Lausanne is the second- largest city on Lake Geneva and is also known as the Olympic Capital of the world. Sports and culture are given much importance in this city. Lausanne rises in terraces of three hills. There are high bridges over gorges of two rivers cutting through the city that make Lausanne a very elegant and scenic place. Lausanne is a commercial town and also an old University town; it is where he headquarters of Olympics Committee is located. This city has a lot of history, which can be felt wandering through the city.

Below Are Some Of The Top Tourist Attractions To Visit In Lausanne:

One of Switzerland’s finest church is the Cathédrale de Notre Dame, which is located in the heart of Old Town. It was built in the 12th or 13th Century and has a gothic architecture. The Church was Consecrated in 1275 by Pope Gregory X which other European Cardinals and Bishops. What strikes one the most is its entrance on the south flank of the church. There are beautiful sculptures in the church that show the coronation of Virgin Mary. Inside, to the right is the Chapel of St. James and in the south transept is the glorious rose window with 105 panels of 13th century stained glass. There is a gigantic organ of 6,000 pipes and the south aisle has gothic choir stalls from 1509. 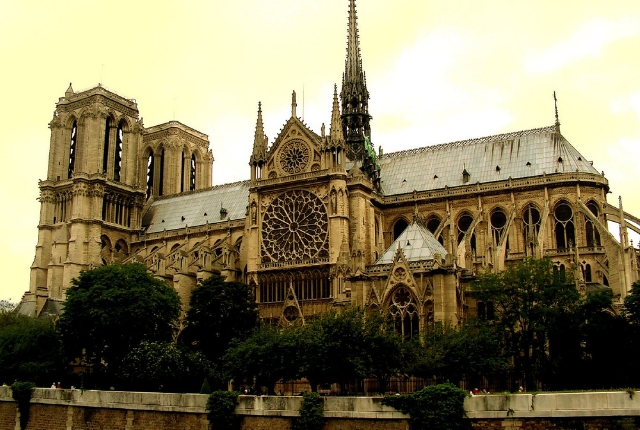 Right below the Cathédral, through the winding pedestrian streets is the Place de la Palud. This is where you’ll see the oldest fountain in Lausanne with ‘justice’ represented on the central pillar. The clock above the fountain shows animated scenes of local history every hour from 9 AM to 7 PM. On some days there are market stalls selling local farm produce. Overlooking the Place de la Palud is Hôtel de Ville, a 15th century town hall, which has two copper gargoyles on the façade shaped like dragons. This market square is f 9th century medieval era and gives every vibe of that time. 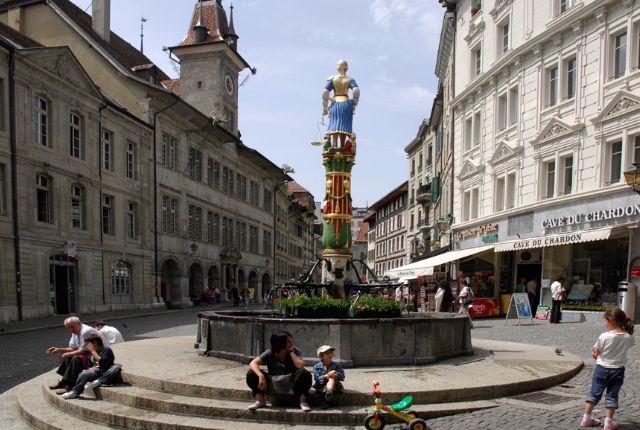 This is one of the most picturesque places in Lausanne. Starting just above Place de la Palus there is a long flight of steps to the terrace on the main door of the Cathedral and was built in the 13th century. Beside the steps there are 16th century buildings and as you climb up you can take a break at the historic Café le Barbare. 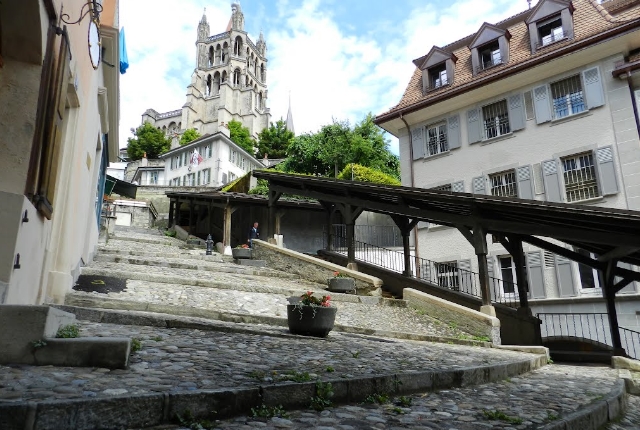 This museum overlooks Lake Geneva and focuses on the spirit of olympics and sports. The museum revels the entire history of the games in both ancient times and modern. Displays include the Olympic torches, posters, equipments and clothing’s of former Olympians. It showcases the evolution of sports technology throughout centuries. There are sculptures of famous Olympians and even the famed Olympic flame. This museum is an essential visit if you are a sports buff. 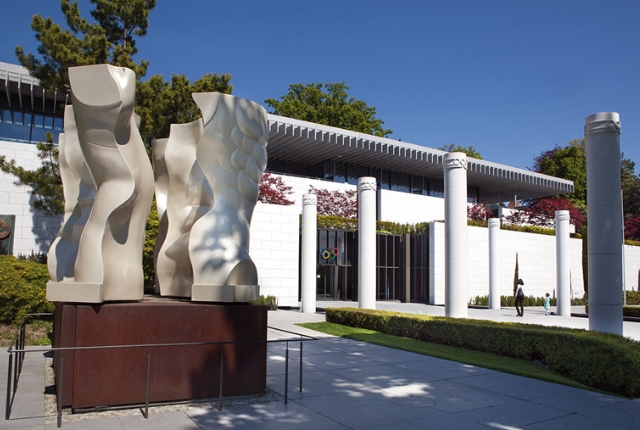 Away from the busy areas of the city is the lakeside neighborhood of Ouchy, which houses a beautiful 12th century castle, the Chateau d’Ouchy. The ouchy district has the elegant Belle Epoch hotels that are connected by a flower- lined promenade between the old and new ports. The Chateau lies at the centre of this promenade. It was at this Chateau that the famous peace treaty between Greece, Turkey and the Allies was signed in 1923 during the end of First World War. This famous chateau is now a luxury hotel. Nearby is the old harbor of Lausanne at Port d’Ouchy. You can see the Thai Pavillion, a gift to Switzerland from Thailand and have a mesmerizing view of to the Savoy Alps.

A huge collection of French artist Jean Dubuffet can be found here. Works of more than 1000 artists is on display at this museum, which is one of the world’s leading museums. Brut means ‘crude’ or ‘rough’ and that is exactly what you get at this extraordinary place as it houses the works from untrained artists put together by Jean Dubuffet in 1970s. 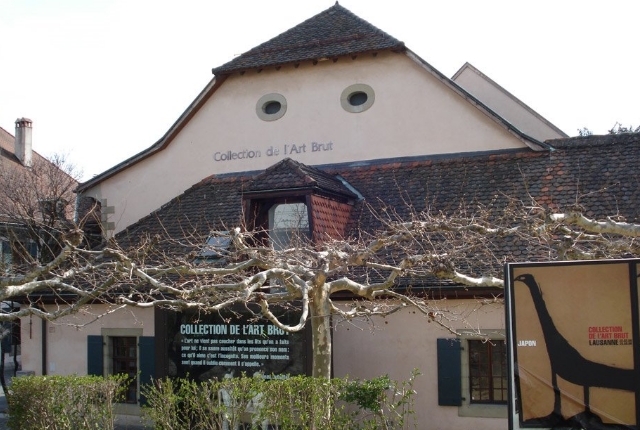 This museum is housed in the 1906 Palais de Rumine where Treaty of Lausanne was signed in 1923 signaling the break up of Ottoman Empire. . Works of French artists such as Edgar Degas, Albert Marquet, Henri Matisse, and Pierre Bonnard can be found here along with the works of many Swizz artists. There is also the Natural History and Zoological Museum nearby. 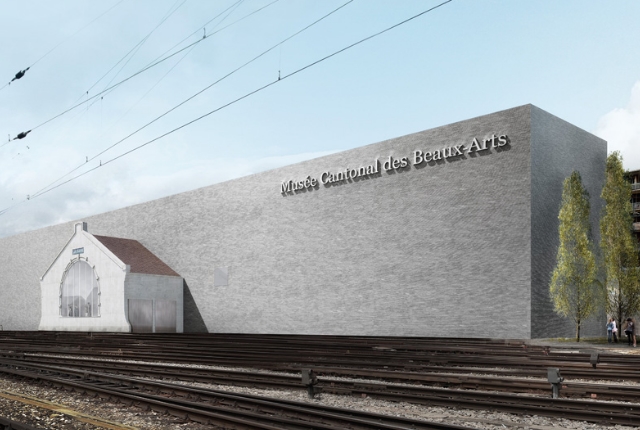 Vidy lies to the west of Ouchy district, which in Roman times was an important trading colony as it was an intersection of River Rhine and Mediterranean Sea. The story of those trades is told in this museum. The museum is all about roman trades and roman times. You will find remain of wealthy residences, bronze objects and more such artifacts. 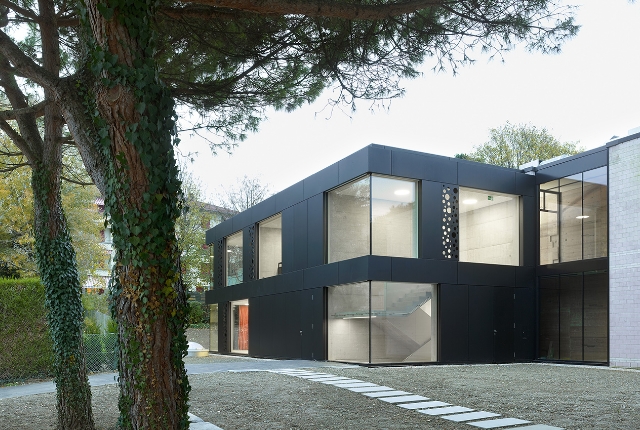 At the opposite of ancient roman lakeside settlement is the very modern area of Flon Quarter. Flon Quarter is very contemporary and the city’s new art hub. Designers and architects have built buildings that are futuristic and the area is full of offices, shops, and restaurants and is always bustling with people. 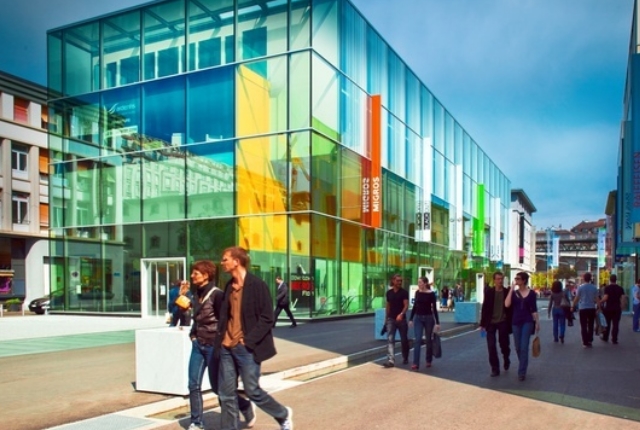 The Church dates back to 13th- 14th century. Its main tower was built in 1523 and inside is full of beautiful stained glass windows from 1907. Lausanne’s Christmas market is held every year in the street outside the church.