Langkawi is one of the most populated tourist places in Malaysia where people from India, China, and Indonesia along many nearby countries visit this prominent destination round the year. It is a widely known archipelago to 99 islands situated on the banks of Andaman Sea. Langkawi has a Thai border intact. The jungle hills, rugged mountain peaks and extensive white beaches make Langkawi a famous tourist attraction in Malaysia. Remarkable beaches, deluxe resorts and international restaurants add to the exquisiteness of the scenic surroundings.

Here, Let Us Explore The 5 Best Travel Destinations That Are Mostly Preferred By The Visitors In Langkawi:

Dataran Lang or the Eagle square is a 12 meter tall structure built on an elevated platform of an eagle posed as if it is ready to take a flight. This Dataran Lang is an exceptional photographic location for international tourists as the place beholds a hoarding saying ‘LANGKAWI’ and makes the trip memorable with legible evidence. Countless restaurants and duty-free shops reside in the neighbourhood. The structure also houses many small fountains, bridges and terraces. Watching a ferryboat ply across the dock is a spectacular sight accessible from the Dataran Lang. 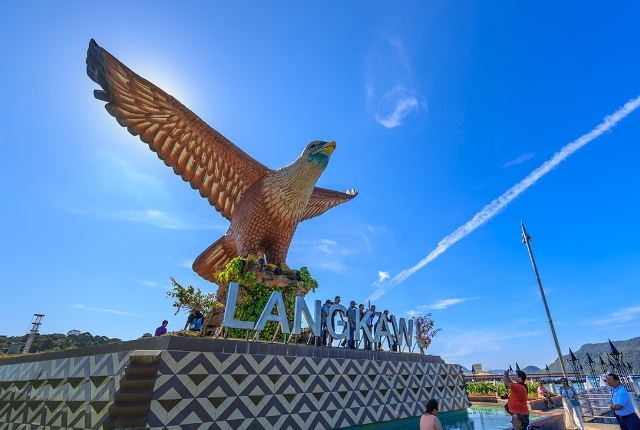 The memorable Langkawi Cable Car takes the visitors to the top of Mount Mat Cincang offering best picturesque sceneries of rainforests, waterfalls and far-off places from the cable car. The journey to the 708 meter tall mountain peak comprises many breath-taking sights to be captured in cameras on the way up. Reaching on the top, you will be faced with chilling cold breeze, few stalls which offer bite to eat and awesome backgrounds for selfies from the observatory top deck. 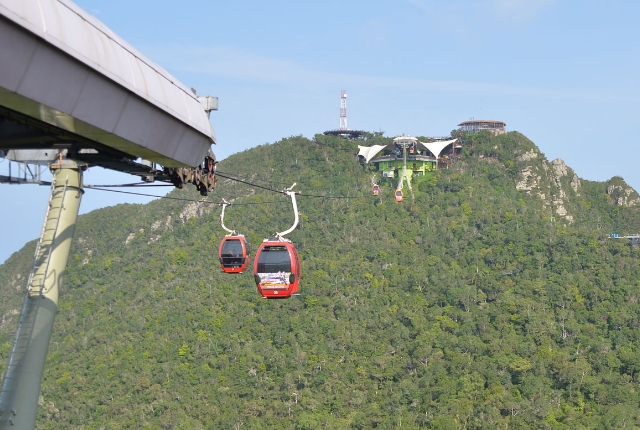 Positioned along the Pantai Cenang town, the Underwater world of Langkawi resides more than 500 species of marine creatures that include sea horses, harbour seals, the Mandarin ducks and the penguins along with flamingos. It is one of the largest fresh water aquariums in entire South-East Asia which is extraordinarily stretched 6 meters. The tunnel that houses the sea creatures is incredibly 50 feet in length. 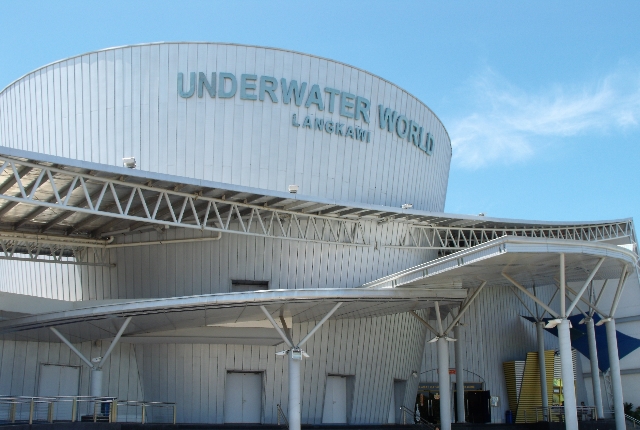 Spotted at the intrepid altitude of 880 metres, the Gunung Raya is widely renowned as the highest peak in Langkawi. The locals believe that the mountain is an epitome of a curse wearing giant named Mat Raya who habituated the island a long time ago. The dense forest in the surrounding habituates many wildlife creatures like hawk eagles, foxes, monkeys, squirrels and many more. As the mountain trails could be quite stimulating to the beginners, it is preferred to bring a guide when your intention speaks of mountain hiking. 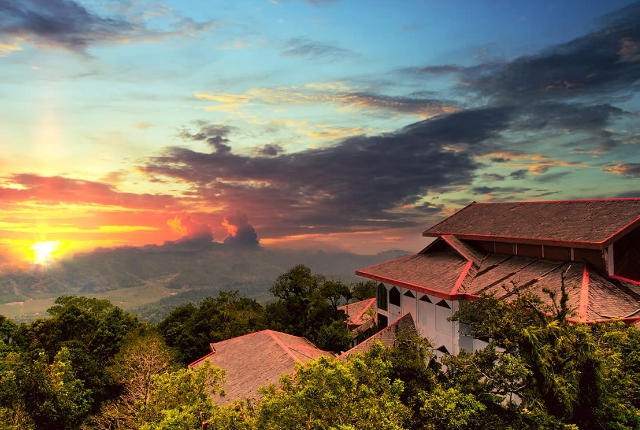 The exhilarating experience of walking on the Langkawi sky bridge is simply beyond compare. The bridge has been filmed in the 2006 Bollywood movie ‘Don’ featuring SRK and Boman Irani in the climax. This bridge is 410 feet in length and is located above the Mount Mat Cinchang. Its construction was completed in year 2005 and is accessible by the Langkawi Cable Car rope ride which begins from the Oriental village near the footsteps of Machinacang. 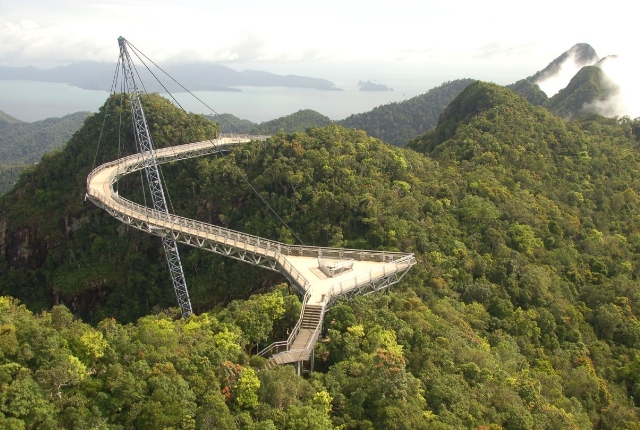 Above mentioned are the 5 top travel destinations for people who are adventure-thirsty and calm-seeking and nature-lovers. So pack your bags and fly off to these exotic locations and be a fugitive that is intently lost in the delicacy of nature. The above mentioned places are surely going to make your trip memorable and fun.