A world famous port, Muscat which literally means ‘safe anchorage’ is a unique and pristine place where modernity kisses the tradition, where strict rules mingle with the diversity offered by the city and where simplicity of the people radiates from the luxury of the city. Museums, forts, beaches, markets, you name it and you have it! We bring you some of the best places which makes Muscat one of the most attractive tourist destinations worldwide and a place worth exploring.

It is the oldest market dating back to 200 years of its existence. It resembles old Eastern markets with wooden roofed alleys stretching from Sea of Oman till old quarters in other part of Oman.

The small market is nicknamed “Market of Darkness” due to its structure which blocks sunlight giving it dark appearance. The market is best known for Arabian perfumes, handicrafts, shoes and spices.. 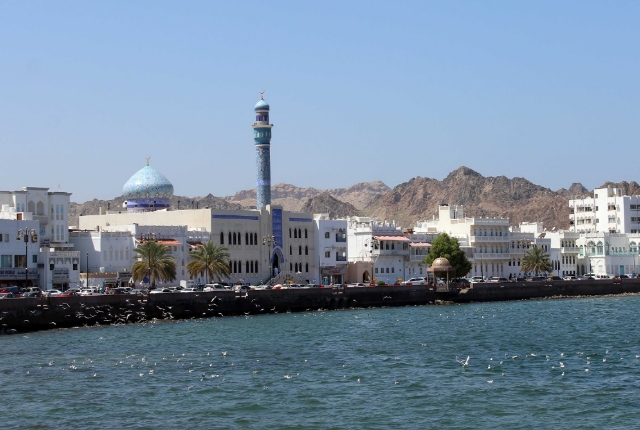 It’s a sea front promenade located along the Bay of Matrah with pavilions constructed along with a walking area. Opposite of the corniche is the beautiful market, hotels and sculptured art forms. The chocolate colored mountains touches the feet of blue sea is a mesmerizing view. 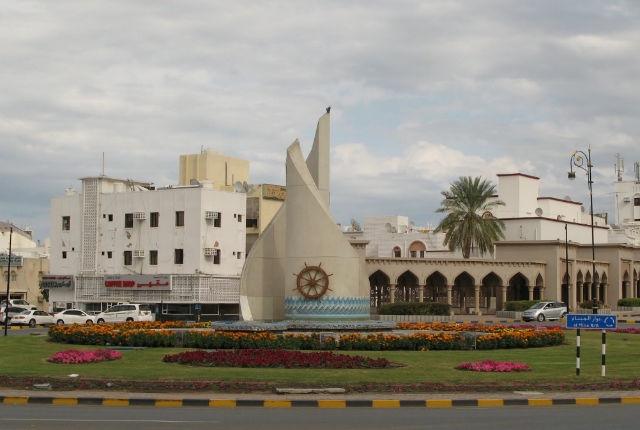 A glorious piece of Islamic architecture, this mosque has some breathtaking features namely, grandiose size with an ability to accommodate 20,000 worshippers; a gigantic prayer hall draped with a Persian carpet which is a humongous 60metre X 70metre handcrafted piece of art weaved by 600 women for four years. The mosque follows traditional norms such as covering hair for women and girls aged 7 years and above, completely covering arms and legs with decent clothing (tight clothes are prohibited). 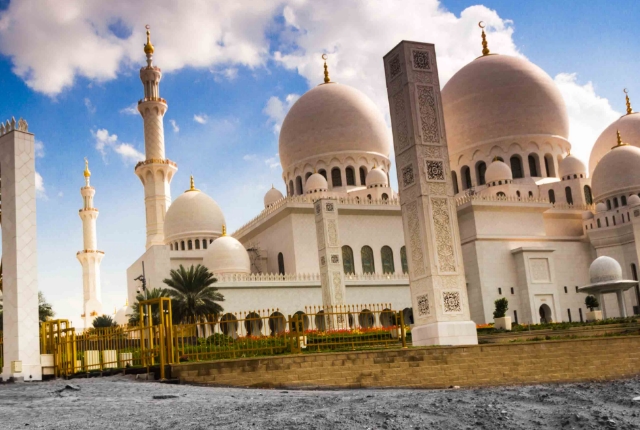 Also known as “Al Alam Royal Palace”, it is situated on Mirami St with blue and gold mushroom pillars emanating from the ground. It is not opened to the public and is meant for special ceremonies hosted by the owner Sultan Qaboos. The palace is situated in the heart of Old Muscat and is neighboured by the office of Ministry of Finance as well as two forts namely Al Jalali and Mirani forts.

It’s a museum constructed in a restored building. It exhibits the rich heritage of Oman in the form of handicrafts, stamps, coins and furniture. It has also become a cultural center and is known to organize and host international exhibitions. You can spend long hours here thanks to a modern café which has come up. 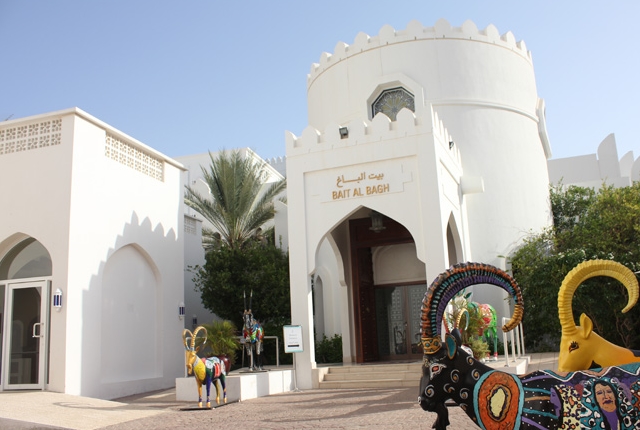 Located in Shatti Al Quram near the Ministry of Foreign Affairs, it is considered as one of the masterpieces of architecture. From outside it is made up of marble whereas the inside features wood and Arabic designs.

The house hosts Royal Oman Symphony orchestra as well as other national and international events and festivals.

The Royal Opera House features latest technological advancements such as configurable subtitles which can be adjusted on a touchscreen provided to each visitor in front of his seat. There are strict dress codes and timings which are expected to be followed by the visitors. 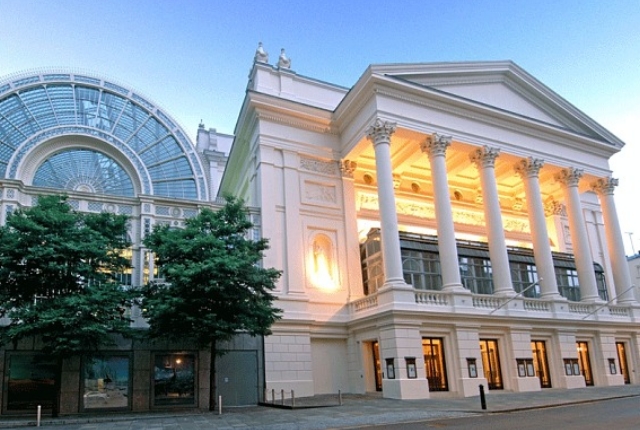 Considered to be one of the most prominent landmarks in the Capital, This is one place where the lithographs take you back to the 19th century Muscat. The fort was initially a mere tower which was later revamped by the Portuguese to bring it to the present form. The magnificent view of the old city captivated by surrounding mountains as well as the harbor calls for special attention. The fort carries a museum which gives a sneak peek into the Oman heritage; unfortunately only foreign dignitaries, head of states and royal people can have access to this fort. 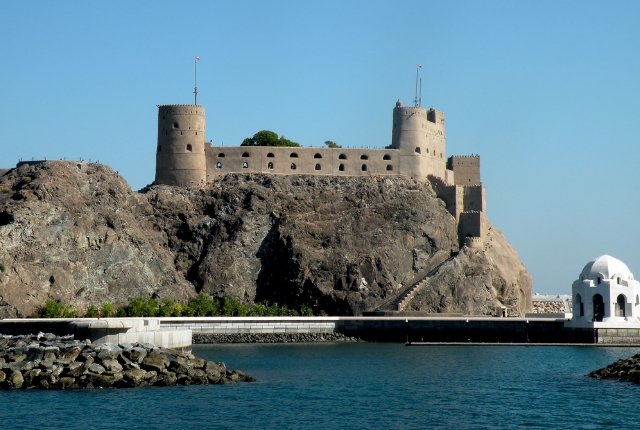 Are you fanatic about gold? Do you adorn this precious metal? Then Mutrah Gold Souq might just turn out to be a right place for you. One of the alleys in the Souq is lined with all the gold shops which carry bridal gold, gold ornaments, and gaudy buckles and belts. Even though the ornaments appear jazzy to few, the sight of such a huge gold repository appeals to the visitor. Close to it runs alleys which carry silver and precious stones. 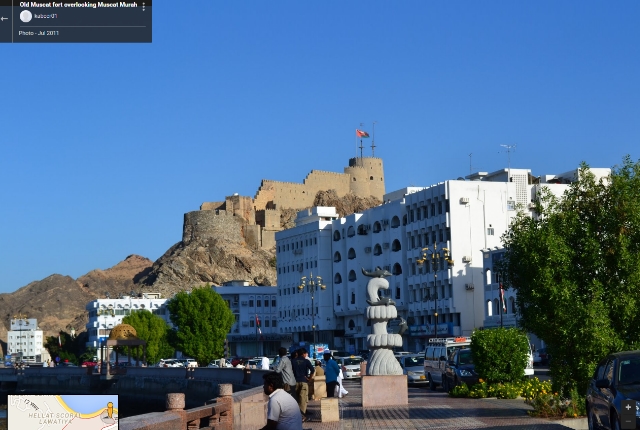 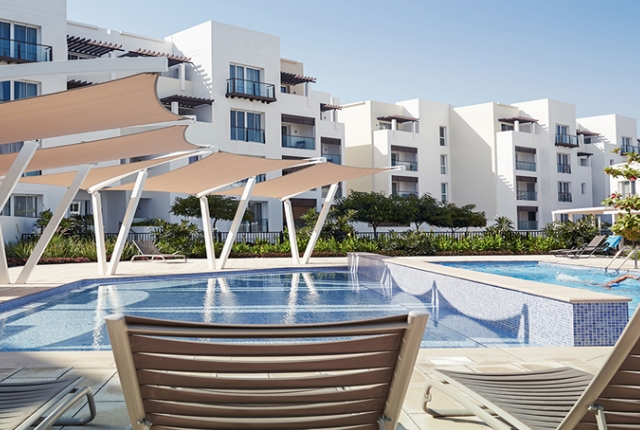 A luxurious exploration can head you straight to this place. Located between Hajjar mountains and Gulf of Oman, the marina offers myriad of activities such as Jacuzzi, swimming pool and fine dining.

Coastal cruises can be made through chartered boats which will give you a glimpse of whales and dolphins as well as sunset cruises.

Scuba diving facilities are available to explore the underwater treasury. Semi-submersible boat exploration in the coral reefs of Bandar Al-Khayran which houses thousands of fishes, crustaceans and turtles is a lifetime experience. 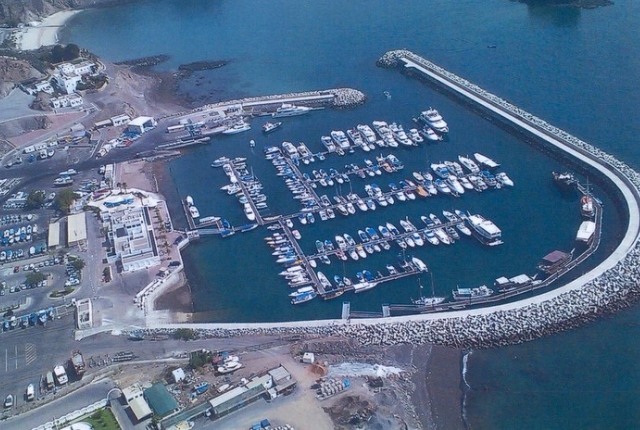