Planning a trip to Ireland is like a dream come true in itself! Not only is the country home to some of the most beautiful, natural sceneries in the world, but it is also home to some of the friendliest people on earth. Not to forget mentioning the myriad other attractions in the form of myriad adventure destinations, man made monasteries, castles, cities and UNESCO World Heritage Sites that will leave you stunned for sure. So take the time to plan out your trip to this dream destination, ensuring that you visit these 20 must visit attractions in the country during your trip.

Here Are Top 17 Attractions To Visit In Ireland:

1. The Cliffs Of Moher

Deemed to be the most visited natural attraction in Ireland, the Cliffs of Manor stand at an imposing height of 214 meters above the Atlantic Ocean. Stretching for 8 km from Dooling to Hags Head, the cliffs house a stunning coastal walk that offers incredible views of the Galway Bay, the Maum Turk Mountains and the Twelve Pins Mountains. 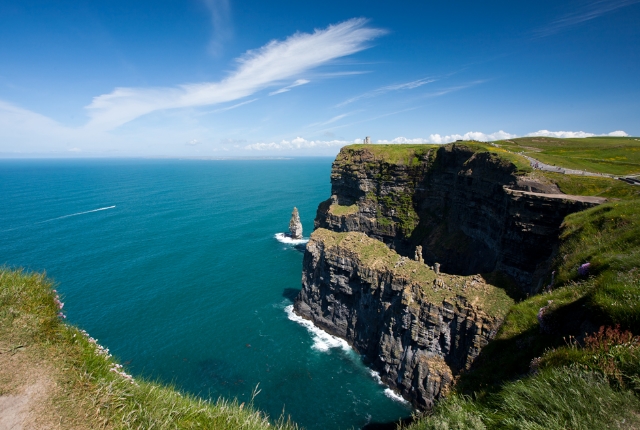 Not many visitors to Ireland know about the Slieve League, a less commercialized, but equally spectacular cliff range touted to be the highest in all of Europe. This less populated area also offers you unspoiled views of the striking coast with lesser crowds so that you can enjoy it all by yourself. 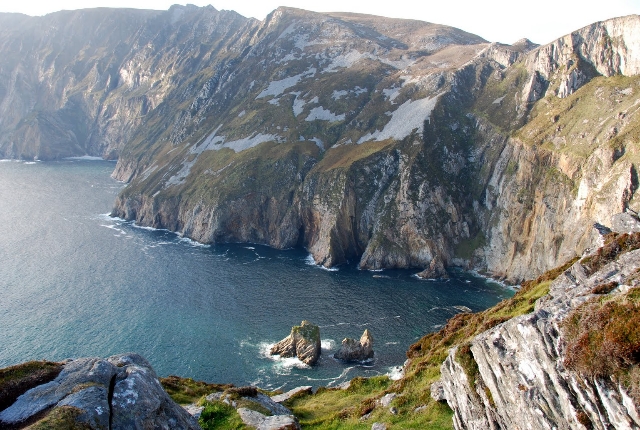 This UNESCO World Heritage Site offers a stunning natural wonder that will make your jaws drop in amazement. Stretching along the coastline is a natural walkway composed of over 40,000 basalt rock formations which were formed from the ancient deposits of the volcanoes in the region. Resembling an exact polygon in shape, the formations are a sight to watch indeed and offer you a beautiful, but strange looking walkway from which to explore the coast.

4. The Ring Of Kerry

Stretching for 120 miles, the Ring of Kerry is a scenic trail that lets you pass through some of the most spectacular landscapes on earth featuring everything from lush green meadows to heather topped mountains and glacial lakes. Must visit highlights on the trail include the country’s oldest walking route, the Kerry Way as well as the Beara Peninsula. The Killarney National Park is also a must visit while here. 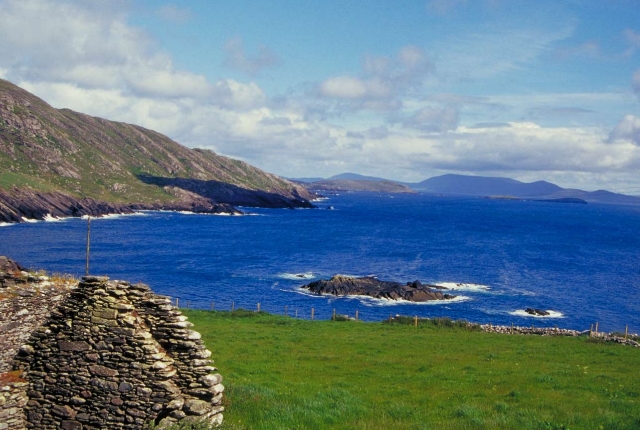 The Kylemore Abbey is part of the Kylemore Castle for Nuns. It was originally a gift in the form of a private home from Mitchell Henry to his wife. After her demise, Henry built the cathedral which stands tall, majestic and truly beautiful to this day in the Connemara National Park! 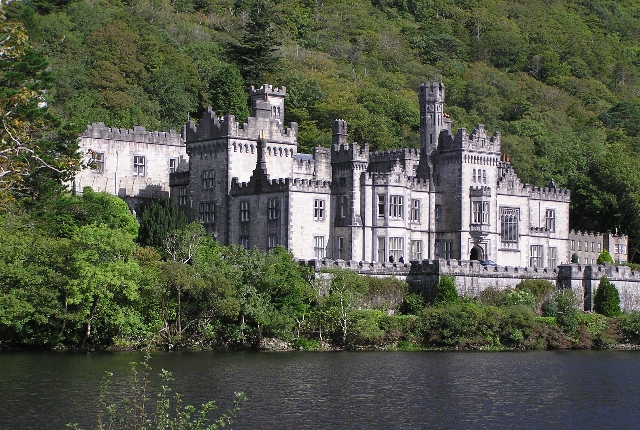 6. The Powerscourt House And Gardens

The Powerscourt House and Gardens is a privately owned home that sits amidst 47 acres of manicured lawns, meadows and spectacular gardens. With the Sugarloaf Mountain playing a stunning backdrop to the home and its gardens, visitors will be enthralled by the serene beauty and rich history of the place. The more recommended highlights include the Rose, Kitchen and Italian Gardens which feature over 200 varieties of flowers, shrubs and trees, and the Palladian home which houses design shops, craft shops and a restaurant. 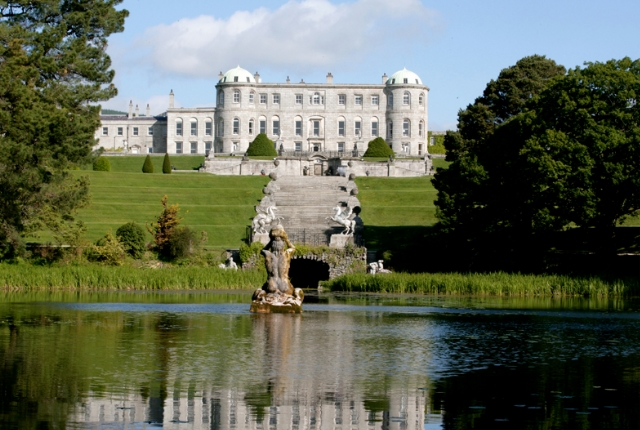 7. The Valley Of The Two Lakes (Glendalough)

One of the country’s most revered monastic sites, Glendalough is located in the Wicklow Mountains National Park. Founded in the 16th century, the monastery impressive remains are a sight to behold and feature a stunning Irish countryside backdrop replete with heather topped hillsides, vast lakes and sweeping meadows.

8. The Rock Of Cashel

Home to several religious structures, the Rock of Cashel is a majestic rock that sits atop the County Tipperary’s Plains. Considered as the throne of powerful kings and churchmen who ruled over the country over 1000 years ago, the limestone rock formation houses a 13th century Gothic cathedral, a High Cross Romanesque chapel dating back to 12th century, and the Hall of the Vicars Choral among other treasured medieval structures. 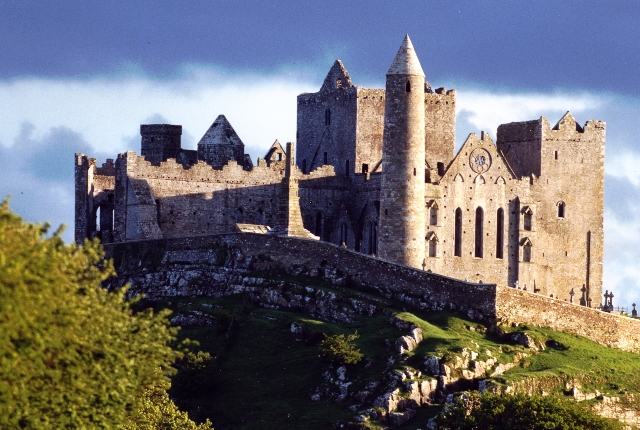 Located close to the Ring of Kerry, the Skellig Islands are a UNESCO World Heritage Site. The two islands, Little Skellig and Skellig Michael house a monastic complex dating back to the 6th century. They are also home to a wide variety of birds like Cormorants, Gannets, Black Guillemots, Herring Gulls and Razorbills along the steep climb up 600 steps to reach the monastic complex. 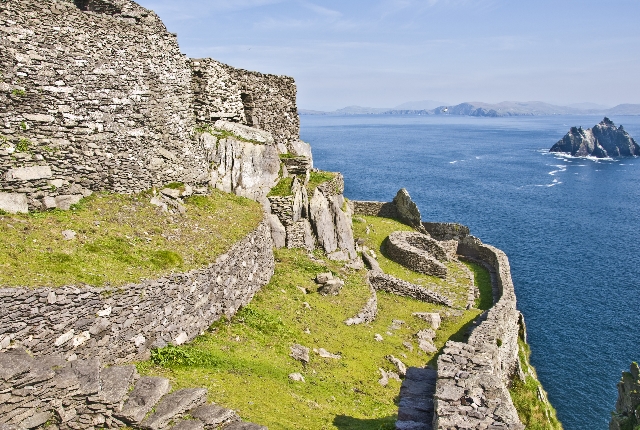 Stretching for over 14000 acres, the country’s biggest national park draws avid tourists from all around the globe. Housing a range of rare wildlife lie the Golden Eagles and red deer, the Glenveagh National Park is a must visit for its astounding mountain top views, the glittering lakes teeming with salmon and the chance to enjoy afternoon tea at the 19th Glenveagh Castle. 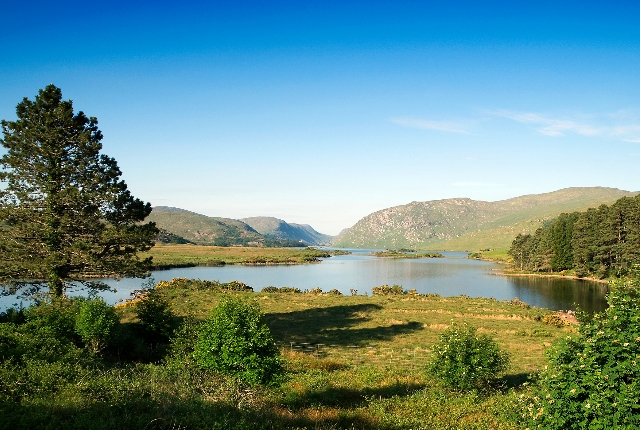 The Connemara National Park is famous for its wild countryside that cover at least three of the Twelve Bens Mountain Range, the Benbaun, Benbrack and Bencullagh. Not only do these areas offer a wide range of interesting climbing and hiking trails, but they also offer you the chance to catch glimpses of the world famous native Connemara Ponies. Not to mention the Kylemore Abbey, located within the park’s boundary. 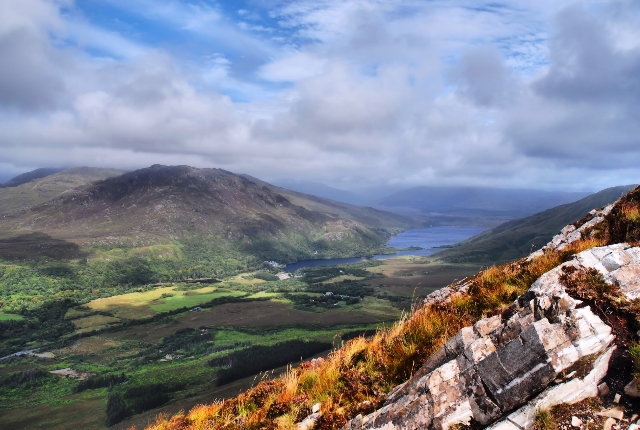 Stretching for an astounding 10236 hectares, the Killarney National Park is home to several natural attractions in the form of woodlands, lakes and mountains. The Park is home to the native red deer and the white tailed sea eagle. It also houses a wide variety of rare birds, fishes and insects. Just beyond the park, the Gap of Dunloe offers you the opportunity to explore a magnificent mountain pass via a jaunting car. 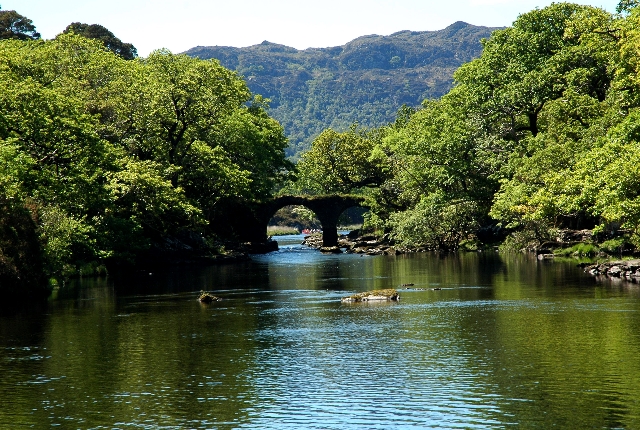 A visit to Ireland is never complete without visiting its capital, Dublin. Dubbed to be one of the literary richest nations in the world, Dublin is home to several attractions that can easily take away a day or two of your visit to the country. Must visit areas include the Trinity College, the Guinness Storehouse, St. Stephen’s Green and Grafton Shopping Street. 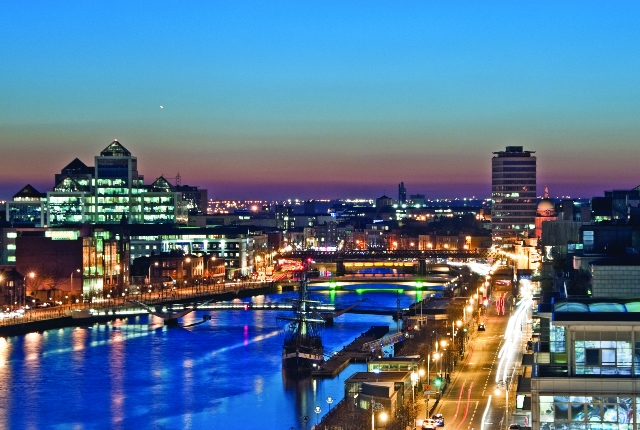 14. The Village Of Doolin

The village of Doolin the epicenter of Ireland’s trad aka traditional Irish music. Visit the village for its informal and yet, lively music sessions involving everything from ballads to jigs played with fiddles, hand held drums, accordions and tin whistles, etc. You will cherish the experience for sure. 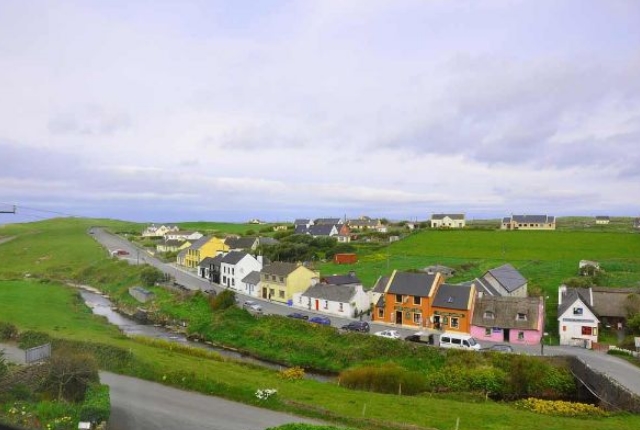 15. The Villages Of Dalkey And Killiney

What Doolin is to music, Dalkey and Killiney are to art! The villages of Dalkey and Killiney attract visitors from around the world owing to a plethora of artists, writers and musicians who have made their home here. These include songstress Enya, filmmaker Neil Jordon and U2’s Bono. Apart from meeting celebrities, you can choose to visit other attractions like the Heritage Center, Killiney Hill, and the Dalkey Island. 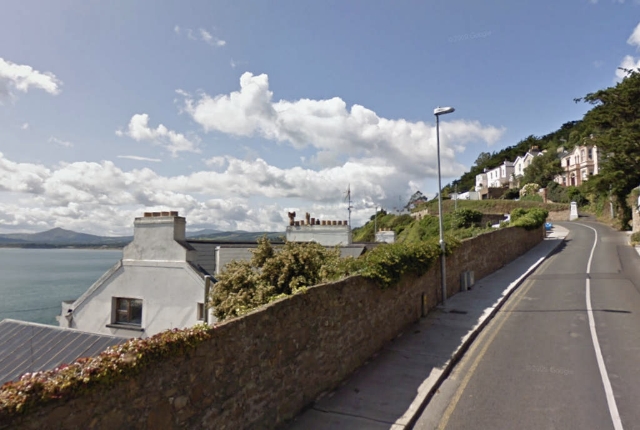 Kinsale is a hot spot for tourists visiting Ireland in the summer seasons. The coastal town has a Spanish feel about it and comes complete with myriad activities like fishing, sailing and coastal walks for those who love the sea. Kinsale is also home to several restaurants that serve the best seafood in the country, hosting an annual Gourmet Festival for locals and tourists alike. Don’t miss a visit to the historical Charles Fort while here as well. 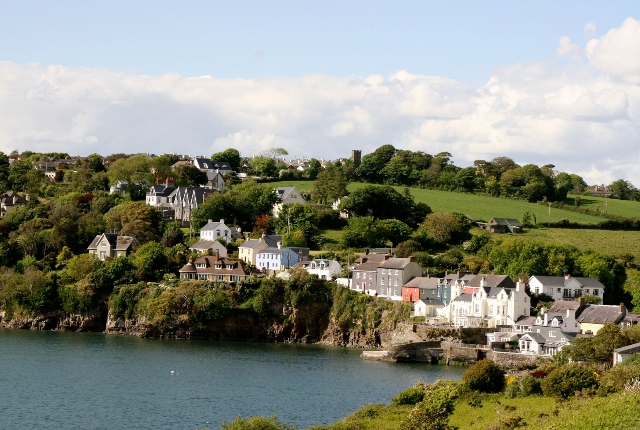 Off the radar for quite some time till now, the Aran Islands offer visitors a genuine taste of Ireland as it originally was before civilization creeped in. Featuring three islands (Inishmore, Inishmaan and Inisheer) that house only about 1200 inhabitants in all, the Aran Islands offer a mash up of stunning sceneries and fascinating archaeological heritage hard to find anywhere else in Ireland today. Don’t be surprised if you notice no cars on the streets or find the locals still speaking Ireland’s first language, Gaelic. 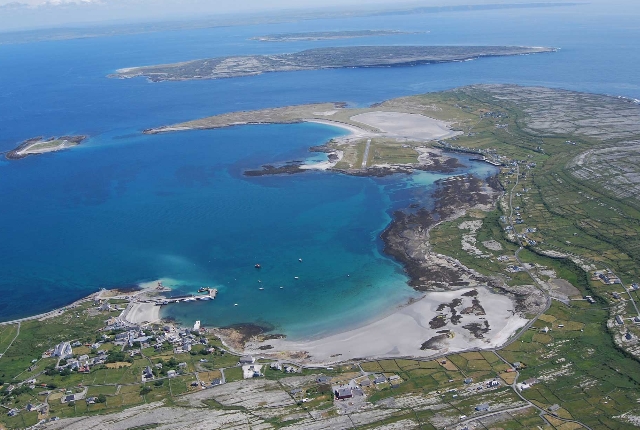