When it comes to the matter of exploring some amazing places of Europe, the country Greece always comes into mind. This is because of the awesome history and some of the gorgeous places that Greece contains. Also the country has a diverse culture and its civilization has been quite famed since ages and this is solely due to the fact that the entire area of Greece suits the inhabitants where they can have some splendid time by settling down. However, apart from the mainland of Greece, there are also few other islands of the Greek archipelago which can be some wonderful holiday and honeymoon destinations on the whole.

Most of the islands actually sit on the Aegean sea and among those stunning stunning islands, Thasos takes a formidable place as it is one such a Greek island that is quite famous for some of its holiday spots and also many of the visitors do explore this place to experience some amazing time partying around and also spend their time with their loved one for honeymoon. In this regard, this article vividly features some of the must visit sites of the Thasos island which shouldn’t be missed out at any case when this island was explored.

The Archaeological Museum of Thasos is a splendid museum that is located at Limenas, the island of Thasos. This museum was actually started in the year 1934 where an old house became the center for this museum. However, as years passed by this museum was fully developed and also this has become highly operational with all sorts of store rooms and workshops.

This museum is a splendid display of the ancient life of the Greeks and also one could get an overview of the entire civilization and their lifestyle during the ancient ages.

Also some of the remnants of the neolithic ages gives the readers a spectacular overview of all the inventions and some other things of that age. Some of the sculptures that are included in this museum depict the greatness of the ancient Roman civilization as well. The  three-and-a-half-meter kouros is actually the statue of a man carrying a goat which dates back to the year 300 B.C is something that gets to captivates the hearts of many of the visitors. Apart from this statue, there are also many other exceptional sculptures that describes the greatness and his innovative lifestyle during the early ages. 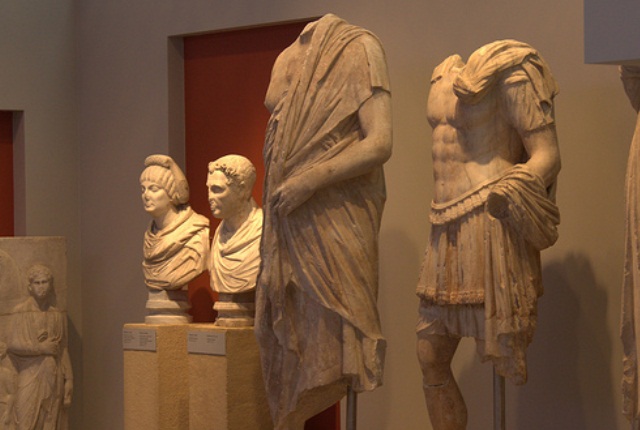 Saliara beach is indeed one of the most spectacular beaches of Thasos island which has to visited to experience some stunning adventures and partying. This beach is also called as marble beach and is located about 5 kilometers from Limenas.

This beach is called as marble beach because of the fact that it contains white small pebbles all round the beach that actually resembles a marble.

This has become quite a popular one during the recent years as it remained underdeveloped for centuries. The color of the water and the scope for adventures such as snorkeling makes it one of the prominent beaches of the Thasos island on the whole. 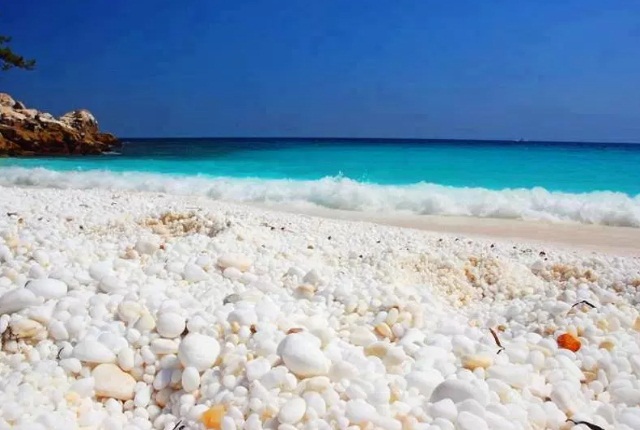 Thasos is undoubtedly a great destination for beaches as there are high number of beaches that are spread all around the island. However, one has to make sure that they are actually visiting a particular beach according to their interest and this is because of the fact that some beaches might be suitable only for particular purpose.

For instance some of the beaches might actually be suitable for relaxing, some for partying while some other beaches to carry out some spectacular adventures.

Giola beach of the Thasos island can entertain the swimmers to the maximum extent and this is actually a natural rocky pool that is located in the region of Astris. The rocks are pretty high where some of the rocks even exceed more than eight meters . Hence it is highly recommended for those individuals who are highly interested in diving and also swimming. The path to reach this particular pool isn’t quite easy as one needs to walk a bit beacuse of the fact that many of the vehicles doesn’t go beyond a certain area. 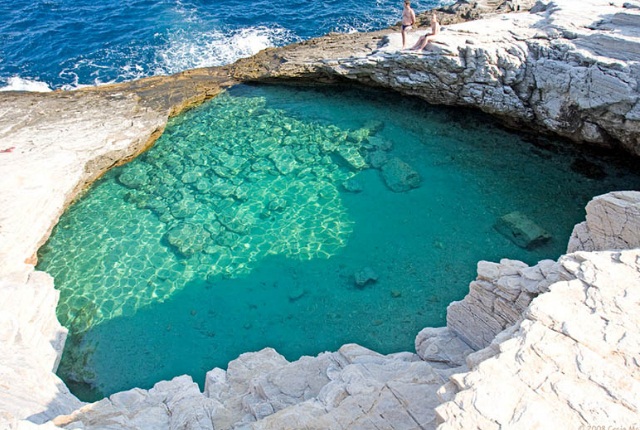 The beach is actually a part of an organised resort and it is quite easy to get around the beach.

One can find numerous restaurants and hotels all round the beach which makes one to easily access round. This beach particularly suits all the type of beach lovers where there are numerous opportunities to carry out some exciting water adventures and also get yourself indulged in some romantic walks. 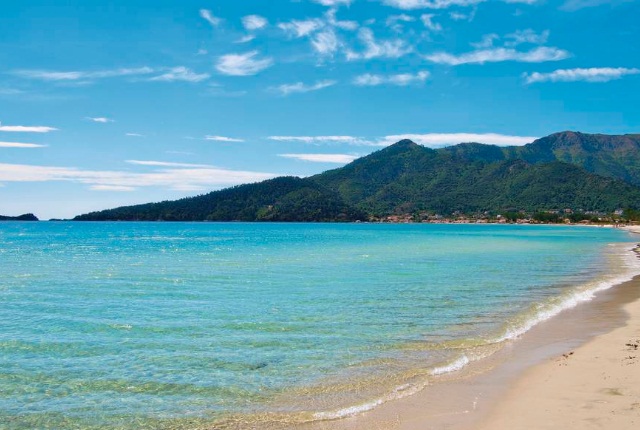 This Ancient Agora is well known to be the commercial and the religious center of the island which is said to have built during the 4th century B.C. This center was actually discovered by the French excavation school in the year 1984-85 and made it a prominent place to explore the ancient lifestyle of the Greeks. 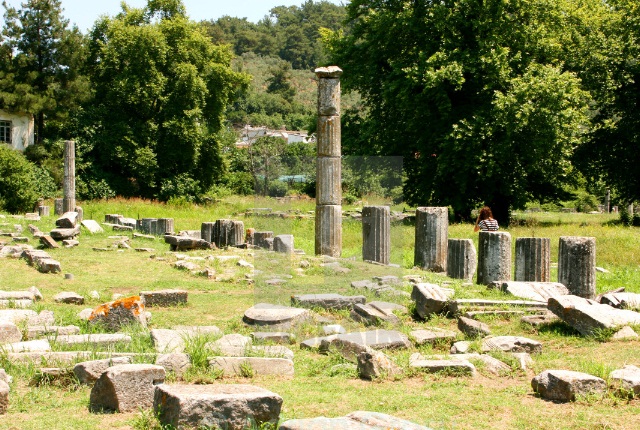 This is a spectacular museum that vividly features the construction of various factories and the production of olive oil in Panagia during the twentieth century and this is surely an exciting place to explore.

This is one of the most prominent archaeological site in the island of Thasos that gives you an overview of the patrimonic gods of the 5th century B.C. 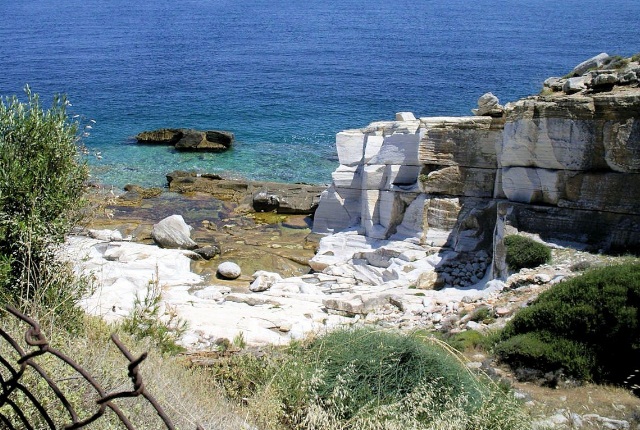 This is yet another archaeological site located on the top of the Agora hill and this has armoured walls made of marble and it depicts the defense system of the ancients Greeks. 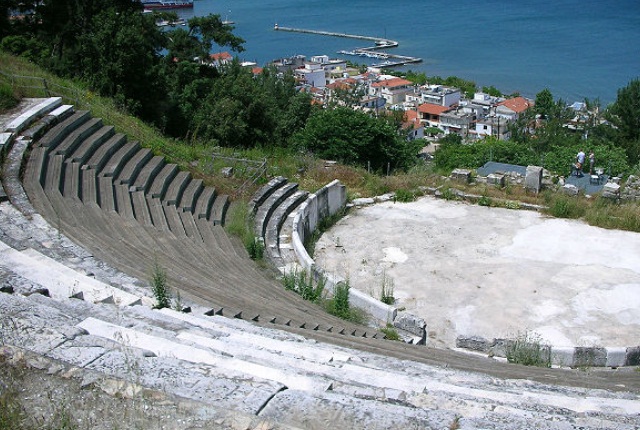 One stunning fact about this island is that it has an artificial lake that is located in the village of Maries and is developed to improve the condition of dense vegetation. There are also numerous camping sites that are available all around the lake which makes it woth visiting. 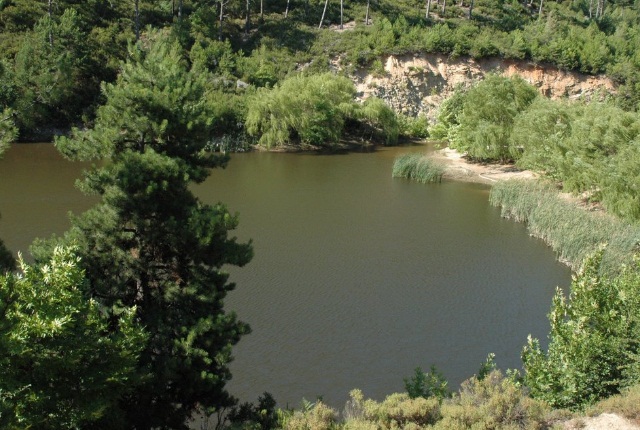