Argentina is one of the world’s most naturally gifted countries. It boasts of huge endemic species of wildlife from rare birds to almost extinct mammals and of course, whales. The country has many natural attractions from mountains to waterfalls and the cities remind one of colonial times with a touch of modernity.

Below Are Some Of The Must Visit Tourist Attractions In Argentina:

Iguazú Falls are undoubtedly the no. 1 destination in every tourist’s list. Located in the northeastern part of the country near the borders of Paraguay and Brazil, it is the highlight of the Iguazú National Park. Iguazú Falls are taller and twice as wide as the Niagra Falls and are one of themore beautiful and largest waterfalls in the world.

Iguazú falls as are mad up of some 275 individual waterfalls but what makes the experience wonderful are the surrounding jungles and lush- green trees.

At the heart of the sight is a semicircular waterfall, which is called the Devil’s Throat. The National Park is very well maintained and you can stand right on the edge and get very close to the waterfalls. While this maybe a little frightening it will be the experience of a lifetime. These falls are a UNESCO World Heritage site. 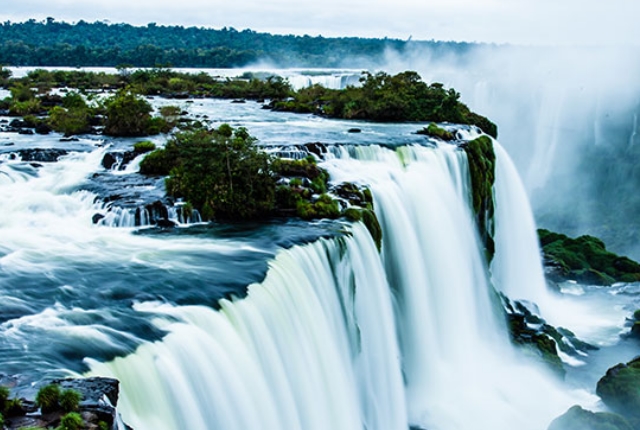 The Perito Moreno Glacier is an enormous glacier located in the Los Glaciares National Park in Patagonia. It is the largest glacier found after Greenland and Antarctica. Los Glaciares National Park is a great tourist attraction in itself. It is one of the natural wonders of the world. If one is lucky they will get to see giant blocks of ice breaking off and crashing into Lake Argentino. The glaciers are located in southern section of the park but the northern section is also a must visit as there are mountains like Mount Fitz Roy that offer hiking and mountain climbing. 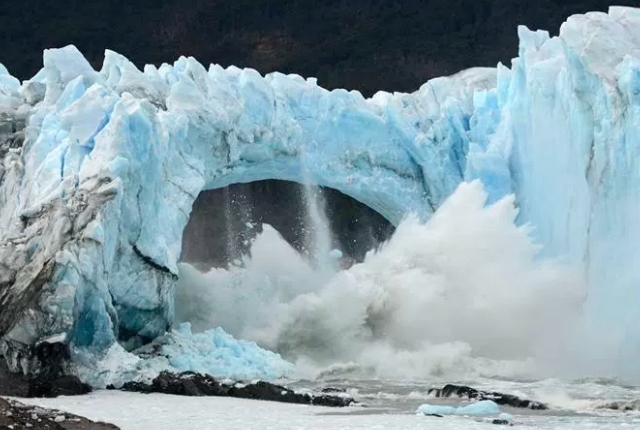 Ushuaia- Fin El Mundo or the end of the world. The Patagonian region is one of the few places on earth that are so beautiful and isolated. This region hosts the “southern most city in the world”- Ushuaia, which is the gateway to Antarctica. It is situated in the Beagle Channel and is so isolated that it was formerly a penal colony and naval base but today, is a major tourist attraction. This is the town from where all cruises to Antarctica start. 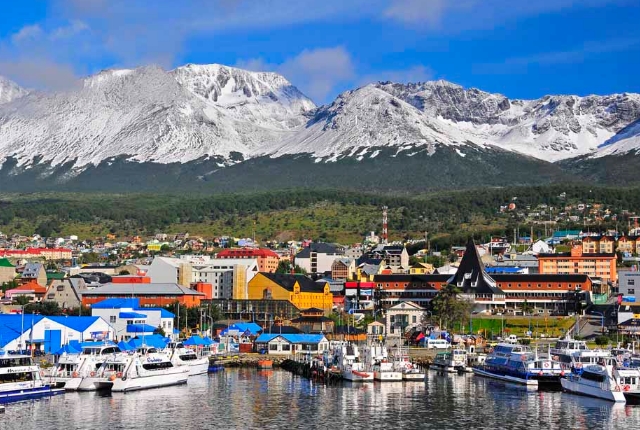 While its common name is San Carlos de Bariloche, this small village is also known as ‘Switzerland of the southern hemisphere.’ Located on the foothills of Andes, this village is famous for its Swizz- like feel complete with lots of chocolate shops, swizz- like architecture, surrounded by snow- capped mountains and a serene lake. This small city is located in the Rí Negro region of Argentina and is one of the largest and countries hottest ski destinations. 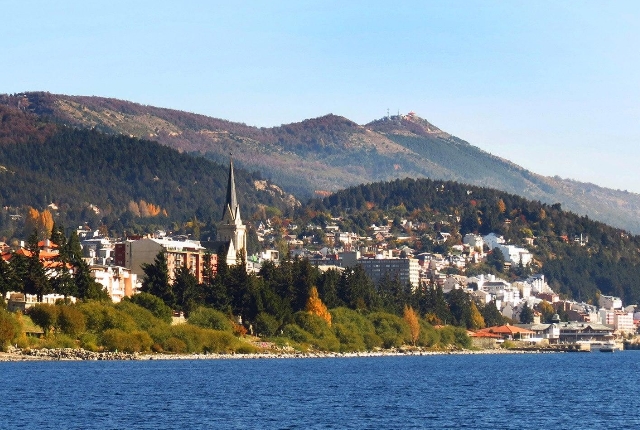 Again located in the Patagonian regions, Valdes Peninsula has a phenomenal variety of mammals. To get the best experience make sure you go in the right season as the peninsula attracts penguins, sea lions and seals. Whales can also be spotted between May to December. Land animals can also be spotted such as foxes, maras, guanacos, etc. The peninsula hosts colonies of many protected and endemic wildlife. 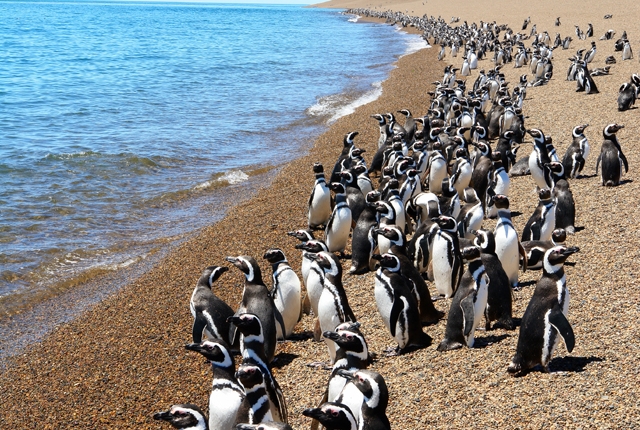 Puerto Madryn is a city located on the shores of Gulfo Nuevo and is known as the gateway to Peninsula Valdes. It is a popular summer beach destination despite the cold water. There are watching tours that attract people interested in spotting the Southern Right Whales as they are breeding and giving birth that season.

This season is between July to September and the whales are very close to the shores.

Additionally there are trips to see Magellanic Penguin colony in Punta Tombo Natural Protected Area, which is about 180 kms south and there are of course the excursions to Valdes Peninsula. Welsh originally settled Puerto Madryn and the city still has some links to its Welsh history in terms of architcture and even traditions. Visitinga Welsh Tea house is also a must. 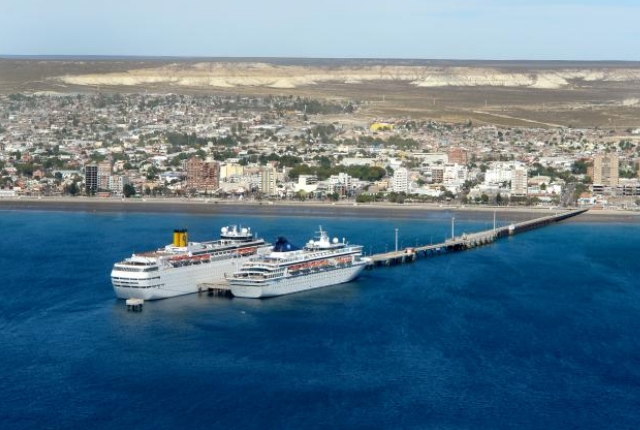 Mar Del Plata is the countries top beach resort city. Once the retreat for the high class or aristocratic society, this city is flooded by all kinds of tourists in the summer months. Its sandy beaches and lively culture make for a relaxing and fun getaway. The city is located on the Atlantic Coast of Buenos Aires Province. 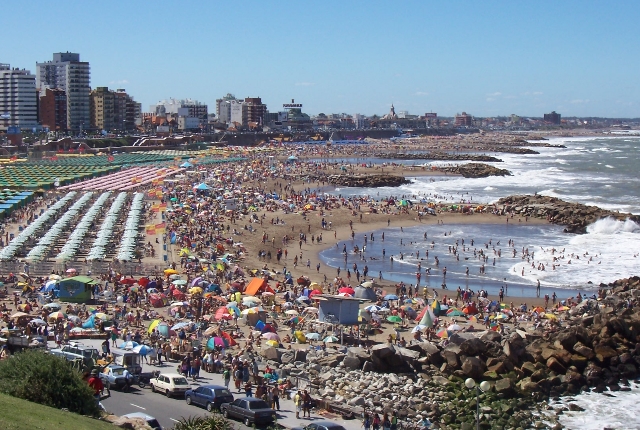 Cordoba is at the centre of Argentina ans is the second largest city after Buenos Aires. This city is surrounded by picturesque valleys and mountains and has a great colonial Spanish influence in its architecture. There are many palaces, monuments and churches to visit in the city and most can be found in the city centre known as the Jesuit Block. Cordoba also has a huge student population, making the place very lively and entertaining. 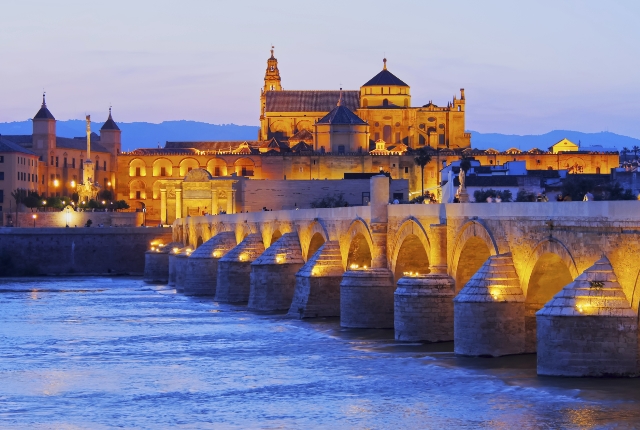 This is where the famous Argentinean wine comes from. Located in the eastern foothills of Andes, Mendoza region is the largest wine region in South America. The city has numerous vineyards and wine tours.

There are also other activities such as rafting and skiing in he Andes.

This region is also in close proximity to the Aconcagua, the highest mountain in the Americas. The city offers beautiful scenery and adventures, which make it a relaxing and thrilling place. At the heart of Mendoza is the Independence Plaza or the main square, which is the happening area of the city bustling with crowds, restaurants, shops and museums. This place is specially happening at night. There is also a very colourful Inca Bridge that can be visited. 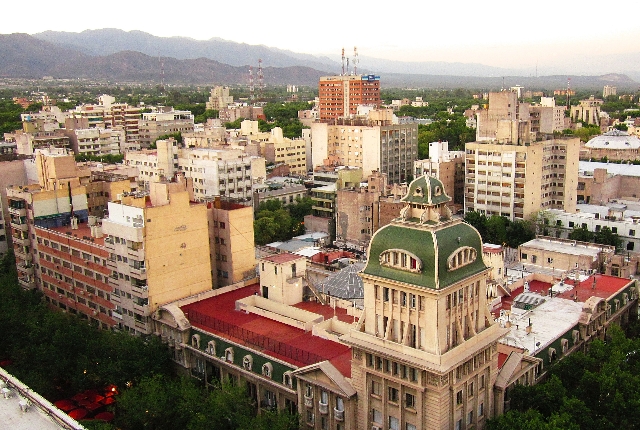 This colourful neighbourhood is one of the most photographed areas of Buenos Aires. A very happening part of the city, its bohemian streets are filled with quirky shops, cafés, museums and statues, which make this place very lively. The area reminds of the Italian immigrants that arrived in 1800s. The area is an artist’s paradise and many artists can be found drawing and selling their work here. Music fills the air and impromptu tango performances make the area very exciting. 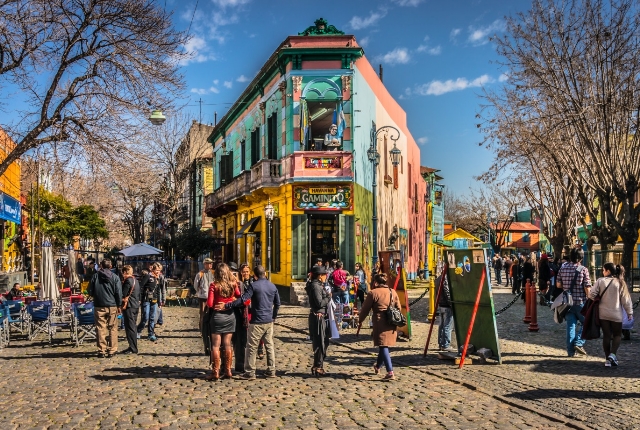