Malta is a tiny island nation that is situated between Italy and Libya. Malta is best known for its stunning natural beauty. This tiny island abounds with rocky stretches of coastline, massive limestone cliffs and pristine red-gold beaches. Malta also has numerous important prehistoric sites which attracts tourists from across the globe. The unique cuisine, fantastic climate and friendly locals adds to the overall charm of Malta. Haqar Kim Temple, Casa Rocca Piccola and National War cemetery are some of the best tourist attractions this gorgeous European nation has to offer. To discover more about the remarkable things you can do in this tiny island nation, read on.

Here Are 10 Remarkable Things To Do In Malta:

Hagar Kim the impressive megalithic temple complex on the island of Malta, dates back to circa 3600- 3200 BC (Ggantija Phase). One of the best preserved limestone temples in Malta, Hagar Kim, commands sweeping views from atop its hilltop perch – which overlooks the aquamarine sea and emerald green island of Filfla.

This stunning temple was excavated in 1839.

The unique clover shaped design of the Hagar Kim Temple is common of the Neolithic temples which are spread across the length and breadth of Malta. The Hagar Kim Temple Complex comprises of a grand central building and two smaller structures. 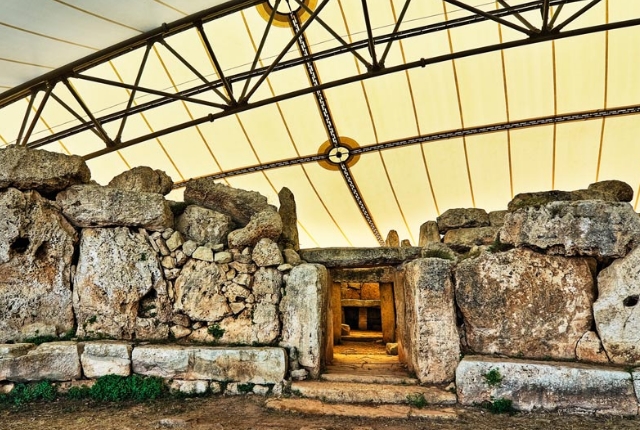 The grand Casa Rocca Piccolo Palace is located in Valletta, the capital city of Malta. This 16 th century palace is the official residence of the aristocratic de Piro family. The Casa Rocca Piccola was built originally for Don Pietro La Rocco, a highly decorated knight of Malta. Today, thousands of tourists visit this noble residence cum museum. Some of the noteworthy collections which are housed inside this grand palace include invaluable silver artifacts, extensive collection of Maltese furniture and several priceless pictures. Visitors to Casa Rocca Piccola should also explore its beautifully landscaped gardens and the underground World War II bomb shelters. 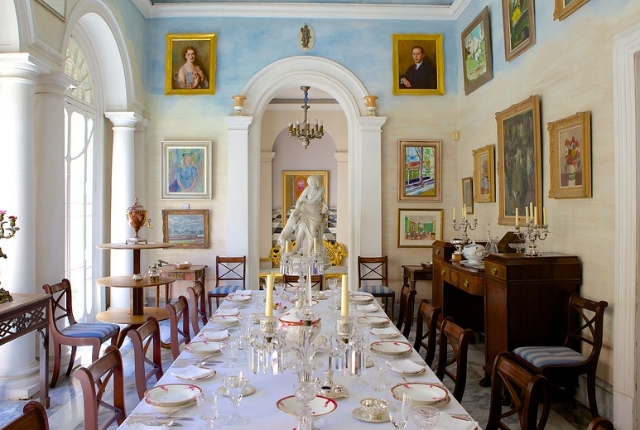 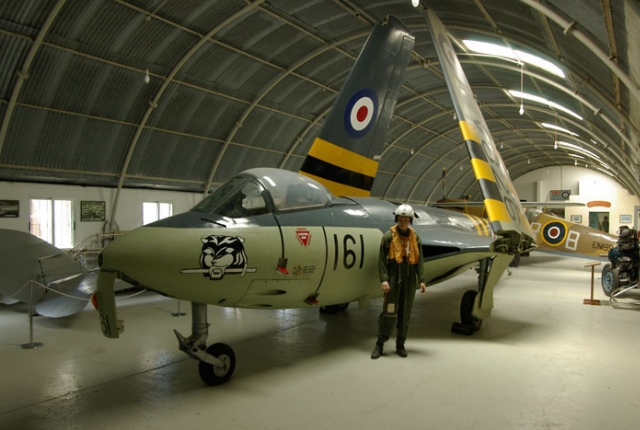 The Blue Grotto, a complex network of sea caverns, is located on the southern coast of Malta. These fantastic sea caverns were named after the Grotta Azzura in Capri by a British soldier. The Blue Grotto comprises of a series of limestone arches and natural caves which extend out into the sea. The Blue Grotto is so called because the walls and ceilings of these caves mirror the stunning blues and greens of the Mediterranean Sea. Visitors who want to explore Blue Grotto can sign up for guided boat trips. 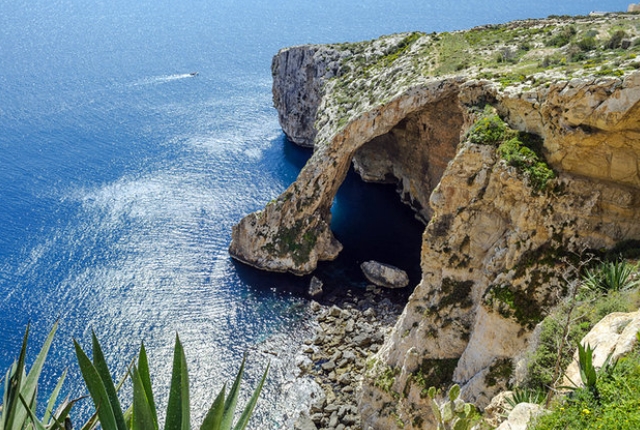 5. Be Awe- Inspired By The Grand St. John’s Co-Cathedral

St John’s Co- Cathedral one of the most splendid Baroque churches in the world, was built by the legendary Knights of Malta between 1573 and 1578. This impressive church was designed by the famous architect Gerolamo Cassar.

The stark facade of this church reflects the knight’s military expediency.

In contrast to the simple exterior, the lavish interior of this church abounds with numerous gilded vaults, poly-chrome marble floors and exquisitely painted ceilings. The St Johns’s Co-Cathedral also has 9 grand chapels. The museum which adjoins the grand church, houses numerous objet d’ arts, rich tapestries and beautiful paintings – all of which belong to the grand masters.

The exquisitely landscaped Upper Barrakka Gardens which is located in the capital city Valetta is yet another popular tourist attraction of Malta. The beautiful Barakka Gardens which affords picturesque views of the Grand Harbor is located right next to the Castille Palace. These colonnaded gardens were built in the 16th century for the knights of Auberge d’Italie. This quiet haven also has numerous noteworthy memorials and monuments. 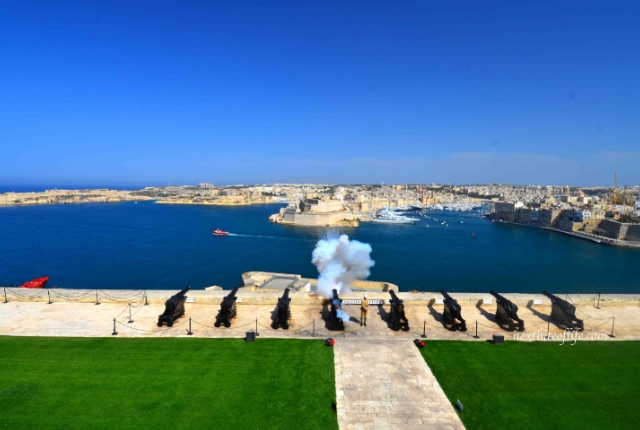 7. Explore The Hypogeum Of Hal Saflieni

The Hypogeum of Hal Saflieni a megalithic structure which is located in the city of Paola is an important UNESCO World Heritage Site. This gigantic, subterranean, coralline limestone structure – believed to be the oldest prehistoric underground temple – was built in several stages between 3600-2500 BC.

Hypogeum of Hal Saflieni is shrouded in mystery since its discovery in 1902.

This massive underground structure comprises of numerous chambers (the Snake Pit, Oracle Room, Holy of Holies and Decorated Room). The walls of these labyrinthine chambers are decorated with fantastic shapes and patterns. Extensive exploration of the Hypogeum of Hal Saflieni has unearthed numerous valuable artifacts. 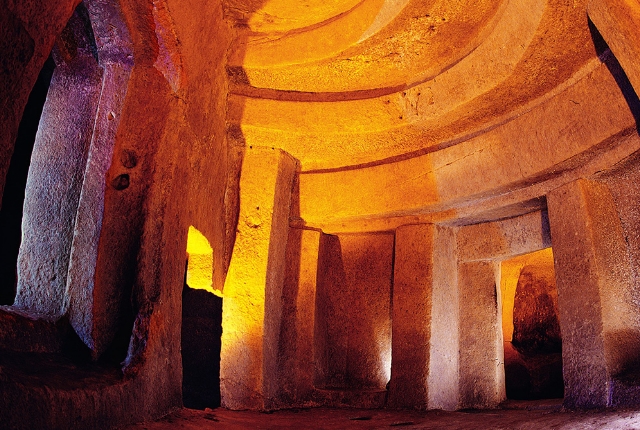 8. Enjoy An Opera At The Stunning Manoel Theater

Manoel Theater, which has earned the unique distinction of being the third oldest theater in all of Europe, is located in the city of Valetta. The 18th century Manoel Theater was constructed by Grand Master Antonio Manoel de Vilhena in 1732. Today, this baroque gem which is known for its awesome acoustics attracts performers from around the world. This theater stages everything from contemporary plays to grand operas. After enjoying a wonderful play at this theater, visitors can retire to the cozy Café Teatro which is located in the theater’s courtyard. 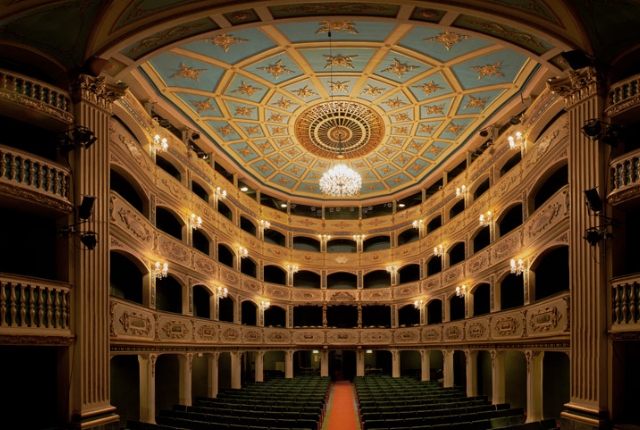 St Paul’s Catacombs have derived their name because of their close proximity to the St. Paul’s Cathedral. These catacombs which comprise of extensive burial grounds represent the oldest as well as the largest evidence of Christianity in the island of Malta.

The extensive catacombs were discovered in Rabat, a town in the northern region of Malta, in 1894.

A visit to Malta is incomplete without visiting the magnificent Fort Rinella. Fort Rinella which is also referred to as Rinella Battery is a Victorian battery is located in Kalkara, a small picturesque village which is situated in the South Eastern Region of Malta. The coastal battery of Rinella was built by the British  sometime between 1878 and 1886. One of the chief attractions of Fort Rinella is the 100 ton gun which is housed here. 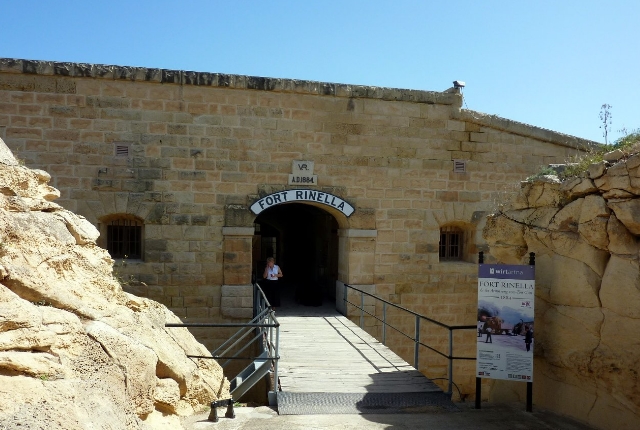