Egypt is a huge country linking North-east Africa to Asia. It is well-known around the world for the famous Pharaohs (rulers in ancient times). Egypt is an exciting destination, popular for numerous tombs and temples that date back to the ancient times. Some highly popular tourist spots in Egypt are Pyramids of Giza, Great Sphinx, Karnak temple and Valley of the Kings. The capital city of Cairo is famous for Ottoman landmarks such as Egyptian Museum and Mohammad Ali Mosque. From vast expanses of desert, to the legendary river Nile, to scuba diving and other countless spots of archaeological significance, there’s something for all adventure lovers and those who seek eternal peace in Egypt!

So Without Much Ado, We Give You The 10 Most Scintillating Tourist Spots In Exciting Egypt:

The Giza Pyramid Complex is an archaeological site of great historical importance situated on the Giza Plateau, very close to the capital city of Cairo. It consists of three ancient pyramid complexes, known as the Great Pyramids, the huge sculpture called as Great Sphinx, numerous cemeteries and a worker’s village. It’s exact location is approx. 9 km west to the river Nile, at the old town of Giza and about 13 km from the Cairo city centre in the Libyan Desert. 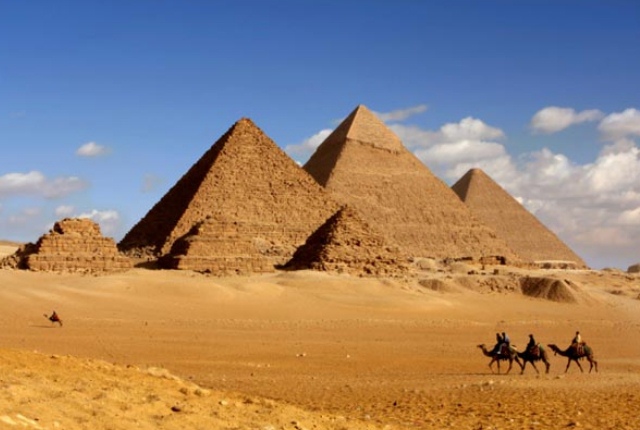 Great Sphinx of Giza popularly referred to as “The Sphinx”, is a statue made of limestone portraying a reclining sphinx which is an ancient mythical creature that has the body of a lion and head of a human. The face of the Sphinx is commonly believed to be of the Pharaoh Khafre. It is facing from west to east and stands on the Giza Plateau on the western banks of the river Nile in the city Giza. 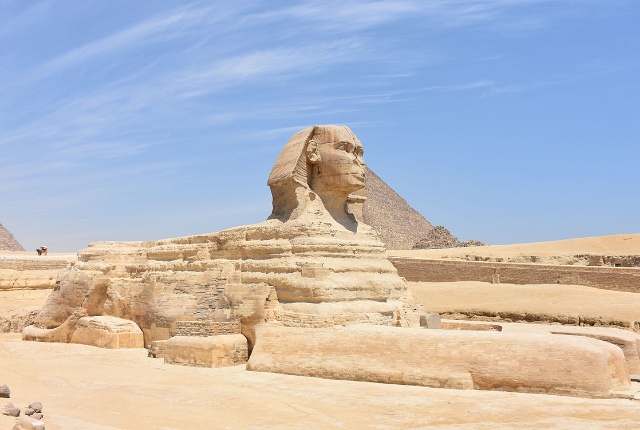 Abu Simbel Temples are two gigantic rock temples at a place called Abu Simbel in Nubia in southern Egypt. These are situated 230 km southwest of the city of Aswan, on the western banks of Lake Nasser. The twin temples were initially engraved on the mountainside by the Pharaoh Ramesses II in the 13th century B.C. as an eternal monument for his queen Nefertari and himself, and to honor his victory at the battle of Kadesh. 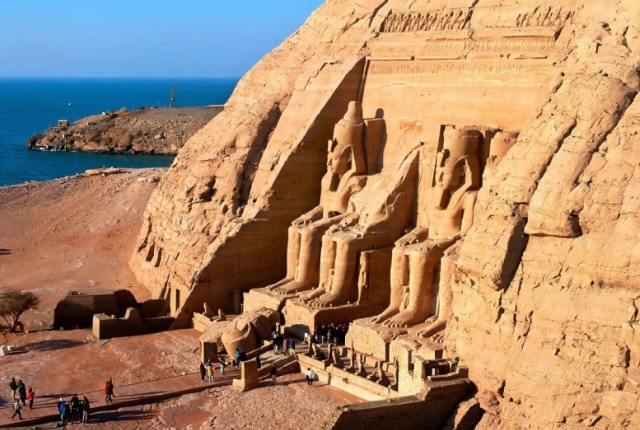 Karnak is a building complex in Luxor, Egypt. It is also known by the name of ‘The Karnak Temple Complex’ and consists of a large variety of decayed temples, pylons, chapels and other buildings. Main construction of the building began during the reign of Senusret I in the middle kingdom, although many of the exterior buildings actually date from the New Kingdom. The Karnak complex contributed to the name of the surrounding nearby modern village of El-Karnak which is just two and a half kilometer north of Luxor. 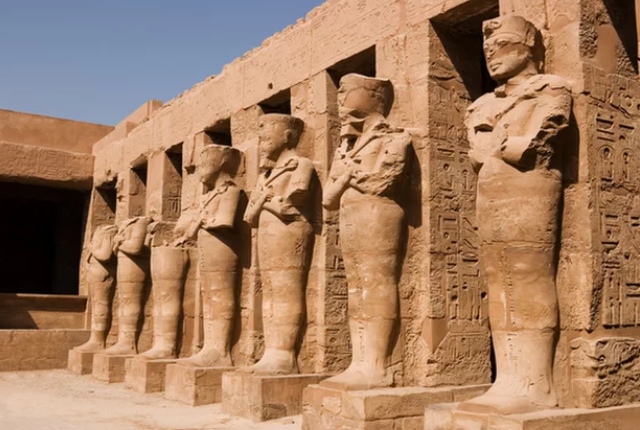 The Egyptian Museum, commonly referred to as ‘Cairo Museum’ is a one-of-a-kind tourist spot in the heart of the capital, Cairo. Home to a large collection of antiques, the museum boasts of a whopping 120,000 artifacts, some in display and others kept in safe stores. It has been opened from this year (February) for public visits and is a popular tourist attraction in Egypt. 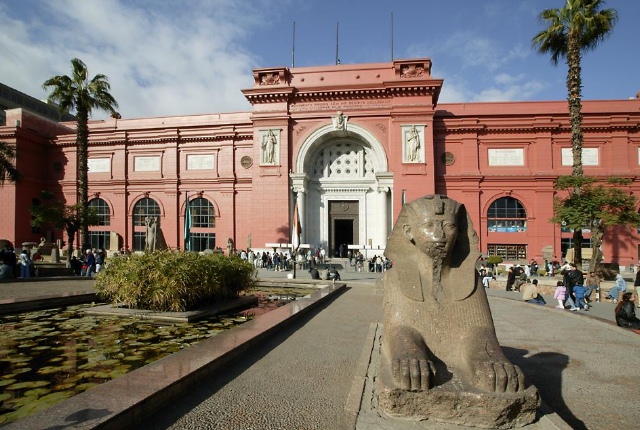 6. Valley Of The Kings

Valley of the Kings or “Valley of the Gates of the Kings” is a very popular tourist attraction in Luxor, Egypt. Its existence dates back several thousand years, when for a period of nearly 500 years (16th – 11th century BC) rock-cut tombs were excavated for the great nobles and Pharaohs of the New Kingdom. 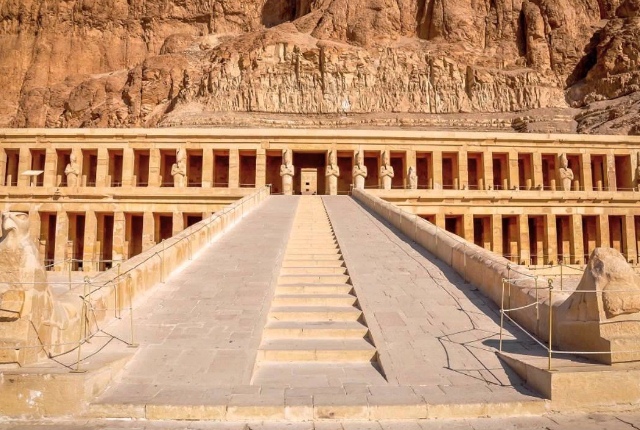 Luxor Temple is a massive ancient Egyptian temple complex situated on the east bank of the river Nile in the city of Luxor. It was constructed approx. 1400 BCE by Amenhotep III and Amenhotep II. Chapels built by Amenhotep III, an 18th dynasty ruler and Alexander stand to the rear of the temple. Few parts of the Luxor temple were built by Tutankhamun and Ramesses II. The temple along with the surroundings was used as a legionary fortress and as the home of the Roman Empire in this region. 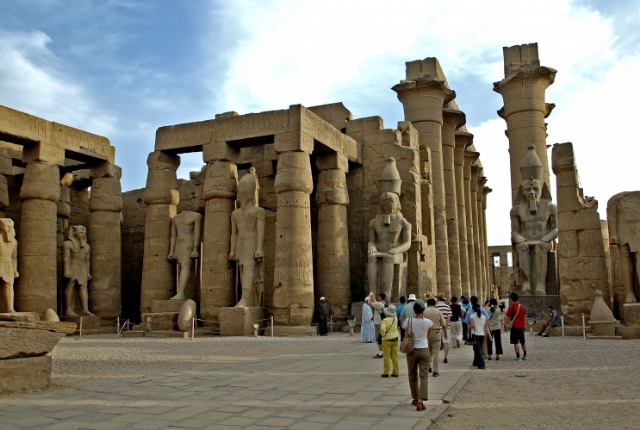 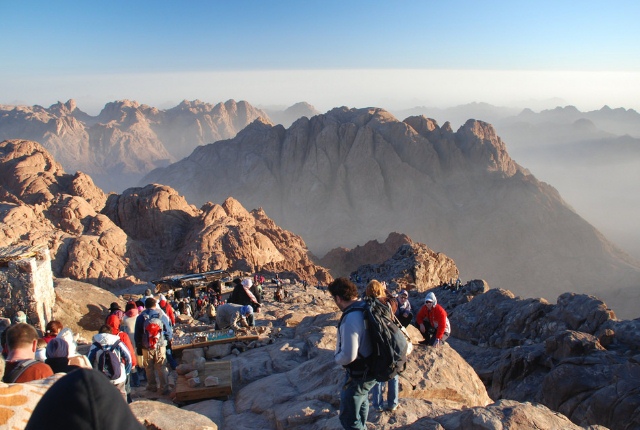 Philae is a small island in the lake of Aswan Low Dam and is downstream of the Aswan Dam and Lake Nasser. It was founded during 380-362 BC in the Nubia region and was later abandoned in the 6th century AD. It was designated as a UNESCO World Heritage Site in the year 1979. The island is now open to tourists and attracts thousands of visitors each year. 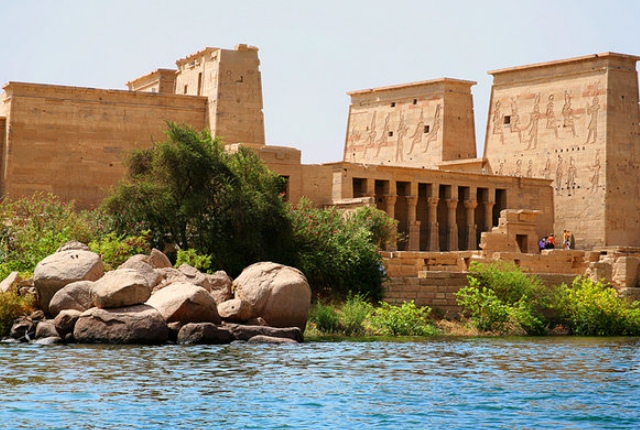 The Aswan Dam is a beautiful Dam built on the Nile River. It was built between the years 1960 and 1970 and was opened on July 21, 1970. The chief engineer behind the Dam was Osman Ahmed Osman and its chief architect was Walter Jurecka. Aswan Low Dam was initially built in 1902 downstream but the significance of the new Dam eclipsed the previous one. Based on the success of the earlier Low Dam the construction of the New Dam became a high priority for the government after the Egyptian Revolution of 1952, since it had a capability to better control flooding, provide more water for irrigation and also generate hydroelectricity and was seen as crucial for the desired industrialization of Egypt. Just as expected, the High Dam has made a huge impact on the overall economy and culture of the country. 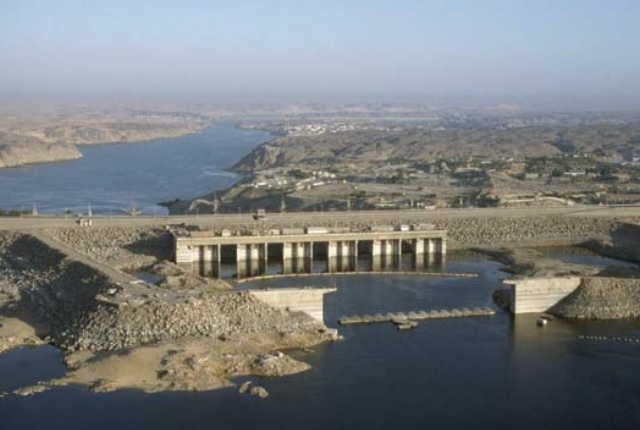 Tourism is one of the mainstays of the Egyptian economy. Each year millions of tourists flock to this land vastly rich in ancient history and natural water bodies, and afford the country billions of dollars in revenue. It is no surprise that around 12% of total workforce in Egypt is indulged into tourism sector only. Lastly, it is not to be missed that the Giza Necropolis is the only of the Seven Wonders of the Ancient World that is still existent. We sincerely hope that you had a great time reading about the 10 most popular tourist spots in Egypt! We would love to hear from you! Please do share your experiences or plans to visit this wonderful country via the comments section.