Exploring the world and trying every kind of adventures is the most happening thing one can ever do in his/her life. Travelling through the great continent of Africa itself is a great adventure, the continent which offers you danger with the every step you take. Starting from the pyramids, temples, tombs, other historical structure and going beyond the most dangerous forests and mountains, Africa is ready to give you every kind of adventures one could ask for.

The two ancient temples of Abu Simbel one is big and the other is small gives you the glimpse of one of the most magnificent structures you have ever seen.

The temples were carved out around three thousand years ago during the reign of Pharaoh Remesses II and it was dedicated to the great king, his wife and the Gods of Egypt.

The structure of the temple was carved out of sandstone and is still standing tall. It was first discovered by some European explorers and it is believed that it was named Abu Simbel in the name of the boy who discovered this site for the first time. 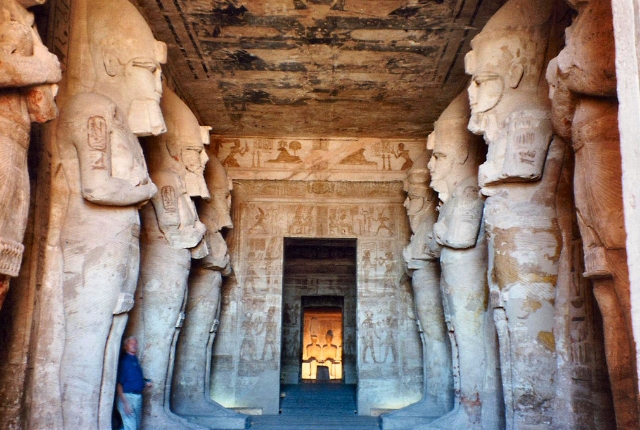 Rising to a huge height of 19,340 feet Mt. Kilimanjaro is surely named as the highest mountain of Africa.

The highest peak is the Uhuru which can be climbed by few physically fit and active people. This mountain is a home to varied wildlife like that of foxes, hyena, deer and many more. The view of the mountain is very pleasant and one may go for mountaineering and trekking through this mountain. 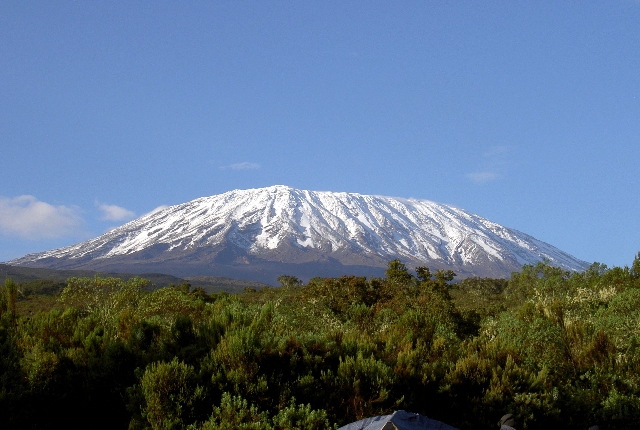 3. Victoria Falls On The Zambia:

These waterfalls are the largest moving water body on Earth located on the great Zambi river lies between Zambia and Zimbabwe.

The name of this famous falls was given by the great legend called David Livingston after he saw the great queen Victoria of England in 1855.

Victoria falls is a must see place not because the volume of water but also for the varied ecosystem one could watch near the plains of Victoria falls. 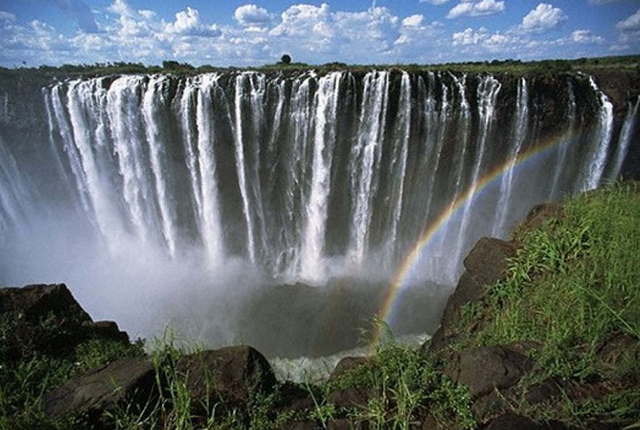 The name of this place itself is its great identification as it needs no introduction to know this place, being among the “seven wonders of the world”. It is located in Egypt and regarded as the biggest pyramid of the world.

Nearly 2.3 million blocks were needed weighing about 5.9 million tonnes which is equivalent to 590 Eiffel towers to carve out this single structure.

So, the vastness of this place makes it another noteworthy place that you must visit before you die. 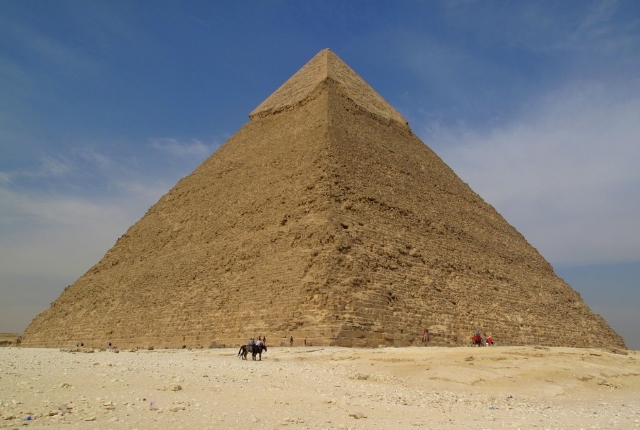 This canyon is known as the second largest canyon after the Great Canyon. It is almost 500 million years old and the measurement of the ancient landscape is incredible to watch.

The wildlife covered river consists of beautiful wild horses, mountain Zebra, Kudu are popular, and the awesome view of the beautiful birdlife will also make you love this place. So this particular place of the continent Africa is a must see if you are in Namibia. 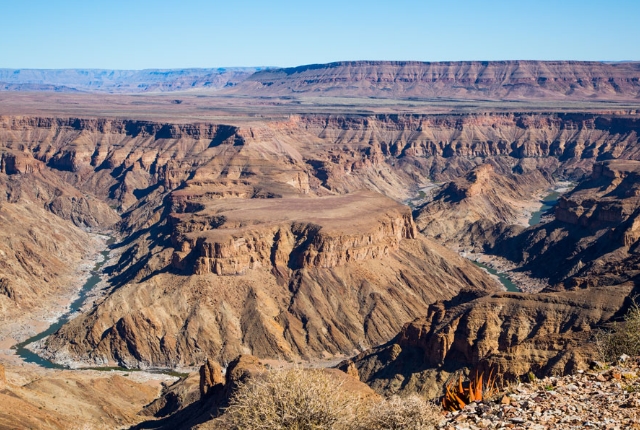 This mass migration is the most spectacular thing you could see in your whole lifetime.

The migration starts from the south of the Serengheti and continues towards the Mara River which is called the great hurdle of migration. The best time to visit in order to watch this migration is during the monsoon time that is from July-September when the animals gathers to cross the river into Kenya. 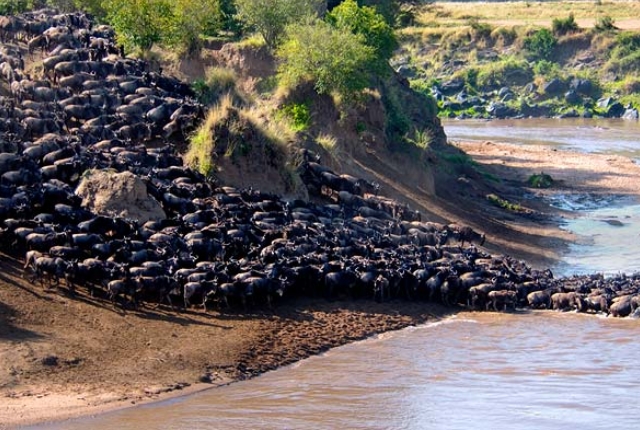 This temple complex in Egypt is the largest and the most magnificent structure and religious complex of the world. It is located near Luxor where the other famous structure like Sphinx and Pyramid of Giza situated. The religious complex consists of three main temples and several ruins of smaller temples.

The main temple covers the area of around 65 acres and is the only temple which is accessible to the tourists. 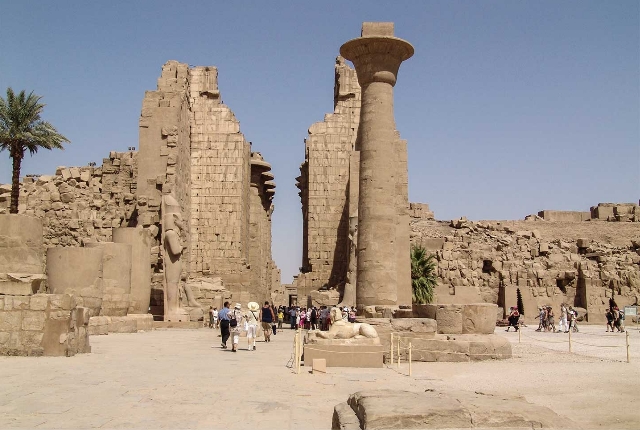 The jaw dropping Okavango delta is the most magnificent natural wonder of Africa it is the world’s largest inland delta. This natural wonder was formed after an ancient inland sea.

The spectacular pollution free area supports a varied wildlife and going on a safari in this place is an awesome experience one could ever have. 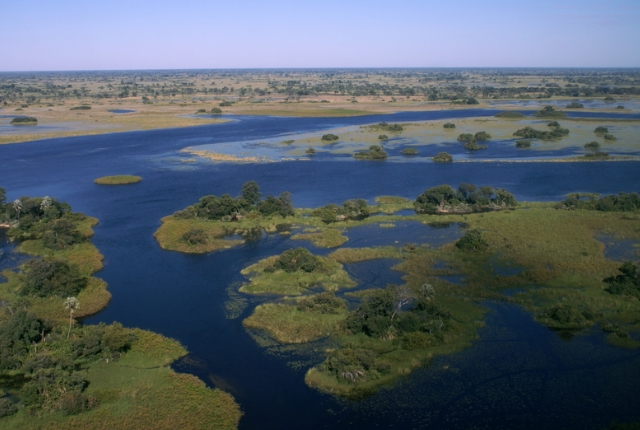