Croatia with its stunning coastline, numerous jewel like islands and dramatic architecture has established itself in the holiday scene. This country has witnessed a surge in popularity in recent years. Croatia’s beautiful and historic Dalmatian coast is being rediscovered by intrepid travelers from around the world. The castles, squares and churches of this fantastic land jostle for space with newer additions like chic designer ateliers, lounges and bistros. With its secluded coves, and enjoying one of the sunniest climes in Europe, Croatia is poised to enjoy its moment under the sun. So if you have been bitten by travel bug head out to Croatia and experience its unrivalled beauty. To get to know more about the top 10 things to do in this awesome country, read on.

Here Are 10 Exciting Things To Do In Croatia

1. Marvel At The ‘Walls Of Dubrovnik’

The ‘Walls of Dubrovnik’, considered to be one of the most grandiose fortification monuments in all of Europe, is a series of defensive stone walls which is located in the ancient city of Dubrovnik.

The massive stone fortification which runs uninterrupted for nearly 1940 meters was mostly constructed between the 12th and 17th centuries.

This complex, medieval, city defense mechanism, attracts hordes of tourists from around the world. A walk along the southern section of the city walls while enjoying the picturesque views of the azure blue seas tops the list of things to do in Croatia and particularly in Dubrovnik.

To enjoy panoramic views of the City of Dubrovnik buy tickets to experience a heart stopping cable car ride. The Dubrovnik Cable car (which began in 1969) offers an immensely enjoyable ride to the top of Mt. Srdj in all of 4 minutes. Besides enjoying picturesque views of the city visitors also get to enjoy breathtaking views of the surrounding islands. 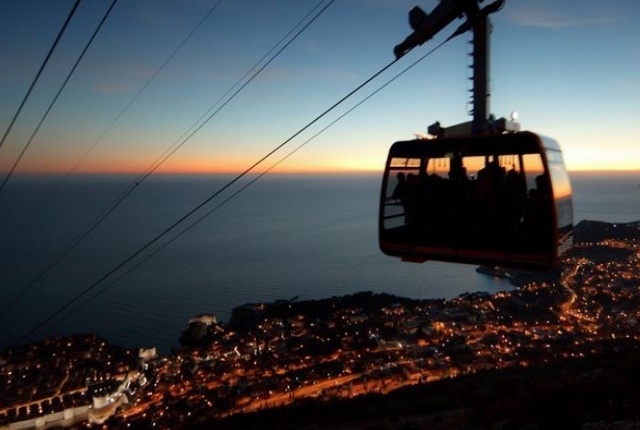 3. Be Amazed By The Surreal Natural Beauty Of Plitvice Lakes National Park

Plitvice Lakes National Park has the unique distinction of being the oldest national park in Southern Europe. The stunning natural beauty of this place is further enhanced by 16 crystalline lakes which tumble into each through a series of spectacularly beautiful waterfalls. The best way to take in the sights and sounds of the national park is on foot.

To further appreciate the surreal beauty of this locale, tourists are encouraged to walk along the nearly 18 kilometers of wooden pathways and footbridges which skirt around the edges of crystalline waters.

Another interesting feature of the Plitvice Lakes National Park is the clouds of gorgeous butterflies which flutter above the glassy surface of the lakes. 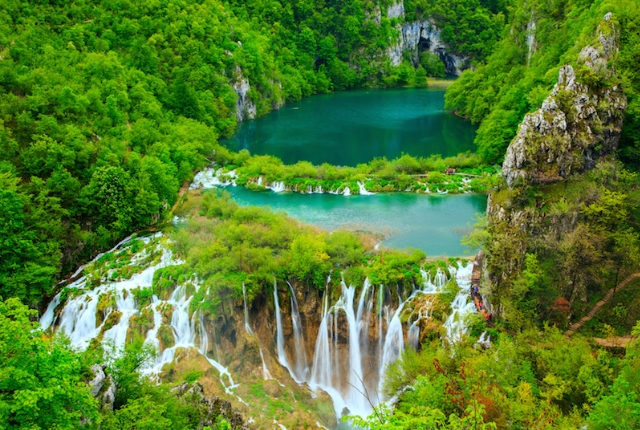 4. Be Astounded By The Imposing Diocletian’s Palace

One of the principal attractions of the city of Split in Croatia is the imposing ruins of the Diocletian’s Palace. The ruin of this immense palace, which was built by the powerful Roman Emperor Diocletian, between the 3rd and 4th century AD, is spread throughout the city of Split. An outstanding architectural feature of these ruins is the four gates i.e. the Golden Gate, the Silver Gat, the Iron Gate and the Bronze Gate. In 1979 this palace was designated a UNESCO world heritage site.

5. Walk Through The Labyrinthine Streets Of Zagreb

A walk through the labyrinthine streets of Zagreb while enjoying the unique culture, arts, gastronomy and architecture which this city has to offer, is a must on every tourists itinerary.  Zagreb, the elegant capital city of Croatia, is a small, pulsating metropolis that is overflowing with cafes, museums, theaters and galleries. A walk through the cobbled streets of Zagreb while enjoying its unique sights and sounds is a something which every tourists to Croatia must experience. 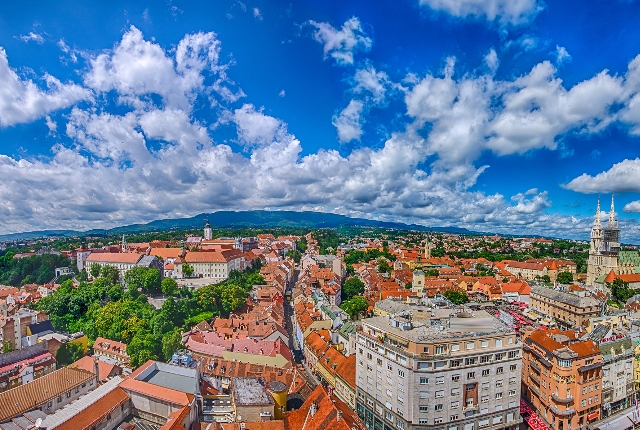 6. Spend Some Quiet Time At The Pula Amphitheater

Pula amphitheater, one of the six largest Roman amphitheaters in the world is located in the city of Pula. This 1st century amphitheater which overlooks the harbor is situated in the northeast side of the old town.

Built between 27 BC and 68AD the amphitheater in its heyday could accommodate nearly 20,000 spectators.

Today, visitors spend some quiet time visiting the ruins of this spectacular amphitheater while trying to envision the glorious gladiatorial battles and tournament of knights which took place here several centuries ago. 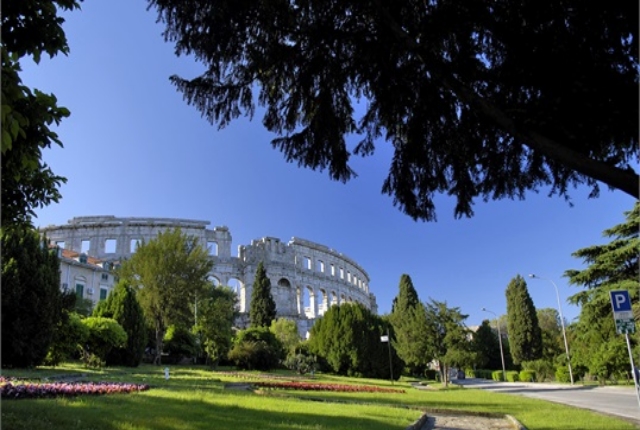 Wrap up your trip to Croatia by composing your very own song at Morske Orgulje. Morske Orgulje is an architectural marvel located in Zadar. This experimental musical instrument which is known as the ‘Sea Organ’ was designed by the famous Croatian architect Nikola Basic.

Opened to the public since 2005 this musical instrument which is located near the shores of Zadar.

The Morske Orgulje has 35 organ pipes, each of which are nearly 70 feet long which are embedded under massive concrete steps. Besides listening to the unique sounds of aerophone, visitors to this place can also get to enjoy some of the most exquisite sunsets. 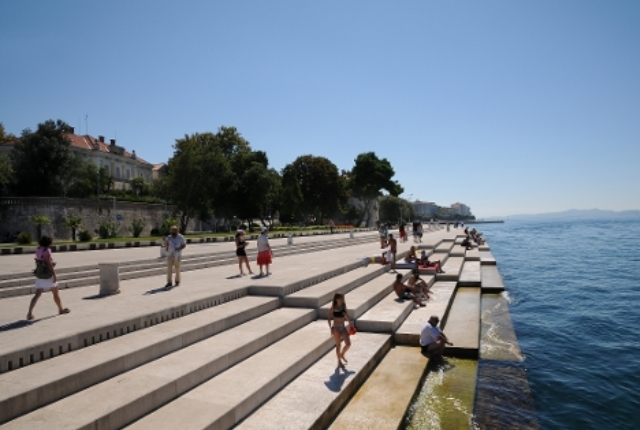 8. Immerse Yourself In The Colorful Markets

The best way to feel the pulse of Croatia is to visit its numerous colorful market. The three principal markets of Croatia are the Dolac in Zagreb, Pazar in Split and Placa in Rijeka. Dolac a throbbing urban market is the best place to taste authentic Croatian cuisine. Pazar market in Split which resembles a Turkish bazaar is constantly crowded with tourists. The Placa market, which is situated in front of the Croatian National Theater, sells an assortment of locally produced goods. 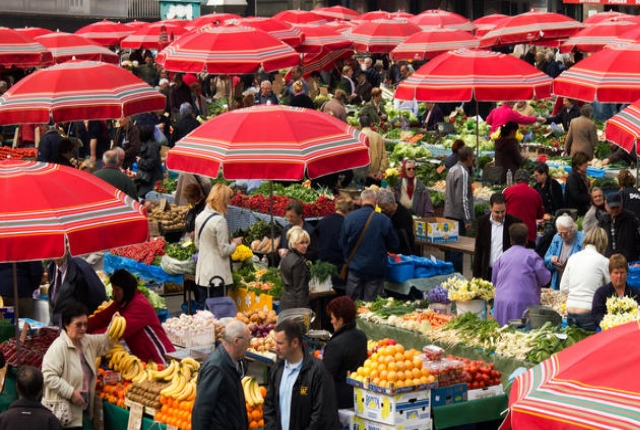 The Krka National Park, which extends all the way from western slopes of the Dinaric Range to the sparkling sea near Sibenik, is an area of exceptional natural beauty.

This park is best known for its numerous stunning waterfalls and its spectacular blue green natural pools.

The best way to take in the awesome sights of the Krka National Park is via boat excursions or traversing the numerous well maintained walkways. Visitors to this park can soak up the surreal atmosphere, while studying the exotic flora and fauna. 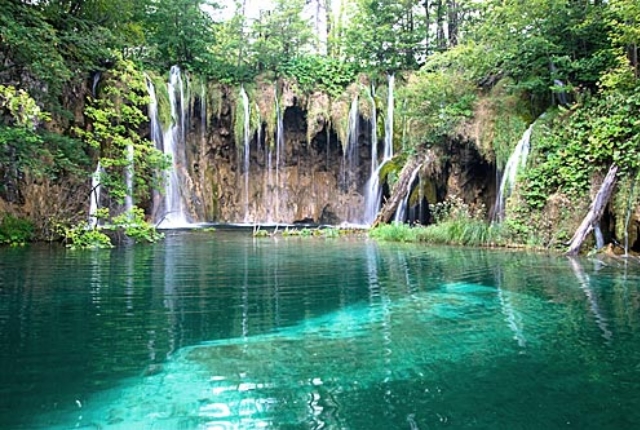 10. Kick Back And Relax On Its Beautiful Beaches

The seductively sandy shores of Croatia are the best places to simply kick back and relax. Croatia is home to some exceptionally beautiful beaches. The long coastline of this country makes it the ideal place to enjoy a plethora of water sports.  Lovrecina Bay at Brac Island, Grebisce at Hvar Island, Bacvice At Split and Sunj Bay at Lopund Island (to name a few) are some of the top tourist beaches here. 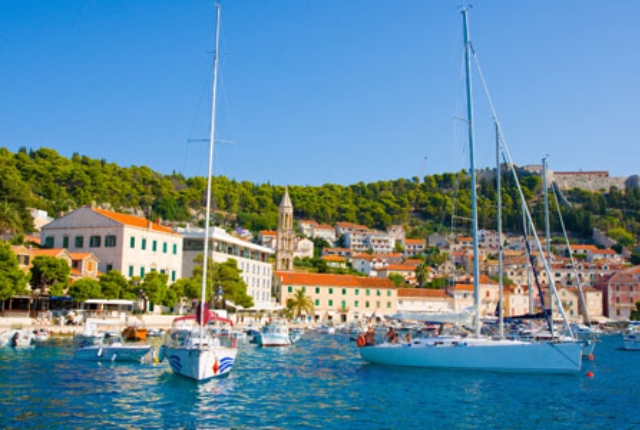