Croatia’s charming city of Dubrovnik is one of the most picturesque places and offers plenty of attractions for tourists. Also referred to as the Pearl of the Adriatic, it is a city with an amazing seafront location. Its historic city center, impressive architecture and the beautiful old streets and alleys are some of the best attractions of this city. Dubrovnik has been designated as a UNESCO World Heritage Site and holds a number of cultural activities and festivals.

If You Are Planning A Trip To This Amazing City, Here Is Your Guide To The 10 Most Amazing Attractions Of Dubrovnik:

One of Europe’s finest pedestrian thoroughfares, Stradun of Dubrovnik is a common meeting place for residents as well as visitors. The beautiful white limestone paving of the Stradun is quite impressive and the area has a number of cafes and restaurants to relax and enjoy the wonderful atmosphere. The thoroughfare is a 300 meter long walkway and the streets were built in 1468. The area is also lined by unique homes where business activities are carried out at the main level while residential quarters are confined to the upper levels of the buildings. Another notable feature is that the doors and windows of every home stand under the same arch. 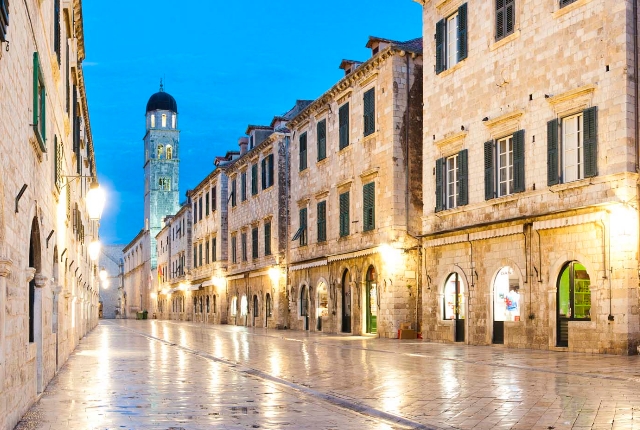 Initially built to defend Dubrovnik from foreign invasion, during the 10th century, the high city walls are a major attraction. The walls are six meters high and has a thickness of six meters to provide solid defense against outside invasion. Located around the Adriatic Sea, the old city walls recall the city’s historic past and at present, makes a great place for casual strolls. The area also offers magnificent sea views. The Minceta Tower, Bokar Tower, Revelin Fort and Lovrjenac Fort are other major tourist attractions here. 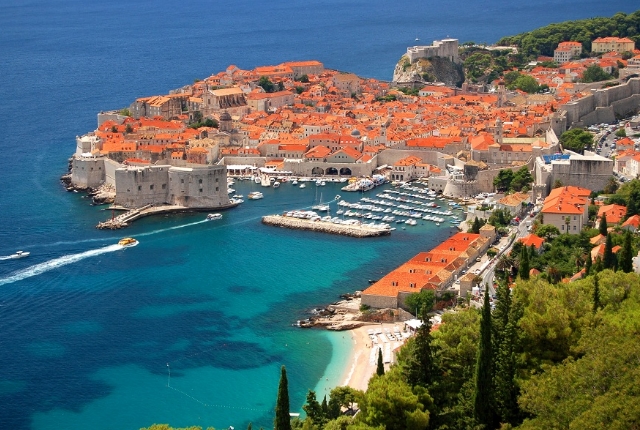 Dubrovnik’s entry points are particularly famous and the Pile Gate is one of the most renowned of them. It is still the most interesting gate of access to the old city and is designated only for pedestrians. A beautiful garden and the statue of St. Blaise are worth watching on your trip to Pile Gate. Just behind the Asimov Tower, the 14th century Ploce Gate is an important historic fixture. 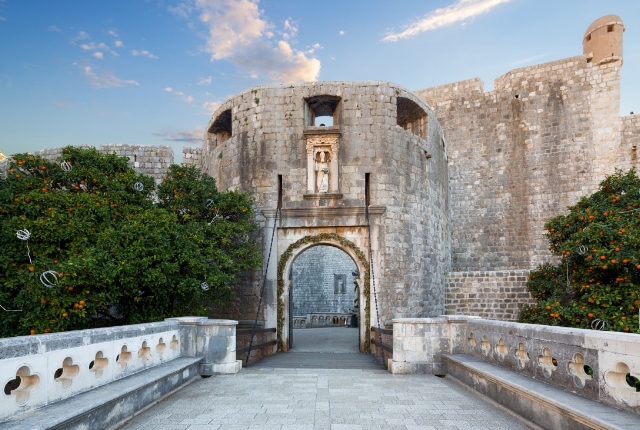 One of the most famous structures of Dubrovnik, the Baroque style cathedral is a notable historic icon. Dating back to the 6th century, the cathedral was destroyed by massive earthquakes and yet it has retained its charm. Built by Andrea Buffalini, the cathedral’s three apses, three aisles and fantastic interior are noteworthy. Several important paintings are also found inside the cathedral. The cathedral’s treasury is a must visit place for tourists as it displays many important relics. 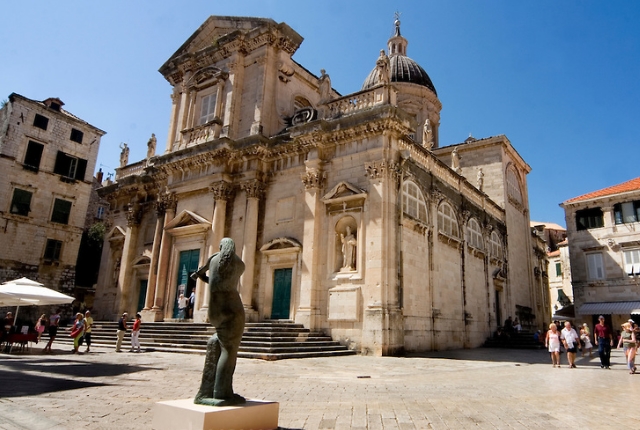 5. Square Of The Loggia

Located in the north eastern part of the old city of Dubrovnik, the Square of the Loggia hosts some of the finest buildings and public monuments. It has long served as a gathering and meeting point for everyone who passes through the city. Orlando’s Column, one of the great works of sculptor Antonio Ragusino is a highlighted feature of this place. The Church of St. Blaise, Loggia of the Bells and the 15th century clock tower located at the square are other points of interest for tourists. 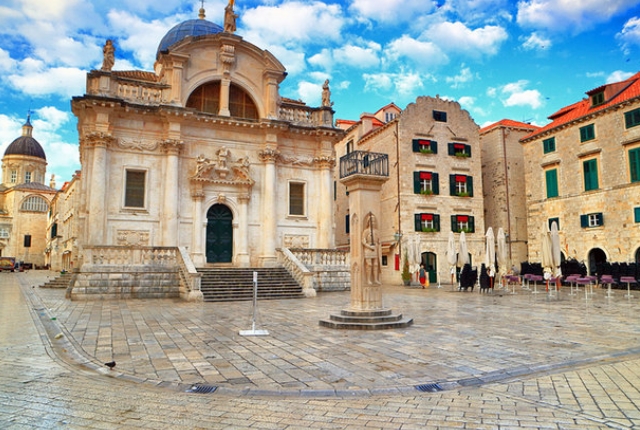 Dubrovnik’s Dominican Monastery was built in early 1300 and suffered heavy damage during the earthquake of 1667. The present day structure has been completely rebuilt and its museum holds a treasure trove of history. It has several paintings from the 15th and 16th century, historic relics and interesting gold and silver items. The Franciscan Monastery on the other hand has Croatia’s most valuable library. The medieval pharmacy is a major attraction with the old measuring devices, decorated jars and several mortars. The on-site museum’s art collection is also worth a visit. 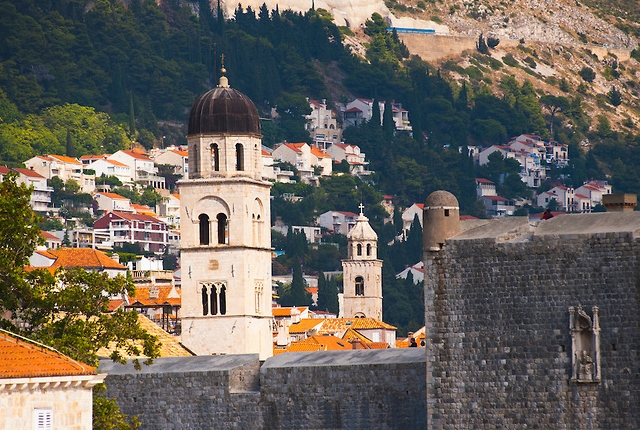 Just outside Dubrovnik’s western walls lies Fort Lovrijenac, one of the most important fortresses in Croatia. Also called Dubrovnik’s Gibraltar, due to its location on a rocky promontory, it is an impressive and stunning fortress. Its unusual triangular layout is a major distinguishing factor. The fort can be reached by two drawbridges and a gateway through the city’s famous walls. The fort is often used as a backdrop for many musical and theatrical performances during the Summer Festival. 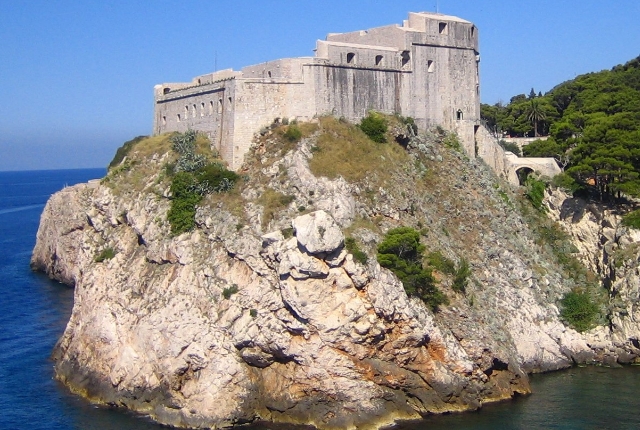 One of the most recognized and popular historic monuments of Dubrovnik, the Big Fountain of Onofrio can be easily reached from Pile Gate. It used to serve as an important part of the city’s water supply system. Like many other monuments and historic places, this structure too suffered due to the great earthquake of 1667 and the landmark structure is slightly smaller now. The St. Savior Church located in front of the fountain is another major tourist attraction. Its Renaissance and Gothic architecture is remarkable. 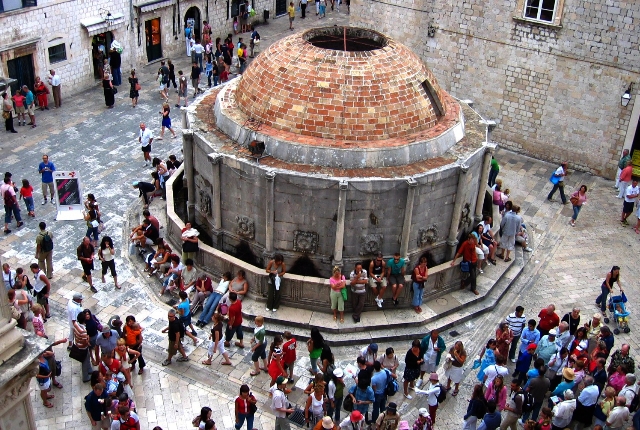 A spectacular old palace, the Rector’s Palace has survived the test of time. Built with a mix of Renaissance and Gothic architectural style, the palace was damaged by gunpowder explosion, a fire and the devastating earthquake of 1667. However, it has now been preserved as the Cultural and Historical Museum of Dubrovnik. The building itself is a true delight for the visitor and the museum has over 15,000 pieces exquisite artifacts on display. It also has several interesting exhibits. Its central courtyard is known to host classical musical performances also.

Fort of St. John, which is also called Fort of St. Ivan by the residents, is an imposing structure that served a very important role in the city’s defense. It has now been converted into a museum and the upper level is home to the Maritime Museum of Dubrovnik. Different types of model boats, naval artifacts and other historic pieces depict the city’s maritime past. The lower part of the fort contains the Aquarium of Dubrovnik. It is a great place to see a wide variety of local and exotic fishes. The Bokar Fort is located close to this place and visitors can take a walk to this historic fort. 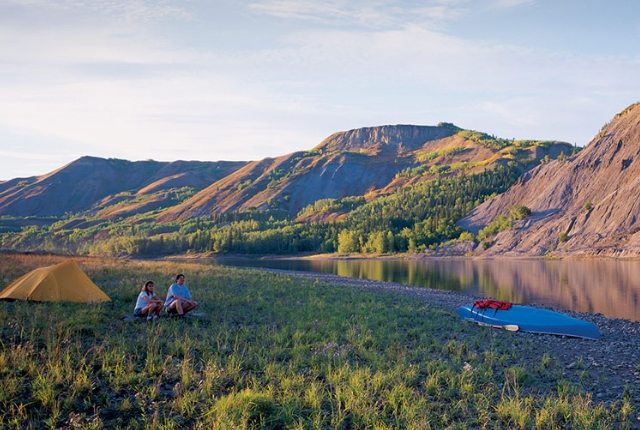