Poland is a land of medieval magic and modern cities. Lying in the heart of Europe, Poland glows with a surreal beauty, which is impossible to find anywhere else in the world. Poland is the ideal locale to plan an offbeat vacation. This beautiful land is brimming with charm and vibrancy. There are numerous places of historic and cultural interest which are waiting to be explored in this charming country. St. Mary’s Basilica, Wawel Royal Castle and Main Market Square are some of the top tourist spots in Poland. To discover more of the awesome things to do in Poland, read on.

Here Are 10 Awesome Things To Do In Poland

Wawel Royal Castle is one of the most powerful symbols of national unity in Poland. This mighty, fortified Gothic architectural complex, sits atop a Jurassic limestone outcrop in Krakow.

The first of the buildings of this massive complex was constructed in early 11th century, at the behest of King Boleslaw Chrobry.

Over the centuries, many additions have been made to the original structures. Today, visitors to this majestic castle can tour the State Rooms, The Crown Treasury and Armory, The Royal Palace Apartments, The Lost Wawel, the Oriental Art Collection and the Dragon’s Den. A visit to Wawel Royal Castle is not complete without touring the magnificent Wawel Cathedral. 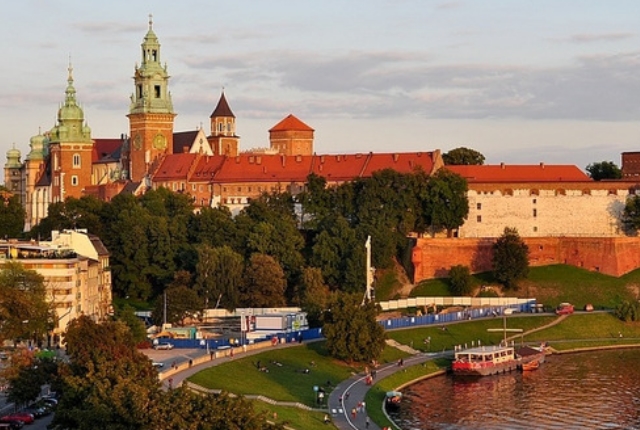 St. Mary’s Basilica or the Bazylika Mariacka is a striking, 14th century brick church. The most outstanding external architectural feature of this church is its two soaring towers. An exquisitely carved wooden altar piece dominates the interior of this church.

A visit to this church is not complete, without listening to the hauntingly beautiful, hourly bugle call by a lone trumpeter from the taller of the two brick towers.

The Main Market Square or Rynek Glowny is Krakow’s natural gravitational center. One of the world’s most beautiful plaza’s the Rynek Glowny, was designed in the year 1257.

The 200 meter wide Main Market Square has also earned the unique distinction of being the biggest medieval square in Europe.

This stunning square is bordered by building of dazzling architectural beauty like the Cloth Hall, St. Mary’s Basilica and St. Aldabert’s Church (to name a few buildings). Today, the Main market Square is the site for numerous public celebrations and events. 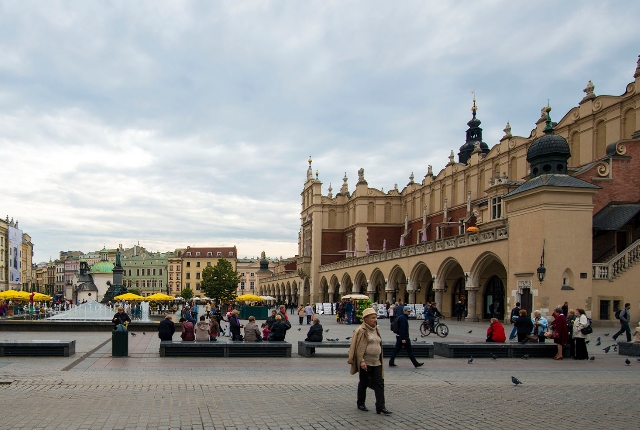 Lazienki Park, with its manicured greens and wild patches, is the loveliest, most enchanting city park in Europe. This park is situated just 2 kms south of the commercial district in Warsaw.

The park as we see it today was designed in the 17th century by Tylman Van Gameren. The principal attractions of this park include the Palace on the Isle, The Royal Orangery, the stunning amphitheater, guardhouse, White House and Belveder. The Gallery of Polish Sculptures which is located with the Royal Orangery is also worth a visit. This park also hosts numerous classical concerts. 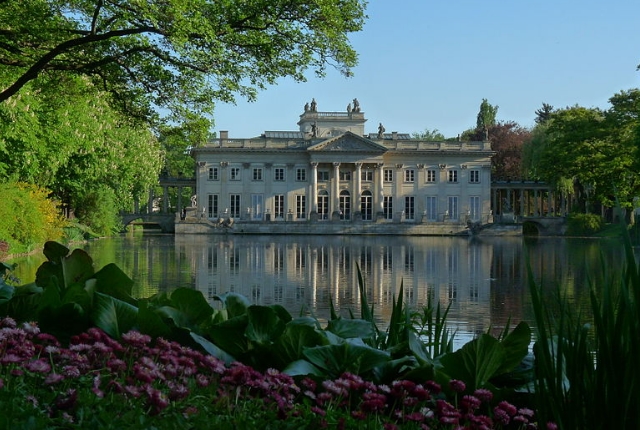 Auschwitz Birkenau Memorial and Museum is a moving tribute to the millions of brave men, women and children who lost their lives in the largest German Nazi concentration camps of Auschwitz 1 and Auschwitz II-Birkenau. This memorial and museum is located in Oswiecimia.

The Auschwitz Museum displays personal belongings of the deportees, prisoner items, everyday items used in the camps as well as items which were directly linked to the extermination of Jews. 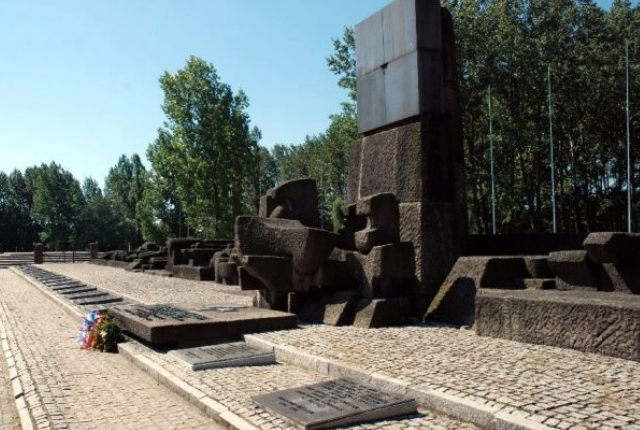 Malbork Castle, one of the most incredible castles in Europe is located just 60 kms from Gdansk in Poland. This stunning brick castle which is built along the River Nogat is considered to be the largest castles in the world by surface area.

The castle complex is built in distinctive style of the Teutonic Order.

The Malbork Castle was designated a UNESCO World Heritage site in 1997. The original construction of this massive castle began in the year 1275. After 1309, the castle witnessed major expansion work. Today, visitors can explore the vast interiors of this renovated castle complex as well as beautifully appointed museum. 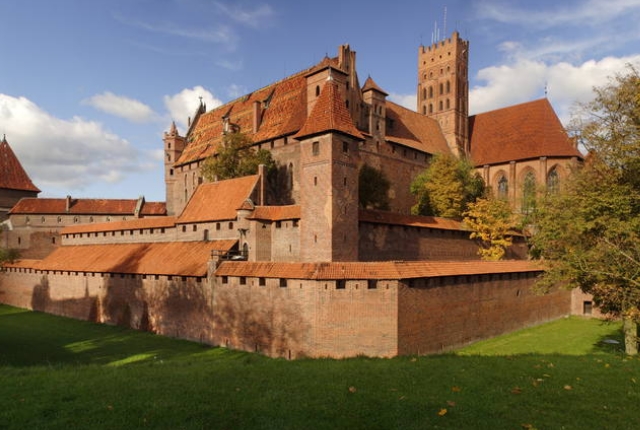 The stunning Tatra National Park is located in southern Poland. This park sits high on the Tatra Mountains – the only alpine type mountains in Poland. This park which was established in 1954 covers an area of almost 21,164 hectares.

One of the better known national parks in Poland, the Tatra National Park has nearly 274 kilometers of awesome hiking trails.

Visitors to this park are mesmerized by the glassy waters of the glacier lakes, the mountain caves, the jagged peaks, the crags and the waterfalls. This park is also a wonderful place to study endemic animal species like wildcat, lynx, bear and wolf. 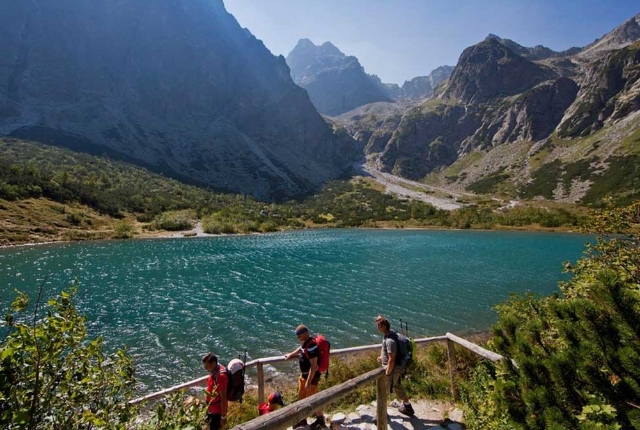 Guided tours allow visitors to explore sections of the passages and caverns of this mine.

Tourists visiting this mine enjoy studying the underground lakes, the crystalline rock sculpture and the many chapels which are located deep underground. Some of the biggest chambers of this beautifully preserved mine has been converted into unusual venues for musical concerts. 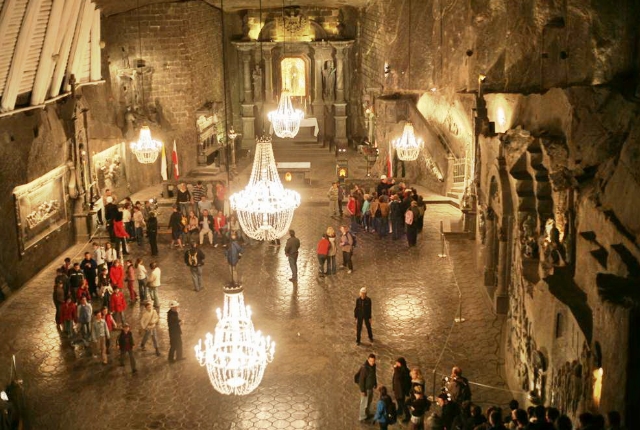 Jansa Gora, the famous Polish shrine dedicated to the Virgin Mary, is recognized as the 3rd largest Catholic pilgrimage site in the world.

This holy site in located in the industrial city of Czestochowa, which is located approximately 90 minutes north-west of Krakow.

This shrine, which is perched precariously atop a small hillock, is dominated by a massive 106 foot tall bell tower. At the very heart of the shrine is a picture of Black Madonna also referred to as ‘Our Lady of Czestochowas’.  Tourists to this shrine can also visit the treasure house, the museum and the arsenal. 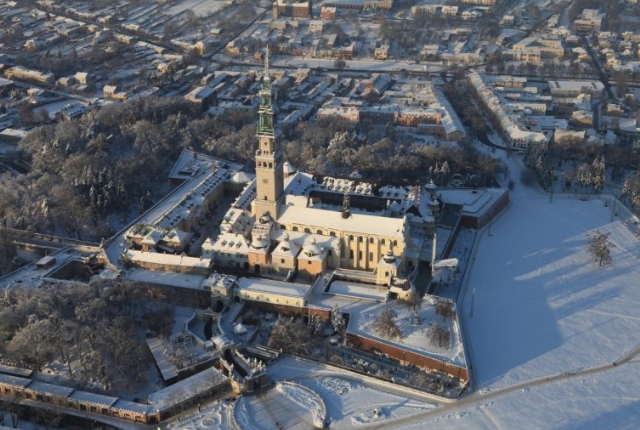 One of the best museums in Poland, the Warsaw Uprising Museum chronicles the city’s heroic but ill-fated rebellion against the German occupation in 1944.

At the very center of this museum is a gigantic steel structure which rises through all the floors of this museum. The main aim of this museum is to recreate as realistically as possible the events and the atmosphere of the struggle of 1944. This museum displays actual footage of the first month of the uprising, along with numerous replica exhibits. 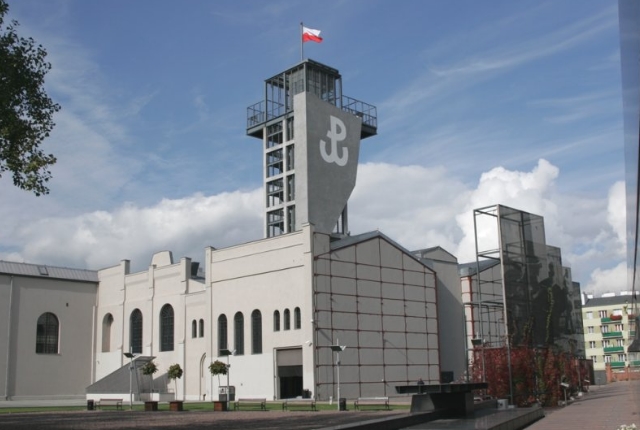