When we talk about Africa, the first word that pops in my mind, is diversity. From wildlife, to beaches to exotic locations to volcanoes, the continent has it all. By each passing day, with the kind of biodiversity the country of Congo has, we can be sure, that Africa would soon be a hot spot for eco-tourism in the world. One such place contributing to this, would be the Republic of Congo. Let’s explore the country.

This is the largest and the capital city of the Republic of Congo. Brazzaville, is the essential point, from where all the tourists can proceed to explore the country of Republic of Congo. Being the main hub of markets and other metropolitan facilities, Brazzaville on its own accord is also an essential tourist spot. Situated on the bank of the majestic Congo river, it is one of the most populated city of Congo. It is from this city that one can start their vacation to Pointe Noire. 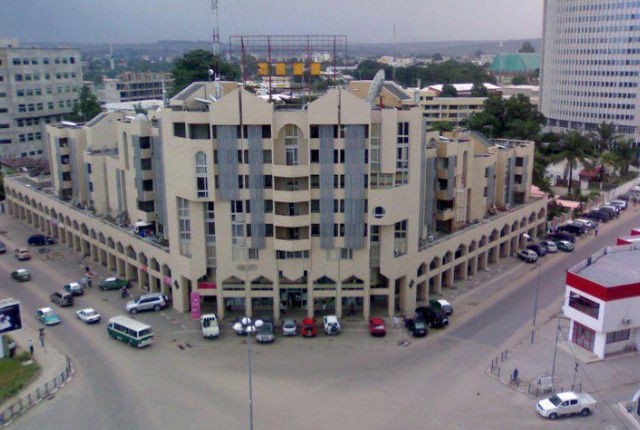 This is one of the nominated UNESCO world heritage site and is also a Important Bird Area as labelled by Birdlife International. Amongst other national parks in Africa, Central Africa as a whole has lot to offer in terms of biodiversity. This is especially true in case of Odzala National Park. It is the home to a wide range of birds, and species of animals like gorillas, elephants, antelope, hyenas, buffalo, and crocodiles. The authorities also organise safaris, to tour around the park. Other popular activities for wildlife lovers would be the camps and instructed forest walks and treks. 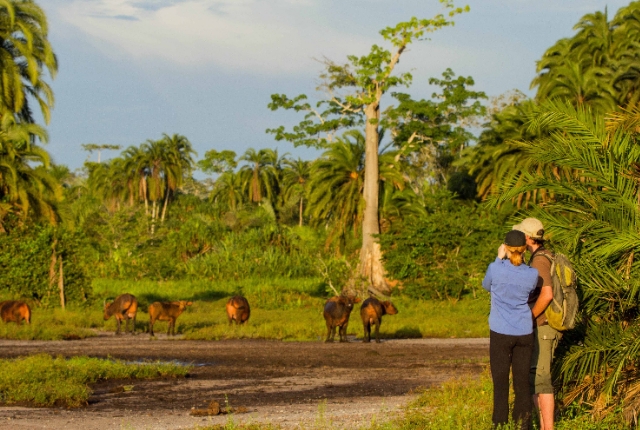 Pointe Noire after Brazzaville is the next largest city in Congo. It can safely be called the financial hub of Congo too, as it is the home to oil industries. It is also the port city of Congo. Pointe noire, promises wildlife and beaches at the same time. Cote Sauvage is considered the best beach in Pointe Noire. 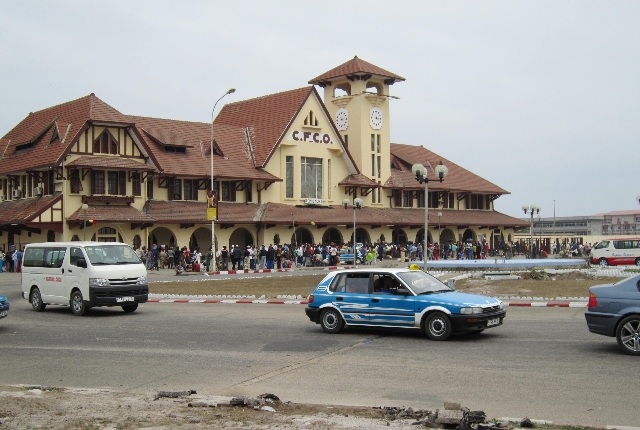 This is the third largest city in Congo and counts as an important commercial centre for Congo too. There isn’t anything exceptional about the city, except for its roads and buildings, which reminds one of its French colonial past. 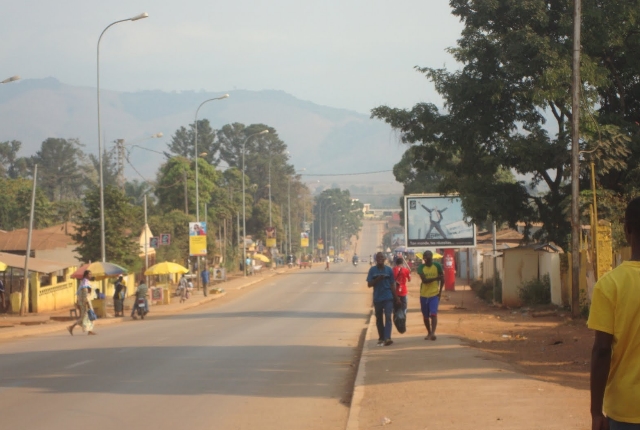 Located to the south west of Brazzaville, these waterfalls can be visited by those who have time to spare for these sites. Once extremely popular sites, in fact the only tourist spots, these spots are no longer in the light, though can be completed in a day’s time. 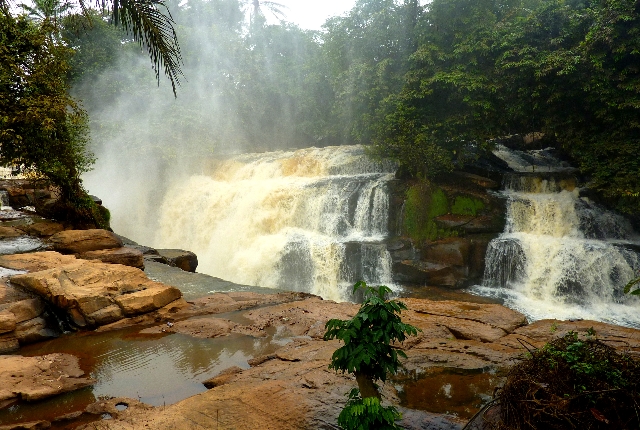 The town is perfect place for a stop over to head to other places in Congo. The place reminds one of its ancient history. In this otherwise quiet town, a tourist can head to check out the pygmies, the tribal people, who live a little further away from this town. A ride along on one of the trucks to Mindouli, should not be a problem. 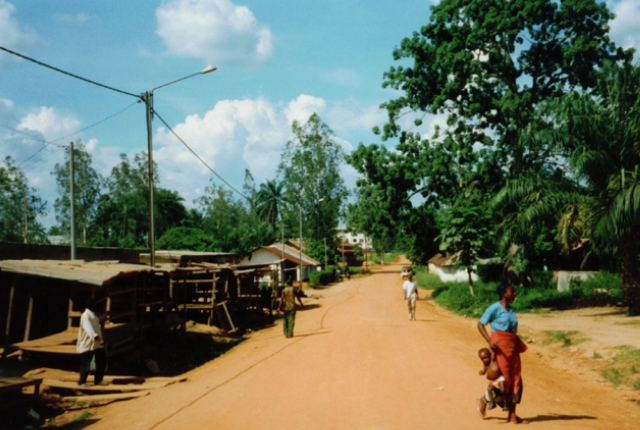 This reserve is mainly for the protection and conservation of the endangered species of western gorilla is situated near Brazzaville. Still not a popular destination but in time should become one of the popular zones for tourists. 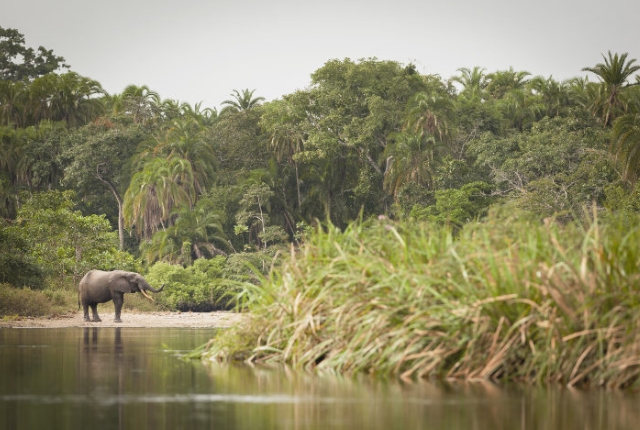 Congo Airlines runs services on the Brazzaville to Pointe- Noire routes. In case a traveller has time to spare, a steamer from the Congo and Ubangi Rivers provides for marvellous site-seeing within the Republic of Congo. 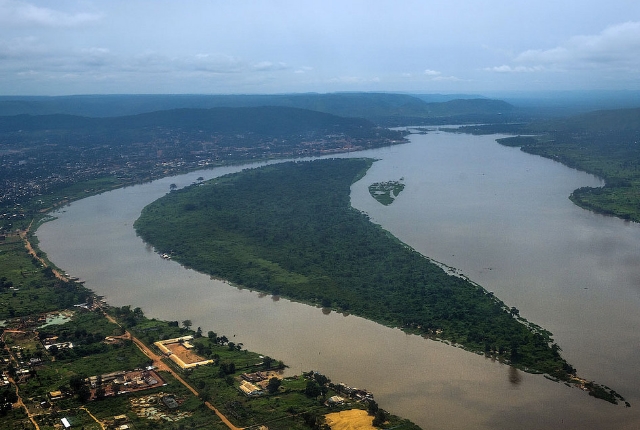 Popularly called the ‘Grand Canyon of Congo’, it is located about a few miles away from Pointe Noire. Amidst the greenery, this rough edged terrain of the gorge, makes for a fantastic view, with all the red dusted terrains due to erosion. 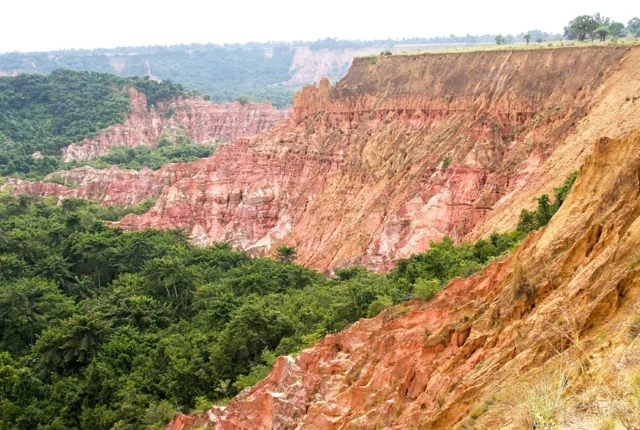 Spread over 2000 sq.km, this region is the southern-western part of the tropical rainforest in the Congo Basin. It falls into three countries of Africa, namely, Angola, the Republic of Congo, and the Democratic Republic of the Congo. It is still to be a protected area, and soon to be made into a biosphere reserve. 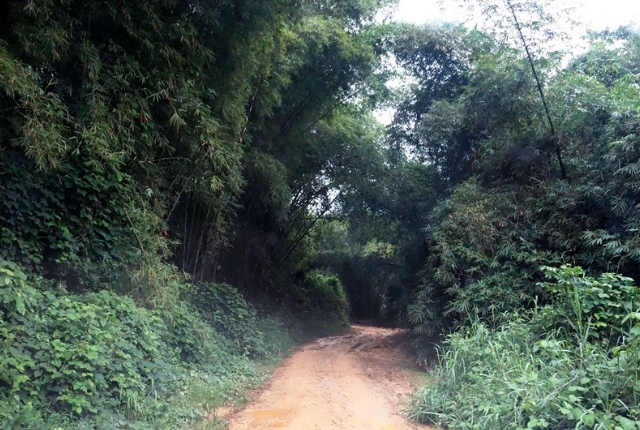