When we are talking about Africa, we cannot miss the heart of it. We cannot miss the Central African Republic. “The voyage of discovery is not in seeking new landscapes, but in having new eyes”- Marcel Proust. It is rightly said, that Africa can do that to your soul, which probably nothing or no one can. Central African Republic is one of those countries of Africa for which every such maxim holds good. It will never disappoint you. Like a lot of other countries of Africa, this nation being the heart of the continent also is rich in culture, diversity, and importantly wildlife. It’s a melt- pot of culture, and a fusion of ethnic groups. It is a nature lover’s paradise. Beyond imagination, the place is a playground for nature enthusiasts, ranging from the wild to birds.

Some Of The Best And Amazing Places To Visit In Central African Republic Are:

Situated in the town of Boali, a little upstream the main town, 164ft. tall, this majestic falls are best experienced during the wetter conditions of the weather. The M’bari River flows, breaking the silence of the forests, and offering a feast to the eyes. It’s best to visit this location during the rainy season. However, taking a dip is not advisable, as the lake is abundant in crocodiles. 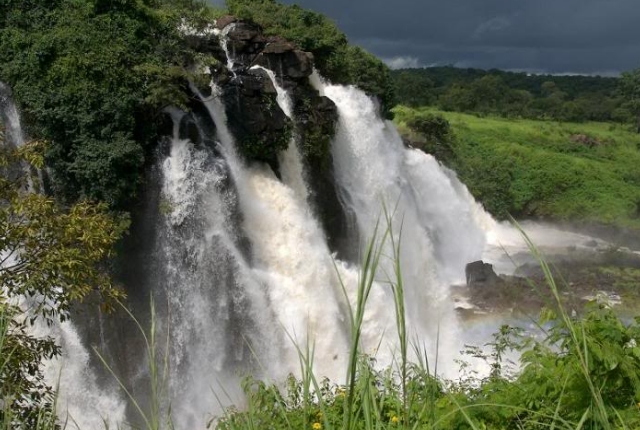 Central African Republic’s one of the jewel in the crown, is this world heritage site as declared by UNESCO. This wildlife rich national park is the resultant of the mixture of wild lives of both East and West Africa savannah. Amongst other wide variety of species, the famous national park provides a protective home to varied endangered species including, black rhinoceroses, elephants, cheetahs, leopards, wild dogs, red-fronted gazelles and buffalo. The national park is situated around three rivers, Manovo, Koumbala and Gounda. Along with being a shelter to a vide variety of mammals, it also houses over 320 different bird species in its dense forests. 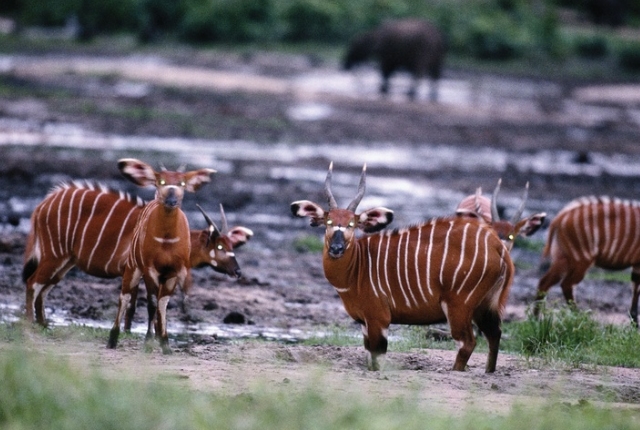 Situated on the northern bank of the Ubangi River, the capital city of Central African Republic is perpetually buzzing with life. The capital houses a Presidential Palace, worth visiting. The Cathédrale Notre-Dame of Our Lady of the Immaculate Conception,a catholic church, is known for its architecture and its past. 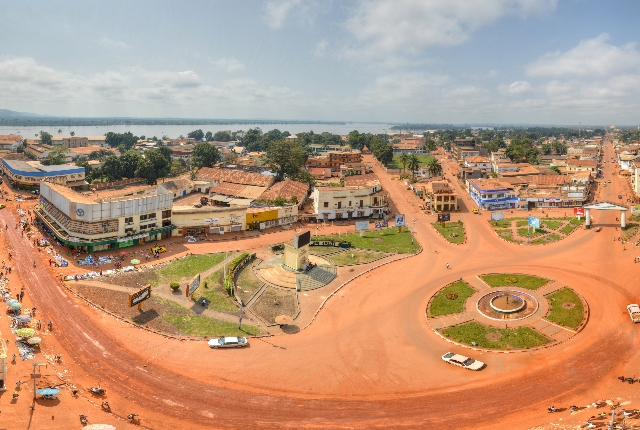 The Bangui city also has a popular museum, The National Museum Barthélemy Boganda, is an insignia of the nation’s well kept culture. The museum heavily reflects the artistic bend of the people of Central African Republic.

Also known as the second largest rainforest in the world, and located in the south western part of Central African Republic, this national park is renowned for its rainforests and multitude of species of animals and birds. It is particularly known for the western lowland gorillas, forest buffaloes and elephants. This national park also facilitates gorilla tracking camp. One can sign up for being a participant for this activity in Bayanga. A visit to this place is a guaranteed lifetime experience. 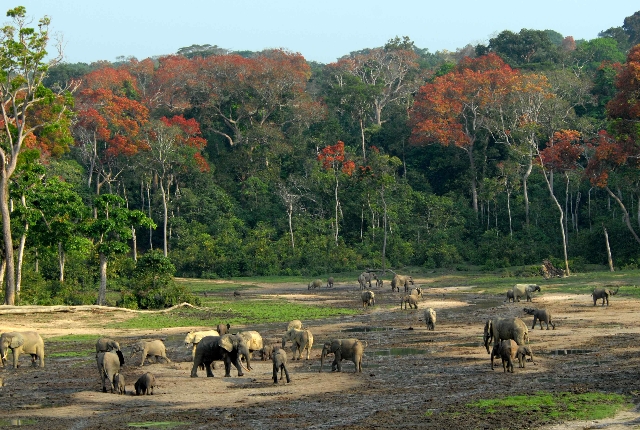 Spread over 17,600 sq.km, this natural reserve presents rainforests and wooded savannahs. The Chinko project has been started to protect the last of the wildlife species in this reserve. The reserve has only a handful of the rare species of wild dogs left in Central Africa. The place is worth a visit. 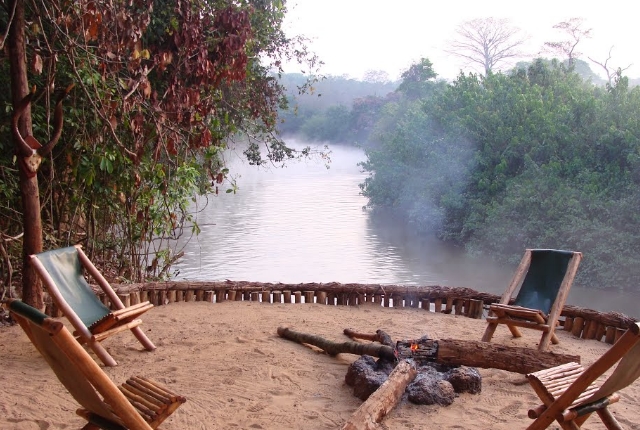 Situated in western Central African Republic, the place is a favourite still with travellers, for its megalithic stones. At the outskirt of the city one can find about 70 megalithic stones as old as 7440 BC. 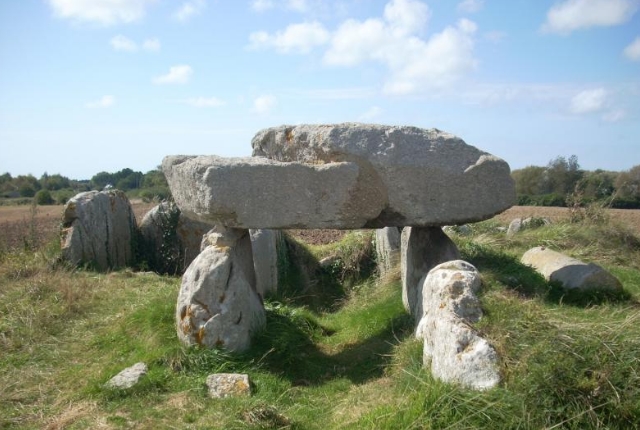 Yet another national park which lies between both Central African Republic and Sudan. It is an ideal site for bird watching. 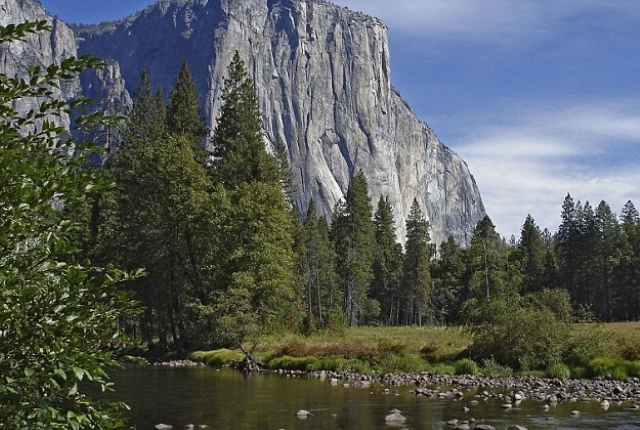 Situated on the banks of the Chari River, the town houses, Bamingui-Bangoran National Park, which is the main tourist attraction in this region. Spread over 10,700 sq.km, this national park is located in the northern area of the country and is home to various bird species and mammals. 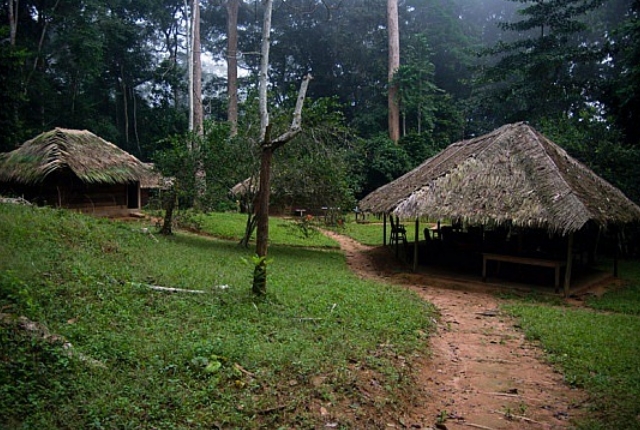 Africa can be a perfect example to variance and scenic beauty. In the town of Kembe, which is essentially a tribal area, with houses made of simpler things, of thatched roofs and mud brick huts. This area has the vibrant Kembe falls, which though may not be renowned but is worth a visit, to experience the lifestyle of the people of Kembe. 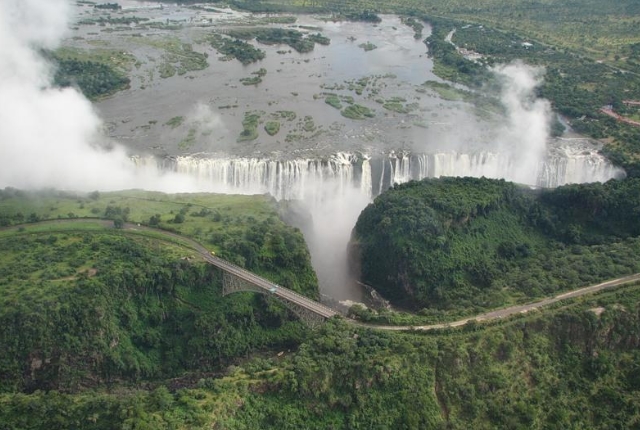 So these are just a few among the large list of destinations to visit in Central African Republic. There are many more places and things to do other than the above-mentioned.