Belarus, a landlocked Eastern European country, has been catapulted in recent years from relative obscurity into a tourist haven. The vibrant capital city of Minsk with its clutch of tourist attractions is especially popular with tourists and locals alike. Outside of the capital city of Minsk, this intoxicating land is famed for its bucolic atmosphere. Belarus is like a beautiful jigsaw puzzle with national parks sitting side by side with quaint villages and ancient castles. The Mir Castle Complex, Minsk Botanical Gardens and Brest Railway Museum are some of the top attractions of this country. To discover more about the spectacular things you can do in charming country, read on.

Here Are 10 Spectacular Things To Do In Belarus:

Mir Castle Complex, a UNESCO World Heritage Site, is located in the Grondo Region of Belarus. The construction of this unique landmark dates back to the 16th century. Located a mere 90 kms from the capital city of Minsk, Mir Castle is one of the top tourist attractions of Belarus. Visitors can not only join one of the numerous excursions which are conducted throughout the day at Mir Castle, but they also get the unique opportunity to stay at the luxurious 15 room hotel, which is part of the castle complex. 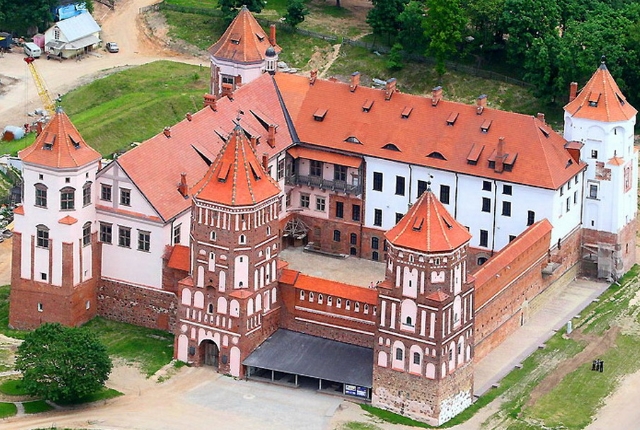 2. Spend Some Quiet Time At The Kalozha Church

This architectural gem is the oldest existing structure in Grodno. The Kalozha Church which is built in the Eastern Orthodox architectural style dates back to the 12th century. The church  is named in honor of the Russian saints Princes Boris and Gleb. The Kalozha Church is located on the banks of the mighty Neman River. One of the unique and little known aspects of this church is the fact that hundreds of ceramic vessels are embedded into the walls of the church. This was specifically done to enhance the acoustic resonance inside the church. Tourists can also observe numerous crosses and ornaments on the outer walls of the church, which are adorned with brilliantly colored stones. 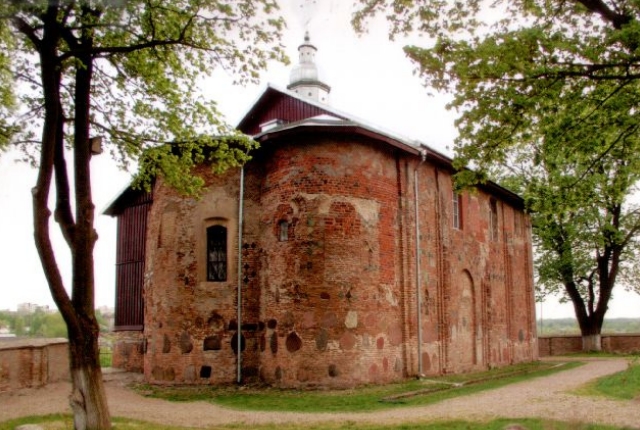 The 153 hectare Minsk Botanical Garden is one of the largest botanical gardens in Europe. This beautiful garden was established in 1932. The Minsk Botanical Garden is home to over 9000 species of plants, some of which are extremely rare. One of the top attractions of this garden is the lemon greenhouse. This garden also has a cozy coffee shop and a small store which sells different kinds of fruits, honey, spices and tea. 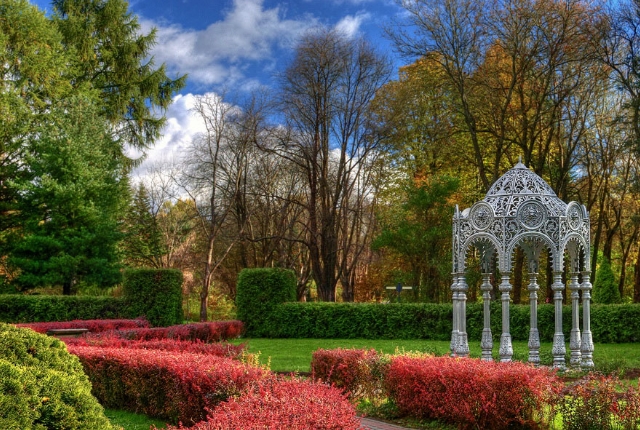 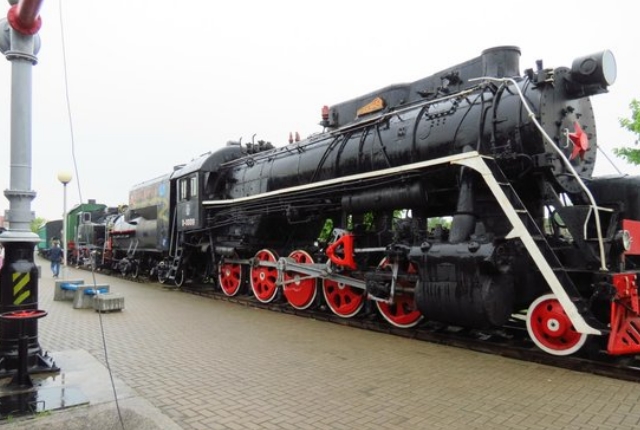 The Belarusian Great Patriotic Museum is the largest repository of artifacts belonging to World War II – the bloodiest war of the 20th century. This museum also has numerous moving displays which tell of the horrible hardship endured by Belarusians during Nazi occupation. This massive 15,600 sq meters museum is located in the Heroes Square. Tourists can explore the ten themed halls and study the 1,37,000 exhibits which are divided into 28 collections at the museum. Besides military paraphernalia the museum also showcases personal items of one of the top special services agents of the period Yelena Mazanik. 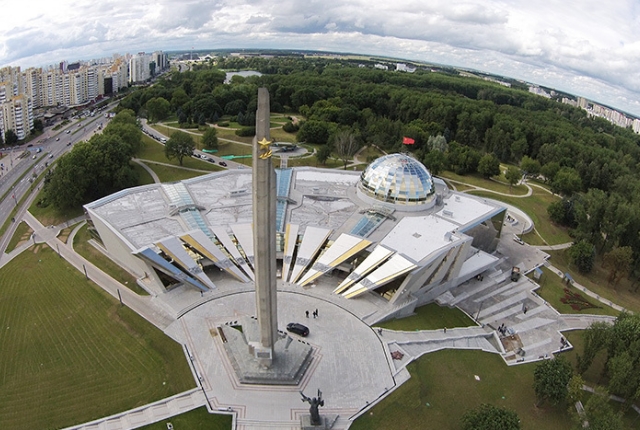 Victory Square is a memorial square that is located in the center of Minsk. The square commemorates the people who lost their lives in the Great War. At the center of the iconic Victory Square is a 38 meter tall granite obelisk, which is crowned with the image of the Order of Victory. Four intricately carved bas relief sculptures adorn the base of this grand monument. The eternal flame and the memorial hall at the Victory square are popular tourist attractions. 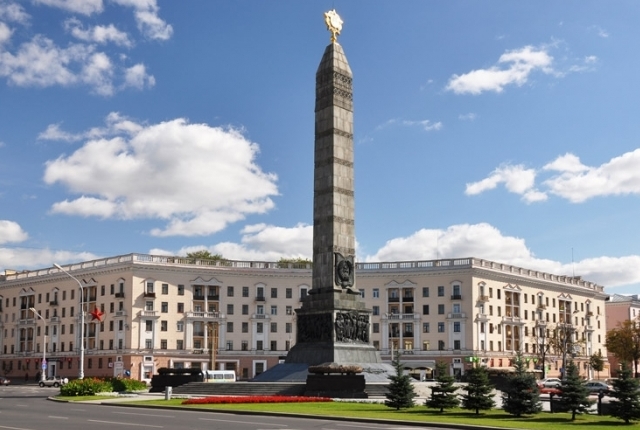 7. Pray At The Church Of Saints Simon And Helena

The Church of Saints Simon and Helena, is generally referred to as the Red Church. This iconic church stands proudly in the capital city of Minsk. This neo-Romanesque Church was constructed in the early part of the 20th century (1908-1910) by architects Wladyslaw Marconi and Tomasz Pajzderski under the orders of a rich Belarusian family. Over the years the Red church has functioned as a theater, a studio and a cinema house before it was returned to the Catholic Church. One of the top attractions inside the church is a massive bronze statue of Archangel Michael defeating a ferocious looking dragon. 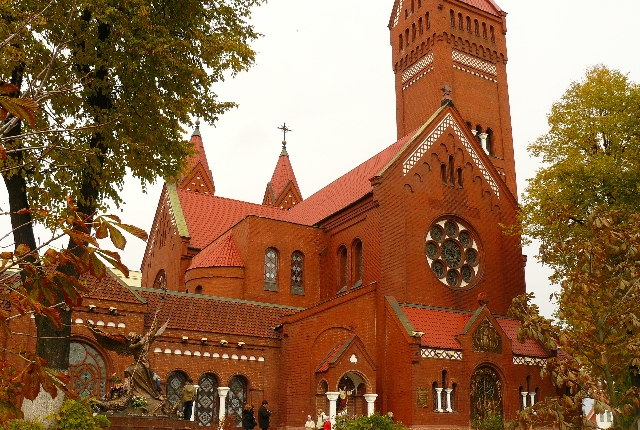 8. Enjoy A Hike In The Bialowieza Forest

Bialowieza Forest, an immense ancient forest, is located at the border between Belarus and Poland. This primordial forest which has been designated a world heritage site covers a whopping area of almost 15,000 square kilometers. Home to the last primeval woodlands, the Bialowieza forest is the best place to study different species of animals and plants which are unique to the Eastern and Western parts of Europe. Nature enthusiasts can visit this forest to spot endangered animals like roe deer, European bison, wolves and lynx. A small section of this forest has been designated as a nature park and is out of bounds to travelers unless they are part of a larger guided tour group. 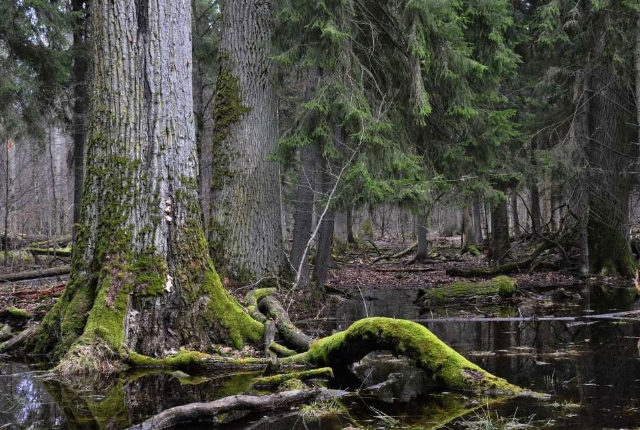 9. Be Awe Struck By The Majesty Of Gomel Palace And Park Ensemble

The majestic Gomel Palace is located on the banks of the scenic Sozh River. This large palace is one the main attractions of the city of Gomel – which is situated in the south eastern corner of Belarus. This architectural gem was constructed in the latter part of the 18th century (1777-1796). Today , the palace has been converted into a top notch museum which hosts numerous interesting exhibitions throughout the year. A visit to the Gomel Palace and park is incomplete without touring the main palace, visiting the burial vault, the quaint chapel and beautiful park. 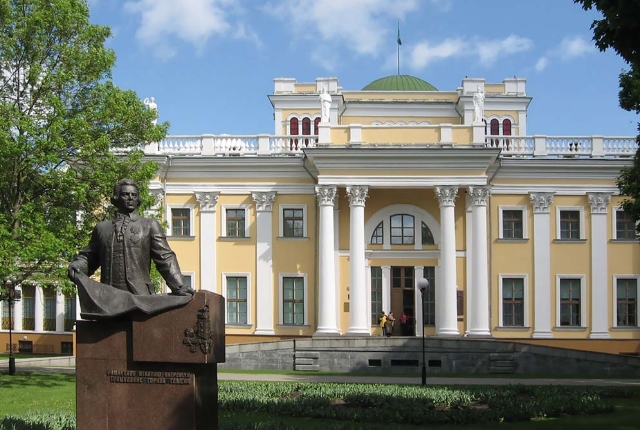 Braslaw Lakes National Park which is famed for its unique terrain and landscapes is one of the four national parks in Belarus. Braslaw Lakes National Park is located approximately 250 kilometers from the capital city of Minsk, in the north western part of the country. This park was established in 1995. A visit to the Braslaw National park affords visitors the rare chance to see hundreds of interconnected water bodies. The park is also rich in endemic flora and fauna. 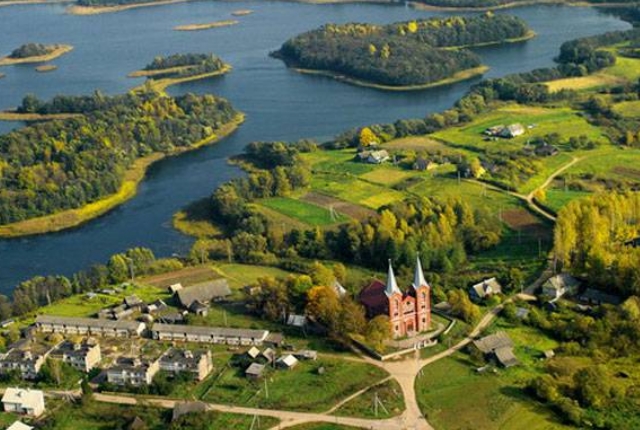