Amsterdam the capital city of The Netherlands’, is famous for its rich artistic heritage, wide network of canals and narrow houses on the bank of canals. The city’s famous museums, houses the culture of the Golden 17th Century Era. Cycling is the key  to the city’s character and has 400 Km cycling tracks. Amsterdam is a unique city. 40 percent of Netherlands’ tourism revenue comes from Amsterdam. The name is derived from Amstelredamme , indicative of the city’s origin as the dam on the river Amstel.

Here Is The List Of Top 8 Places You Should Visit On Your Trip To Amsterdam:

The city old center is formed from canal rings, which give you the feeling of space, freedom and peace. Walk through the streets or better take a ride on the tourist cruises or just  take a boat on rent. The ‘Venice of the North’ as it is termed is a channel of more than 100 canals. A fleet of more than 200 boats  carry more than 3 million passengers every year, offering a waterborne variety of almost every form of entertainment that’s available in Amsterdam. Tour Operators offer variety of cruises ranging from hour-long excursions to candle light dinners. 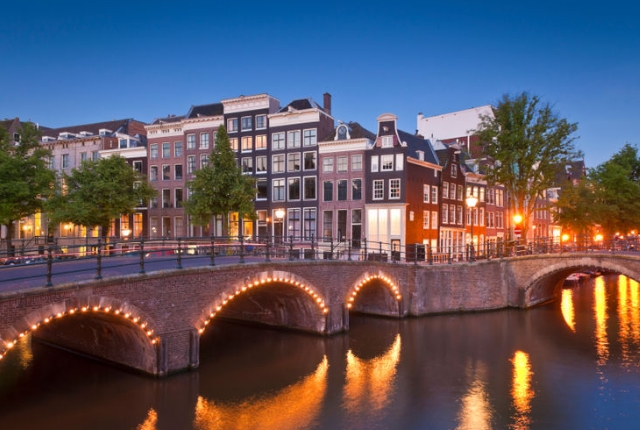 Rijks Museum  is a Dutch national museum depicting the arts and history of Amsterdam. Located in the museum square along with Van Gogh Museum and Stedelijk  Museum. It is the house to more than 8,000 articles in art and history and also has a collection of more than 1 million articles from the age of 1200-2000. The number of tourist visiting here is increasing every year and is also the 19th most visited museum. Some of the masterpieces from Rembrandt, Frans Hals, Johannes Vermeer are included in this collection. 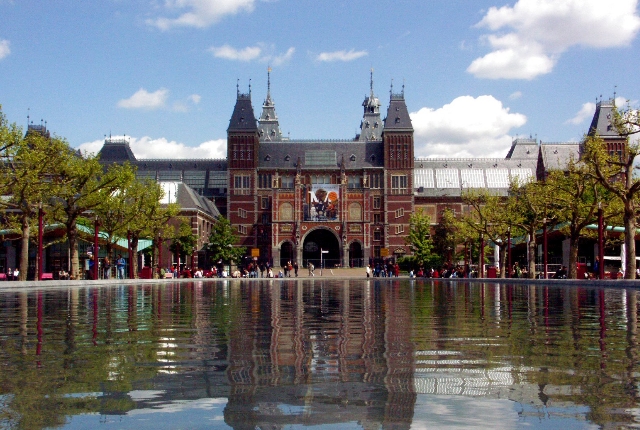 Anne Frank’s House is the most visited place in Amsterdam. The house which was once the hiding place for Anne Frank and her family  for more than a year during the World War-II, is transformed into a museum now. The museum was about to be abolished in 1955 by developers, but was turned into a museum in 1960. Visitors can see the rooms, attic, which gives a picture to the chronicles of last days of her life explained in her letters. 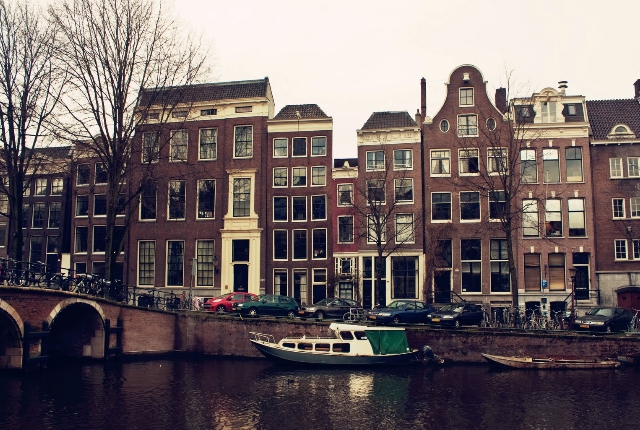 This is the world’s only floating flower market. The market has 15 florists and garden shops. This market is also the major supplier of flowers to central Amsterdam. The market here offers tulips in season and bulbs year-round, as well as clogs, fridge magnets and other kitsch souvenirs. 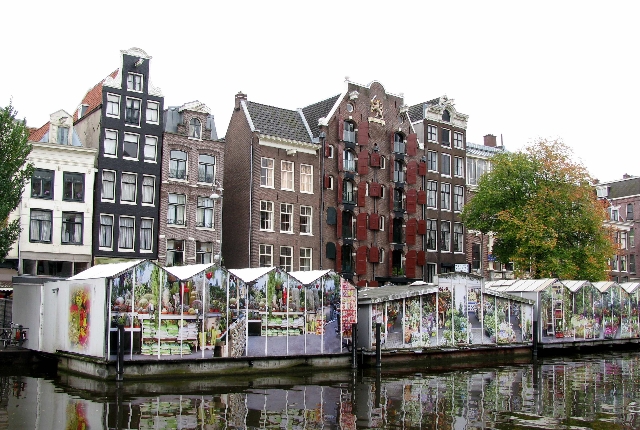 De Wallan is the largest and well known red light district in Amsterdam, the city’s designated area for legalized prostitution. More than one hundred and one rooms or cabins are rented by prostitutes, who entice onlookers from behind the window dimmed by red lights. The district is protected by the police keeping the neighborhood safe. It also several historic buildings, including the city’s oldest church, the Gothic-style Oude Kerk. 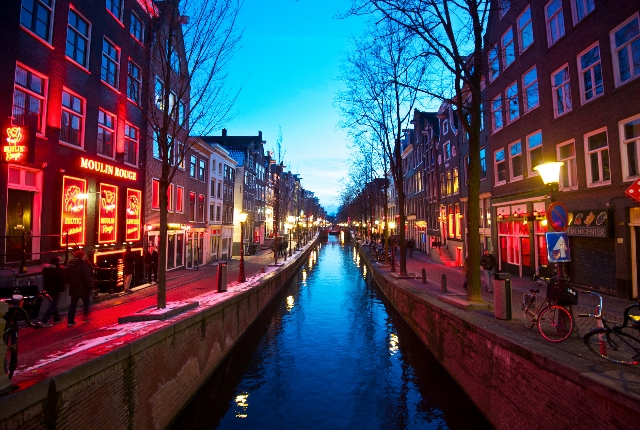 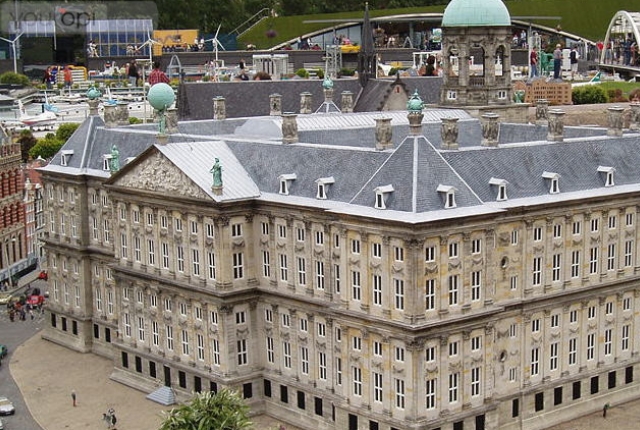 Jordaan is the neighborhood to Amsterdam surrounded by canals increasing its beauty. Once a poor town is now a flourishing city. Today Jordaan is a home to many Art galleries especially modern art galleries. Jordaan is compared with the other towns as oasis of peace due to its narrow streets, little canals making place for strolling around along the monumental buildings and stone tablets increasing its ambiance. 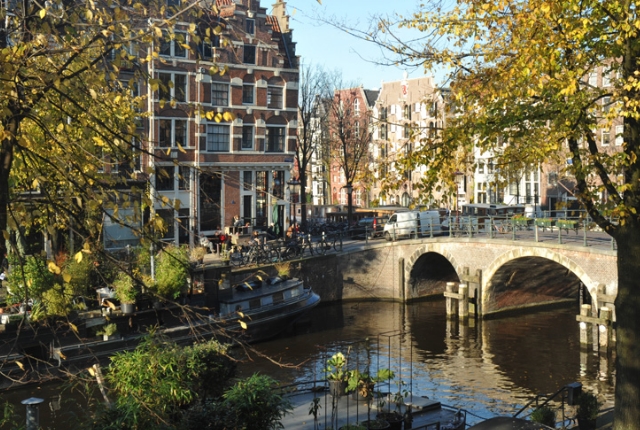 This is the largest city park of Amsterdam. There is an open air theater in the park which hosts shows from June to august and also a Horeca (small shops of eatries). You will  find several statues also inside the park. 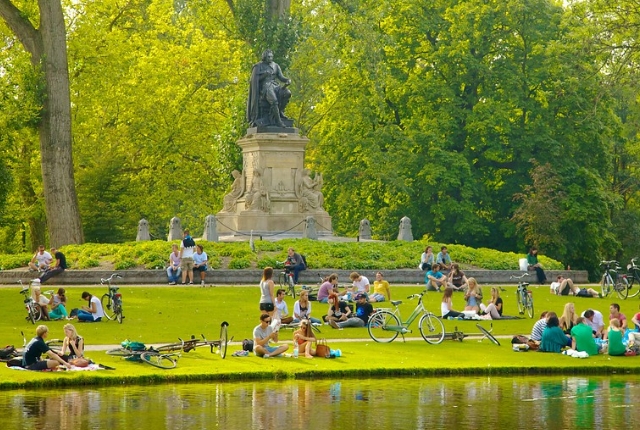