The Falkland Islands included East Falkland, West Falkland and 776 small islands in the South Atlantic Ocean. The islands have the boundary of Oceanic climate and Tundra climate. These islands have a huge population of various birds. You can observe many rare flowers and orchids in these islands.

Let’s Have A Look At This Popular Tourism Destination Of South America And Explore What You Can See And How You Can Enjoy:

You can visit this place for a lifetime experience. The lagoon is located on the East Falkland Island. This coastal area has annually Tundra climate. The main attraction of this beach is the huge population of penguins in their natural environment. You can observe their wildlife in the beach. Well, the beach is the home ofvarious penguins. 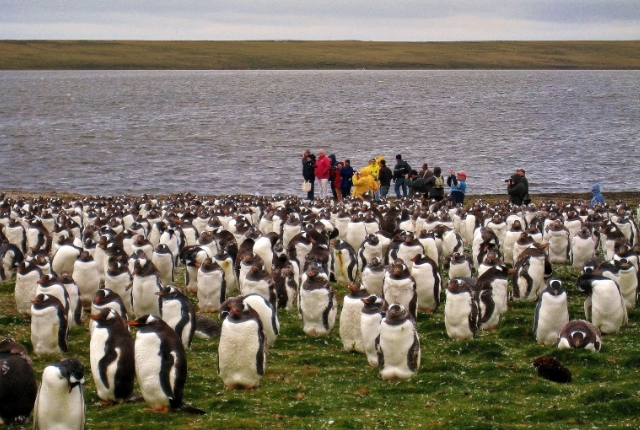 Volunteer point is the must watch place in the Falkland Islands. This place is famous worldwide for its huge inhabitants of birds included Rudy-Headed Geese, Gentoo Penguins, Magellanic Penguins, White-Bridled finches, Falkland Steamer Ducks and Sothern Elephant Seals. This place is renowned for 150 pairs of King Penguins. The place has been recognised as the Bird Life International by the Important Bird Area. 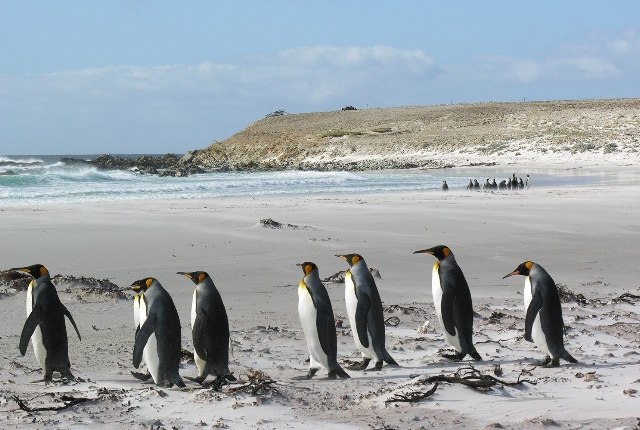 Gypsy Cove is near the capital of the Falkland Islands Stanley. It is a bay with a curved white sand beach. The bay is one of the attractive placesin the islands. You will be amazed to various kinds of wonderful birds and their sounds. Here you can find lots of penguins and wading birds. 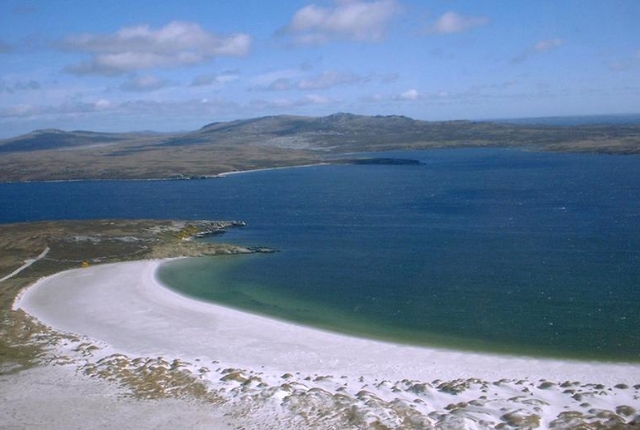 It is the largest among Sea Lion Island Group of the Falkland Islands. Its highest point is Bull Hill which is 151 feet. This island has full of sandstone and mudstone and it has a few ponds. This island has a wide collection of flowering plants. This island is known for its marine mammal population. This is the home of Southern Elephant Seals and Southern Sea lions. You can see Killer Whales sometime from this island. This island also included in the Important Bird Area. It has various seabirds. 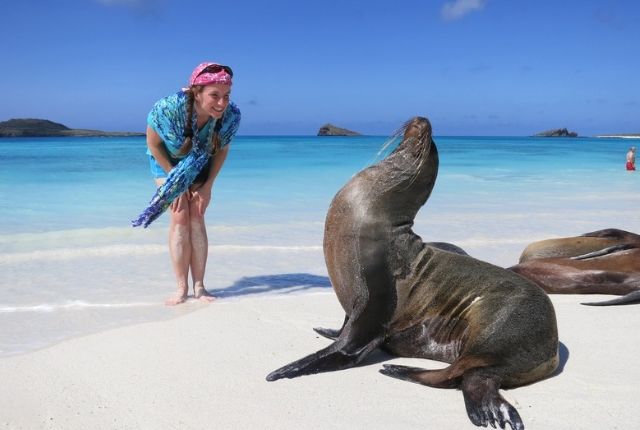 It is a coastal wetland area in the eastern coast of the East Falkland. It is also included in the important Bird Area. This beach has been well-known for migratory waders and waterbirds. It is included white sand beach, coastal banks, maritime health land, salty coves and freshwater ponds.the plain area is covered with the white grass. This place has the 77 different species of flowers on the beach. You can often see Peale’s dolphins from the beach when they came to play in the surf. This beach has a huge population of various birds.

This is the southernmost Anglian cathedral in the world. It is located in the Stanley. The church was architected by Sir Arthur Blomfield and it is built from the stone and brick. It was built in 1892. There is a monument in front of the church which is a whalebone arch. 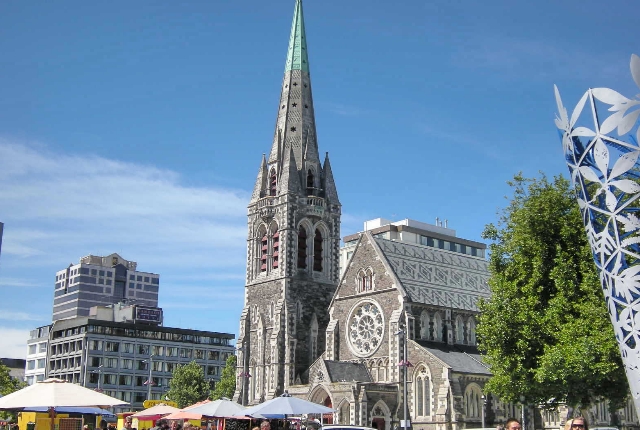 This arch is gigantic in size and it is a popular place among local people and tourists. It is one of the landmarks in Stanley. There is a sitting arrangement under this monument. This monument was made in 1933 by the British. This monument is special because it was made with jaws of two mammoth blue whales. 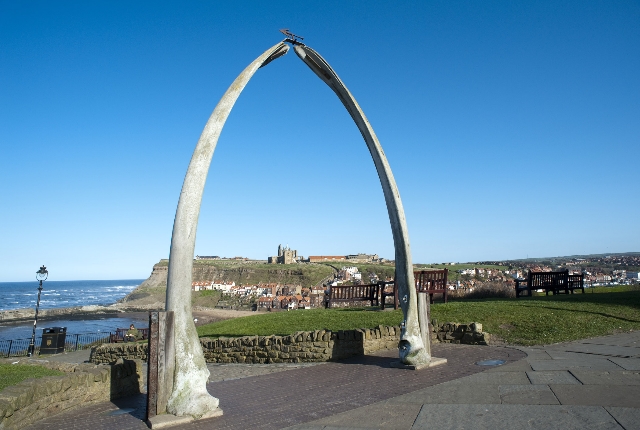 This is the biggest among the Island of the Falkland Islands. It is located at the west-north of West Falkland. The high points of this island are Mount Byng and Stanley Hill. The north-western coast has slopes and cliffs, huge sand bays and rocky point. The island was used as a sheep farm for more than century. It has various kinds of flower plants and birds. This island is also the home of the penguins and seals. 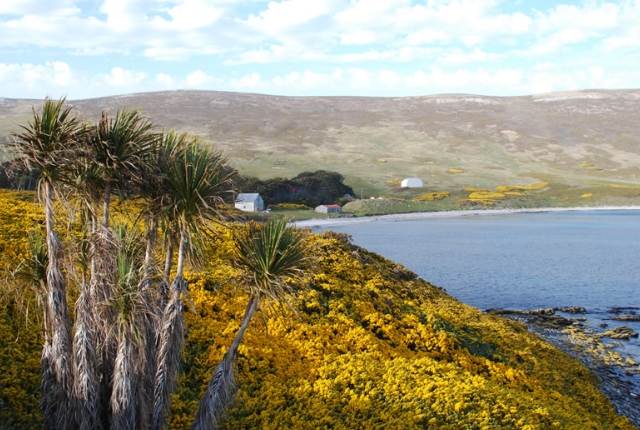 This island is located in the south-east of the East Falkland. The waves break here on the island that is why this island is called Bleaker Island. This is the National Nature Reserve from 1967. There are various flowering plants including different orchids are available. This island is also under the Important Bird Area. 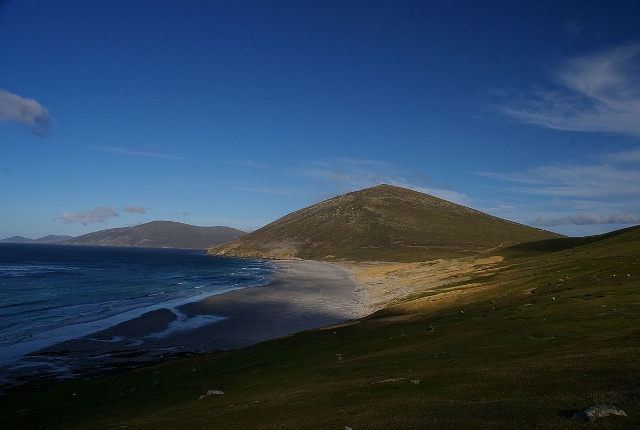 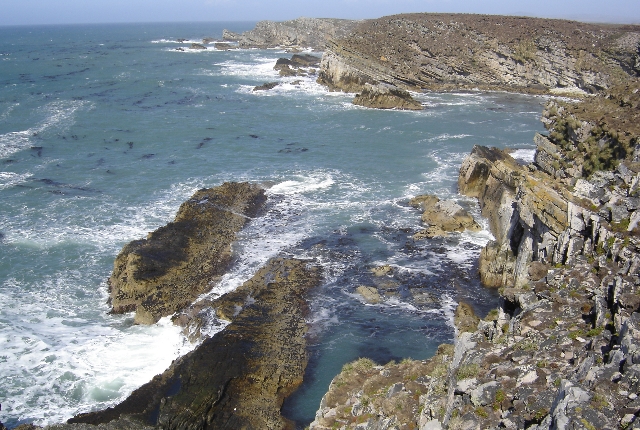