One of the hidden gems of the continent of Africa, is the archipelago island of Cape Verde amidst the Atlantic Ocean. Cape Verde consists of a group of islands, which can fairly be called the top places to visit in Cape Verde themselves. Cape Verde suits the temperament of all kinds of tourists/travelers. If you are the beach lover, or the mountain trekker, or the one who enjoys countryside leisure. As hidden as Cape Verde maybe, the place is definitely a package and value for money.

Situated at the edge of an extinct volcano, the island was discovered in 1460 by the Portuguese, when it was mostly uninhabited. Portuguese word ‘Sal’ derives its name from ‘salt’ which was found in large quantities in Pedre De Lume and was also the primary trade long time ago in this island, which has now become extinct as that of its volcano. Sal popularly attracts tourists for its white sandy beaches.

It is ever more so attractive as the place still remains commercially unexplored and unexploited.

The beaches in Sal have an equal salinity as that of Dead Sea and is a major crowd puller. Sal is also most preferred for the innumerous water sports it entails. Snorkelling, scuba driving is particularly popular and due to the crystal clear water, a wide variety of aquatic fauna can be witnessed by the tourists. Rich in its culture it has a lot to offer to a traveller looking for a pleasurable sabbatical. 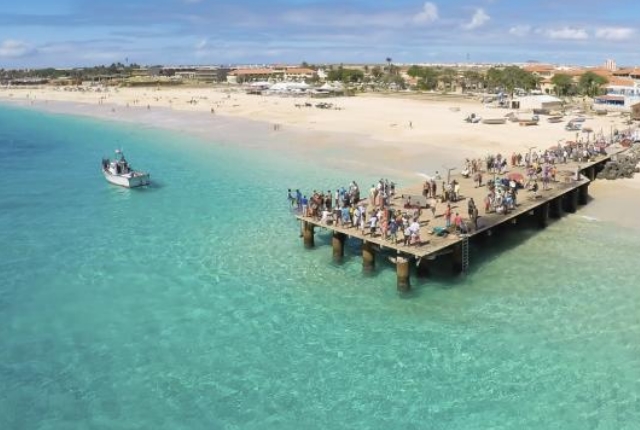 The island situated in the east of Cape Verde, has the best contradictions to offer to those who come to visit it. It’s a heady mix of sand dunes and pristine beaches. The Viana Desert of Boa Vista, stretching from a few kilometres of white sand to one of the most beautiful beach, the Chaves Beach, certainly does justice to this place. Boa Vista also boasts of brilliant music and culture. Sal Rei, the largest habitat in the island, reminds the tourists of the city’s colonial past. 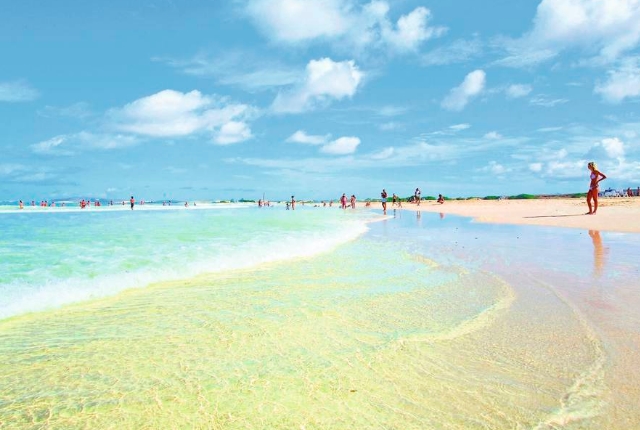 This small town is situated south of Sal, is essentially the town where people may want to spend their ideal summer vacation, by the sandy beaches, whiling away day after day. Santa Maria is known for its many beaches, luxury resorts, bright lit up houses and Deli’s. The town is acclaimed for preserving the weigh-house on the old harbour quay, which was once used to weigh salt. 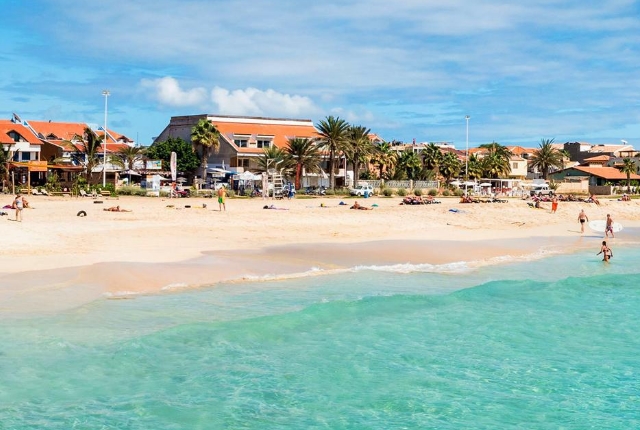 The capital city of Cape Verde, is also probably the commercial hub of the island of Cape Verde. The centre of the city of Praia is popularly known as the “Plateau”. The city offers the panoramic view of Cape Verde’s best beaches. Since beaches are predominant in this island, it attracts tourism in respect of adventure water sports and promises a lifetime of experience underwater, with the magical aquatic fauna the place is rich in. 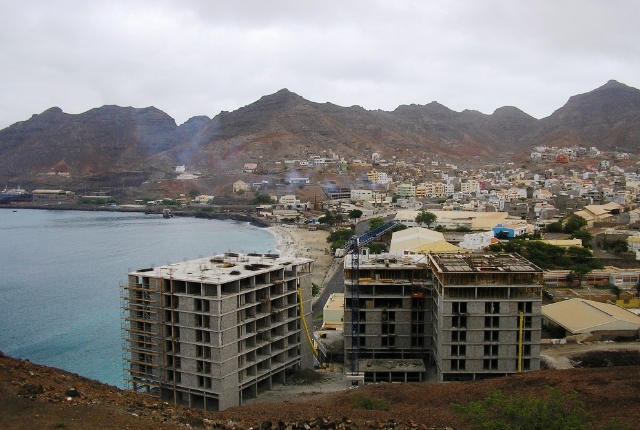 The town of Ribeira Grande, the erstwhile capital city of Cape Verde, has much to offer in terms of history. Renamed Cidade Velha in the late 18th century it was the first European colonial set up. It is located in the southern part of the island of Santiago. The town is listed in the World Cultural Heritage by the UNESCO. For all the history enthusiasts, the town features two churches, a royal fortress and Pillory Square with an ancient 16th century marble pillar. 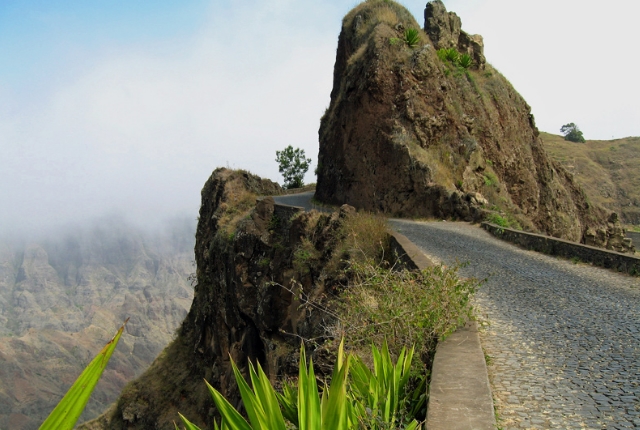 This is a tiny island and one of the most sparsely populated island of all the Cape Verdean islands. With a more humid, temperate, and cooler climatic conditions, this town is ideal for colourful vegetation, flowers, mountain terrains and landscape views. This quaint little town has no beaches to adorn, yet the picturesque view of flowers and plantations make it an interesting and relaxed getaway. The place is ideal for trekking and hiking around the little peaks of the island. 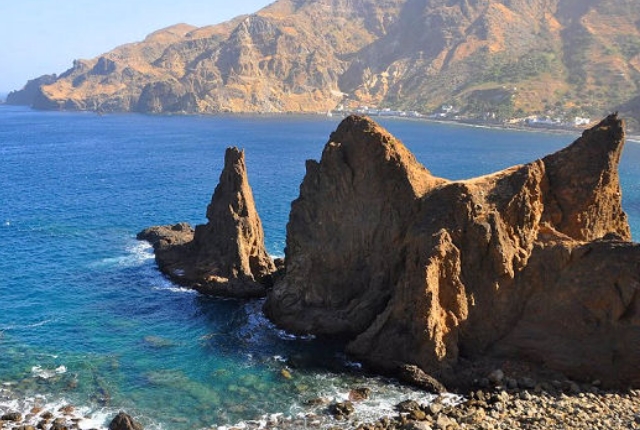 Fogo in Portuguese means ‘fire’ and as the name suggests Fogo is known for housing an active volcano which recently erupted too. Its highest peak being, Pico de Fogo. The view of Pico can be enjoyed by spending time at the periphery which forms a crater around the volcanic peak.

The capital city of Fogo, Sao Filipe, is an enriching experience, as it is heavily influenced by the erstwhile Portuguese colonies.

Adorned with cobbled streets, and colourful pastel houses, Sao Filipe is a treat to the eyes. Travelling to the city is not a difficulty as it has a domestic airport. Fogo also hosts the Black Lava beach, resultant of the volcanic lava, which is a stunning view if one can climb up to the top of Pico de Fogo. The island is also popular for its wine which is made from grapes grown inside the volcano’s crater. 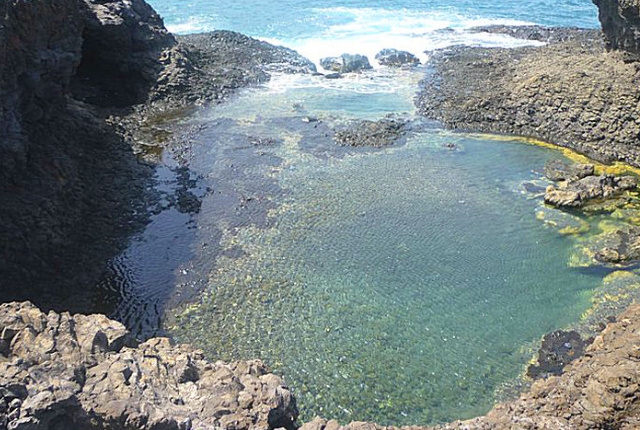 Hearing music in your ears? And wish to dance to a beat or two? Then this island is the place for you. It is often known as the cultural hub of Cape Verde. Mindelo, one of the cities of Sao Vicente, is a mixture of Portuguese and European cultures and this culture is visible in the cities nightlife, music and cuisine.

Sao Vicente’s lively music scene is characterized by two main music festivals held by it. The Carnival music festival inspired by the Brazilian culture in the month of February and a beach music fest in August, drawing musicians all over the world to this little musical town. Additionally, Sao Vicente’s highest peak, Mt. Verde (750 mt.) makes for a decent hiking experience. Some say that, at this island even the lost sport of kite surfing is a delight! 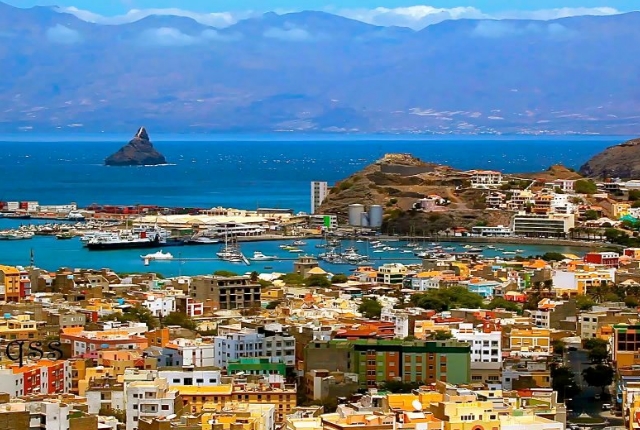 With a varied landscape, this island of Sao Nicolau has a lively hiking scene for all the mountaineers. The highest peek being, Monte Gordo (1312m). A three hour hike from Praia Branca to Fajã, is said to be the best hiking trails at this island. The island is also famous for its vegetation, landscapes. A tree that can live for a century, named the ‘dragon tree’ is certainly a crowd puller. The capital city of Sao Nicolau, Ribeira Brava, the colourful capital city is apt for a leisure walk, while witnessing colourful houses and colonial architecture. 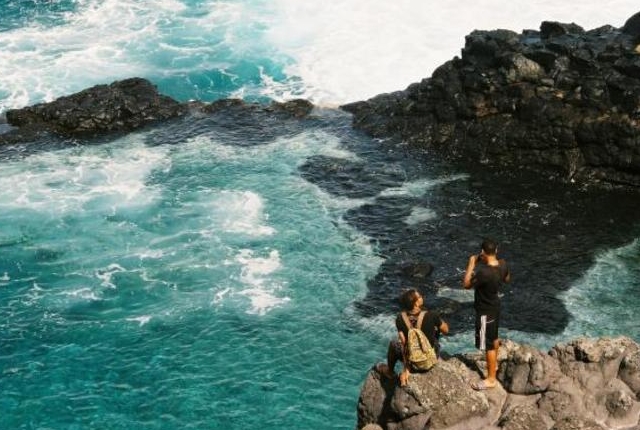 Last but not the least, the island of Maio. Like the entire continent of Africa, this small island, Maio is also untapped in terms of tourism. Commercially unexploited, Maio houses Nostra Senora de Luz, a Baroque church and perfect crystal clear sandy beaches of Morro. The island is ideal for some exquisite bird watching and spotting turtles from the month of July to October. 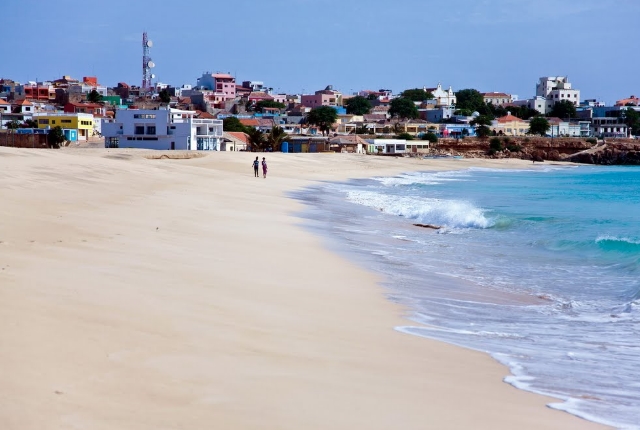