Sicily is situated in Italy. It is mainly an island famous for a volcano named Mount Etna. Surrounded by the Mediterranean Sea, it has a very old history that goes back to 12,000 BC. Many wars took place here in the olden times. After a revolt of 1860, Sicily was included as a territory of Italy. The place is well known all over the world for its arts, culture, and architecture. People visit the island to see the ancient sites located here. The music, food, and literature of Sicily attract people. The main rivers of this area are Salso, Platani, Alcantara, Simeto, and Belice. The cities of the island are well connected through road, railways, airports and ports. There are many places and attractions to see in this area.

The Top 10 Attractions In Sicily Are As Follows:

Nebrodi Mountains are located in the northern part of Mount Etna. The mountain range includes very high peaks and it is covered by a dense forest. This area has an old age charm and looks that reminds one of the ancient times about 2000 years ago. People go to the Cesaro high to see the snowfall in winters. The Villa Miraglia is situated amongst the mountain range. From here, you can go the highest point on the Nebrodi Mountains, which is known as Mount Soro. 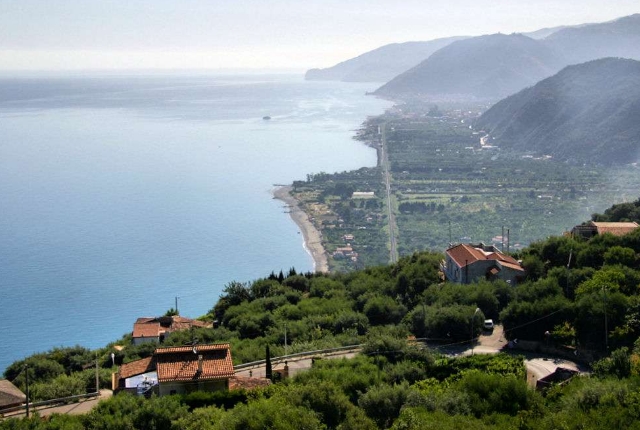 If you visit Sicily, you must see the Monreale town. In the surrounding area, there is a valley having lush trees. People who visit the city like to go to the famous church called Cathedral of Monreale. It has an amazing interior design. The walls have mosaic design and the Norman architecture of the church is splendid. The mosaic images shine in the surrounding gold color. 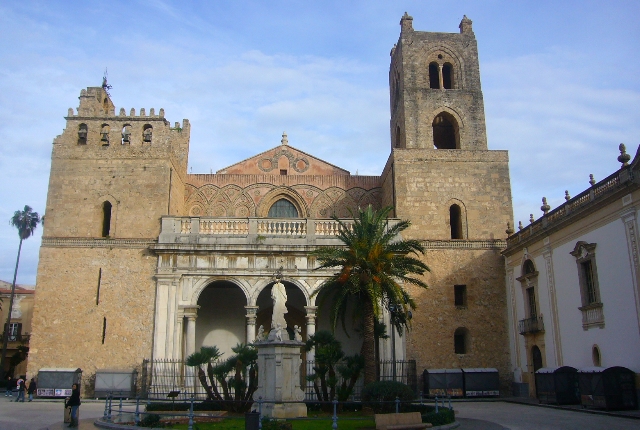 The Aeolian Islands has seven islands in total. The area has a large number of caves and cliffs. People like to catch fish in these islands and enjoy in its beaches. This is a type of volcanic archipelago. You can pass time by playing water sports in this island. Go to the different islands by taking a ferry. The area has a rough coast and there are thermal resorts here. People like to spend time in the Lipari Island in the summers. 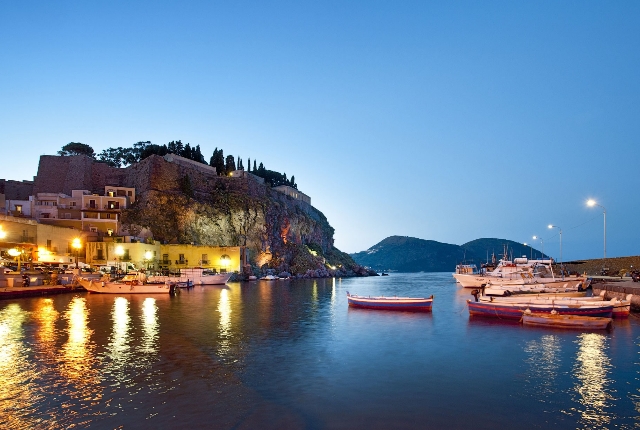 4. Valley Of The Temples

Valley of the Temples is an archaeological site with a large number of temples situated on the upper part of ridges. Visit the park situated on the Southern part of Agrigento. Some of the famous temples that attract visitors are Tempio di Hera, Tempio della Concordia and Tempio do Ercole. You can also see the Byzantine tombs situated in this area. Tempio dei Dioscuri is situated on the Western zone. 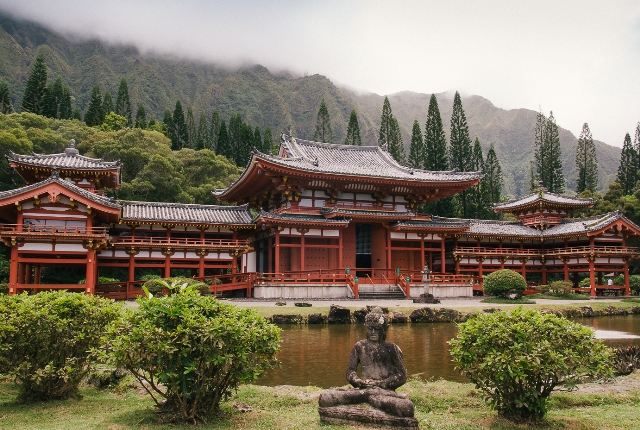 The tourists who visit Sicily like to see the Villa Casale and its mosaic structures situated near the Piazza Armerina. It is a very big building that functioned as an entertaining area for the owner in the ancient times. Visitors take a tour of this area. The floor of the villa has images of animals, circus and women gymnasts. 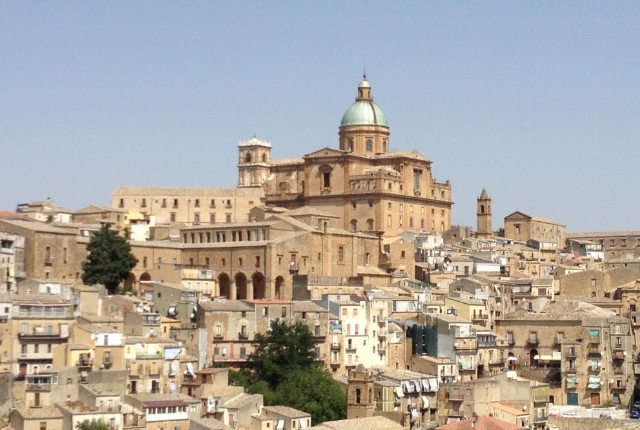 Taormina is situated amongst a rocky structure and people like to enjoy the sunset view from this place. This area has medieval buildings. Its streets have a large number of bars and food shops. There is a shopping area and people like to stroll here. You must visit the Teatro Greco, which is a third century theater. People watch mountains and bay from the theater. 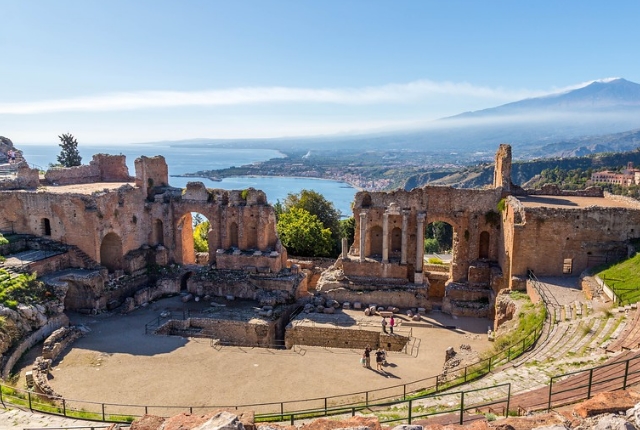 Syracuse is a wonderful city in Sicily having archaeological sites with Greek remains of the ancient times that have been preserved since then. See the archaeological buildings in this area. There is a Greek Theater built in 5 BC. Remains of ancient theatre are also found in Syracuse. Two famous spots of the city are the Catacombs and the “Ear of Dionysius”. 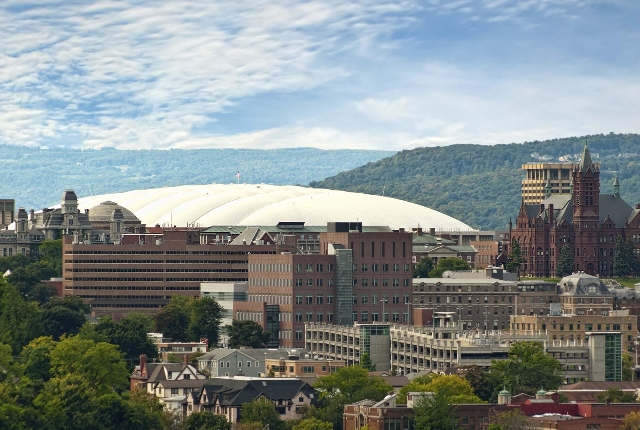 The Cappella Palatina is a religious site with an amazing chapel. The chapel shines with gold mosaics. Its interiors are very beautiful with floor made of marble. The ceiling is made of wood and it has a design with honeycomb carving. Images are painted on the ceiling. The chapel is made of precious stones. The walls have marbles with Islamic designs. 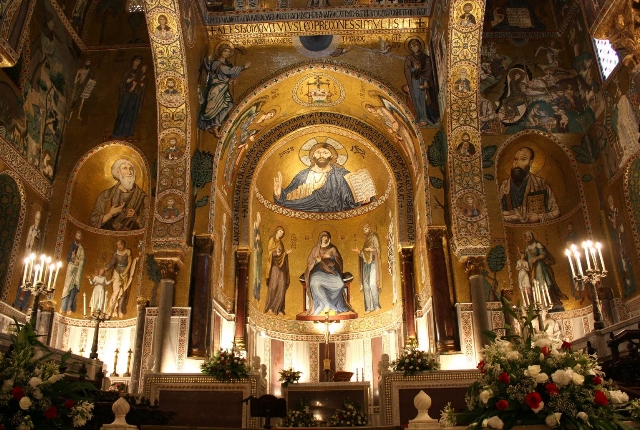 This is a Baroque town surrounded by mountains. The buildings of this area are designed with Spanish Baroque architecture. The visitors like to see Palazzo Villa-Dorata. This place has balconies painted with images of lions and other animals. Another interesting area of the Noto town is Piazza Municipio having many towers. 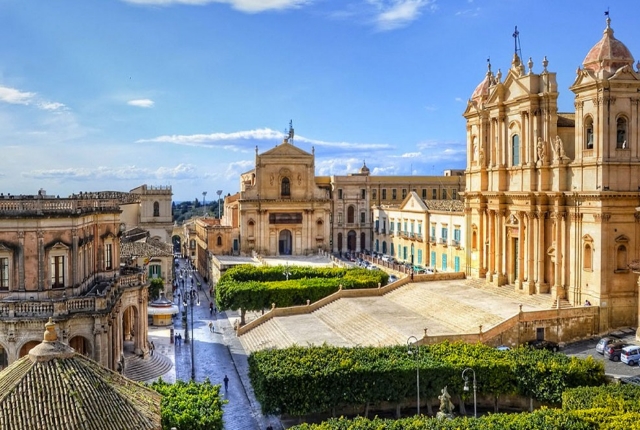 Teatro Massimo is a very huge opera house situated in Sicily. Tourists visit the place to watch the performances of opera and ballet. Take your family to spend the evenings in this place. You can also watch orchestra performances in the opera house. 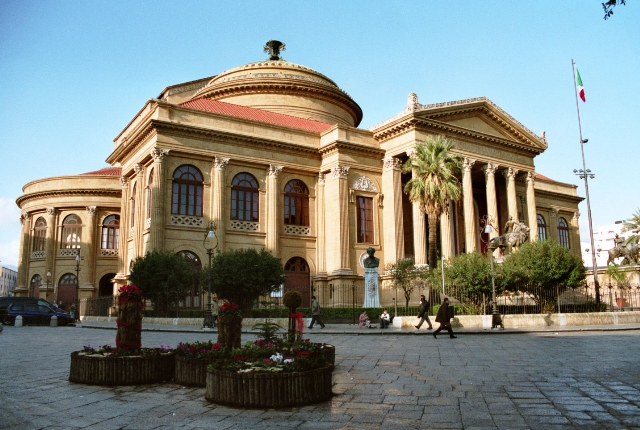