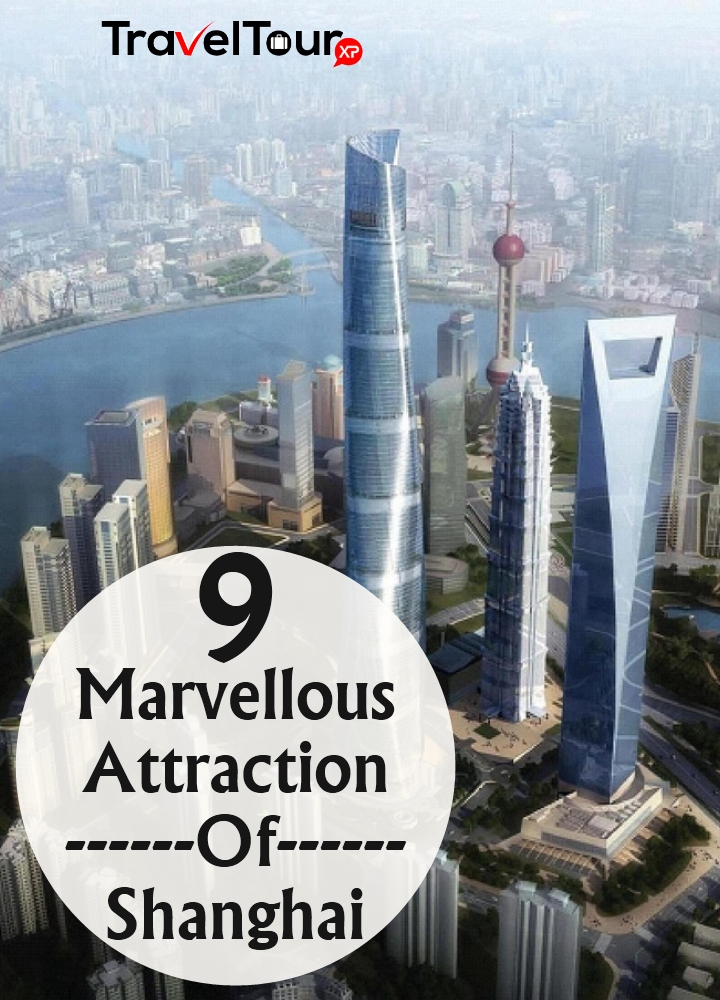 Shanghai is the biggest city and the trading hub of China and renowned for its cultural and historic heritage. The architectural masterpieces is the heart of Shanghai with some of the brilliant structures to boast of. The metropolis is popular among the visitors for its unique multicultural glamour and the mixture of Chinese and western culture. The City has preserved its traditional and historical heritage intertwined with urbanization.

Here Are Some Of The Marvelous Attractions Of Shanghai:

This waterfront area of Shanghai, has been the most recognizable symbols of the city. It is the part of the Zhongshan Road and runs along the Huangpu River. The 52 buildings along the bund are architectural masterpieces, each of a different style. The stretch is famous as ‘The Museum Of Buildings’ which includes buildings of Gothic, Baroque, neoclassical, Romanesque, Renaissance style of architecture. You may just stroll along the or take snaps with the picturesque view. 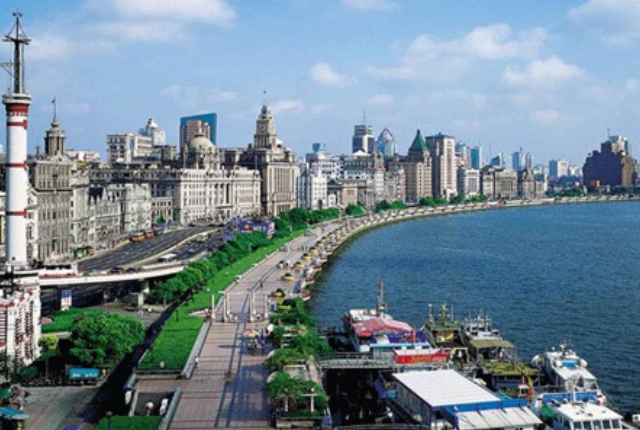 It is one of the most popular museums of China, exclusively known for its distinct Chinese Art. The artifacts and sculpture demonstrate the ancient art and philosophy of China. There are eleven galleries and three exhibition halls. Ancient Bronze, Ceramic, Paintings, Calligraphy, Sculpture, Coins , Seals and many more from the ancient rich Chinese  heritage are among the museum displays. 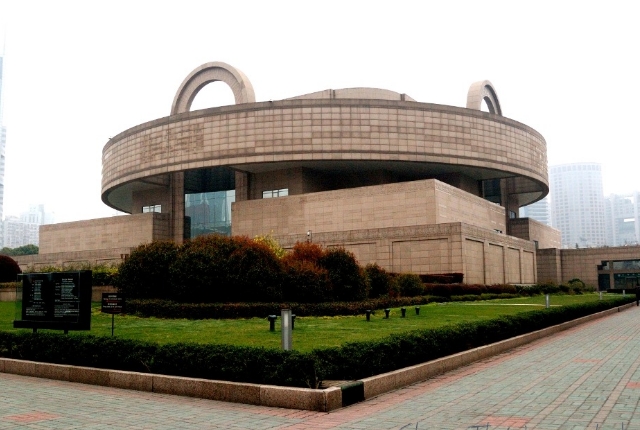 It is one of the oldest Buddhist temples of China. Originally the statues were formed from two jade stones imported from Burma. Currently you may also see much bigger statues built in recent times. The architecture of temple depicts the olden time classical art. The temple has devotees from around the globe through out the year. The atmosphere has absolute peace and calm ambiance away from the modern society. 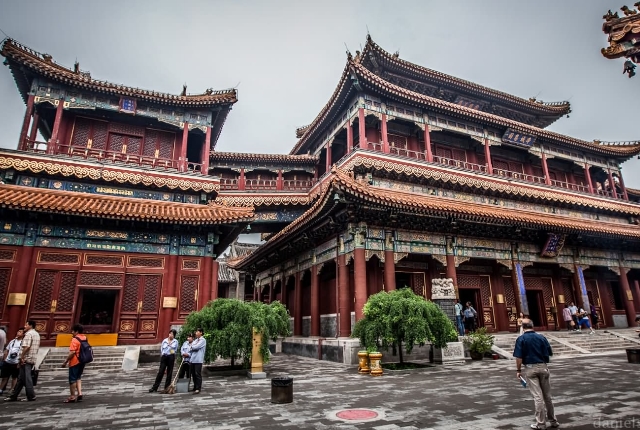 Located in Pudong, Disneyland theme park is a part of the Disneyland Resort in Shanghai. A major attraction among all age groups, It has never failed to fascinate visitors like its all others sister ventures. Adventure, Fantasy, Visuals which include all the evergreen Disney attractions right from the Alice in the wonderland Maze, Voyage to the crystal Grotto, Seven Dwarfs Mine Train, Peter Pan’s Flight,Mickey’s Garden, Jet Packs and so on. 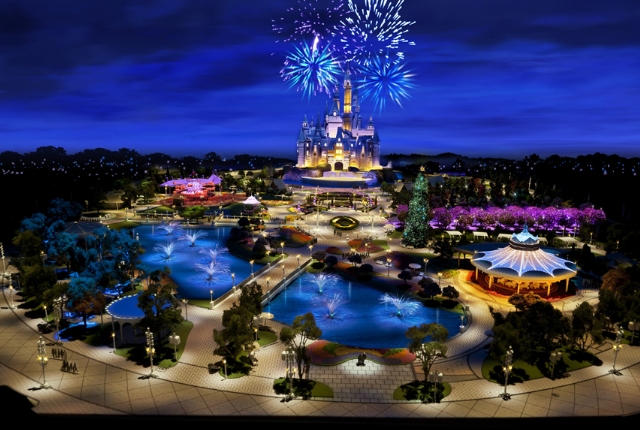 The sixth venture of the Madame Tussauds, popular for its advanced technology methods of making. There are around 80 wax figures of Celebrities like Angelina Jolie, Brad Pitt, Nicole Kidman ,Michael Jordan and 7 theme pavilions of Behind the scenes, Glamour, Sports, Celebrities. You can also involve in activities like meeting Bill Gates and making movies. 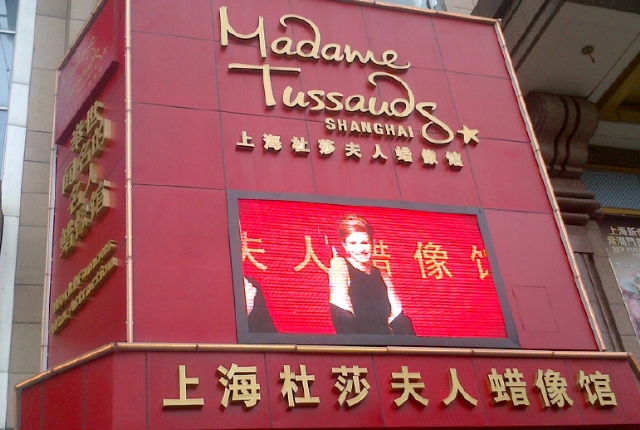 You should never miss this chance of seeing the process of Film making. You will never feel that the scene and the sights are fake. The place is a realistic depiction like a kind of Platoon Movie. You will get to walk through the park and feel like you are walking in a movie scene. The expressions of actors, scenes decorated with the stage scattered around and people dressed like ready for talking a shot. It is one of the unique places to visit and the one you should never be missing. 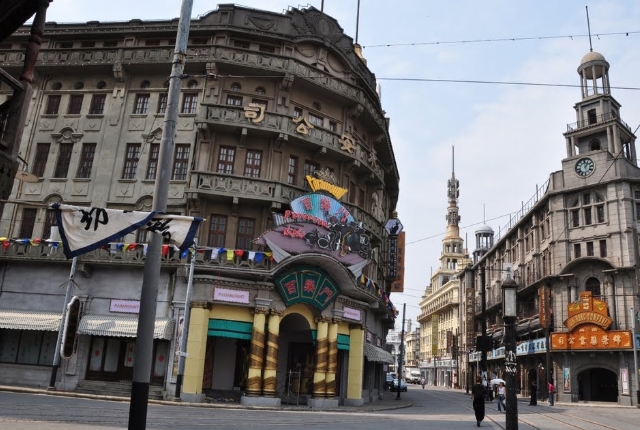 It is the ranked 6th in the world and 2nd in china as the tallest TV & Radio tower. It is popular due to its unique architectural design . The base of the tower is supported by three slanting stanchions and the body is formed by three decorative spheres. The visitors are elevated up to the observation deck on each sphere. You will get a bird’s eye view of the city from the sphere. Each sphere has some or the activities that will amaze you. The top level is a revolving restaurant, the base has a science fantasy centre. 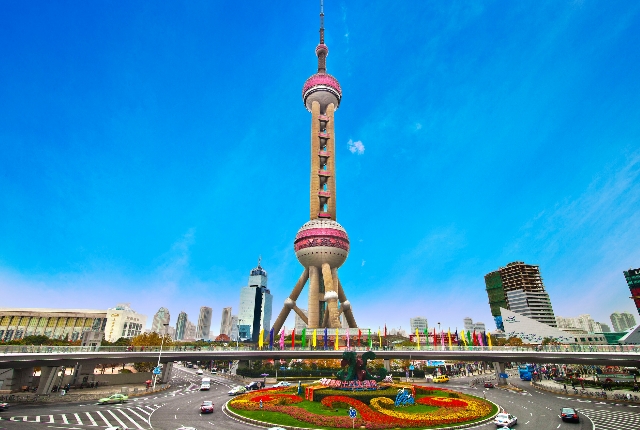 It is the largest public square of china, a garden type space surrounded by buildings and administrative structures. Once a No 1 racecourse, it was renovated during the cultural revolution and today is considered a popular hangout place among the Chinese. There are seven grand buildings the Shanghai Grand Theater, Shanghai Museum, Urban Planning Hall, City Hall are some of the attractions of the Square. 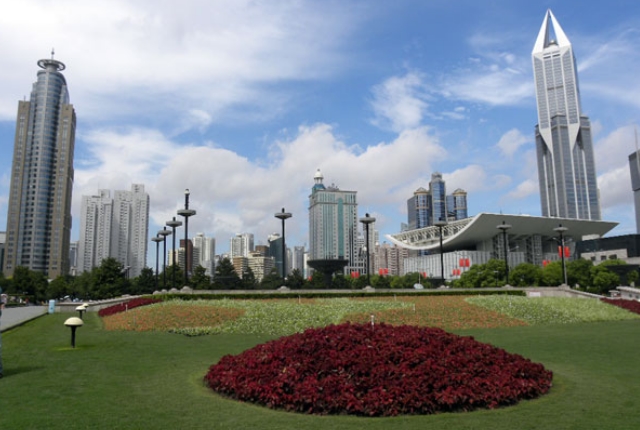 Buddhism being the prominent religion in China, ‘The Pagoda’ surely can’t be missed out. The Longhua Temple and Pagoda is dedicated to Maitreya Buddha. Dated back to 977 it is the oldest Pagoda of China. It is a seven-storey structure and forty-four meters high. The body and base of the Pagoda was built thousand of years ago and is untouched since, Although the balconies are reconstructed several times. Adjacent to it is the Longhua Temple which is also the Oldest in China. Large number of visitors and pilgrims visit the temple every year. 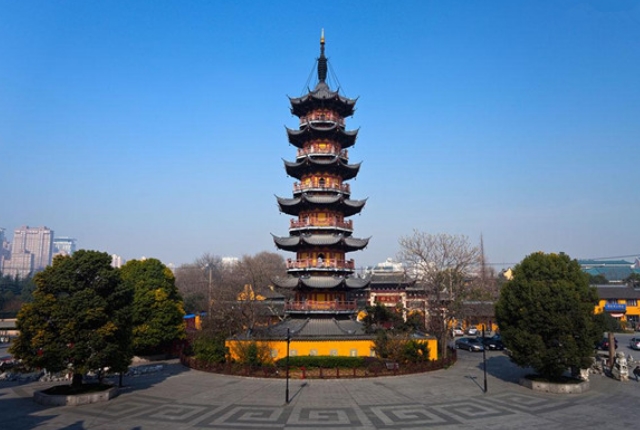