The War Remnants Museum primarily exhibits the artifacts, arms and ammunitions used during the 30 year long war between America and Vietnam. This Museum that has been operational since 1975 and named as War Remnant Museum is maintained in the best of its condition displaying period-wise war related artifacts in different rooms. The immaculately maintained war tanks and machineries outside the Museum and the pictures taken at the time of the war melts the onlookers art, clearly depicting the amount of pain and loss experienced by the people of Vietnam during the war. 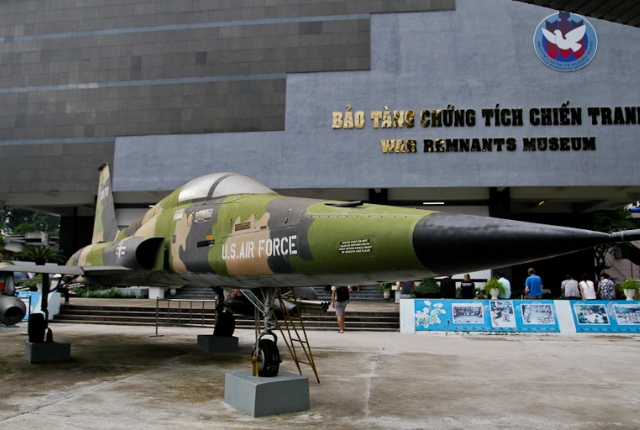 The Cu Chi Tunnels formed the base network for connection between the government and the War Front during the American Vietnam Wars. Though the tunnel is a long one and extends underneath almost every area of Vietnam, a portion of the Tunnels is opened to the public to visit and has a damaged tank displayed inside. This tunnel was used by the Vietnam soldiers as a hide out during the combat, make routes to Hospitals and food supplies. While the Americans described these tunnels as ‘Black Echo’, life in the tunnels for the Vietnam soldiers were real hell with poisonous centipedes and thousands of Ants moving around them adding to their misery due to of lack of Air, light and water. 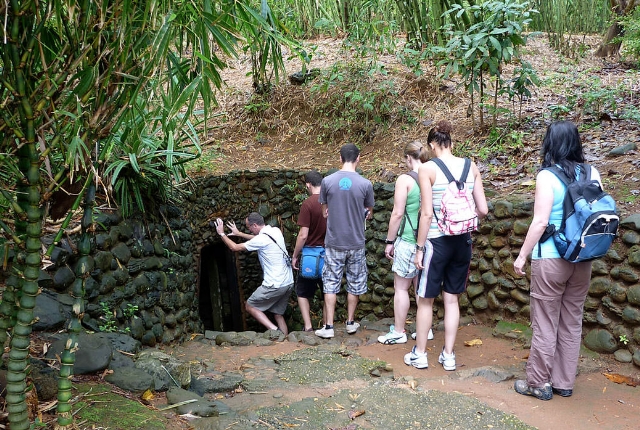 Caodaism is a monotheistic religion that was established in Vietnam in the 1926. Cao Dai means ‘Venerable High Lord’. While the principles of followers of Caodaism are multifold, some of them are Freedom from this painful life to unify with God, honouring the ancestors, practice of Non-Violence, prayer and vegetarianism. The Cao Dai Temple is the place of visit for the followers of Caodaism religion. The word Cao Dai Temple literally means ‘High Tower or Palace’. Cao Dai is considered as the Father and the other Holy figure of worship is the Holy mother. The Cao Dai Temple is a huge colourful structure maintained in a serene manner. Built in the Chinese architecture style, the paintings in the walls and roof of the Temple make it a jubilant, colourful but peaceful place of worship. 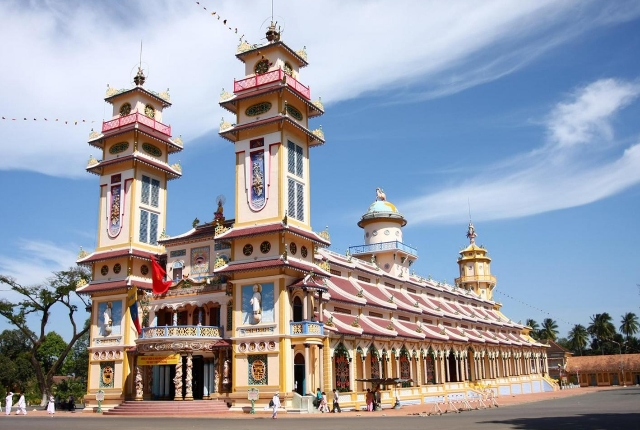 Basically referred to as Financial Tower, Bitexco Tower and Sky Deck is also called as the Saigon Skydeck. The 49th floor of the Tower offers a lovely scenic view of the Ho Chi Minh City. Being the tallest building in Ho Chi Minh, this is the 3rd tallest structure in Vietnam and gets the 124th rank among the tallest of the buildings in the World. The Wall and Façade System, the Heli Pad and the Grand Atrium Lobby are marvels of the building, making the structure to be termed as the coolest skyscraper in the World. 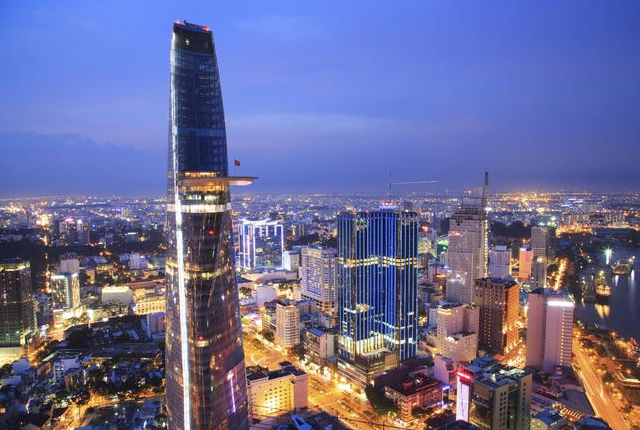 Built by the Chinese community in 1909, Jade Emperor Pagoda is a Taoist Pagoda. Jade Emperor Pagoda is also known as the Phuoc Hai Tu and Chua Ngoc Hoang. The Primary diety of the Pagoda is the Jade Emperor and so it takes its name from there. One of the most revered temples in the Ho Chi Minh City, this temple welcomes Buddhist worshipping also. The statues of the Chinese Gods and Goddesses, the smoke and fragrance created by the Incense Sticks, the intricate carvings and architecture inside this Pagoda create an incredible atmosphere offering a serene peaceful environment of worship. 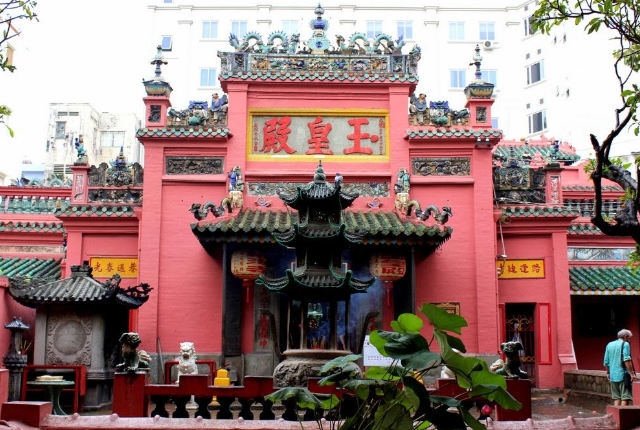 Referred to as Independence Palace, the Reunification Palace is built on the site where Norodom Palace was situated. This Presidential Palace is where a group of Vietnam Government top officials operated from during the Vietnamese War. This building houses the President’s Office, the Banquet Chamber in the Independence Hall, roof that acts as Helipad, Minister’s Cabinet Room and a Conference Hall. Many secret rooms and the command bunker from where the War strategies were devised makes the onlooker awe struck. 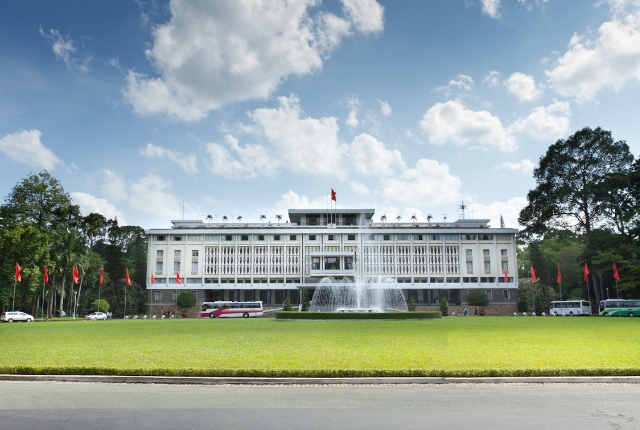 The Ho Chi Minh City Zoo, is not only a Zoo, it is a very well maintained Botanical Garden that entertains the Kids with the Mini Theme Park right at the entrance. Located in the center of the City, this is one of the main tourist attractions 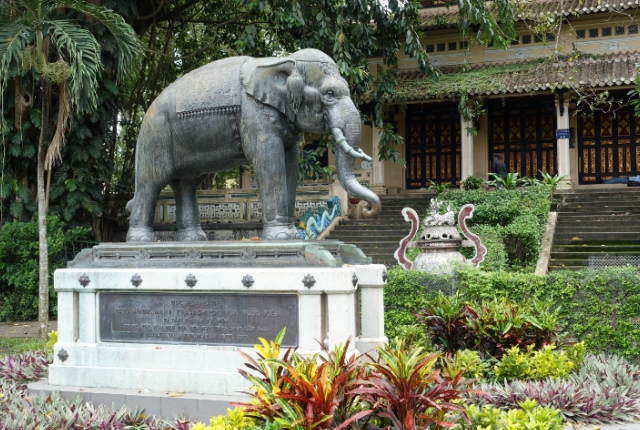 Also referred to as the Saigon Central Post Office, this is located in the downtown near the Central Basilica. With a vaulted main hall and period finishes, this monumental post office is operational since 1891. The striking influence of the French architecture witnessed in the Post Office is a feast to the eyes. 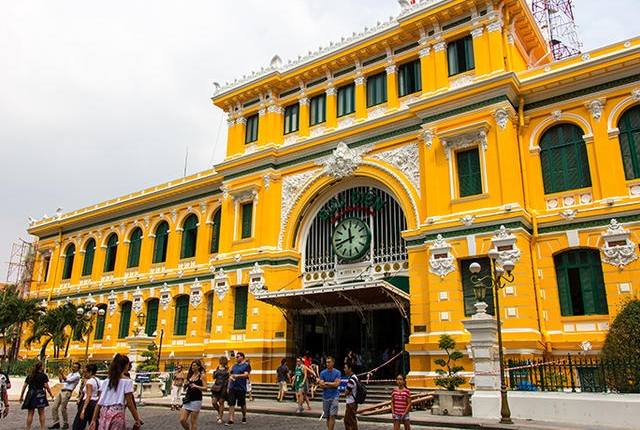