France has a long cultural legacy and that is why many prefer to visit the country. Many tourists have enjoyed their stay in Paris, tasted the experience of Rivera to the renowned cuisine of Provence. Explore the rural towns of France to unearth the culture and historic importance of French towns.

Here In The Article We Have Listed 9 Charming Towns In France To Enjoy Your Stay.

The tiny village located on the west coast island of Re in France Many tourists is reaching Ars-en-Re to explore the treasure of this place. The enchanting streets are further enlightened by high-end restaurants on both sides. Also pay a visit to the beach resort of vibe. 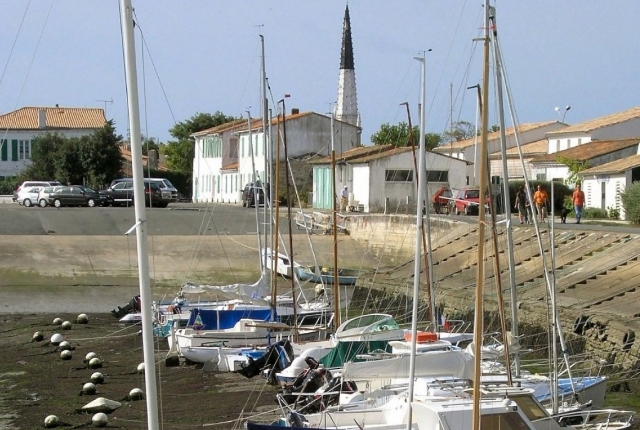 The town is close to Geneva at a distance of 22 miles. The exact location of this town is Upper Savoy region on the eastern side of France. Major attractions in this town are the popular terraces line up the canals and a 12th century built castle in the middle of a canal. The town is also known as’’ Little Venice’’. 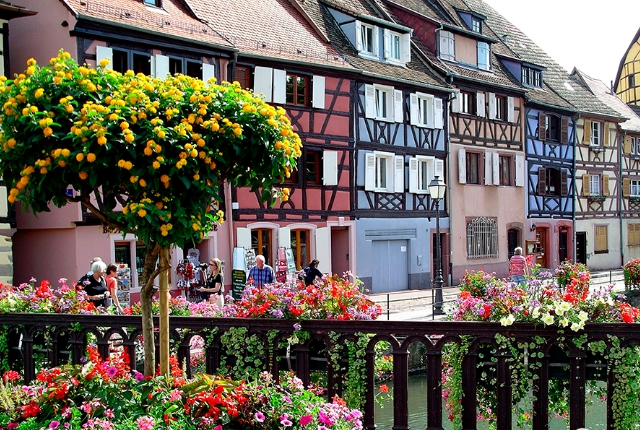 This is a colorful town in France and share the Little Venice name with Annecy. The major highlights of the town are brightly colored homes, adorable storefronts, and cheerful flower-lined canals. Another attraction in the town is taking a canoe trip through the canals with tourists lined up the banks. 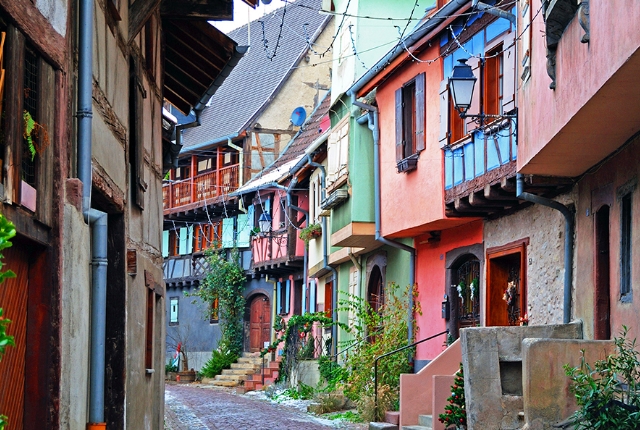 This town is a medieval town and prettiest town in Brittany and river Rance flows through the village. Attractions to see here are the long ramparts, shops, and cobbled streets, Tudor type of house, port, and art galleries. Dinan still preserves the buildings built during the 13th century. Other features in the town are the St. Malo’s Church, The Jacobins Theater, Duchess of Anne’s Tower, The Chateau de Dinan, and Saviour’s Basilica. 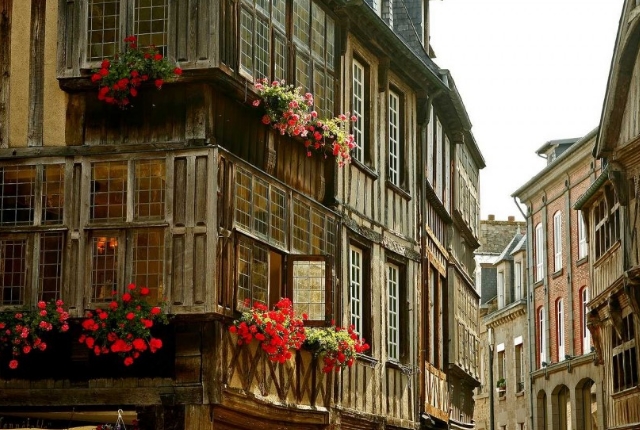 The town is pride of Brittany and known as one of the Plus Beaux Villages in France (most beautiful villages of France). The local Locronan pilgrimages are held in high esteem in the land of Brittany. The people call this pilgrimage as ‘’Tromenie’’ and happens once in 6 years between the second and third Sundays of July. During the festival people used to carry large banners of the participating parishes. Notable to see here are houses built in 18th century, local museum. 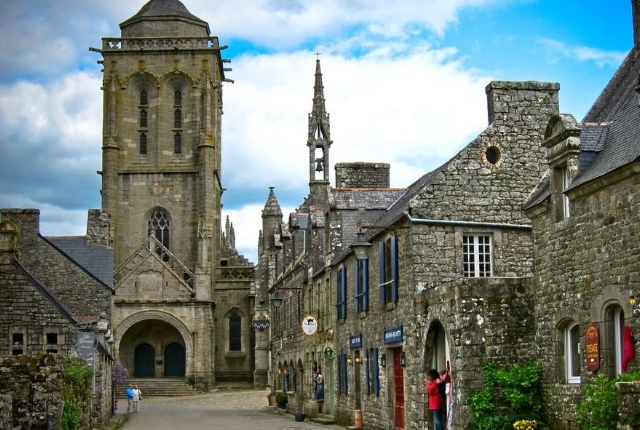 Saint Veran is on the Hautes and Alpes region of France. It is the elevated commune in France and encircled by the ‘’ Parc Naturel Regional du Queyras’’. On entering the village you will see the sundials, wooden chapels, fountains and traditional hamlets, and more. Other highlights of the commune are the church, L’Observatoire, the old copper mine and its exhibition, and Le muse du Soum. 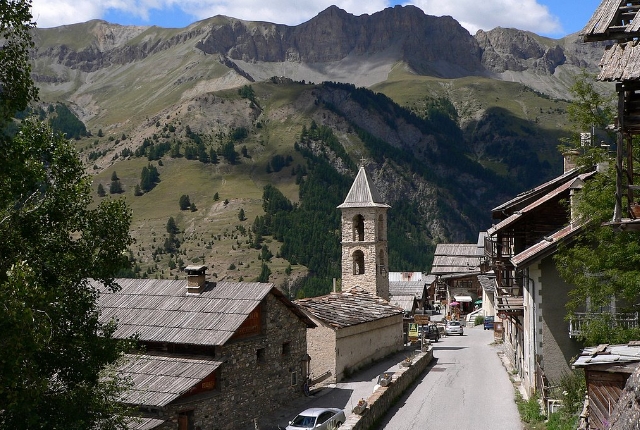 Perogues located northeast of Lyon is a medieval walled town. The town has many facets such as romantic look, old fashioned and homely look. These 3 factors draw film producers from shooting their films. Notable films that are made from this town are The Bride (1985) and The Hour of the Pig. (1993).Best time to visit this town is from April and June, during the month’s spring festival will be held. 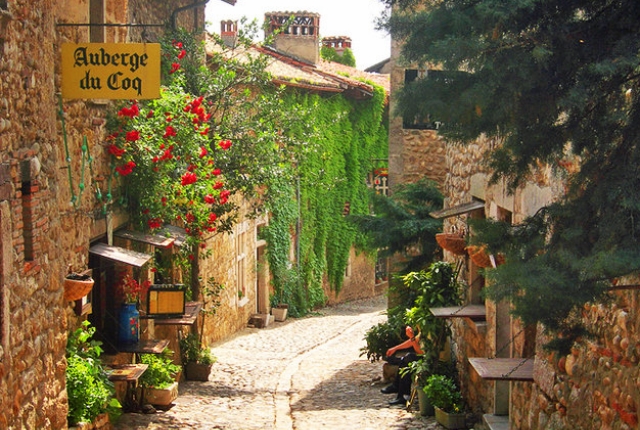 The town is known for horseback riding, sightseeing, cycling and hiking. Upon entering start your day by visiting the following places of importance; the ruins of the Chateau de Domfront, the mansion of the Saucers, Charles Leander Museum, and the theme park in the Colmont Gorron. 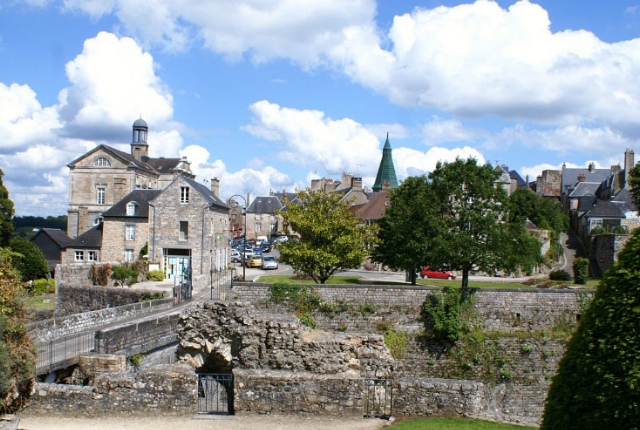 Kaysersberg is also known as the Mountain of the Emperor. Its main tourist attraction is the classic Alsace wine trail a toast for tourists. Like other towns in France the village history dates back to medieval. 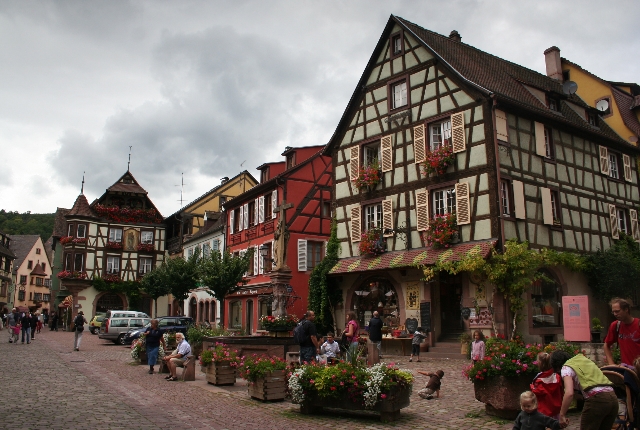