The Turkish capital of Istanbul can be best described as the perfect amalgamation of the old and new. Standing at the crossroads of history, the city has seen numerous conquering armies and has some of the finest architectural structures in the country. Its tryst with history cannot be denied as you look at the monuments, mosques, churches and other historic buildings. On the modern side, you will find a stylish contemporary city buzzing with activity. On your trip to Istanbul there will be lots of things to see, many things to do.

Here’s A List Of Things To Do In Istanbul

One of the most renowned historical buildings of Istanbul, Hagia Sophia is known for its innovative architecture. Built under the patronage of the Byzantine emperor Justinian, it was originally a church that was later converted into a mosque by Mehmet in 1453.

The 43 meter wide dome is an architectural marvel and leaves most spectators speechless.

It has been restored and renovated for years to maintain its glory and splendor. You can climb up its spiral to see some of the finest Byzantine mosaics. 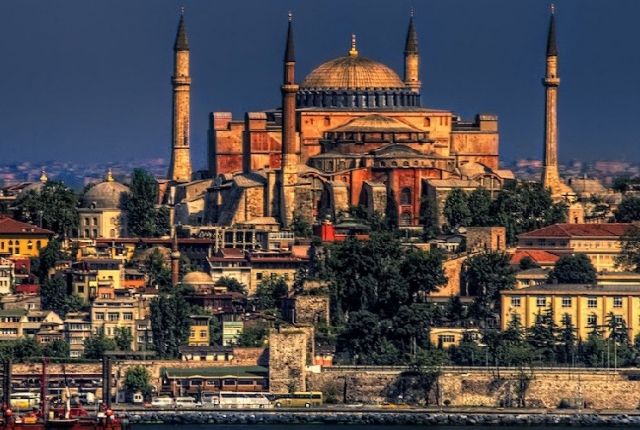 2. Trip To The Archaeology Museum

Home to a huge collection of classical antiquities, the archaeology museum of Istanbul is a must visit place.

It is a great place to relive history and witness centuries old memorabilia.

Some of the best attractions of the place include the Tiled Pavillion, the world’s earliest peace treaty- the Treaty of Kadesh, the wonderful sarcophagus of Alexander and the blue tiled Karaman Mihrab. The model of a Trojan Horse in the kid’s section is another top draw at the museum. 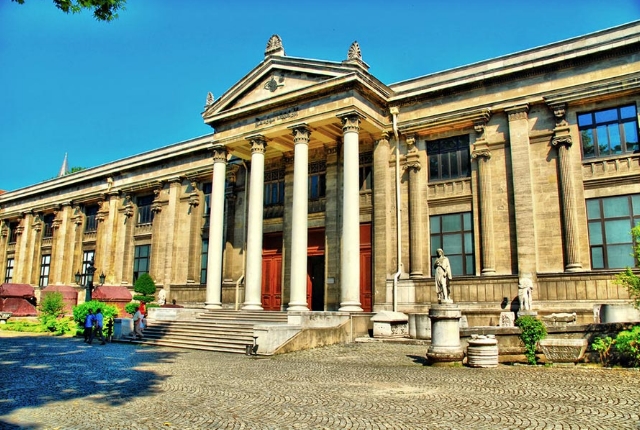 Basilica Cistern is a marvelous underground wonder that must be seen. It is an example of engineering brilliance. Originally, the aqueducts of the cistern delivered drinking water from Bulgaria to Istanbul, it can now be considered a romantic place with a slightly spooky atmosphere.

As the water drips in the background, you can stride through the walkways and see the 336 columns that holds the ceiling in place.

At the end of the walkway is the upturned Medusa head which should not be missed. 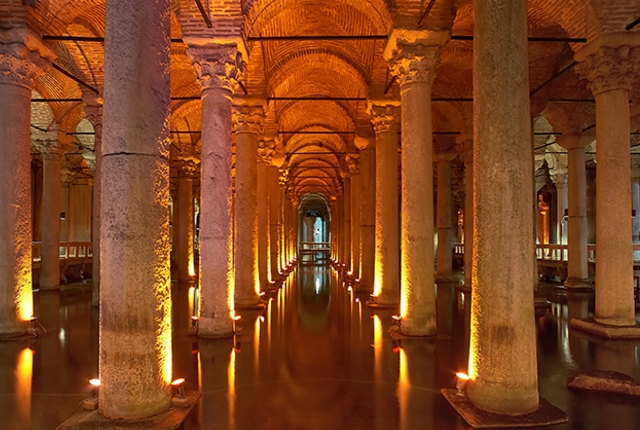 Another famous landmark of Istanbul, Topkapi Palace once served as the royal residence. Lush green courtyards surround the palace that used to be the royal court of the Ottoman empire. Its jewel filled treasury, huge Harem and the many pavilions and kiosks provide a glimpse into the lives of people living in this palace. If you love to discover ancient monuments, this place will certainly fascinate you. 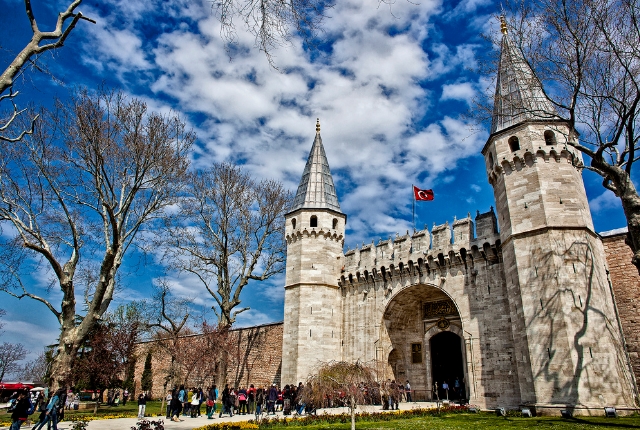 The Blue Mosque is an iconic building of Istanbul. It depicts architectural brilliance and its exterior of cascading domes and six minarets dominate the city’s skyline. One of the most photographed places, it was built by Sultan Ahmet.

Inside the mosque, its ceiling is decorated with 20,000 blue tiles, a feature that lends the mosque its name.

The tiles have beautiful abstract patterns along with pictures of flowers and trees. Expect a light show and historical narrative at the Blue Mosque during the summer months. 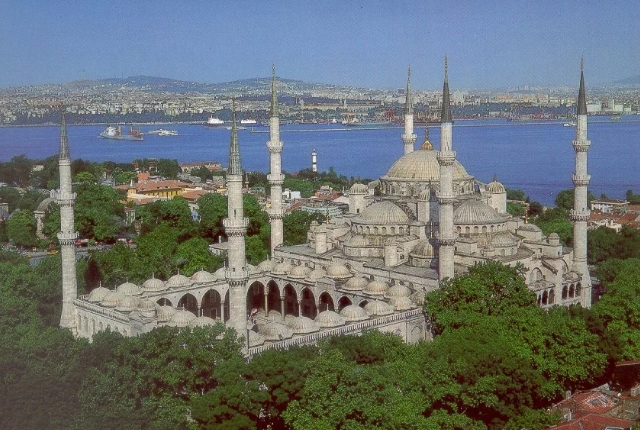 As a traveler, exploring the Grand Bazar can be considered a treat. One of the largest covered markets in the world, it is simply huge and is 500 years old.

from handicrafts and clothes to carpets, jewelery, souvenirs and other goods available in different parts of Turkey. But, before you buy something remember to bargain. It is an ideal place to bargain and pick some cheap gifts for friends and family. 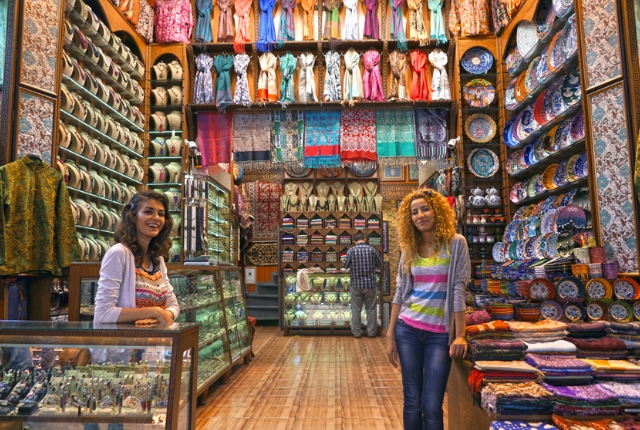 When you are in Istanbul, remember to taste its food. Turkish cuisine is renowned all over the world for its subtle flavours. While most of us are quite acquainted with Turkish tea, coffee and ice cream, there are a lot of other things that you must try. Restaurants in every nook and corner offer exciting dishes that should be tried. The Kofte, for example, is a Turkish staple consisting of meat balls made with lamb or beef and is generally served in a stew or with salads and yogurt.

Their kebabs and pilav, a flavoured rice dish is also delicious.

Apart from these, try some baklava, the famous Turkish sweet. It is a flaky pastry that is stuffed with chopped nuts dipped in sugar syrup and is one of the finest desserts that you can try. Kunafa is another savoury dish that must feature in your menu. 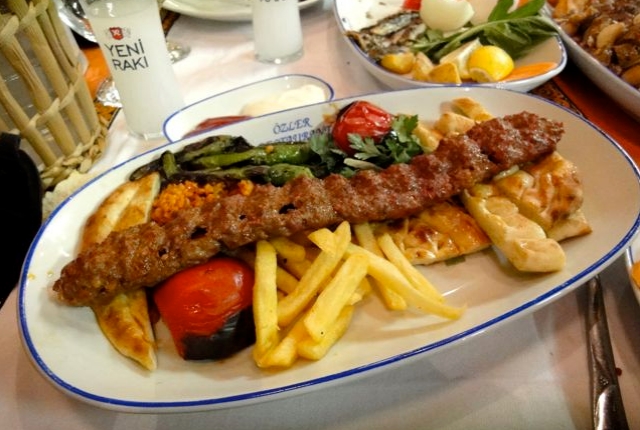