Moldova, a Eastern European Nation, is a landlocked country which is sandwiched between Romania and Ukraine. Moldova has long been touted as a country which is meant for people who like to explore new terrain. This nation is famed for its sparkling cities and un-spoilt villages. Its unique cuisine also attracts travelers from far and wide. Stefan Cel Mare Park, Capriana Monastery and Nativity Cathedral are some of the ‘must-explore’ places this nation has to offer. To know more about the unique places to visit in Moldova, read on.

Here Are 8 Unique Places To Visit In Moldova:

Stefan Cel Mare Park, formerly known as the Pushkin Park, is located in Chisinau – the largest city of Moldova. This peaceful park is spread over an area of almost 7 hectares. Besides being the largest park in Moldova, Stefan Cel Mare, which was opened to the general public in 1818, has earned the unique distinction of being the oldest park in this country. Some of the major attractions of this park include the numerous beautiful fountains, as well as the stunning sculptures of great classical Romanian and Moldovan writers –  in the Avenue of the Classics of Moldovan Literature which is located inside the park. 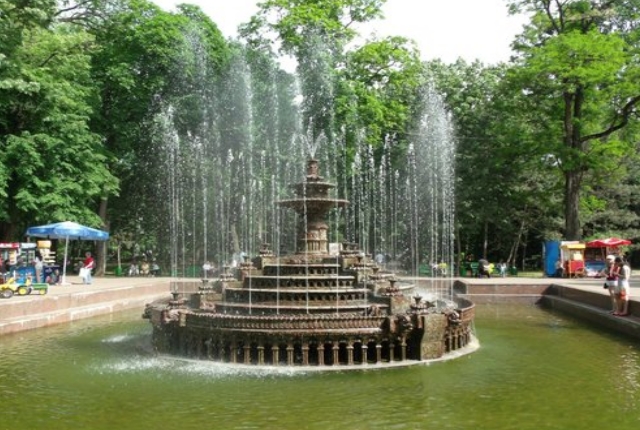 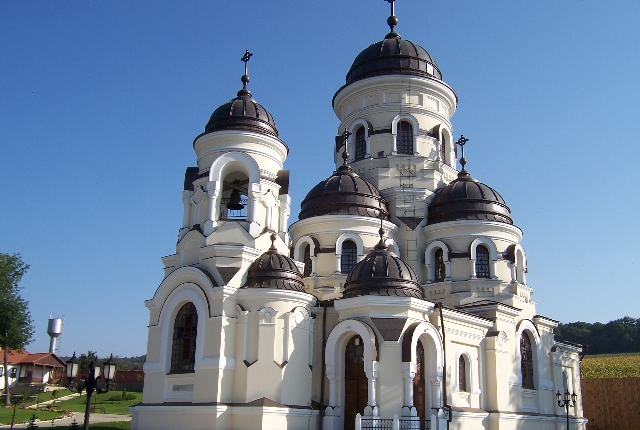 3. National Museum Of History Of Moldova

National Museum of History of Moldova is one of the most important museums in Moldova. This museum which was established in 1983 is located in central Chisinau, Moldova. The museum which functions out of one of the buildings of the first men’s Regional Lyceum (in Bassarabia) is famed for its remarkable history as well for its outstanding architectural beauty. This expansive museum which houses nearly 3, 50,000 items of historic, numismatic, artistic and memorial importance is open to the general public all year round. 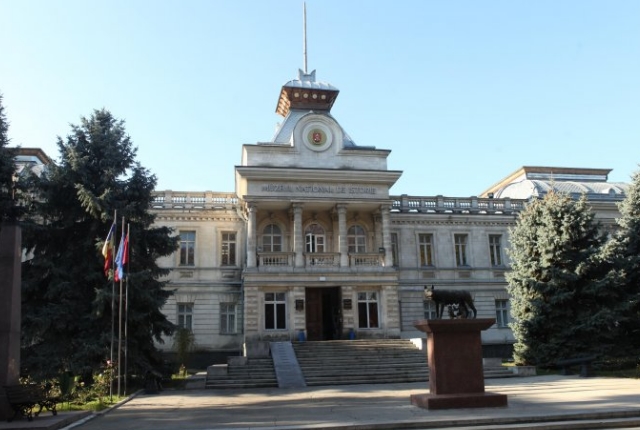 The Nativity Cathedral, the foremost cathedral of the Moldovan Orthodox Church, was built in 1836 by the renowned architect Avraam Melnikov, under the initiative of Prince Mikhail Semyonovich Vorontsov. This grand church which is built in the neo-classical style is located in central Chisinau. One of the most remarkable features of this church is its three beautiful altars. The chapel includes the altar of the Nativity of the Lord, along with two smaller altars which are dedicated to patron Saint John the New, and St. Martyr Nikita. A beautiful belfry which was built in 1998 graces the front portion of this cathedral. 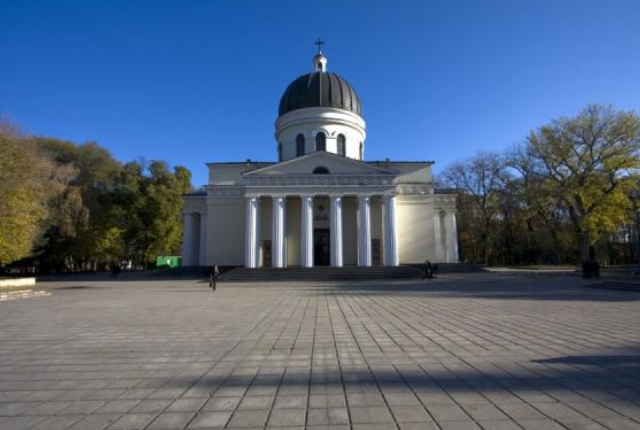 The archaeological complex of Old Orhei is a unique natural and historical site. This site is often referred to as a mega open air museum. Old Orhei which organically combines the natural landscape of pre-historic civilizations is located in the Orhei district which is approximately 60 kilometers north east of the capital city of Chisinau . This ancient site has numerous ruins, caves, monasteries, baths and fortifications. Visitors to Old Orhei are also encouraged to visit the Orheiul Vechi Exhibition Center. 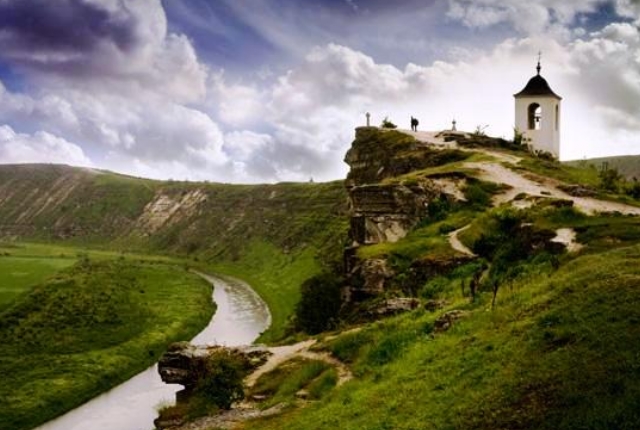 Triumphal Arch which is also called the Arch of the Triumph is one of the landmarks of the city of Chisinau in Moldova. This grand monument which is located right next to the Nativity Cathedral was constructed in the mid 19th century. This grand structure was built to commemorate Russia’s resounding victory over the Turkish Empire. One of the outstanding features of this arch was a massive bell which was located inside this beautiful structure. 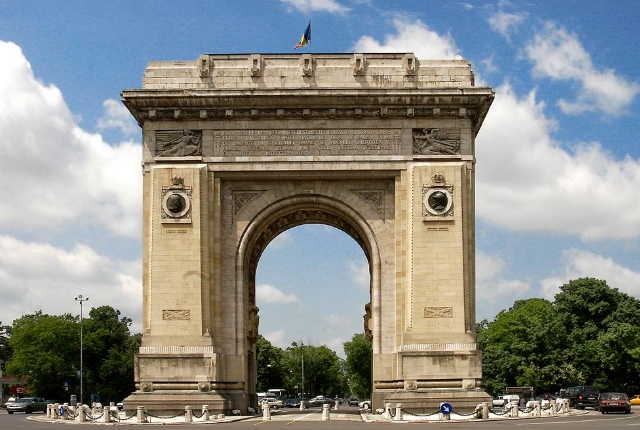 The massive Soroca Fortress, which was built during the medieval period, stands proudly on the banks of the mighty river Nistru. This gigantic stone fortification was built under the instruction of Stefan Cel Mare (Stephen the Great). This fortress is located in the city of Soroca, which is located approximately 150 kilometers from the capital city of Chisinau. The fortress was built to resemble a perfect circle. There are five bastions which are located at equal distance from the main fortress. Besides touring the fortress, visitors can also spend some quiet time at the military church which is situated right above the entrance gate. 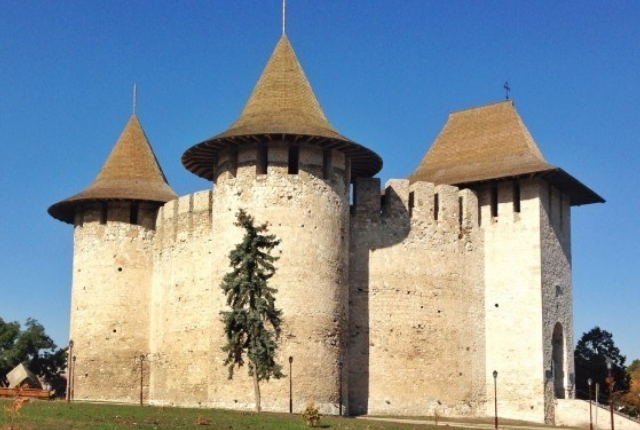 Padurea Domneasca is the largest nature reserve in Moldova. This unique nature reserve comprises of an area of almost 6,032 hectares. One of the jewels of Moldova, this beautiful nature reserve was established in 1993. This picturesque forest is located between the villages of Cobani and Pruteni. A visit to this awesome nature reserve affords visitors the chance to study numerous rare flora and fauna. 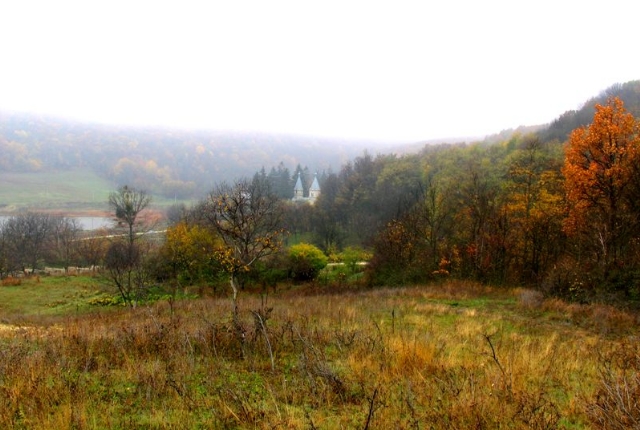