Lisbon, Portugal’s hilly capital, is a multifaceted city. With its picture postcard cobbled streets, grand palaces, magnificent monasteries and churches, Lisbon has become a popular travel destination. Lisbon is famed for its scenic city views, ‘tabernas’ selling exotic local cuisine and pulsating art scene. The gorgeous architecture of this city is truly a sight to behold. The Belem Tower, Jeronimos Monastery and Grand Rossio Square are some of the must visit places of this gorgeous city. To discover more about the splendid things you can do in the capital city of Lisbon, read on.

Here Are 10 Splendid Things To Do In Lisbon:

Belem Tower or Torre de Belem is one of the most iconic buildings not just in Lisbon but in Portugal as well. Belem Tower, which was declared a UNESCO World Heritage Site in 1983, stands proudly at the heart of the Tejo Estuary.

This small fortress was constructed in the 16th century to protect Lisbon from seafaring raiders.

The Belem Tower is constructed in the spectacular Manueline style of architecture. Some outstanding architectural features of this tower include the numerous stonework motifs, Venetian style loggias, arcaded windows and grand sculptures depicting powerful historical figures of the period. 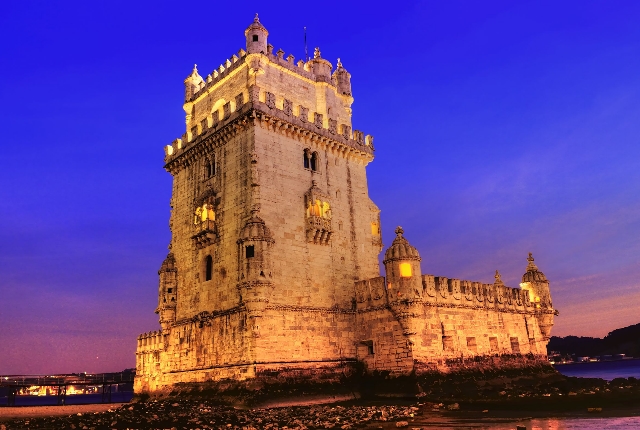 Sao Jorge Castle or Castelo de Sao Jorge, which is named after Saint George, is a mid 11th century hilltop fortification that rises majestically above central Lisbon. This impressive castle is constructed right at the apex of the tallest of the seven hills – which are located right above the historic quarter of Lisbon.

This massive castle has stood senitel over the beautiful city of Lisbon for over 400 years.

A visit to this castle affords visitors the unique opportunity to gaze at beautifully landscaped gardens, promenades, ancient houses and a church. The castle also has several galleries which proudly display prized relics from centuries past. 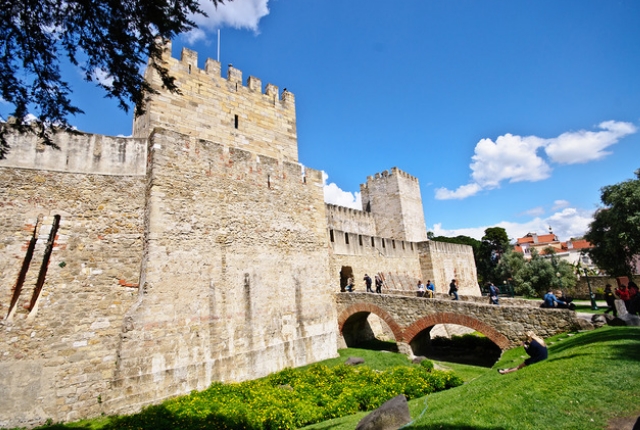 3. Be Amazed By The Splendor Of Jeronimos Monastery

The UNESCO listed Mosteiro dos Jeronimos or the Jeronimo Monastery, is a highly ornate, 500 year old monastery, that is situated in Western Lisbon. Jeronimo Monastery which is built in the Manueline style of architecture was founded by King Manuel I in 1501.

This monastery was once inhabited by the monks who belonged to the Order of St. Jerome.

The interior of this monastery with its profusion of scalloped arches, columns and turrets is a feast for the eyes. Visitors to this monastery also have the unique opportunity to see the tombs of the legendary Portuguese seafarer Vasco de Gama and the greatest poet of the Portuguese language, Luis Vaz de Camoes. 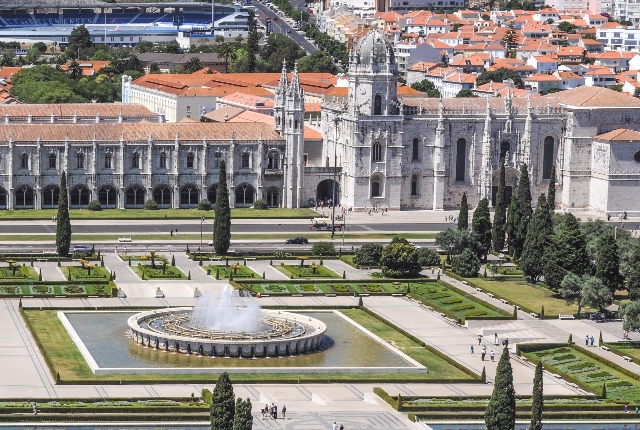 Rossio Square which is popularly known as Praca dom Pedro IV square is located in downtown Lisbon. This grand square was created during the middle ages. This popular tourist site has witnessed numerous dramatic events like revolutions, celebrations and executions over the centuries. Some of the must see attractions of Rossio Sqaure include the ornate baroque style fountains, the impressive bronze statue of Dom Pedro IV and Donna Maria II National Theater, which is located at the northern end of the square. 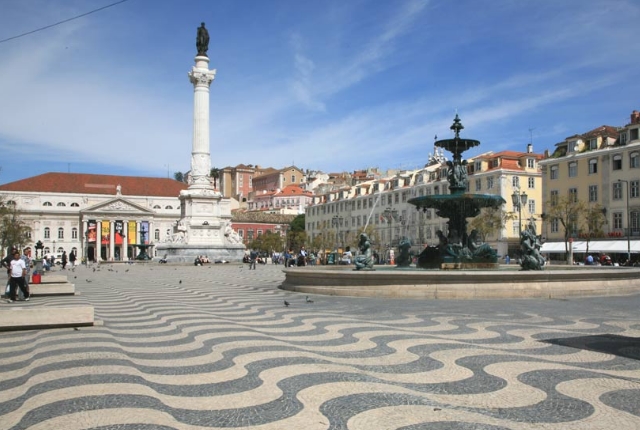 5. Be Awe Struck By The Lisbon Oceanarium

The Lisbon Oceanarium which was officially inaugurated in 1998 has the unique distinction of being the second largest oceanarium in Europe. This large public aquarium has an annual footfall of over one million visitors every single year.

The Oceanarium which is actually two buildings connected by a large forecourt is the ideal place to study rare marine species.

The oceanarium which is spread over two floors is wrapped around one massive central aquarium that holds more that 5 million liters of sea water. One Planet, One Ocean the permanent exhibition at the Lisbon Oceanarium features marine and terrestrial ecosystems. Some of the rare marine species that you can see at the oceanarium include tropical fish, manta rays, sharks and stingrays. 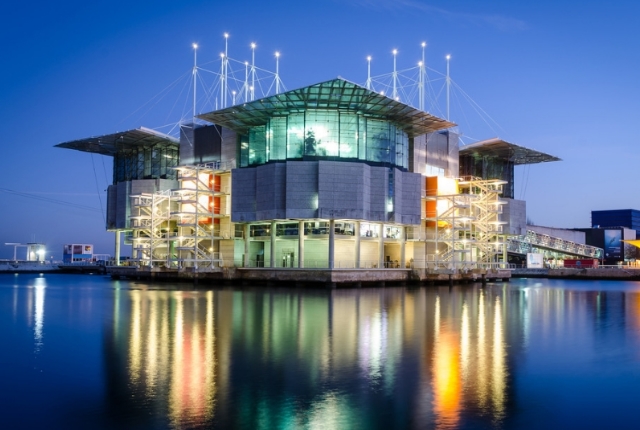 The Lisbon Zoo or the Jardim Zoological Garden in Lisbon was founded in 1884. Lisbon zoo which is spread over 16 hectares of land is home to over 2000 different animals, birds and reptiles which belong to 300 species.

Some of the top animal exhibits at the zoo include tigers, zebras, kangaroos and elephants (to name a few). 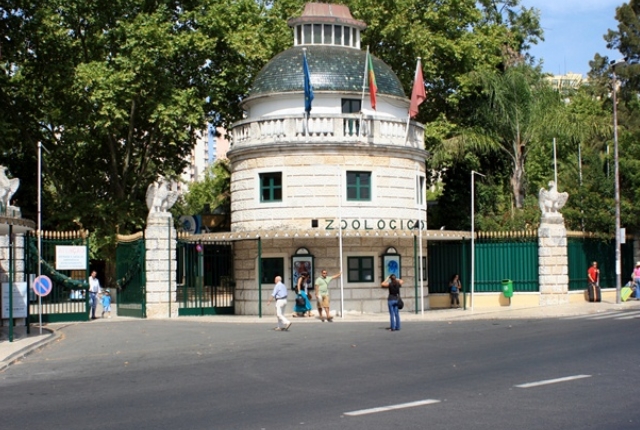 7. Pray At The Lisbon Cathedral

The imposing Lisbon Cathedral with its massive walls and battlemented bell towers is one of the most iconic religious buildings in the capital city of Portugal. This Roman Catholic Cathedral, which has the appearance of a medieval fortress, was founded in 1147 AD. This building, which is one of the most powerful and enduring symbols of Christian Reconquest of the territory, is a mixture of Gothic, Neo-Classical, Baroque and Romanesque styles of architecture. The grand interiors of the church along with its beautiful vaulted ceilings are  truly a beautiful sight to behold. 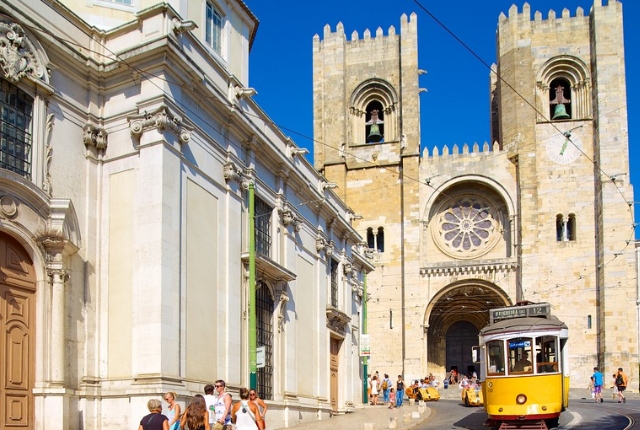 The National Coach Museum which is situated in Belem district has the greatest collection of historic coaches and carriages. At the time of its inception in 1905 this grand museum was known as the Royal Coach Museum. Later on, in 1910, the museum was renamed as the National Coach Museum. The 45 opulent coaches and carriages (from the 17th to 19th century) housed at this museum are truly a stunning sight to behold. Some of the noteworthy exhibits at this museum include three spectacular Italian Baroque carriages and a luxurious carriage which belonged to Philip III of Spain. 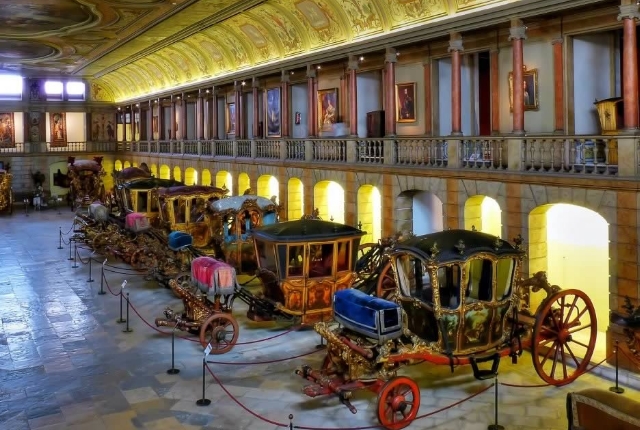 One of the principal art museums in Europe, the National Museum of Ancient Art in Lisbon was founded in 1884. The museum functions out of the opulent 17th century palace which was constructed for the first Count of Alvor, Francisco de Tavora. The museum has an extensive collection of ceramics, tapestry, glass, textiles, drawing, furniture, sculptures and decorative art forms, from the Middle Ages to the early 1800’s. The core of the museum’s collection are priceless works of religious art. The exotic sculpture garden which is attached to the museum is also worth a visit. 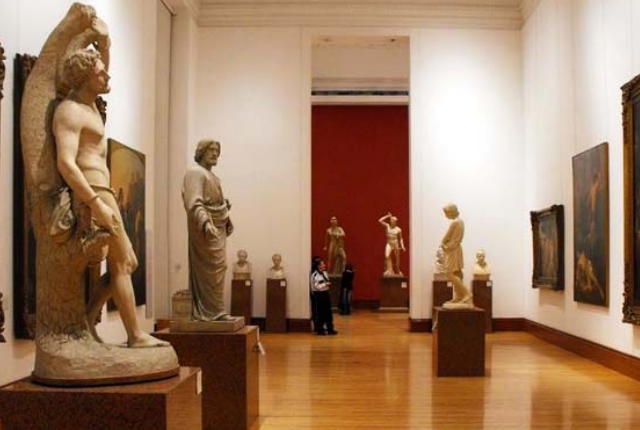 10. Absorb The Breathtaking Beauty Of The Palace Of Ajuda

Ajuda Palace or the National Palace of Ajuda is an opulent 19th century palace. This neo-classical gem of a building was the royal residence of King Luis I. Visitors to this grand palace are advised to visit the Ballroom, Music Room, Ambassadors Room, Dining Room and Throne Room. The palace also houses priceless chandeliers, furniture, tapestries and porcelain. The 23 marble statues which line the main entrance way should not be missed. 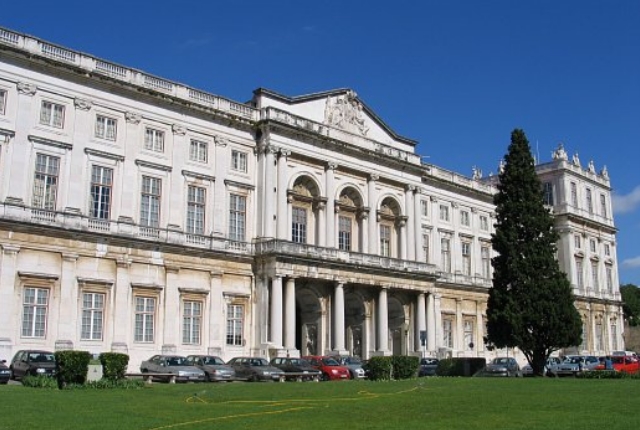