Mongolia is a country in the central region of Asia bordered by China and Russia. The country is famous for its vast rough terrain and wandering culture. The capital city Ulaanbaatar is itself a popular tourist destination owing to the fact that it centers around Chinggis Khaan Square, an infamous emperor of the 13th and 14th century. A couple of other major tourist spots in the city are the National Museum of Mongolia, a place known to portray the rich history and ethnography of the artifacts of Mongolia and the Gandantegchinlen Monastery that was restored in 1830.

Now, Let’s Come Straight To The 7 Best Places Of Interest In This Magnificent And Vast Country. Here Are These:

Gorkhi-Terelj National Park is a most popular tourist attraction that lies in the Terelj tourist zone and is connected with Ulaanbaatar via a paved road, 37 km from the city center.

A small portion of the park in the south has been developed for tourists containing souvenir shops, camels and horses on rent, restaurants and tourist ger camps, most of which are owned by the state tourism company.

Nevertheless, even as of date, most of the Gorkhi-Terlj national park is under-developed and is hard to access. The park has several rock formations that are ideal for rock-climbing enthusiasts and is well-known for particularly two of such resemblances, the Turtle Rock and the Old Man Reading a Book. 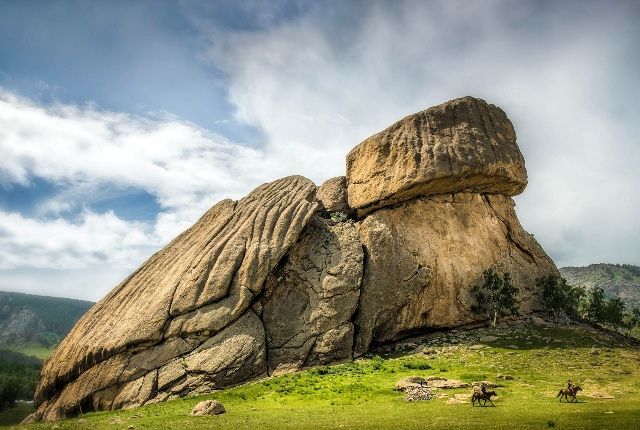 The Erdene Zuu Monastery is known to be the earliest Buddhist monastery that is still existent in Mongolia. It is located in the Ovorkhangai Province, adjacent to the primordial city of Karakorum and is a part of the Orkhon Valley Cultural Landscape World Heritage Site.

The construction of this beautiful monastery was ordered in 1585, by Abtai Sain Khan, the ruler of the Khaika Mongols and grandfather of Zanabazar.

This happened after he had met with the 3rd Dalai Lama and Tibetan Buddhism being adopted as the official religion of Mongolia. Some of the material used in the construction of this magnificent building came from the ruins of the ancient Mongol capital city of Karakorum. The planners of the monastery had attempted to build a surrounding wall resembling 108 stupas of a Tibetan Buddhist rosary but couldn’t eventually come into existence. However, the walls of the monastery were painted and Chinese-look roof enclosed with green-colored tiles. 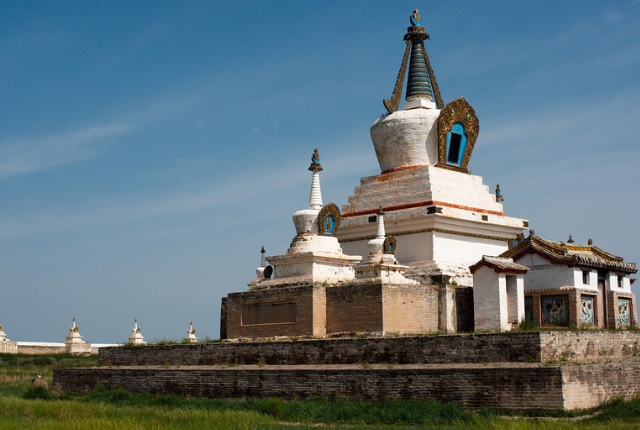 The Museum was established in 1924 and became the foundation stone of other such National Museums.

The National Museum of Mongolia is one of the leading Museums of Mongolia and thus a great responsibility of preserving Mongolian cultural heritage also lies with it. 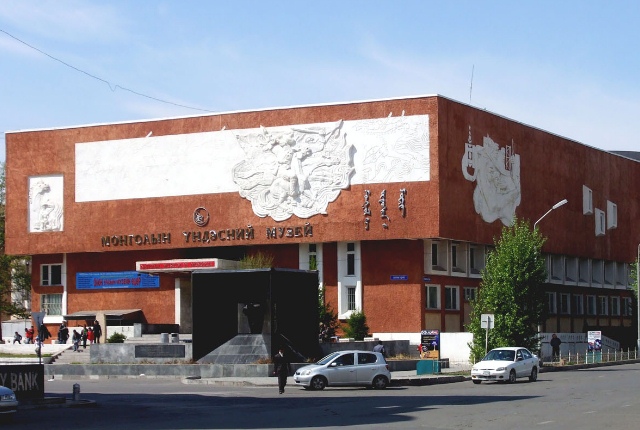 Yet another monastery in the capital of Mongolia, Ulaanbaatar is the Chojin Lama Temple that is sure to draw the awe of tourists. The main temple here showcases an 18th century gold statue of Buddha Sakyamuni and a statue of Chojin Lama Luvsankhaidav on the Buddha’s right and embalmed corpse of Baldanchoimbolon to his left. This enormous temple also boasts of an abundant collection of religious instruments and thangka paintings which is a replica of the 108-volume Kangyur and the hand-printed 226-volume Tengyur and also an assortment of cham dance masks. 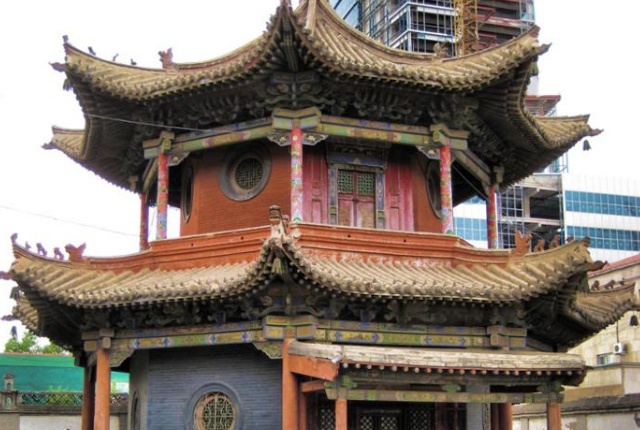 The Chinggis Square previously known as Sukhbaatar Square is a beautiful and historical point of interest in Mongolia’s capital city of Ulaanbaatar. In fact, the official name got changed just recently (in 2013), but the locals still like to refer it by the former name.

The center of the Chinggis Square has an equestrian statue of Damdin Sukhbaatar, one of the main architects of the Mongolian revolution of 1921.

At the north side is a large colonnade monument in honor of Genghis Khan and Ogedei Khan as well as Kublai Khan, just in front of the ‘Saaral Ordon’ or the Government Palace. 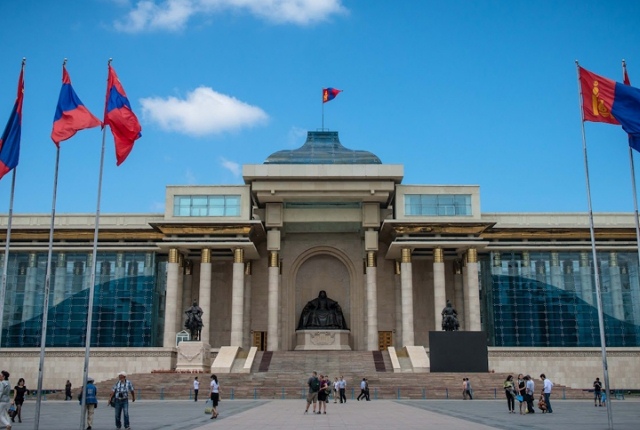 Gandantegchinlen Monastery that has been rejuvenated and restored since the year 1990, is a magnificent Tibetan-style Buddhist monastery in Ulaanbaatar. The meaning of its name in Tibetan is “Great Place of Complete Joy”. Over 150 buddhist monks currently reside in this monastery.

The monastery has a 26.5 m tall statue of Avalokitesvara who is a bodhisattva (a Buddhist God). The site is now under protection since the year 1994.

The monastery was built on the orders of the 5th Jebtsundamba Khutuktu in the year 1809 and the first temple to be built was the Gungaachoilin Datsan. The significance of the temple is appreciated by the fact that the 13th Dalai Lama stayed in this residence in 1904. 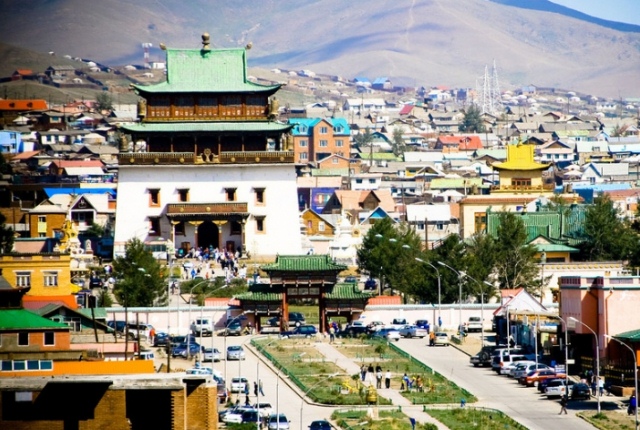 Ther Tsenkher Hot Spa lies just south of Tsetserleg town in the province of Arkhangai and has a very deep origin beneath the earth’s surface. The water that flows here does not mix with the soil since it is hot.

The spring is kept in a high pressure situation underneath the ground since the water’s flow rate is approximately 10 liters per second.

The water here has a relatively high mineral content consisting of simple calcium, sodium, sulphur etc. It is due to this very reason of high medicinal value that these springs have become a very popular tourist destination for the local people. This water is extremely beneficial for health reasons and is known to be a remedy for joint pains, nervous system and many other diseases. Some even consider it good for the cure of diabetes and stomach ulcers and also for disabilities of any kind. The area nearby is full of several species of medicinal herbs. 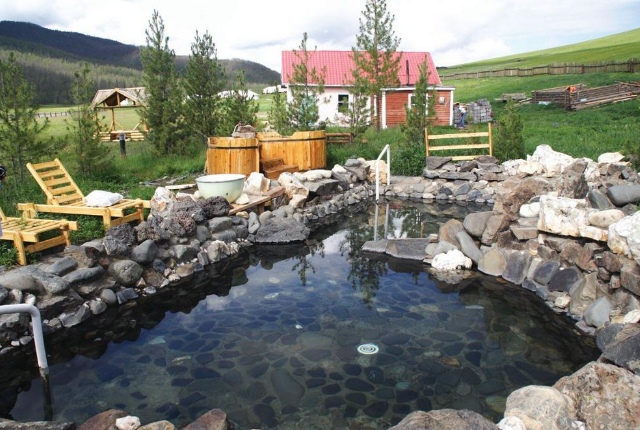 Regardless of the increasing advance of international travel, quite a few of the 7 Main Tourist Attractions of Mongolia have got away from this list. However, the country as a tourist destination is a perfect blend of captivating nomadic culture and ancient landscapes, which cannot be found anywhere else. So my advice to all you globe trekkers would be that visiting Mongolia, the place of extraordinary history and fascinating scenery, is a truly unique and once in a lifetime experience and just can’t be missed.