Mongolia is an Asian country landlocked between China and Russia. It stills retains its traditional style of living as it is divided into two parts namely, the outer Mongolia which still follows the nomadic way of life and the Inner Mongolia which is geographically and politically separated from Inner Mongolia. The capital city is Ulaanbaatar and all the places of sightseeing as mostly located in and around this city. It has one of the lowest populations in the world and a lot of sun throughout the year, the winter months being cold and windy.

The Top 10 Things To Do In Mongolia Are Listed As:

This is a national park with mountains and lots of wildlife. Trekking hiking, watching the rare species of horses especially the Przewalski’s Wild Horse. This park is just a 2-hour drive from the Ulaanbaatar. Get your warm clothes and spend the night in the gers(local camping tents) amidst the scenic beauty of nature and wildlife. 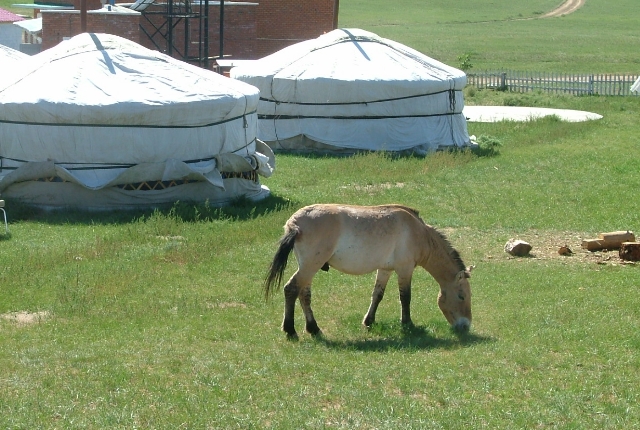 Experience the chanting of sermons and beating of drums at this famous monastery which is the main Buddhist religious center in the country. The architecture is beautiful and a lot of Tibetan influence can be seen here. People try their luck at spinning the prayer wheel and though this monastery is small, yet it consists of ornately carved monuments and buildings and the place was also the abode of the 13th Dalai Lama. 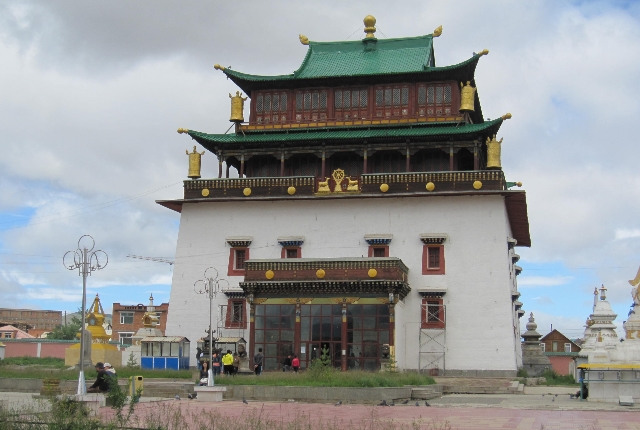 Situated in the Gobi desert, this valley is known for its deep ice fields, cold and strong winds. Visitors can reach the glacier by walking along the river and this area experiences flash flooding and it is a great sight for bird watching.

There are a lot of birds and animals to watch out for and this place has museums, art shops, and cafes to attract the tourists.

People can spend time at this gorge, which is situated at the Zuun Saikhan Mountain, by hiking, bird watching, sightseeing and stay at the gers which are rented out to travellers. 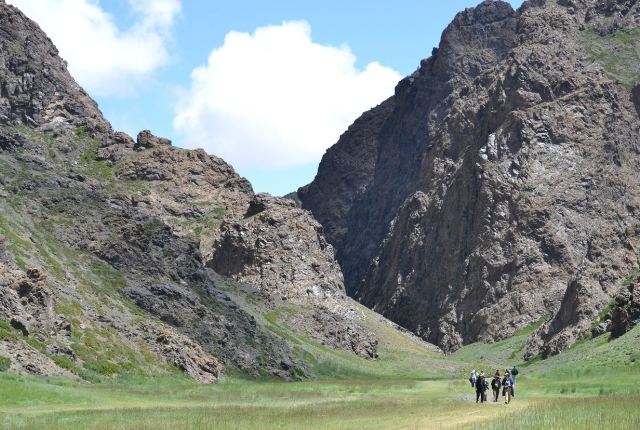 Also known as the winter palace, it is a two storey home and is famous for its artwork. This temple depicts the influence of Indian and Hindu culture on the religious beliefs in Mongolia. Richly decorated doors and walls of the temple highlight the rich architecture and heritage and there are famous stories of the last king who spent his last days here. 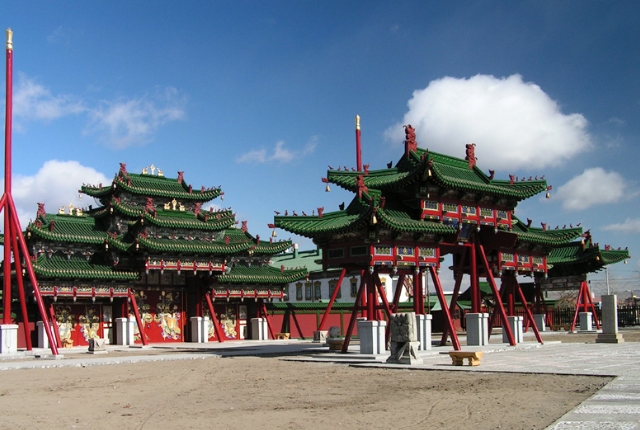 It is located Ulaanbaatartar, a beautiful collection of temple museums and monasteries. It is a well-preserved museum of tibetan artifacts and relics. This complex has a series of small and big temples which are a rich cultural heritage site of Mongolian architecture. It gives an insight into buddhist places of worship and their beliefs. 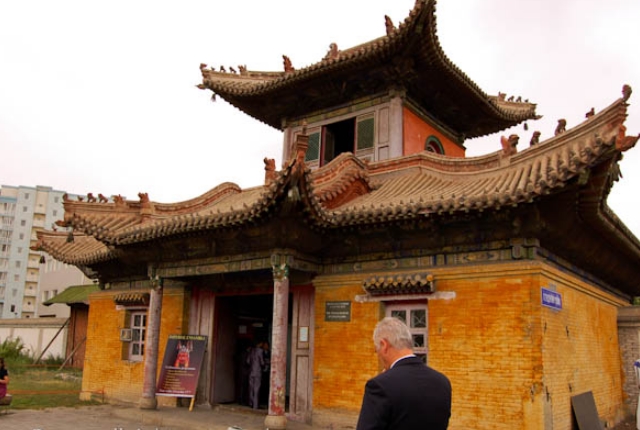 These are spectacular sand dunes about 300 m high, 12 km wide and 10 km long.It takes about an hour to reach the summit which offers breathtaking views of the mesmerising landscapes. Camel rides and horse racing is quite famous here and tourists reach this area by jeeps and nadaan and there should be an experienced guide to tour you around this desert as it is huge and lonesome. 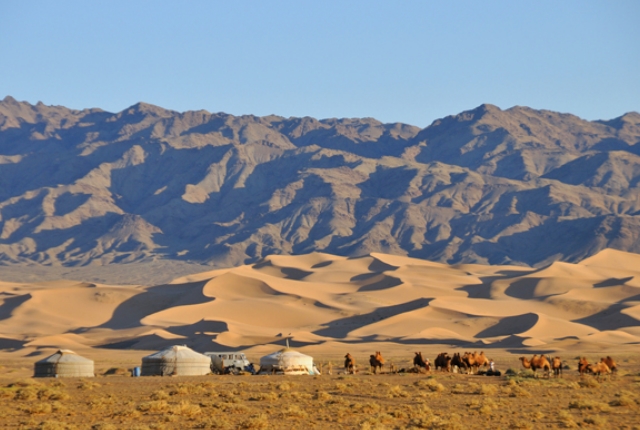 This town was the ancient capital of the mongolian dynasty and was established by Genghis Khan. It houses a very modern museum which contains information about the ancient mongolia rulers and their empire, and there is a very ancient temple and monastery. The surrounding hills offer great views and horse riding is also famous here. 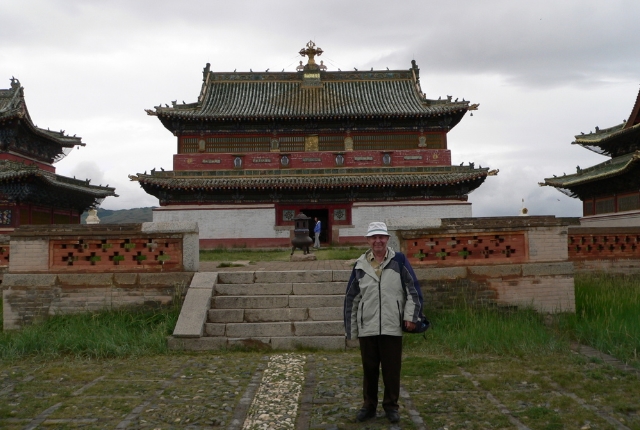 It a large freshwater lake about 16 km long, and 4-6 km wide. The area is undeveloped and close to nature and a perfect spot for camping. Mountains, birds, and a rich wildlife adorn the area and camping gers and lot of camp provisions are available at the stores nearby. This area is now protected under the Khorgo-Terkhiin Tsagaan Nuur National Park. The north of the lakeshore is dominated by the best camping spots and hiking, and trekking can also be done around this lake which is known to be a volcanic crater. 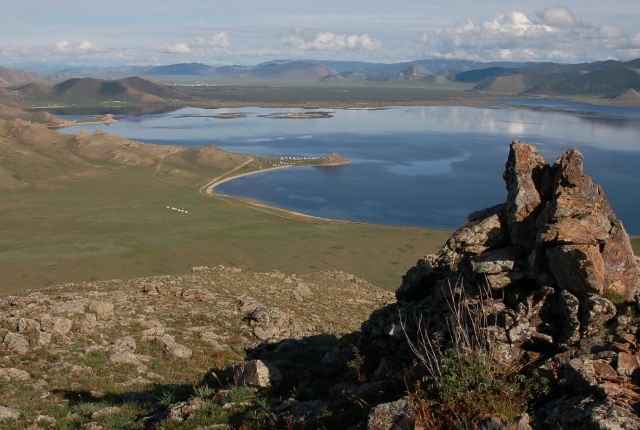 This huge cave is located 120 km away from the Khovd City. Though painting and relics in the cave have been destroyed over the years, some areas have been restored in the recent times. This cave gives an insight of the living conditions of humans in the prehistoric ages. The ancient art forms on the walls are as old as 13000 B.C and this area were incorporated into the Khar Us National Park in 2005. 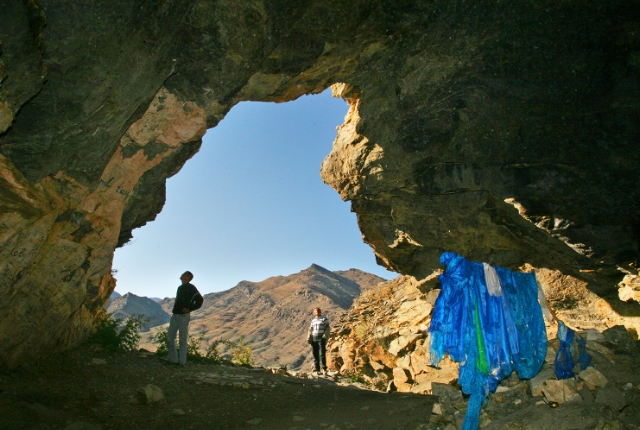 Damdin Sükhbaatar was a hero of the revolutions in Mongolia and in 1921 he declared the country free from China. His statue riding a horse is mantled on a platform in the centre of the square in Ulaanbaatar.

It has been now renamed to Chinggis khan square and is used to host rallies, cultural events, rock concerts, or a play area for kids.

Just behind the statue is the parliament house and surrounding gardens. All the important and main buildings of the town are located around this area. There is also a large statue of Chinggis khan to the north of the square, flanked by his two mongol soldiers. 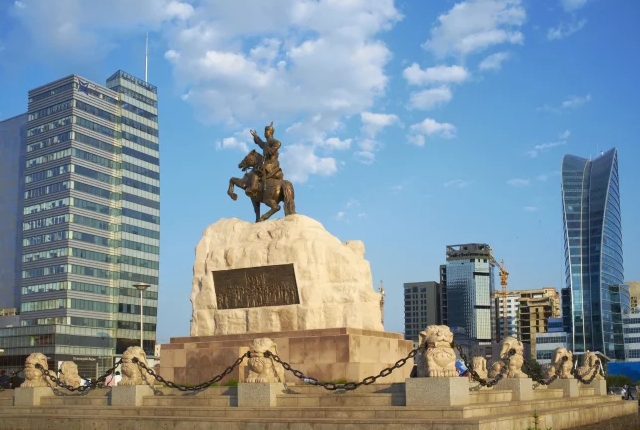