Visiting a foreign country and not having the opportunity to taste its best cuisines can make the most unfortunate thing ever. Now the question arises that even if you remember having its cuisines but what will you have. The language barrier is going to make it tough for you to come across the best cuisines of the country. Forget that because today you will be given that help in prior. Today you are going to come across the top 10 healthiest, most delicious and popular cuisines from Korea. Do go through them and must have whenever you visit Korea.

Top 10 Korean Cuisines You Must Try Out In Korea:

Also called fermented cabbage, Kimchi is regarded as the national dish of Korea. In case of Kimchi, the leaf is coated with a delicious mixture of garlic, chives, hot pepper flakes, pear juice and even more. The coated leaf can be eaten right away after or can be kept in the refrigerator for 2-3 days for further fermentation. Surprisingly, it can last for months and is often used as the base dish for various other dishes. Although, it doesn’t look very delicious but it sure tastes amazing. 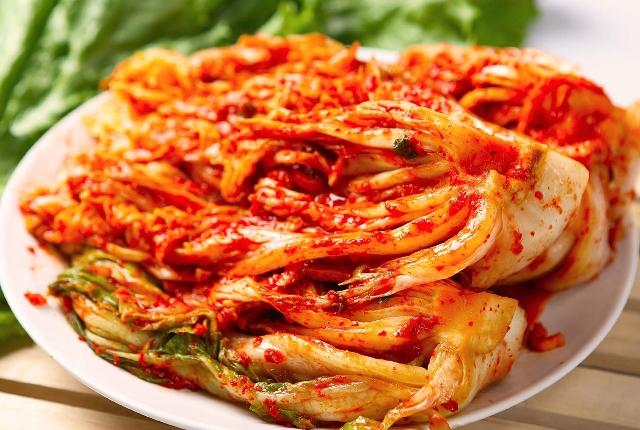 In Korea, Bibimbap refers to the mixed rice dish. In the recipe, all the ingredients are prepared in advance and then they are added to the hot steamed rice at room temperature. When added, you fry the rice and egg with its yolk on the surface and uncooked. Bibimbap is mostly serves with a spicy sauce prepared with a Korean hot pepper paste. You may control the amount of heat to the recipe. As Korean are usually in a habit of having their dish with metal chopstick, I am sure you will also like to try it but it taste so delicious that you hardly care for using chopstick after the first go. 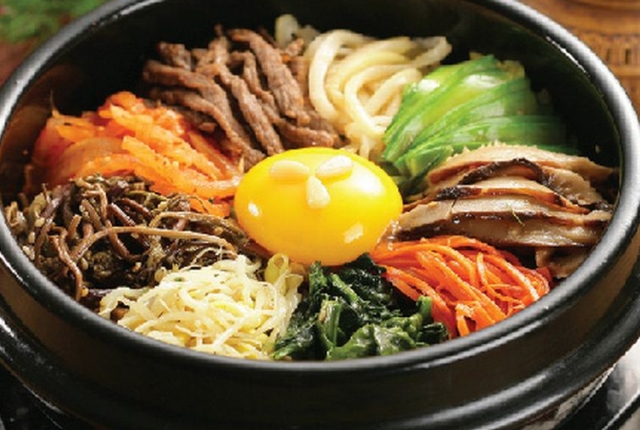 Bulgogi is also called the Marinated beef. In the west, Bulgogi often becomes a barbeque dish but in Korea it never goes like this. The dish actually is prepared from thinly sliced beef marinated in sauce that is made from pear juice, soy sauce, garlic and many other ingredients. The recipe can be prepared in many different ways but all ends up with being cooked delicious, soft and sweet. For its combination, you may have it with rice and dip each bite with sauce. Perhaps, this is the best way to keep it healthy and tasty both. 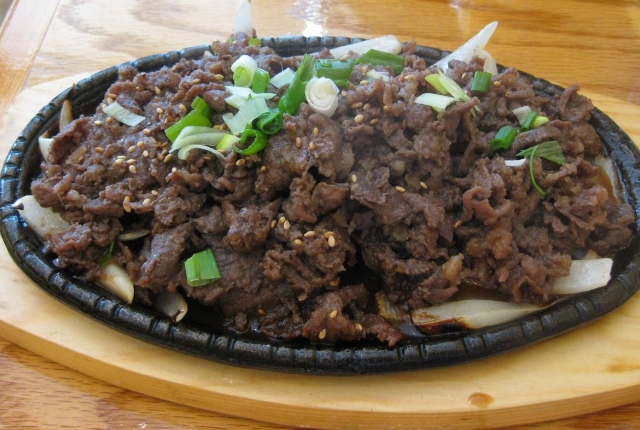 Not only in Korea but outside of Korea as well, Japchae is highly popular. Perhaps, being a stir fried noodle dish is the reason for its popularity to go on and on. Originally, Japchae was prepared without involving noodles but these days they have become a major part of the dish. The noodles used are made from sweet potato starch which renders the dish even more chewy texture. The vegetables are also added but they are cooked lightly so that they can preserve their natural flavor. 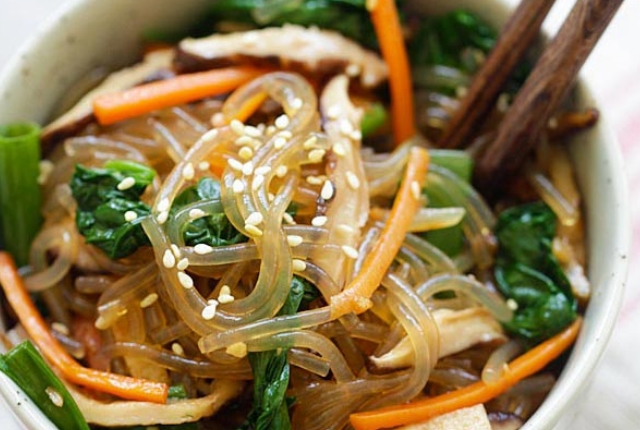 I am sure that once you try this, you will forget the KFC chicken. This Korean fried chicken when bitten releases a sticky, sweet and spicy red sauce into the tongue. Crunching the chicken in this sauce will simply bring you to heaven. In Korea, you will find this dish in various restaurants in many different versions. Apparently, Koreans have even started using the foreign ingredients combined with the traditional ingredients to make the fried chicken even more delicious. 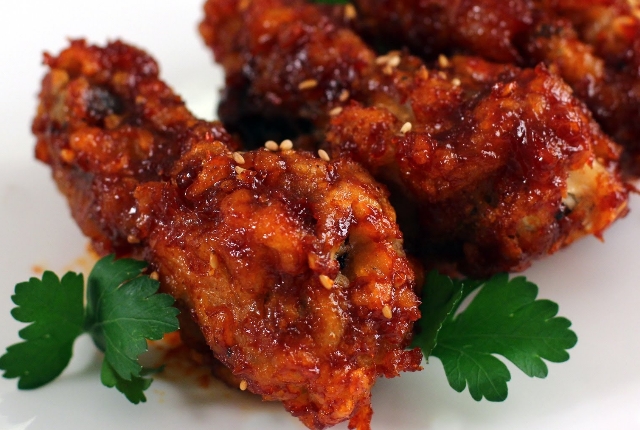 One of the most popular soup in the entire Korea often becomes a main dish in its restaurants. When Koreans have to choose their favorite dish, they mostly go for this item. Made from the beef and bones, these are boiled for hours and hours so as to release all the calcium in the soup thus making it the healthiest dish ever and white in texture. Beef and bones are not the only ingredients but radish serves as an ingredients too. Although the soup is served mainly in winter but Koreans love it for summer too. Not just dinner, but the soup is served at breakfast as well. 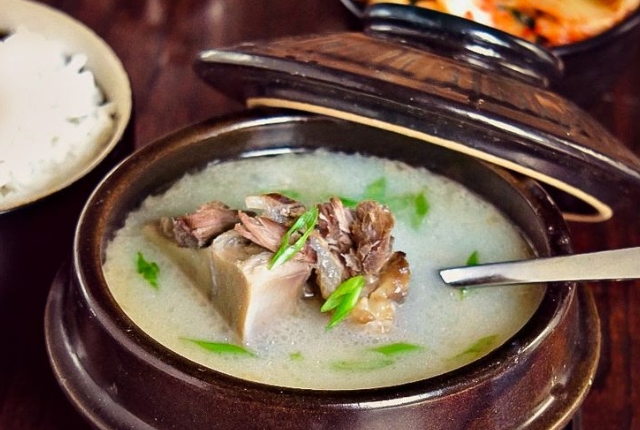 If you have a sweet tooth then I am sure that you are simply going to love it. Hoeddeok is a Korean style pancake sold often by street vendors. Made with yeast dough, the recipe of the pancake is little more complex than its western counterpart. To prepare the recipe, the dough is filled with a mixture formed by brown sugar, chopped walnuts, and cinnamon and fried in light oil until you find the filling has started melting to form syrup. It is not a simple pancake but can be said as the queen of pancake. In case, you are not fond of sweet items than you may rather fill it with mozzarella cheese. 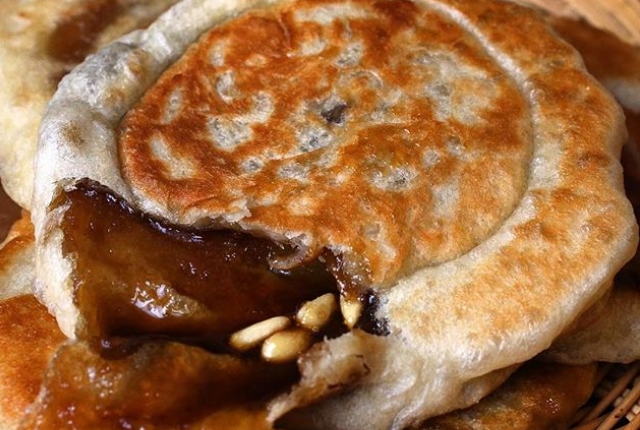 Soondubu Jiggae is a Korean dish of texture somewhat thinner than porridge and thicker than a soup. If it is being done in a traditional way, than the entire cooking is done in just one dish. The recipe involves little beef, fresh shell fish, silken tofu, eggs and pepper flakes. You may always control the degree of hotness of the recipe without bringing any difference in its taste or flavor. The main purpose of the beef in the recipe is to make it healthy rather than delicious or because you like it. Koreans like to eat the dish with rice and combine some other side dishes as well. 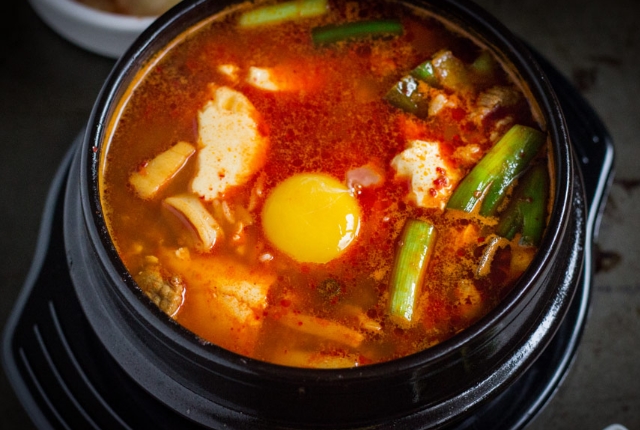 The dish might appear a simple recipe but sometimes simple is delicious. In this recipe, the chicken is boiled in in water with lots of garlic and onion. Strange that you add sushi rice afterwards and cook until the chicken it completely done. In the end, you get thick stew also referred to as porridge without oats. Finally you have the meal while tearing the chicken and having with porridge or rice. This is simple and super easy and not to forget, very delicious. 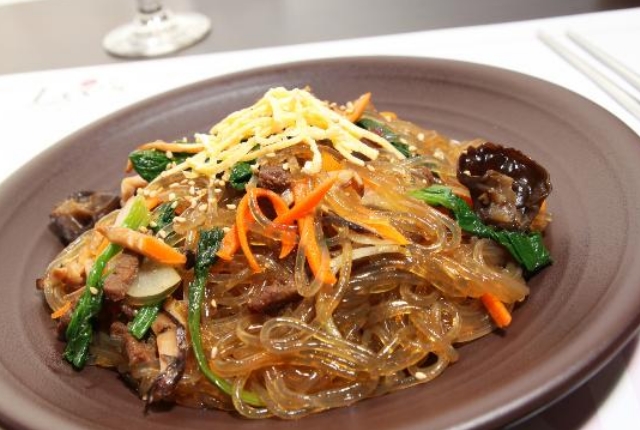 One of the most popular street food of Korean cities like Seoul, Dbukbokkie has a fine aroma, tastes delicious and it is not very rare to find vendors selling different versions of this recipe. The main ingredients of the dish comprise of fish flakes, and boiled eggs. Although it is spicy but as already said that it comes in various versions, you may easily find its sweet form as well. Koreans love to have the dish with rice cakes as this is the best way to cut down the spiciness and love it even more. 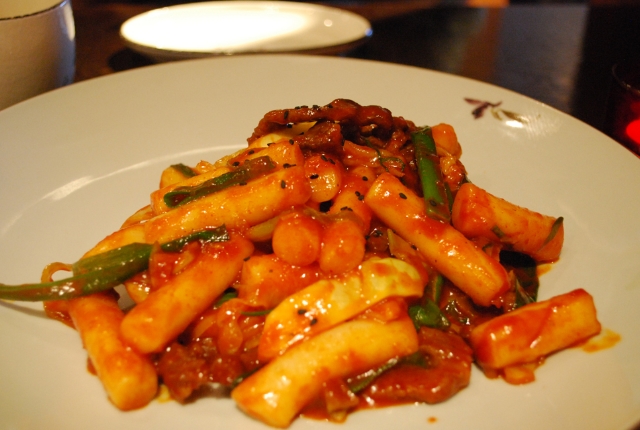