Romania is enjoying her moment under the sun. Shunned by tourists for years, Romania has suddenly become the toast of travel circles. From becoming an unlikely celebrity hotspot to a haven for backpackers, this country has something to offer for everyone. Romania boasts of some of the finest castles, churches and museums in all of Europe. It’s incredible natural beauty tugs at the heart strings of visitors. Bran castle, Peles castle, Herstrau Park are few of the top tourist spots in Romania. To know more about the incredible things you can do in this ruggedly beautiful country, read on.

Here Are 10 Incredible Things To Do In Romania

The brooding, 13th century Bran Castle, which many believe to be the abode of the frightening abomination Dracula, is dramatically perched atop a 200 foot high rock in central Romania.

This spectacular castle with its countless towers and turrets has become a tourist hot spot in recent years.

The Saxons, Hungarians and Teutonic Knights have all resided in the Bran castle, before it became the official residence of the Romanian royal family. 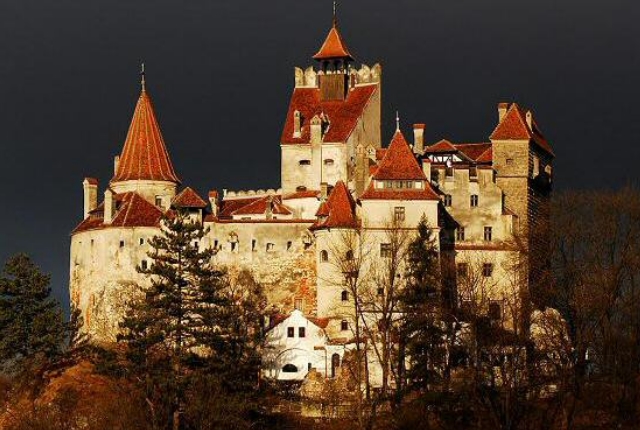 2. Soak Up The Sublime Beauty Of Herastrau Park

The incomparable Herastrau Park which was inaugurated in 1936 has the unique distinction of being the largest public park not just in Romania but also in Europe.  The 187 hectare park is located on the northern side of Bucharest.

Herstrau Park which is laid out around the scenic Herastrau Lake has numerous pavilions, picturesque walking trails and terraces.

The Japanese Garden, the beautiful Poplar Island, the stunning Rose Island and the Expo Flora area within this park are known for their sensational natural beauty. Teatrul de Vara (the park’s open air theater) and Reef Aquarium are the other major attractions of this awesome park. 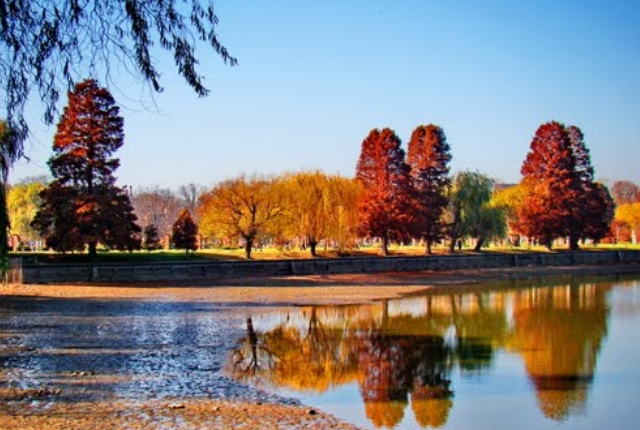 3. Explore Palace Of The Parliament

Palace of the Parliament also known as the ‘House of the People’ is one of the most cherished architectural jewels of Romania.

The ‘The Palace of the Parliament’ which is the seat of the parliament of Romania is an ode to megalomania.

The construction of this huge and intimidating building was commissioned by Romanian dictator Nicolae Ceausescu. One of the most extravagant and expensive building projects ever commissioned by mankind, the Palace of the Parliament has over 1100 ornately decorated rooms. 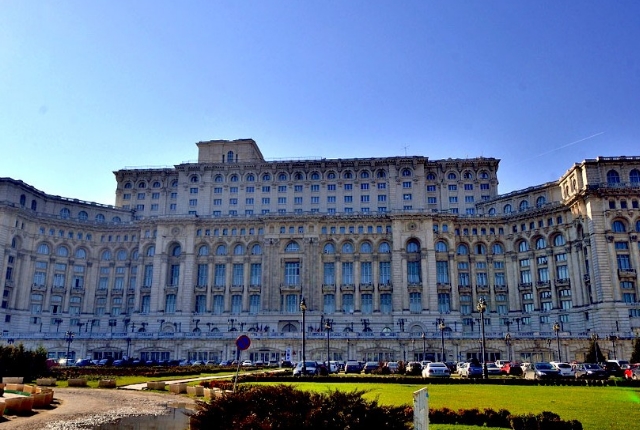 Stavropoleos monastery also known as Stavropoleos church was founded by the Greek monk Ioanikie Stratonikeas in the year 1724. This beautiful orthodox monastery is located in the very heart of Bucharest.

The elegant exterior of this church is in complete harmony with its ornate wooden interiors.

This monastery, which is an outstanding example of Brancovan architectural forms, has a wealth of stone and wood carvings. The airy courtyard within this monastery has an unusual collection of tombstones which dates back to the 18th century. 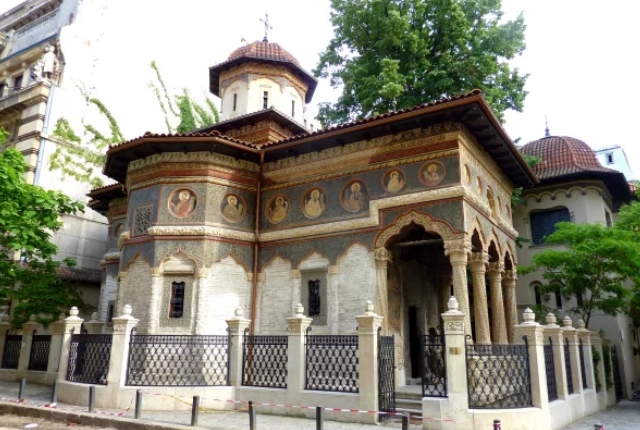 5. Catch A Spectacular Sunset From Atop Mount Tampa

Tourists can enjoy the stunning geometry of the medieval city of Brasov from Mount Tampa’s rocky summit. Mount Tampa which has an altitude of 960 meters is situated in the southern part of the Eastern Carpathians.

The best way to reach the top of Mount Tampa, which is a natural landmark of Brasov City, is by taking the cable car.

Additionally, one can also hike to the top of the mountain. Mount Tampa is home to many endemic species of birds and animals which include the Ural owls, black woodpeckers, lynxes, brown bears, boars, ravens and a wide variety of butterflies. 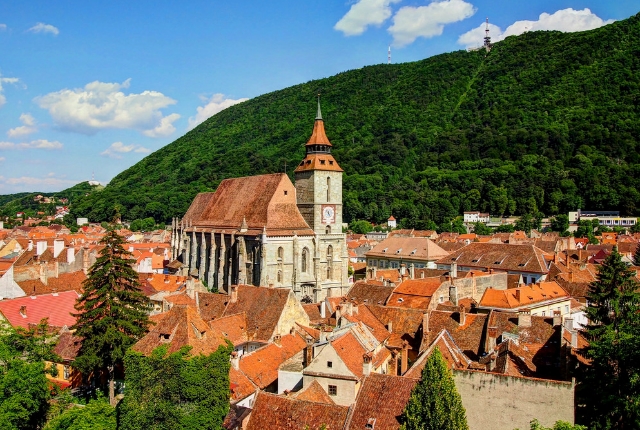 6. Visit The Merry Cemetery At Sapanta

The Merry cemetery, which is located in the village of Sapanta in northern Romania, is well known for its vivid tombstones and fscinating grave markers. The grave markers in this cemetery celebrate life with gentle humor.

The first colorful grave marker was erected back in the 1930’s. After Stan Ion Patra’s time, his trainee Dumitru Pop Tincu carried on the good work. Today, busloads of tourists visit this cemetery to see vivid blue tombstones and the exquisite grave markers which depict a scene from the life of the departed person during happier times. 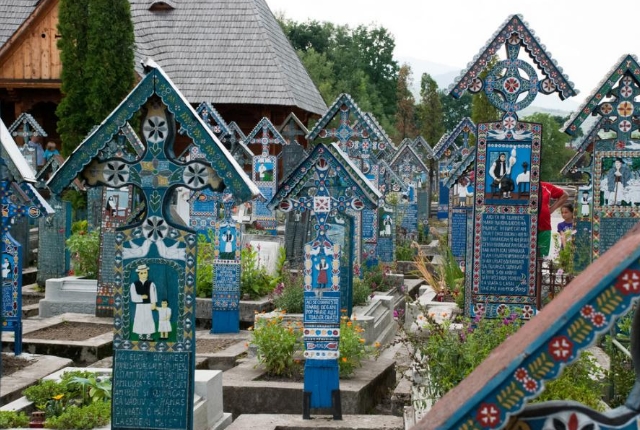 7. Experience The Striking Beauty Of The Clock Tower

The stately Clock Tower or Turnul cu Ceas is located in Sighisoara, one of the most interesting medieval cities of Romania.

In ancient times, the clock tower functioned as the main gate to the citadel.

It also housed the powerful city council. Today, this 64 meters high, 14th century clock tower, has become one of the most popular tourist attractions of Romania. The clock tower currently houses History Museum of Sighisoara. 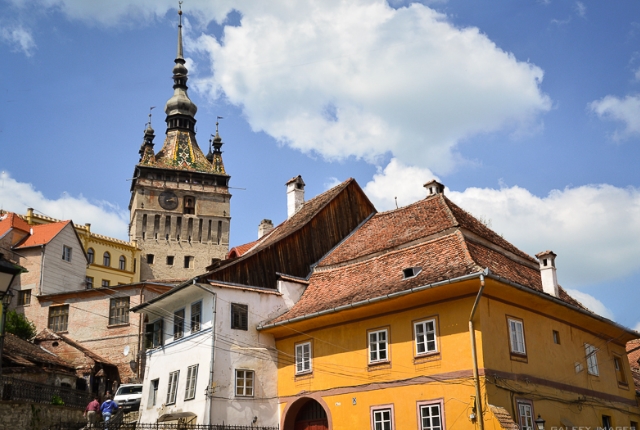 Once underground there are numerous rooms, spaces and mines to be explored.

A major portion of this mine has now been converted into a massive theme park, complete with a giant Ferris wheel, amphitheater, bowling alley and carousel. Additionally tourists to the Salina Turda Salt Mines can also sign up for boating tours to examine the massive stalagmites which line the caves. 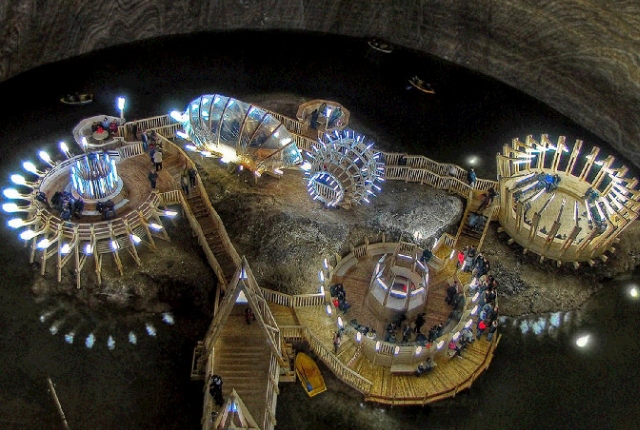 9. Visit The National Museum Of Art Of Romania

To discover what is happening in the bustling contemporary art scene of Romania visit the stunning National Museum of Art of Romania. This museum was founded in 1948.

The National Museum of Art of Romania is located in Bucharest in a splendid palace which once belonged to the royal family of Romania.

This museum has a sizeable collection of both medieval art as well as Romanian art. Within the precincts of this museum are located The Romanian Medieval Art Gallery, the European Art Gallery and Romanian Modern Art Gallery. 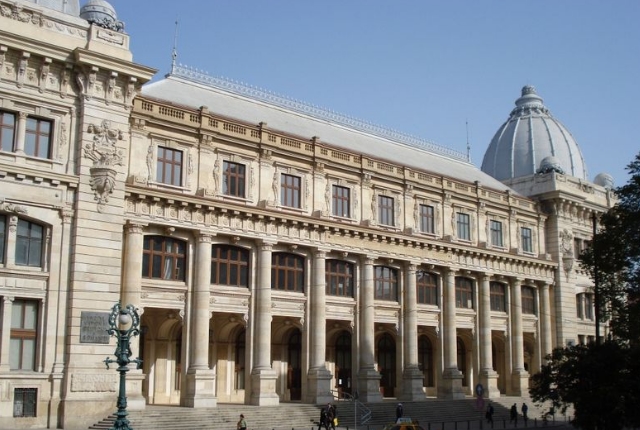 10. Marvel At The Peles Castle

The majestic Peles castle with its forest of pointed towers and fairytale turrets is considered to be one of the most beautiful castles in all of Europe. The Peles castle was built during the rule of King Carol I.

This castle which is located on Peles brook valley was built on the site of a former Roman camp. 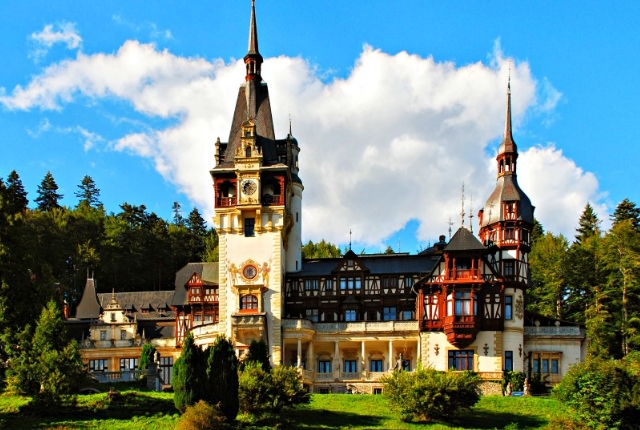