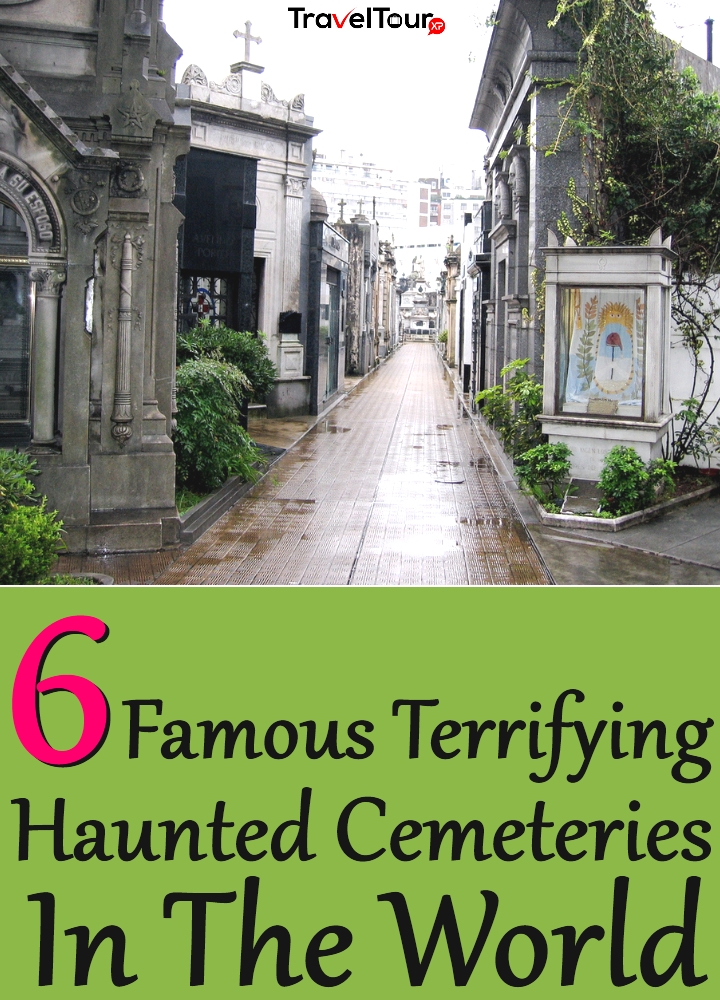 There are several old cemeteries around the world some of which are popular tourist attractions. Visiting old cemeteries provide information on the cultural as well as civic history of a country. Some cemeteries have interesting and gorgeous architecture also. But there is another side behind these cemeteries. As dead people are buried in cemeteries some cemeteries have scary haunted reputation too. For this reason some historically famous and beautifully preserved scenic cemeteries have background of supernatural happening and ghost haunting. Here is a list of such cemeteries in the wold. While you are visiting these countries do pay a visit to these if you have faith or at least interest in ghost stories and haunting.

Here Are 6 Famous Terrifying Haunted Cemeteries In The World:

The towns of western US centuries ago were violent places where deaths by gunfight were daily matter. Tombstone of Arizona was such a violent place. In modern Tombstone there is a cemetery named Boothill where several people who died of gunfight were buried. Some graves even do not have names, just grave markers. People say that ghosts of these dead gunfighters are seen roaming in the cemetery and local area at night. Some even have claimed to see these ghosts covered in blood also. 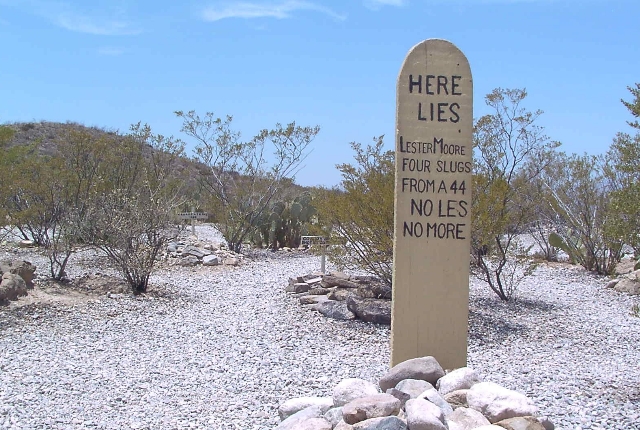 San Michele cemetery of Venice, Italy is called the island cemetery. It is perhaps the only island in the world that is a cemetery and was used to bury dead centuries ago. There are hundreds of graves in this island cemetery. Some of these graves have wonderful Italian art. Needless to say that such a place will have stories of ghost haunting or supernatural happening. Paranormal investigators also have investigated this place time to time. Several encounters with different spirits have been reported by people for years in San Michele cemetery. 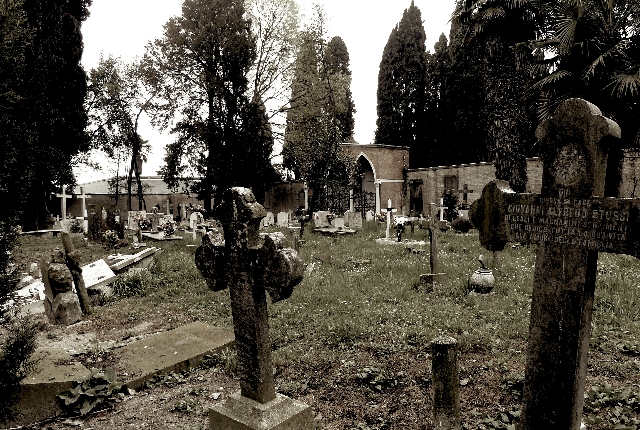 While San Michele does not have any particular ghost this cemetery of Edinburgh of Scotland does have a kind of houseghost. The ghost is a violent poltergeist known by the name of Bluidy Mackenzie. This poltergeist has a bad reputation of attacking people who come to this cemetery. They suffer body injuries like bite marks, bruises. Even tourists who visit this 16th century historic place have reported  creepy  sensation in this graveyard also. 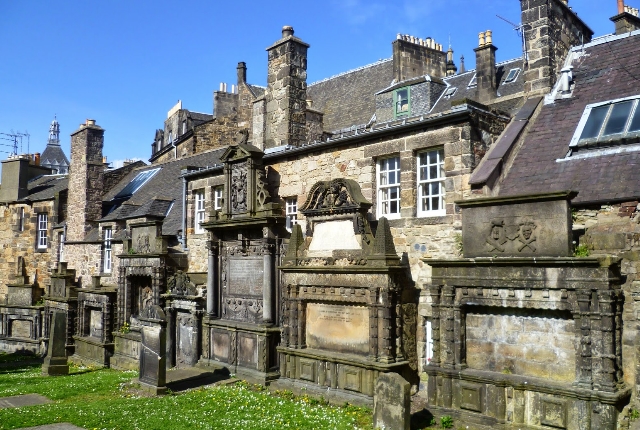 La Recoleta cemetery of Buenos Aires, Argentina is a popular tourist attraction for it has graves of many renowned people of Argentina. These people belonged to politics, art and sports. The most famous grave belongs to Eva Peron. But it is not the ghosts of these famous people who haunt the graveyard. It is said that a night guard who committed suicide here haunts this cemetery. Besides seeing a lady ghost in white dress is frequently reported. 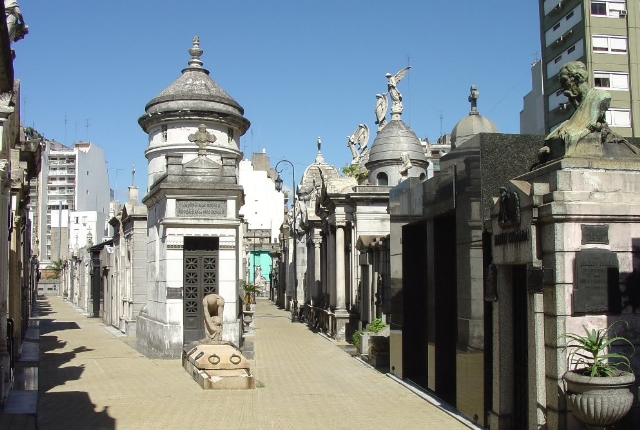 This cemetery in London has more than 50000 graves. Some very notable personalities like Karl Marx etc were buried here. There are graves with interesting architecture, crypts or vaults that look centuries old. In a word this cemetery is creepy even in day time. There are stories of several ghosts haunting this graveyard. One of the ghosts is an aged lady who roams between graves. Some people even have claimed to encounter a vampire like figure with burning eyes in Highgate too. 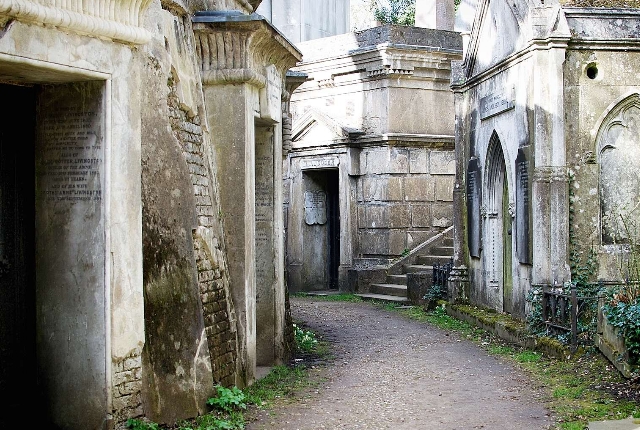 The old cemetery that belongs to Jewish people in Prague of Czech republic is an amazing place. This cemetery has thousands of graves arranged in layers and sometimes in crowded way. It is said that the estimation of people buried here can reach 100,000. This place is nearly 500years old. Such a place has to have stories of ghost haunting. People who visit here have reported spectral or shadowy mysterious figures moving between graves. 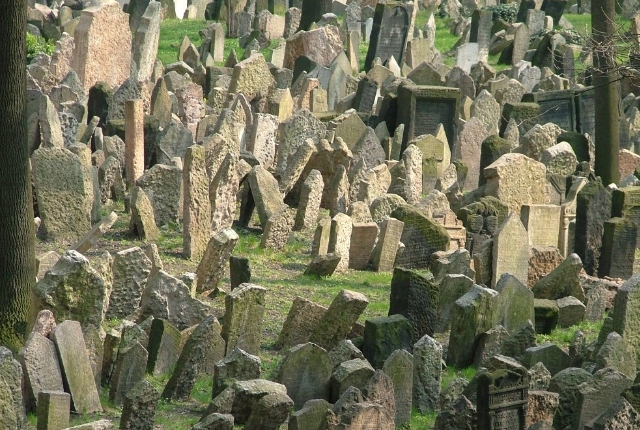