Mexico is a country that has some striking history to boast about and some mind boggling places that are quite worthy enough to get thrilled on the whole. Though it has been among the list of the underrated countries of North America with the likes of the enormous United States and Canada, Mexico offers many exciting places to all its visitors. However in the recent years, there are many questions regarding the safety of tourists in the country as the crime rate has phenomenally increased. In this context, one needs to be aware that many travel bloggers and backpackers have certified that it’s absolutely safe to explore the country. Also the steps and motives undertaken by the local government enabled the tourists to enjoy their trip to the maximum extent.

Here’s The List Of Eight Exciting Places In Mexico Which Shouldn’t Be Missed Out As A Tourist:

Oaxaca city is known to be the capital and the largest city of the Mexican state Oaxaca and this city tops the list of the most prominent Mexican destinations. This is because of the local archaeological sites which are hit by numerous tourists throughout the year. One of them include the exquisite Church of Santo Domingo de Guzman which can be considered as a masterpiece built in the Roman Catholic architecture style. Basilica of Our Lady of Solitude is yet another church of Oaxaca city constructed in 1690 and is dedicated to the patron saint of Oaxaca. Apart from these, there are even several other tourist attractions which include Jardín Etnobotanico de Oaxaca, Mercado Benito Juarez etc that places Oaxaca city as one of the leading destinations of the country. 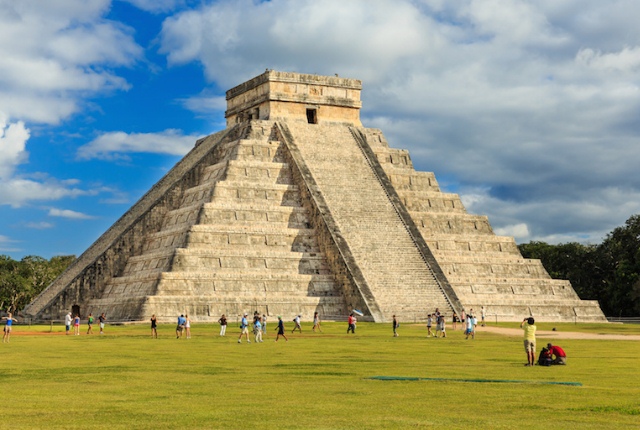 If a tourist decides to enjoy the beaches of Mexico to a summit, this resort town can be the foremost thought to visit. Playa Del Carmen is a town rich with some amazing beaches and is situated along the Yucatan Peninsula’s Riviera Maya strip of Caribbean shoreline. A stunning nightlife scene can be observed in the town and one can make most out of it by spending themselves at the night markets, shops, restaurants, pubs etc. Also the palm-lined beaches and a wide stretch of coral reefs features this wonderful destination as a must-visit one in Mexico. 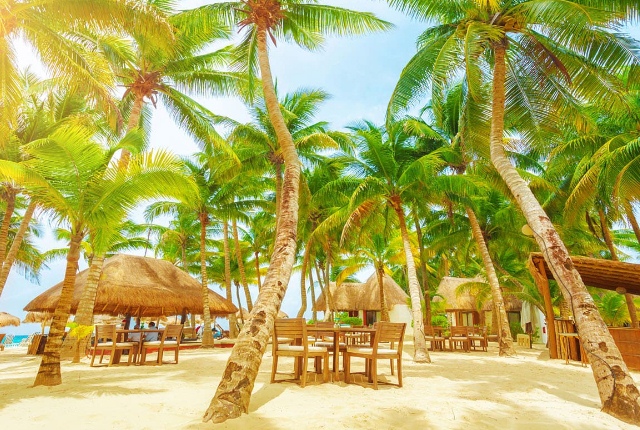 A list of most spectacular destination of Mexico would definitely be incomplete without the inclusion of its capital city. This is one of the most densely populated cities not only in Mexico but also the entire planet. A spell binding construction that lies in the heart of the city is the magnificent Templo Mayor which means ‘Main Temple’ in Spanish. This ancient masterpiece comes from the late Postclassic period of Mesoamerica and is said to constructed in the capital of Aztechs Tenochtitlan, which is now a part of Mexico city. Great Pyramid of Tenochtitlan. the spectacular city center, the National Museum of Anthropology can be counted among some of the most exciting places of Mexico city that have to be shot when visited. 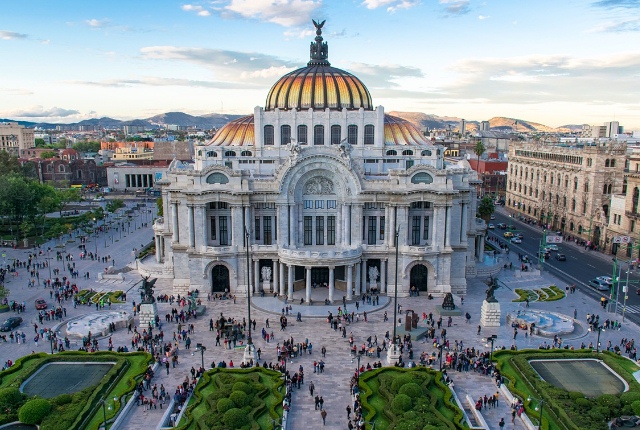 Guadalajara is actually the capital of Jalisco, a state that lies in the western Mexico.  Rotonda de los Jaliscienses Ilustres is one of the most iconic constructions of the city situated at the flanked avunues of Fray Antonio Alcalde and this exceptional monument was built in the honor of Jalisco’s artists, musicians and some historical leaders. Mexican churches are definitely a treat to visit and The Guadalajara Cathedral or Cathedral of the Assumption of Our Lady is no exception from that. The magnificent cathedral revives the faith in Christianity and a devotional scene diffused in the heart of the church is something that is quite worthy to experience. 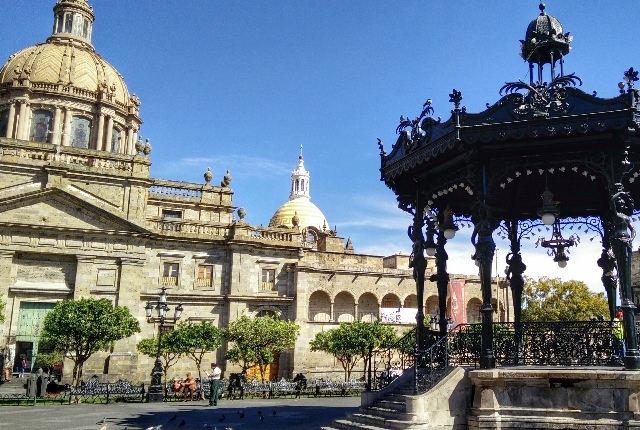 The name itself sweats the bodies of many readers as this city is known to be the most deadliest ones among all the other Mexican destinations. The crime rate at this particular place is quite high where many of the tourists have been brutally murdered and robbed in the past. Once upon a time, this city is renowned for its vibrant nightlife, some exciting beaches to explore and some awesome beach resorts. However, with the recent incidents, the tourist rate has gradually come down and there’s a lot of necessity for the Mexican government to undertake several reforms and revive its past glory. 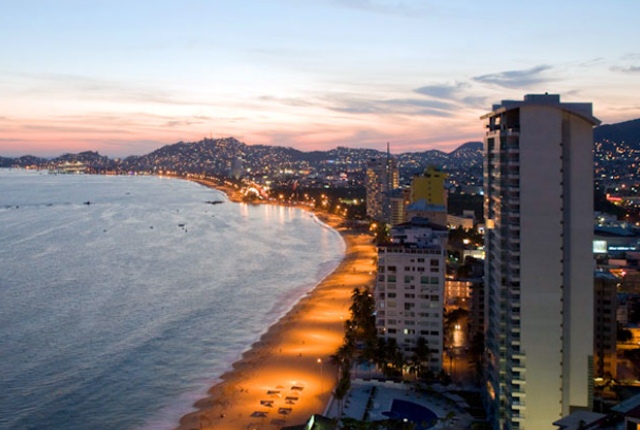 Cancun is one of the most populated destinations of Mexico and it borders the Caribbean Sea. This city is most famous for its beaches where the tourists can relax and enjoy their vacation by opting to stay in one of the numerous available beach resorts in the city. Also Cancun is famed for its vibrant nightlife where mostly the students are seen exploring this town during their vacation breaks. The nightclubs, shops and restaurants makes Cancun the best place for partying in Mexico. 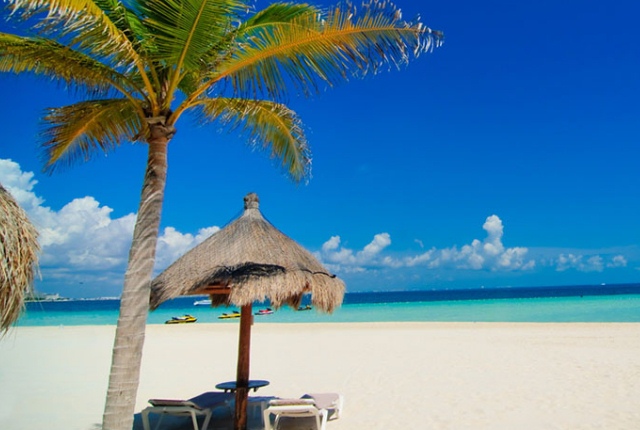 This is yet another resort of town of Mexico and is located in the state of Jalisco. This is a place to experience some stunning water adventures in Mexico which includes the well-known scuba diving, snorkeling, kayaking, surfing etc. Playa del Amor, a beach in Puerto Vallarta is popularly known as the ‘Hidden Beach’ and it is called in such a way because it can actually be spotted beneath the land part of the island. Puerto Vallarta also boasts about its magnificent cobblestone streets which shouldn’t be missed out at any case. 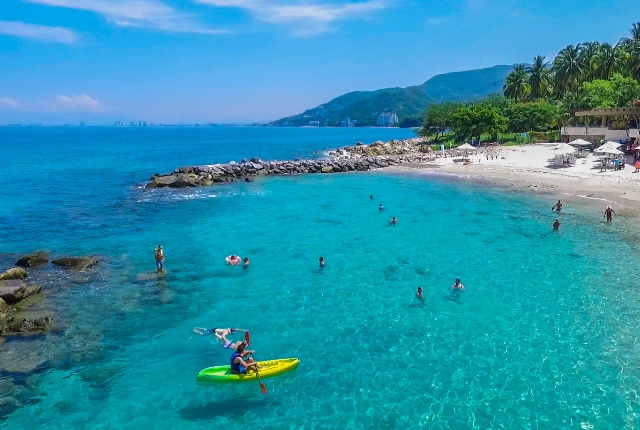 Merida is the capital of Yucatan state of Mexico that is renowned for its rich Mayan and colonial heritage. Plaza de la Independencia is the city center which is stuffed with some exceptional shopping scene. The Casa de Montejo is a restored 16th century house-turned-museum which was built in 1569 and is said to be the most exciting place of the city where one can get a glimpse of the Mexican art and culture. 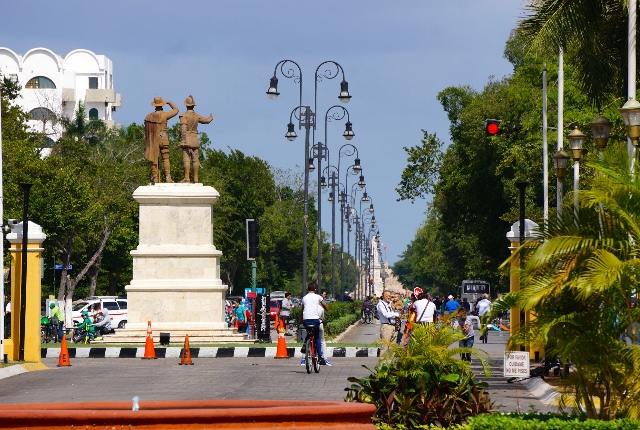 Apart from visiting the mind boggling sites of Mexico,this striking country is also famous for its cuisine and various dishes that are native to the country often excite the readers with their mouth watering course.