You just need to look around the city to discover the beauty of Barcelona. Barcelona is the hub of the Gothic architecture with the marvelous creations of the famous Antoni Gaudi all over the city. You will never get enough of admiring the city for its architectural beauty. The Catalan Modernisme was a boon to Barcelona which has left its heritage as a gift to the city. It is the Capital of Catalonia, the northeastern province of Spain. The city has the Mediterranean vibe in its air with deep blue beckons and sun drenched beaches. As the darkness starts emerging the city thrums with a thriving nightlife with bohemian bars and brassy jazz.

For Your Trip To Barcelona, Here Are The 5 Must Do Things For You:

The Largest public Food market in Barcelona and also the city’s one of the famous tourist landmarks, La Boqueria is a one stop shop for multi-cuisine. It is the largest food market in Europe and you will find food of all the varieties and nationalities under one roof. It is located off La Rambla, within the Old Barcelona Town. The market dates back to 1217 when it was started as a meat market which eventually went on to become most popular eatery hub with variety fresh fruits and vegetable and local products and specialties to offer. 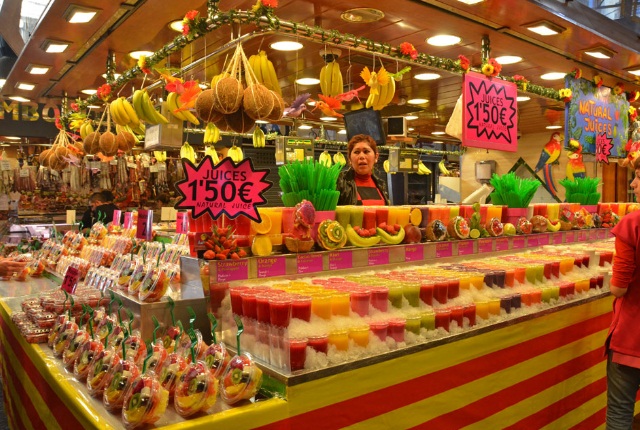 The UNESCO World Heritage Site, The Sagrada Famila is a large Roman Catholic church in Barcelona, a architecture and engineering masterpiece. The construction was started under Antoni Gaudi in 1882 and he worked on it until his death in 1926 when it was still under construction and you would be surprised to know that the work is expected to be completed in 2026. This fact itself will make you wonder what would the final structure turn up into after efforts of thousands of hands over all these years. So a visit to Sagrada Familia on your Barcelona trip is a must. 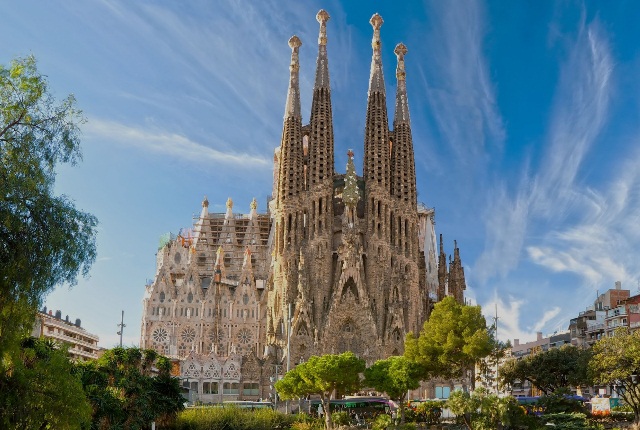 The breathtaking space of Palau is intricately designed with stained glass, sculptures and metalwork is a treat to your eyes. This concert hall in Barcelona has been in action since 1908. With a modernisme theme, designed and styled by none other than the noteworthy artist Antoni Gaudi. Apart from the infrastructure the unique performances and concerts held at the hall are just fabulous. There are other halls apart from the main concert hall, ideal for holding conferences, film screenings, press conferences, stage shows etc. 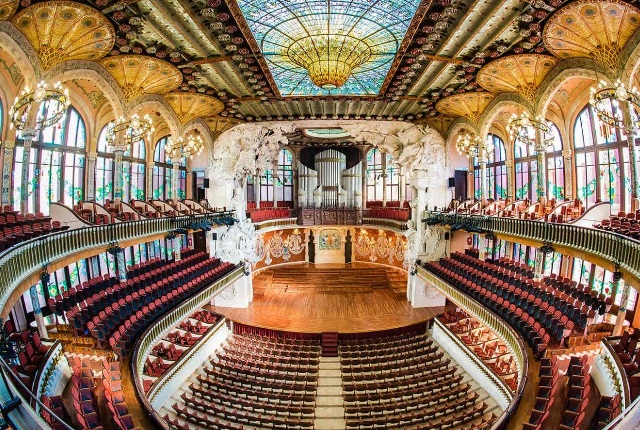 4. Watch The Magic Fountain Of Montjuic

Located at Montjuic, the magic fountain offers a spectacular show of display of colors, light and water acrobatics in the combination with music. There are shows every Thursday to Sunday in the summers and Friday and Saturday during winter. Performances include classical and modern music as well as pop songs. Attend a show and you will experience why it is know as ‘ Magic Fountain’. 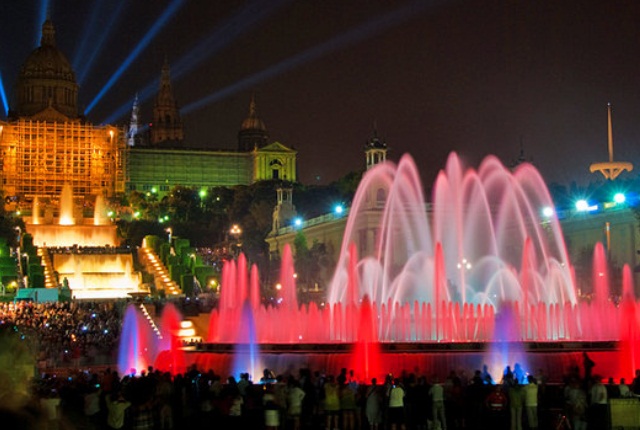 5. Stroll The Lanes Of Gothic Quarter

Berri Gotic or the Gothic Quarter is the centre of the old city of Barcelona stretching from Rambla to Laietana and from Mediterranean seafront to Ronda de Sant Pere. The Quarter encompasses several notable medieval landmarks including the remains of the city’s Roman Wall, remains of Roman temple, Cathedral of Santa Eulalia, Placa del Rei and also the present day Museu Picasso and Royal Artistic Circle of Barcelona. Many of these buildings are restored from their original form with a modern touch yet still retaining its Gothic feel and style. The lanes of the Quarter will never fail to give you a nostalgia of the Gothic Era. 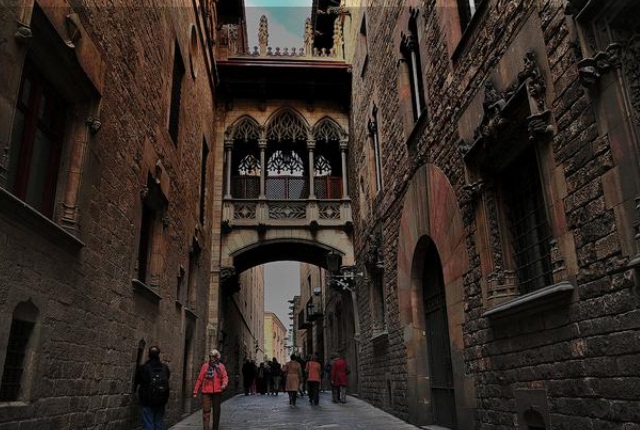