The rich and royal cultural and heritage of Europe still stands erect and alive in its architectural marvels. Though the list of these beautiful monuments and sculptures is very long, we have shortlisted 10 monuments.

They all carry a legend, a history with them, and most of them have been restored and maintained by the UNESCO and the local government.

The Top 10 Architectural Marvels Of Europe Are-

A great work of Roman architecture, the colosseum is the largest amphitheatre in the world and is situated in the center of the city of Rome. It was built in 70-8 AD and this concrete and stone architectural marvel can house 50,000 to 80,000 people. Despite several weather woes and deadly wars, the major part of the colosseum is still intact. 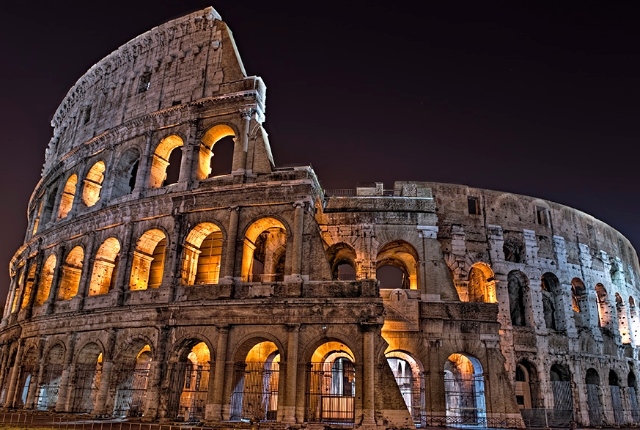 Truly an architectural marvel, this Roman catholic church stands high in the centre of the Barcelona city and is the landmark of the place. The project was started in 1882 and though several architects have worked on it so far, it still lies incomplete. This is a USESCO acclaimed world heritage site and a place of architectural study and pilgrimage.

Acropolis is a 500 ft high mountain in Athens and is the home of many magnificent architectiral beauties. These buildings are nearly 2500 years old and structures like the Temple of Athena Nike and the Parthenon can be visited here. The remnants of many structures are found in the acropolis museum nearby, which gives a better understanding of its vivid history. 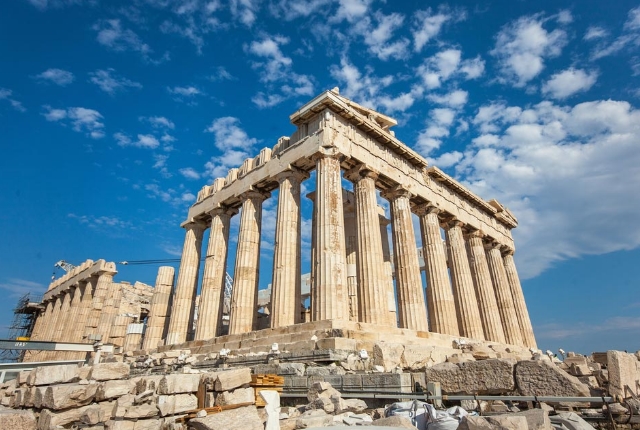 Spread over a sprawling 35 acres, Alhambra means red fortress and is a medieval fortress built by the Moorish rulers. Several palaces, gardens, and 13 huge towers are situated in this area and though its construction started in 9th century AD, it was in the year 1350, that its present form became prominent. 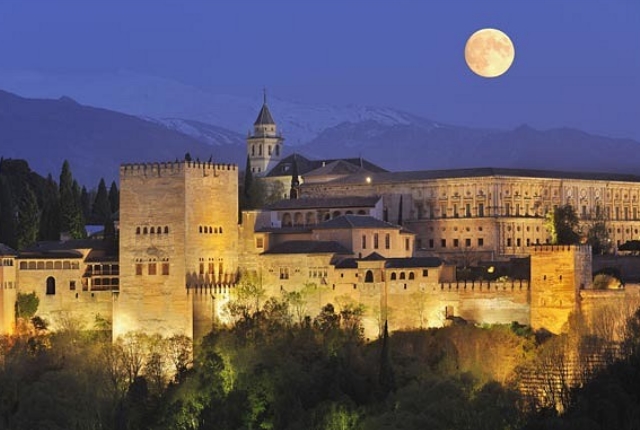 Built as a cathedral in 360 AD, Hagia Sophia was converted in a mosque in 1453 and finally a museum in 1935. This structure is the masterpiece of Istanbul and Hagia Sophia menas ‘sacred wisdom’ and it famous for its magnificient dome and mosaic work. 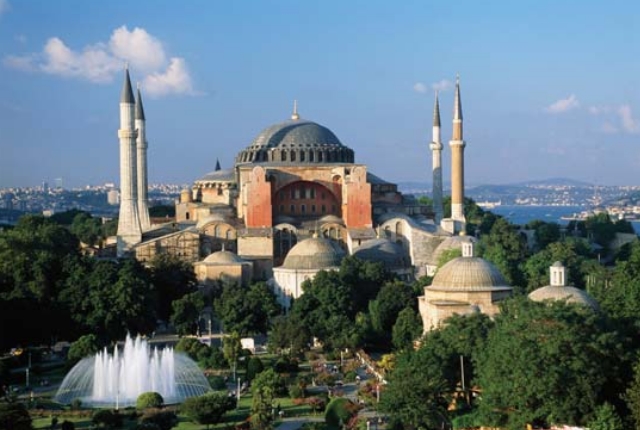 The grand place is a beautifully crafted square in the city of Brussels. It is the central marketplace which houses gothic guild houses and exquisitely crafted buildings. Concerts, festivals and major events are held all round the year in this square and the summer months witness the lovely flower markets and the perfect arena to enjoy the belgium hospitality. 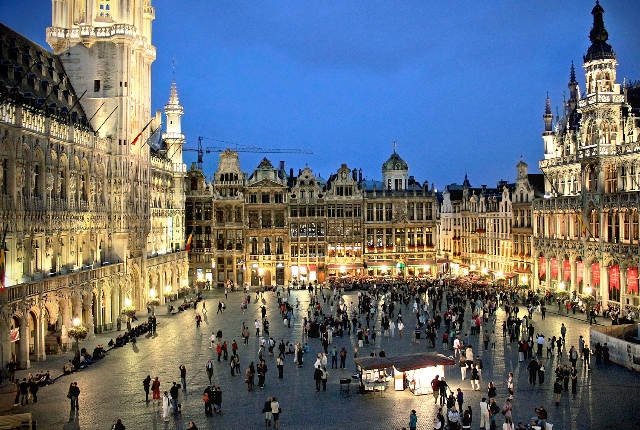 The tower bridge is the landmark of the London city and was built between 1886-1894. It flows over the river Thames and is a combines bascule and suspension bridge. An estimated 40,000 people cross the bridge every day and speed and weight limits are imposed on vehicles crossing the bridge to maintain it upkeep and integrity. 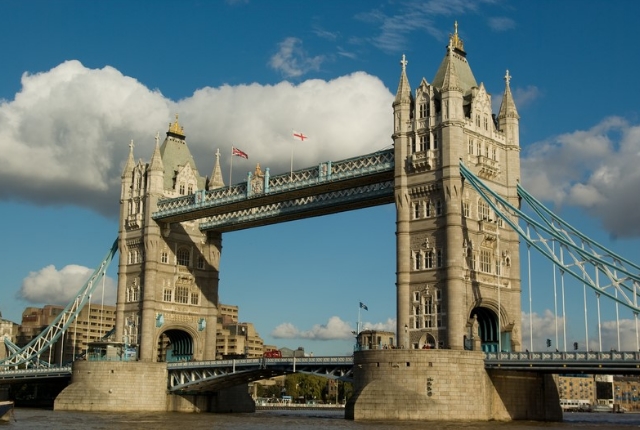 This fairytale palace must surely have come in the dreams of every girl at least once in her lifetime! This castle was built was king Ludwig who unfortunately died before shifting here. 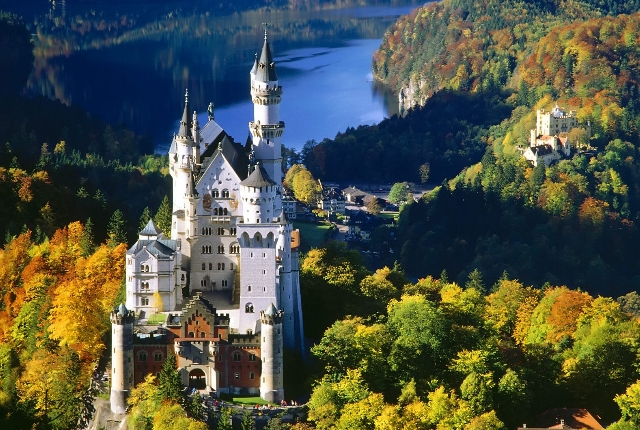 This Russian orthodox church resides in the red square of Moscow and is geometrically the centre of the city. The church was built under the command of Ean the terrible, between the years 1555 to 1561. This is a world heritage site preserved by the UNESCO, and legends say that the architect’s eyes were popped off after designing this church to maintain its uniqueness.

This fountain stands 86 ft high and 131.6 ft wide and is the largest Baroque fountains in Rome and one of the most beautiful in the world. Toss a coin into it and legend says that Rome will call you back again to its city. The fountain was recently restored in 2014-2015. 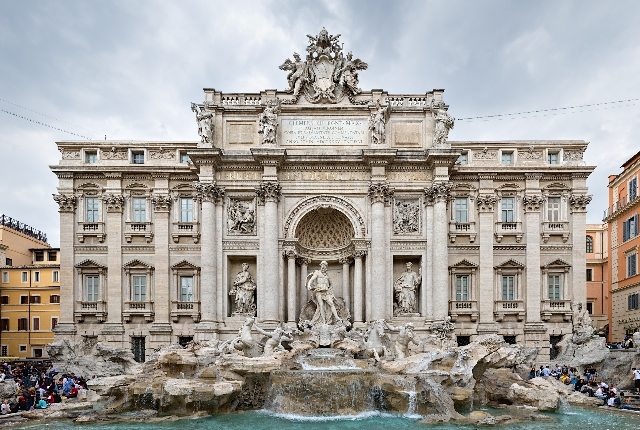