Manitoba, a Canadian Province, is edged by Ontario to the east and Saskatchewan to the west. One of the three prairie provinces of Canada, Manitoba is a land of vast open spaces. The superb natural landscape of Manitoba attracts people from near and afar. There are plenty of things for the intrepid traveler to do in this stunning Canadian province. Some of the best, most fascinating, things to do in Manitoba include visiting the Assiniboine Park, exploring FortWhyte Alive and spending some quiet time at Saint Boniface Cathedral. To discover more about the wonderful things your can do in this Canadian province, read on.

Here Are 10 Fascinating Things To Do In Manitoba:

1. Enjoy A Slew Of Entertainment At Assiniboine Park

Located in the very heart of Winnipeg, Assiniboine Park is a 700 acre verdant oasis which attracts millions of visitors throughout the year. Assiniboine Park which was previously known as City Park was inaugurated in 1909.

This much loved recreational space borders the Assiniboine forest.

The park comprises of a zoo, park conservatory, sculpture garden, historic park pavilions and a beautiful outdoor theater. The best way to enjoy the art exhibitions, floral displays and special events, which are organized at this park, is to hop aboard the quaint miniature steam train. 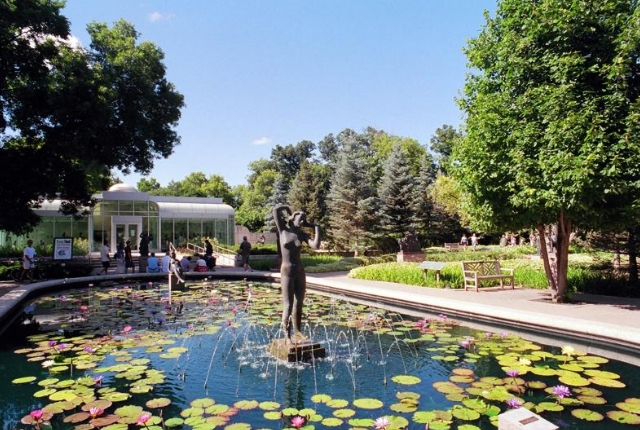 The inauguration of this building coincided with the 50th anniversary of the formation of the Manitoba province.

The striking external facade of this ‘H’ shaped building was constructed using locally sourced grey Tyndall stone. A visit to Legislative building in Manitoba is incomplete without touring its extensive and beautifully landscaped gardens. 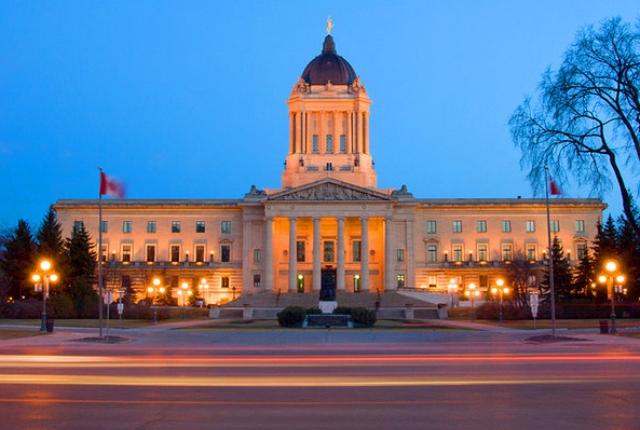 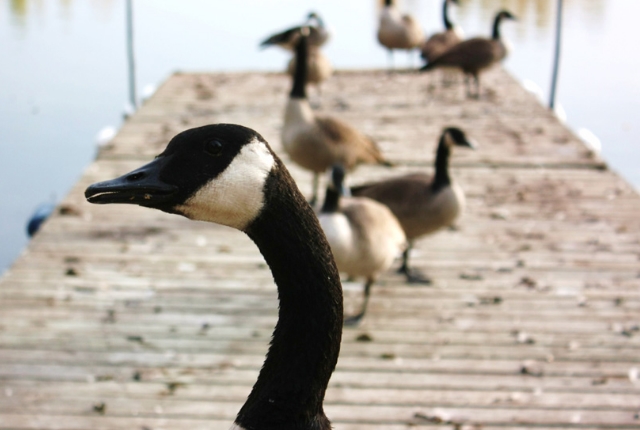 Leo Mol Sculpture Garden which is located in Winnipeg showcases the magnificent works of Dr. Leo Mol – an internationally recognized master sculptor. The Leo Mol Sculpture Garden features nearly 300 bronze and ceramic sculptures which were crafted by this gifted artist during his lifetime. Additionally, many stunning drawings and paintings which were done by Dr. Leo Mol are also exhibited at this garden. The ethereal setting of the sculptures amidst the exotic natural beauty of the Assiniboine Park will create rich memories in the minds of visitors. 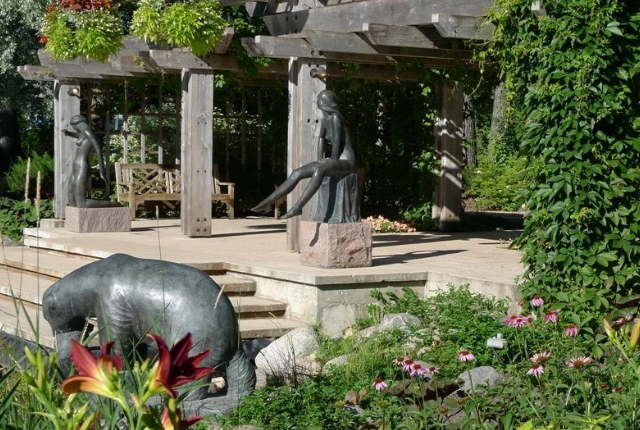 Saint Boniface Cathedral, a Roman Catholic Basilica and the Mother Church of Western Canada, was established in 1818. This cathedral is one of the premier historic sites of Manitoba. The cathedral as we see it today is actually the fifth church on this site.

The current Saint Boniface Cathedral underwent massive reconstruction work after a major fire tore through the building in 1968.

This cathedral showcases the architectural style of the early 1900 with the newer styles which were added to this structure in the 1970’s. Some of the outstanding architectural features of this church include its Tyndall stone facade, arcaded entrance, the numerous elongated rectangular and round arched windows as well as the grand stone staircase. Visitors to this cathedral should also spend some quiet time at the impressive 20 acre Saint Boniface cemetery. 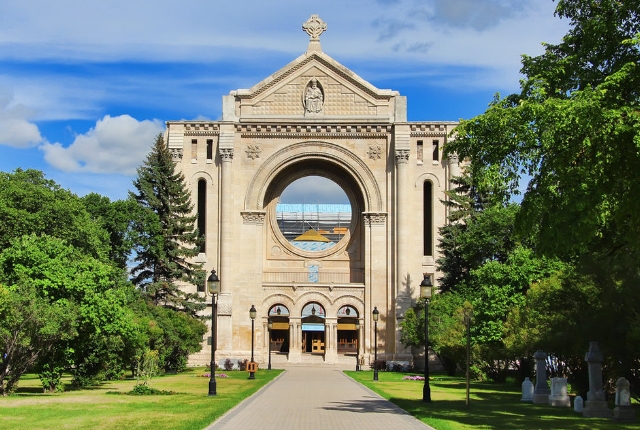 Kildonan Park is a 40 hectare, urban community park in Winnipeg. This beautiful park which is situated along the banks of the gorgeous Red River was established in 1909. Some of the top notch attractions at Kildonan Park include the 2.7 kilometer long recreational trail, the large formal gardens and Hansel and Gretel’s ‘Witch Hut’.

This beautiful park is also home to some of the oldest and biggest trees in Manitoba.

Popular recreational activities at this park include bird watching, walking, rollerblading and hiking. Canoeing and kayaking on the Red river are other popular adventure activities which visitors can partake of. 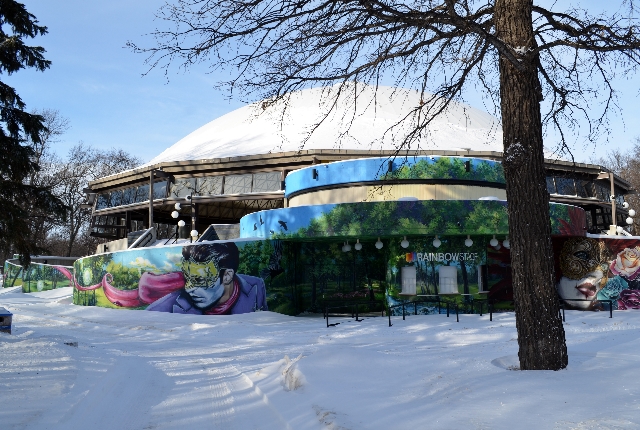 The brooding Prince of Wales Fort which was built more that 250 years ago is yet another premier tourist attraction in Manitoba. This massive fort which hunkers down on the bare, wild and windswept coast of Hudson Bay is sure to send a shiver of excitement down the spine of every tourist who visits this historic structure.

This fort is a living monument and an important memorial of the extreme rivalry between the French and English to gain absolute control over Hudson Bay.

The fort was designated a National Historic Site in 1933. Some of the character defining elements of this star shaped fort includes its massive courtyard, curtain walls, parapet walls and bastion. 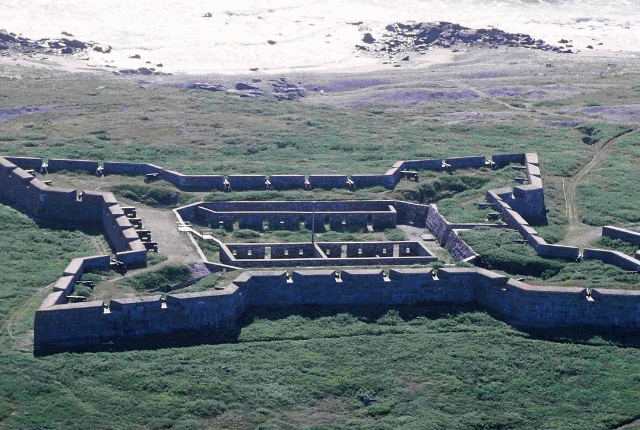 8. Travel Back In Time At Mennonite Heritage Village

The awe-inspiring Mennonite Heritage village is a world class museum which is located in Steinbach, Manitoba. The main aim of this museum is to preserve and showcase to the world the contributions made by the Russian Mennonites to the province of Manitoba.

This world class tourist attraction is basically a 40 acre complex which recreates a traditional Mennonite village as it existed in the late 1800’s.

Tourists visiting this village get a once in a lifetime chance to study the traditional Mennonite buildings of that era. Visitors to this heritage village are treated to a hearty Mennonite lunch which comprises of traditional fare like rhubarb platz and stone ground bread. 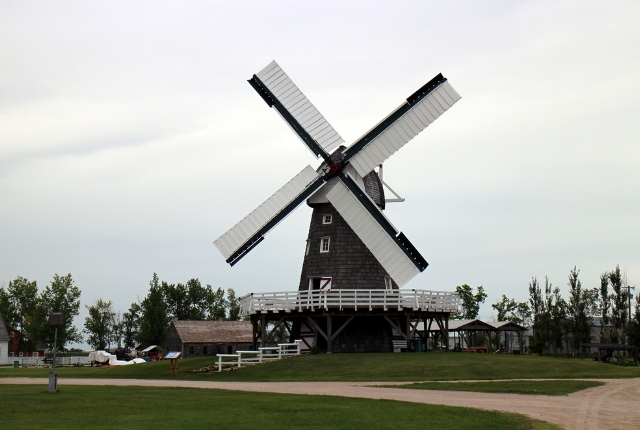 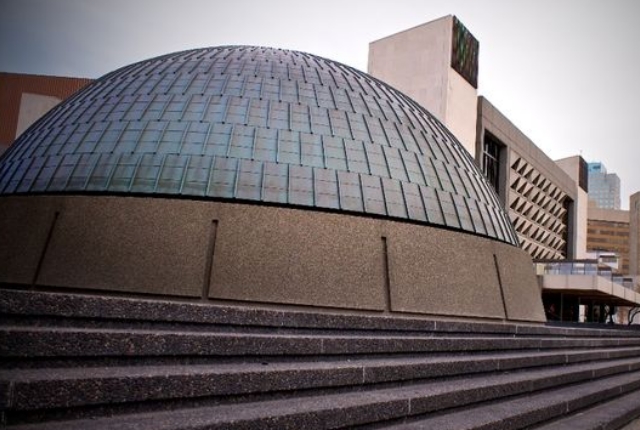 10. Shop Till You Drop At The Forks Market

Forks Market is a located at a historic site in Winnipeg which has been drawing people to trade their unique wares for hundreds of years. The Forks Market is the best place to go to,  to purchase souvenirs and specialty items. The fresh food emporium at the Forks market sells different kinds of cheese, bread and other baked items. Visitors can head to the Market Loft inside the Forks Market to purchase cigars and aromatherapy products. 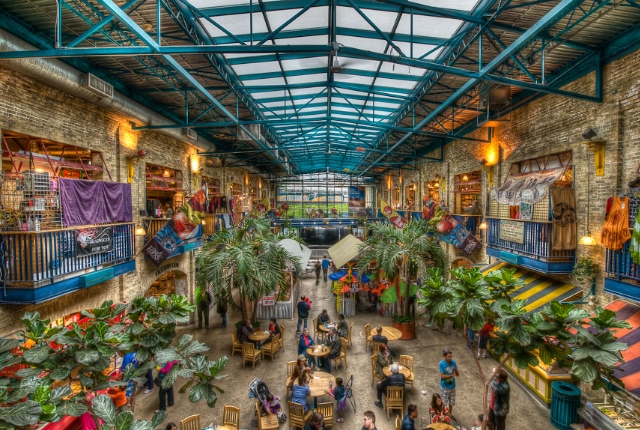