Turkmenistan, a Central Asian country which is a famous tourist spot as well is bordered by the beautiful Caspian Sea and has the Kara Kum Desert to its merry. Having an array of places of archaeological importance and remnants of the past, a traveller would get to see and learn a lot about the past and olden days which this city and its past has encountered over the years. The architecture in form of the structures and the mosques are also to behold in the region. Thus in case if you are planning to pay a visit to this lovely Central Asian country of Turkmenistan, there is a checklist which you should always keep handy so that you do not miss out on any of the msut see tourist locales or places.

Thus, Here We Will B Talking About The Top Best Places To Visit In Turkmenistan And They Are Discussed As Below:

Located in the Northern part of Turkmenistan tucked in theDasoguz Province, Dashoguz came into the notice of the world when a 7 kilogram meteorite fell in here. 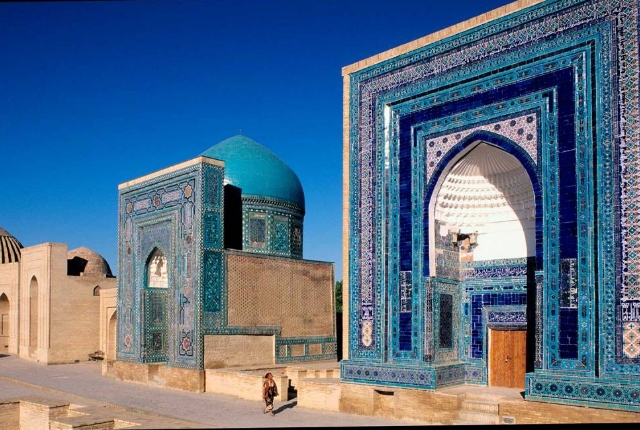 Located in the north eastern part of Turkmenistan, the KonyeUrgench is a municipal town in the region where the Urgench is the name of the ancient town which was the capital of Khwarezm. This region was devastated by Ghengis Khan and the Mongols anahilated the city with water. You can sree the SoltanTekes Mausoleum and the GutlukTemir Minaret which still stands tall irrespective of its bad past. 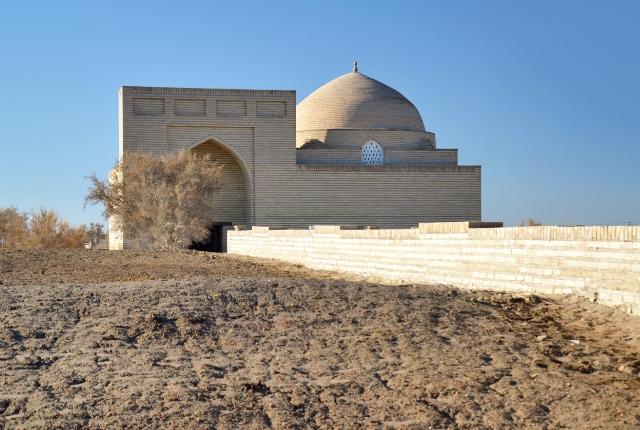 A very famous tourist destination site, Nissa is one of the most important cities of the Empire of the Parthians and was totally destroyed by an earthquake which shattered the place in the first decade BC. The remnants are now a UNESCO World Heritage Site. 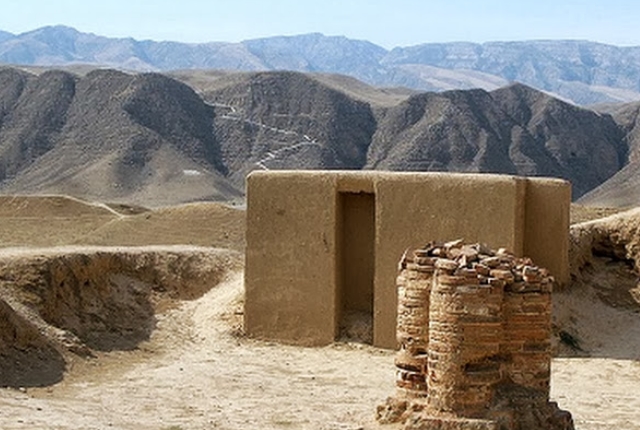 An oasis town located in the Ahal Province in Turkmenistan, Sarakhs is a place whwre the mausoleum of the Sufi AbulFaz o Serakhs Baba is located along with being the burial site of Sheikh ahmed Al Khady which is known all over by the name of Yarty Gumbez mausoleum. 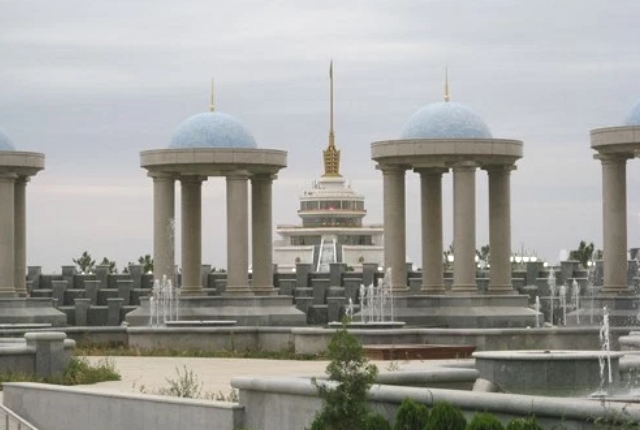 Situated nearby the Caspian Sea, Dekhistan is a western city in Turkmenistan and consists of the most unique of the terrains that the entire Central Asia can offer you! In case you visit this lovely city in Turkmenistan you cannot miss the beautiful towers of ancient establishments, the ancient mosque which dates back to the earliest of Islamic period and the 10th century and 12th century monuments that you have to admire and be in awe of. 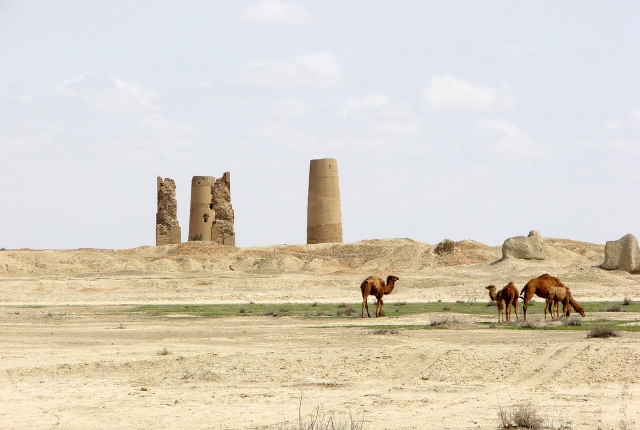 The third largest city in Turkmenistan, Mary is situated at the heart of the oasis and desert called the Kara Kum Desert. The places to see here include the history museum which houses a grand collection of the national dresses, Turkmen rugs and artefacts’ from the past years. 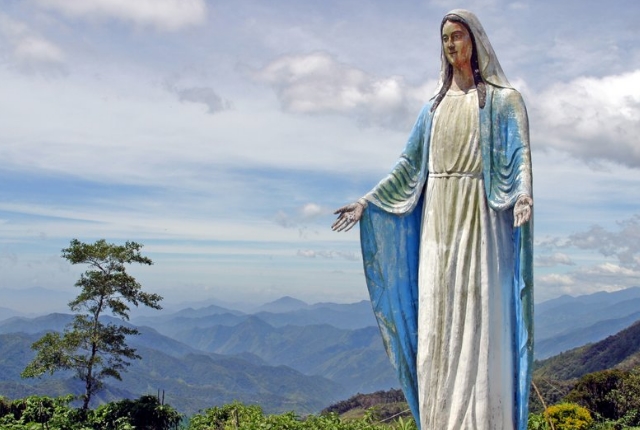 Another famous oasis town of Turkmenistan is Merv which lies along the Silk Rod. This place is a rather significant one due to the fact that according to some of the claims, Merv is supposed to be the largest of cities in the world till around the 12th century. Along with this, it si believed that the religion of Hinduism started off from here from Mount Meru which according to the religion is also the centre of the world as well. 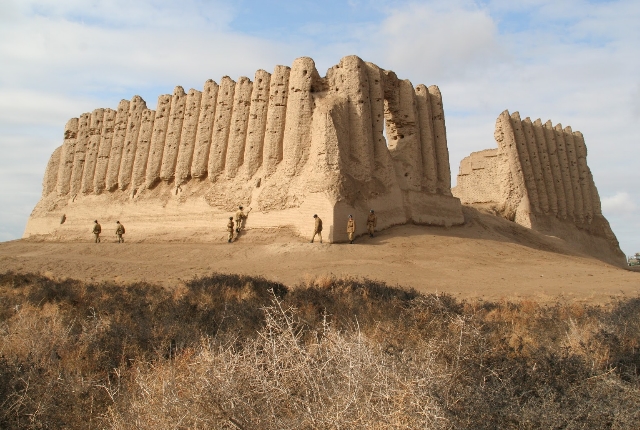 This is an archaeological site located in the Silk Road where the excavations started off only in the year 1904. During the phases of excavations a lot of things were found in the remnants which included the likes of painted pottery, skeletons of children, oldest of remains of camels and geometrical decorations of the yesteryears. It has since then that people have started to believe that it was here that camels were domesticated first ever in the world. Apart from the site, the other important thing to experience here is the SeyitJemaldin Mosque which is unique with blue tiles making it appear different than all the others. 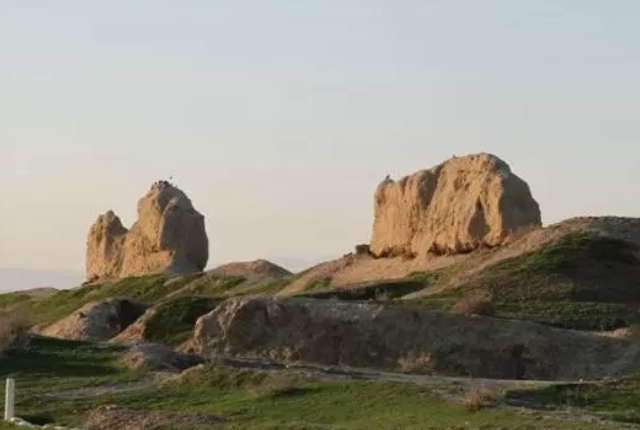 The Abiverd situated in the Ahal province is nothing but a medieval city in the southern part of Turkmenistan and is located very close to the Iranian border. The major attractions of this city include the likes of a mosque and ancient fortresses which are sure to enthral you. 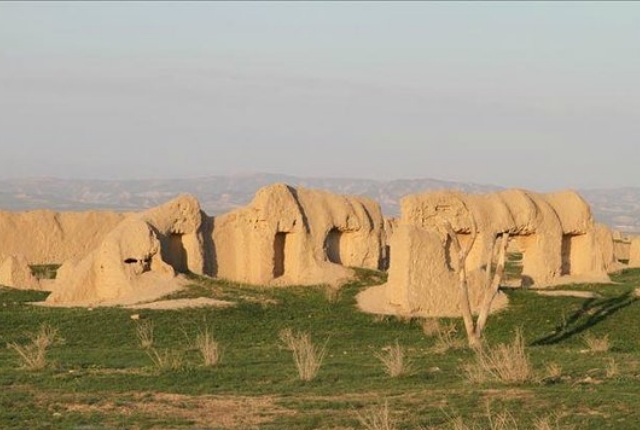 Ashgabat City is the capital of Turkmenistan and is the largest city in the nation and is located strategically in between the Kopet Dag Mountain range and the Kara Kum desert. This city houses the famous Kipchak Mosque also known as the “TurkmenbashiRuhy Mosque” which is the largest in Central Asia. 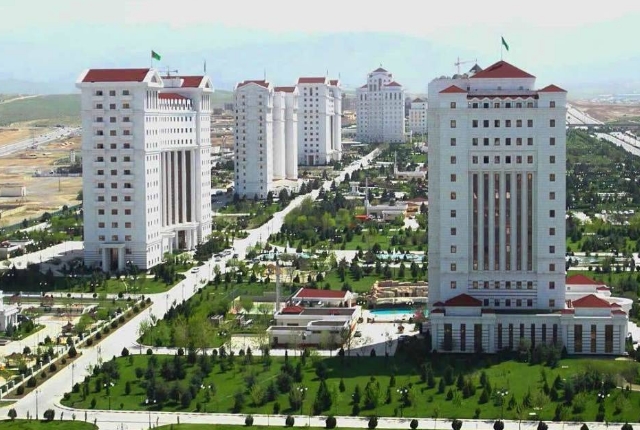