We most often associate the word ‘Mystery’ with the unknown, the bewildering and the bizarre. When we are not able to understand the facts and the logics behind the natural happenings, we find them aliens to our understandings, and named them ‘mysterious places’. They look and feel strange, other-worldly and preternatural and we look at them in wonder as they disregard our logics.

There are lot of mysterious places in the world but Asia remains a home of mysteries to some travelers. You can find plenty of unexpected and unheralded delights all across this enchanting continent. As it is believed by many, some things are better left unsaid. Similarly, some places are better left untouched by scientific explanations. These beautiful and other-worldly places attracts lot of tourists from all over the world. Tourists come there to try to understand the facts and to enjoy the unearthly things on the Earth.

So, The List Of Mysterious Places Are Listed Down Here For Those People Who Are Curious To Know The Facts And Logics Behind These Places:

The Chocolate Hills are a famous tourist attraction of Bohol. The Chocolate Hills are a group of unusually shaped hills located in the middle of the island of Bohol in Philippines. This extraordinary landscape is unique to this small island. There are at least 1,260 hills spread over an area of more than 50 square kilometers. The country declared it as the third geographical monument of the country.

At the end of the dry season, the color of grass change into chocolate brown color. 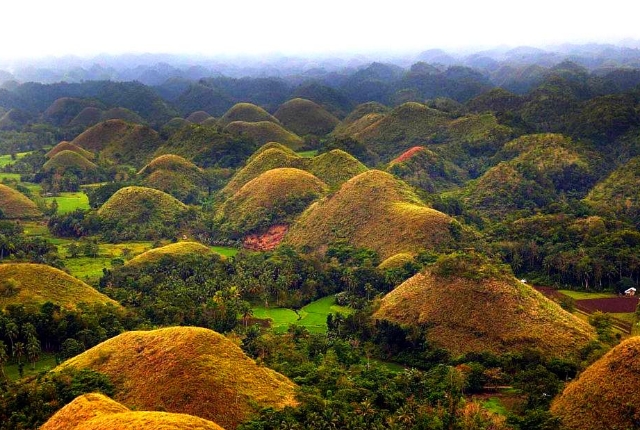 2. The Ghost City Of Fengdu, China

Fengdu Ghost City is a city of shrines, temples and monasteries. It is situated on the northern bank of Yangtze River. It was built 1900 years ago, modelled after the Taoist version of Hell.

Many people believe that the spirits of the dead do walk amongst the living here.

It’s worth seeing just for the creepy unfinished hotel in the shape of a human that overlooks the city. The people of city focuses on the afterlife and follow the combine beliefs of Confucianism, Taoism, and Buddhism. In recent years, Fengdu Ghost city has become one of the most popular destination of the world. 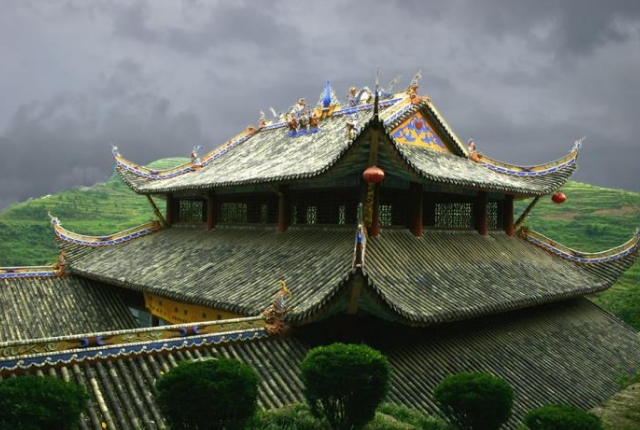 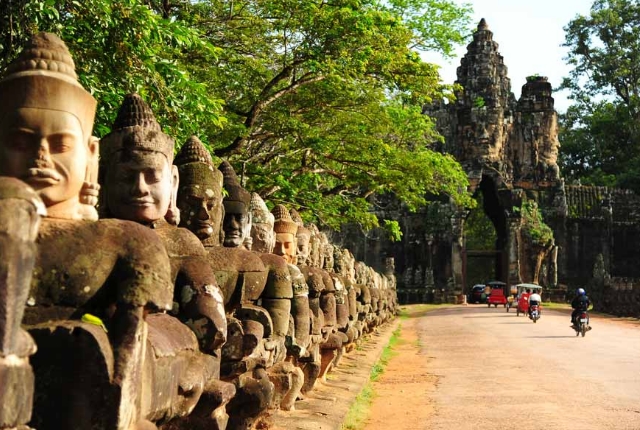 Never perhaps you heard this type of name of tourist destination, but the name of this place describes it clearly. Derweze is a village in Turkmenistan of about 350 inhabitants, located in the middle of the Karakum Desert.

Many locals believe that this place is the gateway to the underworld.

This area is very rich in natural gas. To avoid the discharge of the poisonous gas, it was decided the best solution is to burn it off. The geologists hoped that the fire used all the gas with in a number of days but the gas is still burning today. It is still the mystery among geologists and travelers.

The Magnetic Hill, located at an altitude of 11,000 feet above sea level is one of the most unusual places to visit in India. These hills are also very famous for their mere beauty. The hills defies the law of gravity.

It is believed that the magnetic hill pulled your car towards itself that means if you turned off your engine even then your car climbs up a hill at a speed of 20km/hr.

But there is one more theory behind it that is based on the phenomenon of optical illusion which said that the mountains, hills and roads are placed in such a way that it appears as if the area is an uphill terrain but actually, it is slightly downhill. Hence, when a car is left out of gear, it looks as if it is rolling uphill. Whatever the theory behind it, this place is talked about among travelers. 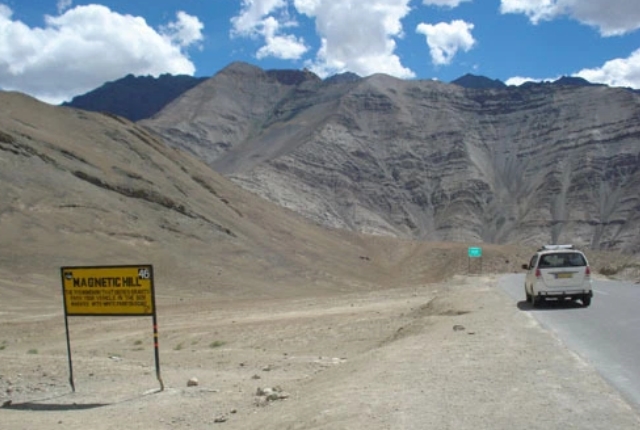