Asia, the home of beautiful places and wonders attracts lots of tourists from every corner of the world. Asian countries are famous for their history and diversity in cultures and traditions. Many countries in Asia like India, China and Japan which are famous for their historical monuments and cultures. Therefore, these countries attracts lots of tourists per year. Tourists visit these places to know the history and to see the architecture of these beautiful monuments. Every place has its own different story. Because of that many channels visit these places to make documentaries on these places. There are lot of people who are curious to know about each and every thing about these historical places.

For Those History Enthusiast People, Some Places Are Listed Down Here:

Bagan is the ancient city located in the central region of Myanmar. There are number of spiritual, historical places and also lot of Burmese temples, which are world famous.

These places are famous for their magnificent architecture and the architecture of these temples prove the achievement of Myanmar craftsman in handicrafts.

The design of these temple is mainly based on stupa style. Lots of temples and monuments combine to form one of the richest archaeological sites in Asia.Bagan Archaeological zone is one of the best thing to spend time in Bagan.Bagan is one of the most visited Buddhist pilgrimage in the world. 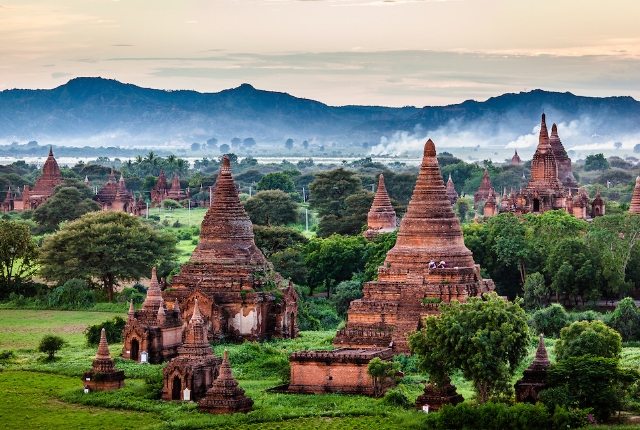 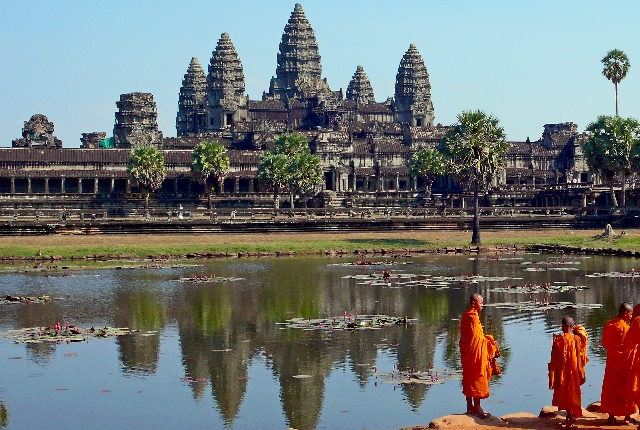 Taj Mahal, one of the Seven Wonders of the World, is located in the Uttar Pradesh state of a historical country, India. Taj Mahal is well known for its history and traditional and beautiful architecture.

It illustrates the love story of Shah Jahan and Mumtaz.

It is considered as the best example of Mughal Architecture and a symbol of India’s rich history. In 1983, Taj Mahal designated as UNESCO world heritage site. The interior of the Taj Mahal is nicely decorated by the traditional decorative items. The structure was built by using white marble. It is the jewel of the Muslim community in India. Because of its unique architecture and history, Taj Mahal attracts a large number of tourists per year. 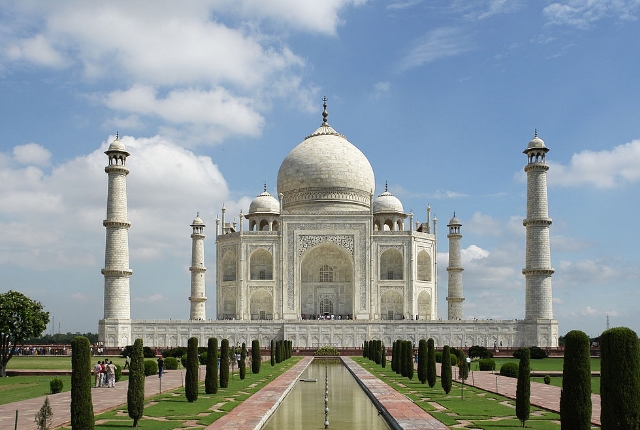 Great Wall of China, the longest wall in the world, has a long history. It was built in different areas by different dynasties to protect different territorial borders and to prevent silk route.

Whatever is the history of this great wall, but today it is one of the greatest sight in the world which attracts most of the tourists per year.

The great wall is more than 2300 years old and has length around 22000 Km.In 1987, UNESCO declared it as the World Heritage Site. It is the world’s biggest ancient architecture. 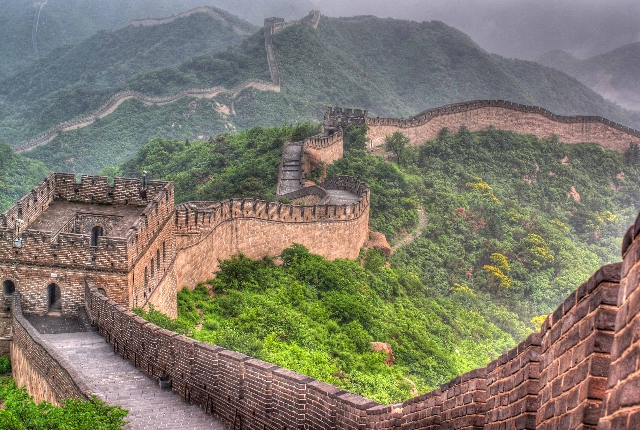 Hue is former capital of Nguyen Dynasty and the capital of the country during 19th century. Hue is one of the most powerful and beautiful country in the Southeast Asia. Hue is the most royal city of the Vietnam. A major attraction of tourists in Hue is CITADEL, which is surrounded by a moat and a thick walls. Hue is well known for its historical monuments and monasteries.

It is located near the banks of Perfume River which gives the perfect view to the Hue which can attract the tourists.

Tourism sector is also important for country to do socioeconomic development of the city, therefore government provide all the facilities to the tourists and also provide safety to the visitors. 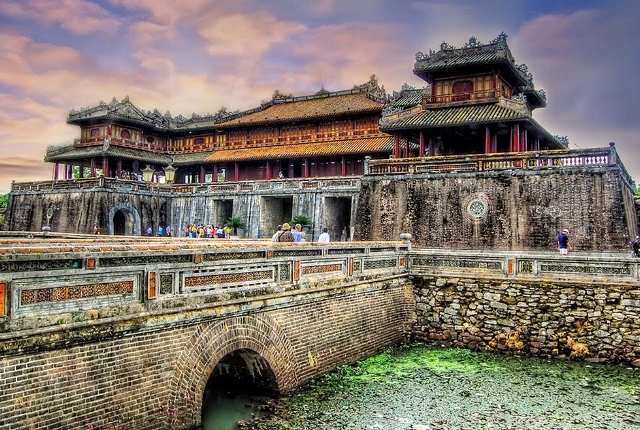 Borobudur is a Mahayana Buddhist Temple located in Indonesia. The Temple is decorated with 504 statues of Buddha. Temple is famous because of its ancient architecture. It is the largest temple of Buddhists in the world.

The architecture of the temple is in Stupa style and the temple also demonstrates the influence of Gupta arts that reflects India’s influence on the region.

Besides this, there is an ancient lake, existence of this lake is also a topic of discussion among the people. International tourist’s awards were given to the Borobudur National Park and also the temple was recorded in the Guinness book of world records as the world’s largest archaeological site of Buddhism. 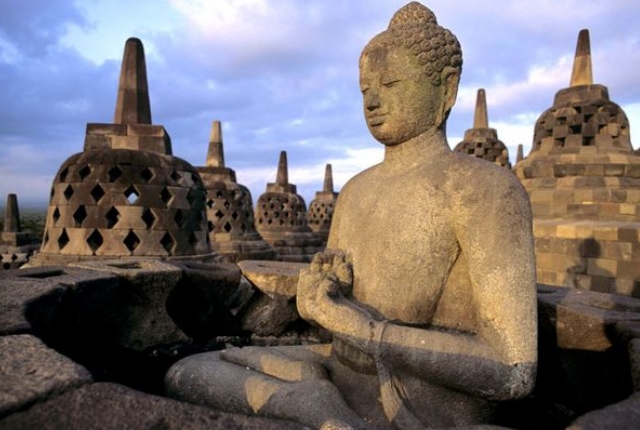 Ayutthaya was a Siamese kingdom that existed from 1351 to 1767.Ayutthaya was located on an island surrounded by three rivers connecting the city to the sea. It is the magical historical area of Thailand.

In city, there are series of monasteries and Hindu temples but the architecture easily reflects the influence of Buddhism in the region.

UNESCO declared it as the world heritage site of the world because of its architecture, history and for its ancient monuments. It is one of the peaceful place in the world. 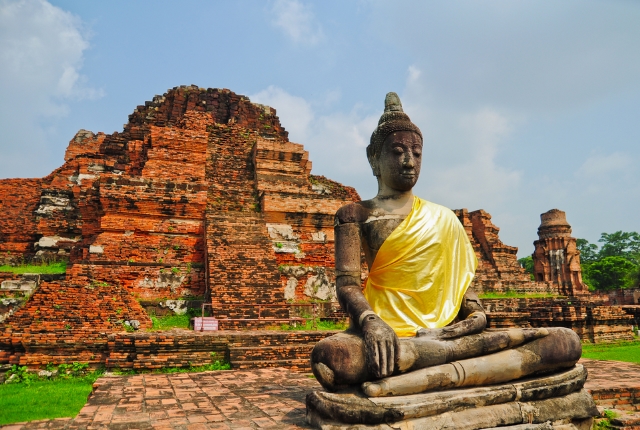 It is more than 1000 years old temple, which is a worship place of Buddhism, situated on a hillside and offers beautiful views over the surrounding land and the river.

Visitors appreciates the art and history belong to the temple and impressed by magnificent workmanship in this ruined Khmer Hindu temple in the form of pillar, terrace, walls, doorways and libraries. There is a natural spring that is believed by locals to emit holy water. IN 2002, UNESCO declared it as the world heritage site due to its ancient architecture and impressive history. 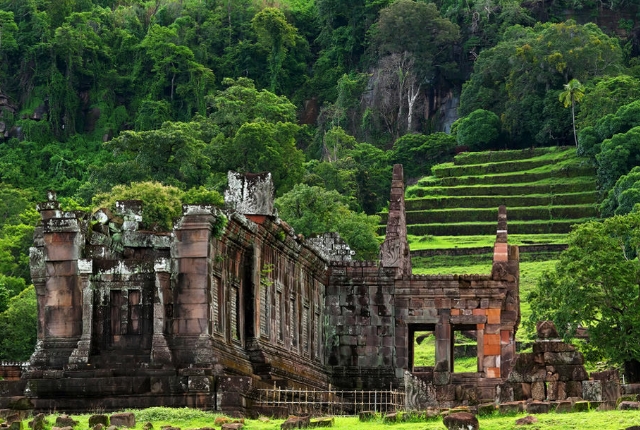