Marseilles, the beautiful port city in southern France is rich in history. This little known jewel of the Mediterranean coastline is brimming with top notch attractions. Marseilles is full of sun drenched cobblestone lanes and impressive churches. The striking Old Port is a favorite among locals and tourists alike. This city also has a dynamic night life and a flourishing art scene. To discover some of the wonderful things to do in the beautiful city of Marseilles, read on.

Here Are 8 Wonderful Things To Do In Marseille:

Notre Dame de La Garde or Our Lady of the Guard is one of the much loved symbols of Marseilles. This stunning church is referred to as, ‘La Bonne Mere’ by the locals. This grand, 19th century, Roman Byzantine Basilica has a magnificent setting atop La Garde – the highest hill in the city of Marseilles.

Notre Dame de La Garde was designed by Jacques Henri Esperandieu under the orders of the then Bishop of Marseilles, St. Charles Eugene de Mazenod.

The opulent interiors of this church are adorned with beautiful mosaics, impressive murals and stunning inlaid marble. Visitors should also spend some time gazing at the impressive bell tower which is crowned by a massive thirty foot statue of Virgin Mary. 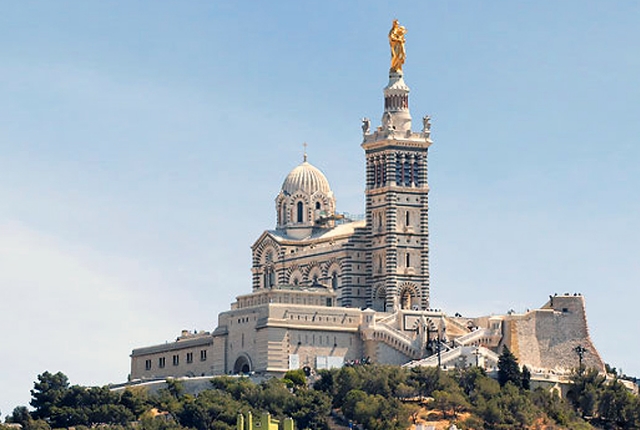 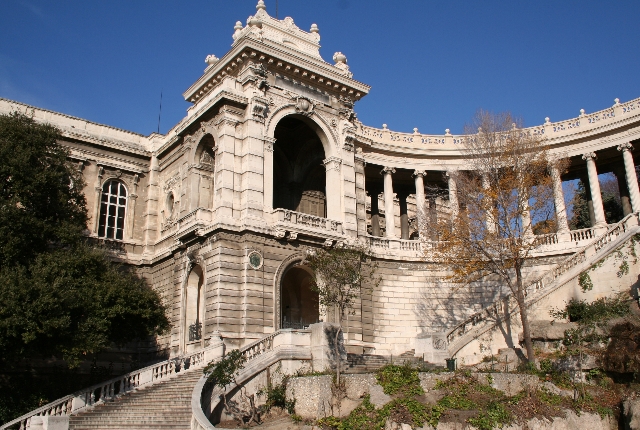 Marseille History Museum which encompasses an area of 15, 500 square meters has the unique distinction of being one the largest museums dedicated to history in Europe. The Marseille History Museum was inaugurated in 1983. Today, the recently renovated museum showcases the history of this city through its maritime connection. Nearly, 2600 years of history is depicted through 13 chronological sequences which extend from from prehistoric times to the present day. The presence of multimedia devices which are strategically placed throughout the museum helps visitors to understand the exhibits better. 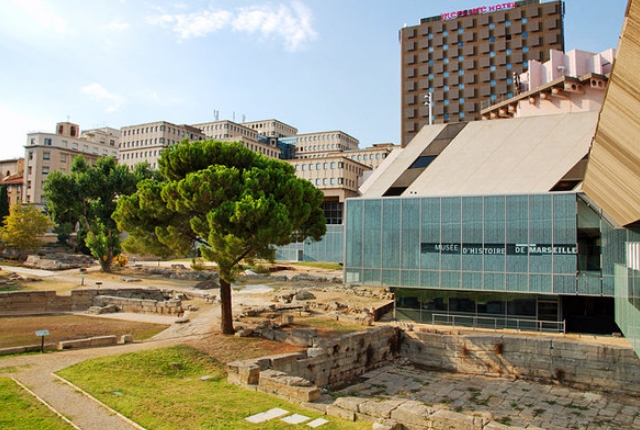 4. Travel Around The Abbey Of St. Victor

The Abbey of St. Victor, with more than a 1000 years of history, is one of the most visited ancient sites of Marseilles. This remarkable edifice is located to the south of Vieux Port. This 11th century abbey is dedicated to St. Victor, a Roman soldier who became a highly revered Christian martyr. Some of the top attractions of the abbey include the massive crypt which houses the Black Virgin, a series of early Christian tombs as well as the spooky catacombs. 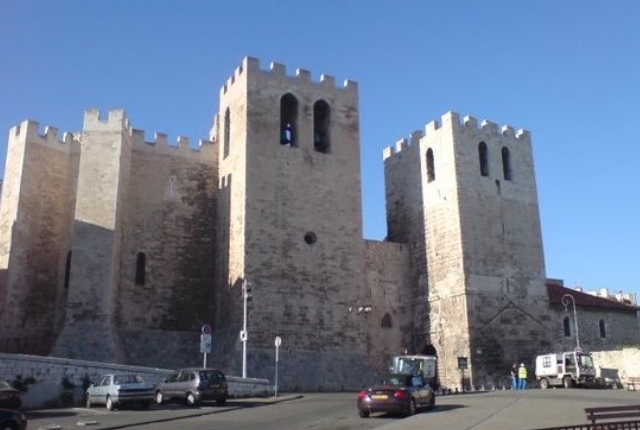 This massive public park has been listed as one of the Notable Gardens of France by the Ministry of Culture. The lush Parc Borely which is one the ‘Green Lungs’ of the city of Marseilles is spread over an area of nearly 42 acres. The Parc Borely actually comprises of a grand mansion, a geometrical French garden and a landscaped park (all of which were constructed during the 19th century). The Parc Borely with its extensive green cover is a veritable haven for ornithologists. Tourists can enjoy a peaceful boat ride on the placid lake. The park also has a playground and a carousel for small children. 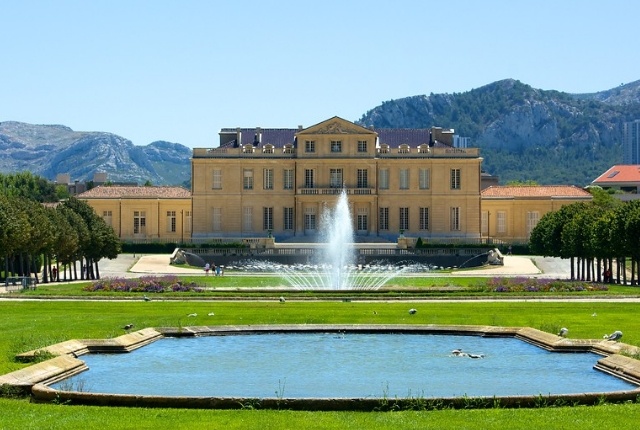 Parc National Des Calanques which encompasses an area of nearly 20 square kilometers is famed for its rocky promontories and its sparkling, azure blue waters. The Parc National Des Calanques is also home to several beautiful beaches. A visit to this national park is a chance for nature lovers to discover a variety of endemic flora and fauna. The park also has several pre-historic ruins. Kayaking in the calanques, or the steep walled inlets, is one of the popular adventure activities that tourists can enjoy in this region. 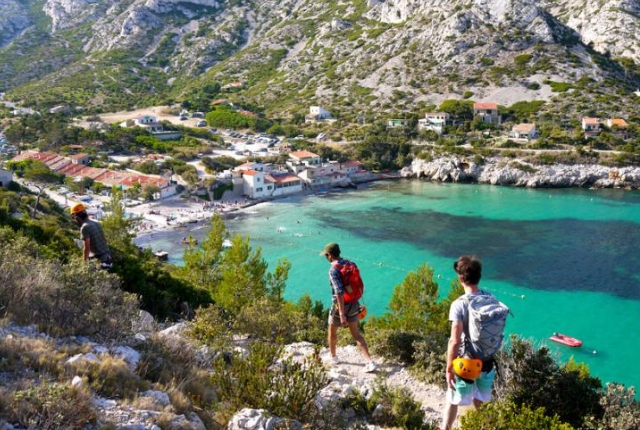 Old Port or the Marseille Vieux Port has been the pulsating heart of Marseilles for over 2000 years. The old port has been the natural harbor of this city, right from  from the time the Greeks landed here in 600 BC. At the height of its glory in the mid 18th century over a 1000 boats docked at the Old Port at any given time. Today, the Old Port which has been converted into a bustling marina has three and a half thousand berths for traditional fishing vessels and yachts. Enjoying the spectacular views of Phare de Saint Marie and touring the Quai des Belges Fish Market are some of the top tourist attractions of Old Port. 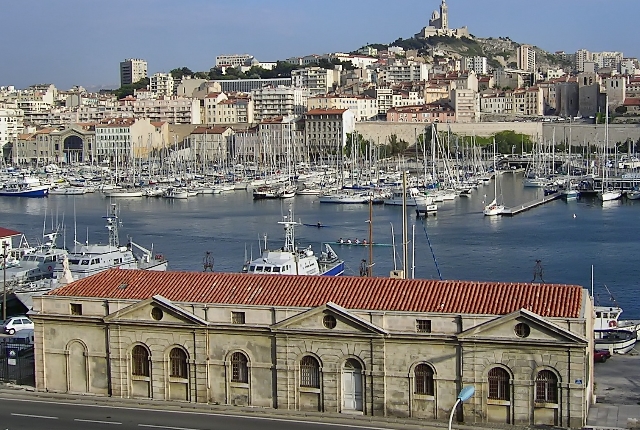 The oldest part of the town, Le Pannier with its narrow lanes and quirky buildings also happens to be the most charming district in Marseille. The streets of Pannier are bustling with life and bursting with color. This charming town which was founded over 2600 years back situated to the north of the Old Port. The awesome district is full of hidden squares, cozy cafes and artisan shops. 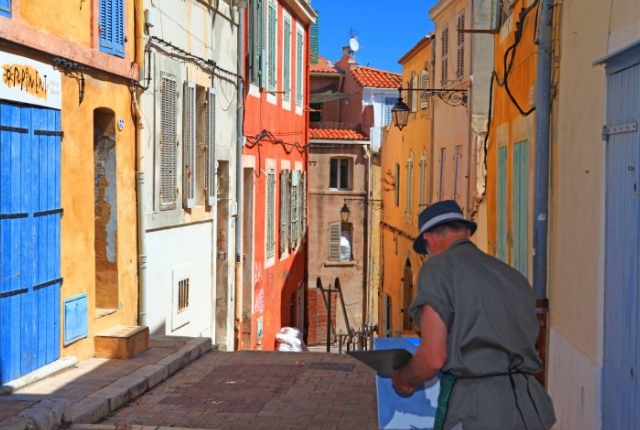