With an area of only 110 acres and population less than one thousand the state of Vatican or Vatican City is the smallest country in the world. This walled city within Rome of Italy is headed by Pope of Catholic world and therefore a place regularly visited by thousands of pilgrims as well as history loving tourists. Before this city came into being the area was here by the name of Vatican in Rome. It was a swampy type of land with a few villas scattered here and there. The place had seen historic events of great fire of Rome. After fall of Roman empire as the popularity of Christianity grew the city slowly developed in the early 4th century AD. Now a tourist can witness relics related to that ancient time as well as other cultural and religious landmarks.

Here Are 5 Must See Attractions In Vatican City For Tourists:

The central and pivotal point of Vatican City. This oval area of 372 meters has the capacity to hold large crowd during festival and ceremony like Easter, address by Pope. If a tourist comes here the first thing that catches the eye is the amazing St. Peters Basilica. Then one by one the great Egyptian Obelisk at the center of the square, fountain , statues of saints come into the view. Before entering or coming close to any single relic a tourist must pause in the square and try to get a picture of  grandeur of the whole place. 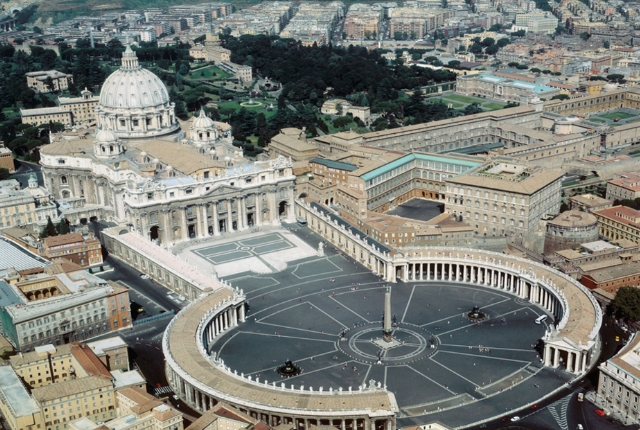 The greatest church in the world is said to be built in the  place where St.Peter was buried. The old basilica was built in 4th century. The present structure was built in that place. It was erected and completed in between 16th to 18th century. The basilica simply looks amazing from outside. As you move closer and enter inside one by one world famous artworks like sculptures etc by renowned artists like Bernini, Giotto, Michelangelo will come into view. St. Peter’s Basilica is place where history, religion and art meet. Just enjoy and revel in amazement. 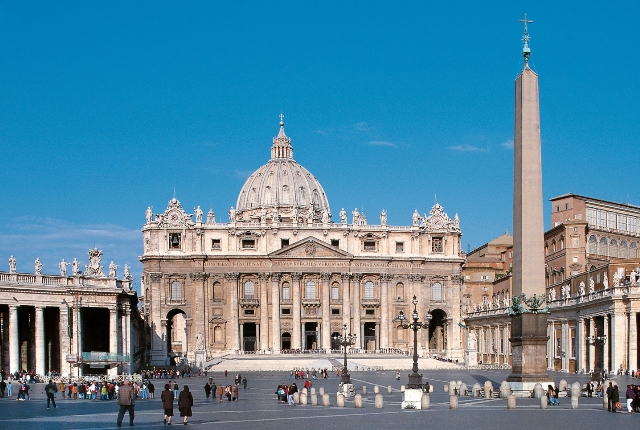 One of the largest obelisks in the world from ancient time catches eye when a tourist steps on St. Peter’s square. There was a circus in this place during Roman rule. To decorate the place Roman emperor Caligula brought this imposing and heavy thing from Heliopolis Egypt. At last it was placed in this very place in late 16th century. This obelisk is the Roman relic in Vatican and it has a height of 25.5 meter. Modern engineers still revel at the thought that Romans managed to bring the obelisk here all the way from Egypt when there was  very little technology existed to accomplish this. 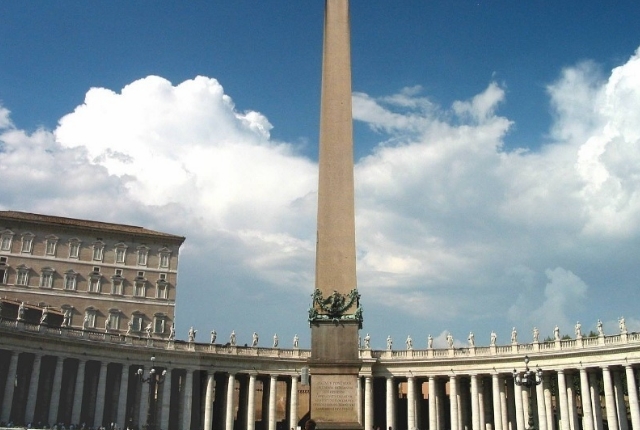 Several Popes of Vatican City were patrons of art and culture. There are some museums as well as art galleries which were set up or commissioned by different Popes of Vatican. Of all art galleries and museums this Vatican Museum is perhaps the best because it has some amazing collection of art works and objects from ancient world. There are art objects like statues or sculptures, sarcophagus or coffins, mosaic floor, ancient masks etc which can make your jaw dropped in amazement. 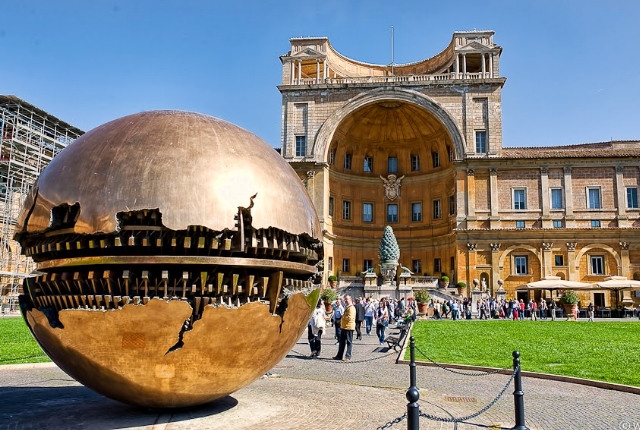 An amazing library that can be called one of the  largest in the world. Established in the mid 15th century this library has enormous collection of ancient scrolls, manuscripts, hand written books, early published books. The place is really a treasure of rare books. The wall and roof of the long hall of the library are also decorated with fine artworks. Apart from books and parchments or scrolls the library has collection of coins and medals too. 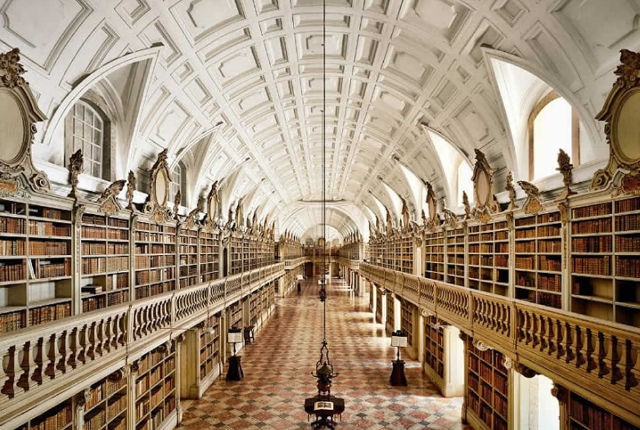