Travel back in time by visiting the stunning Czech Republic. Czech Republic, with its fairytale architecture, brilliant classical music and wide open spaces has caught the imagination of the intrepid traveller. This country is a living gallery of sumptuous palaces, grand churches, and beautiful monasteries. It is also a country of contrasts. While the echoes of the past resound loud and clear throughout this country the pulsating milieu of modernity has carved its definitive niche here, as well. There is a tremendous amount of things to do and places to see in this wonderful land. To get an insight into the awesome things you can do in Czech Republic, read on.

Here are 10 Wonderful Things to Do In Czech Republic

Prague also called ‘City of a Hundred Spires’ rivals Paris in its extraordinary beauty. The capital city of the Czech Republic, Prague, is a paradise of hidden courtyards, cobbled lanes and exquisite tourist sites. This historic city is also home to the massive 9th century castle complex, the Prague Castle.

Prague Castle which holds the unique distinction of being the largest ancient castle in the world covers an area of over 7 hectares.

The massive Prague castle which is currently the official residence of the Czech President represents nearly every major architectural style of the last millennia. Numerous invaluable artifacts, historic documents and even the priceless crown jewels are stored in this massive fortification. 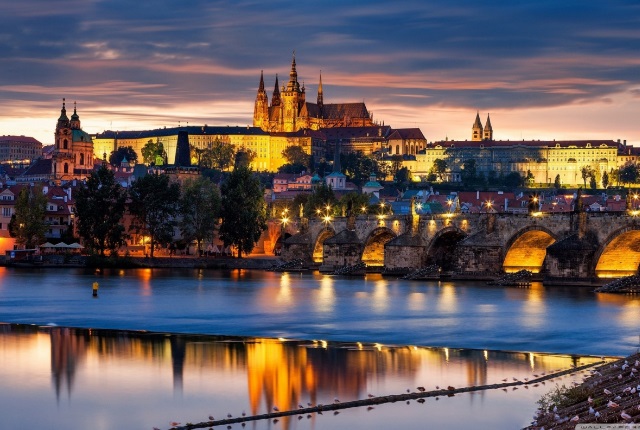 2. Gaze At the Impressive Baroque Statues That Line the Charles Bridge

At the very heart of the Czech Republic lies the stunning Charles Bridge which rises majestically over the dark waters of the Vltava River. A procession of 30 exquisite Baroque statues of religious figures, flank the sides of this medieval bridge.

The medieval Charles Bridge which replaced the original 12th century Judith Bridge was constructed by the famous architect Peter Parler, on the orders of King Charles IV.

Charles Bridge is literally taken over by artists and musicians during the day. If you want to experience the true romance of this stunning architectural marvel, stroll across the bridge after sun down. 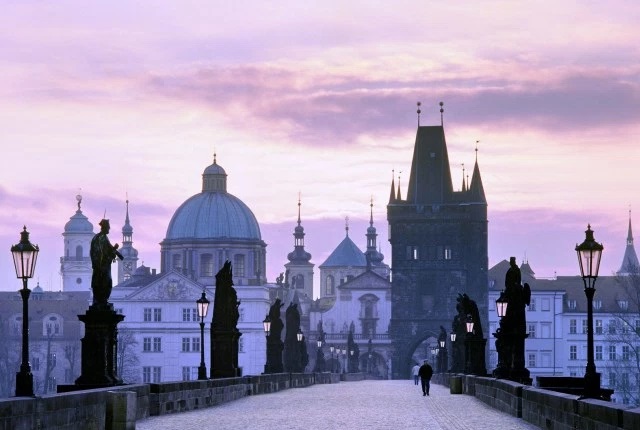 3. Take In The Sights Of Kutna Hora

The ancient silver mining town of Kutna Hora was founded in the 13th century. One of the most historically significant towns of the Czech Republic, Kutna Hora, has been designated as a UNESCO world heritage site. This town, which has retained much of its medieval character, is located just over an hour’s drive from the capital city of Prague.

Some important sites of tourist interest in Kutna Hora include the Gothic Stone Fountain, Czech Museum of Silver, Cathedral of St. Barbara and the Cemetery (to name a few sites). 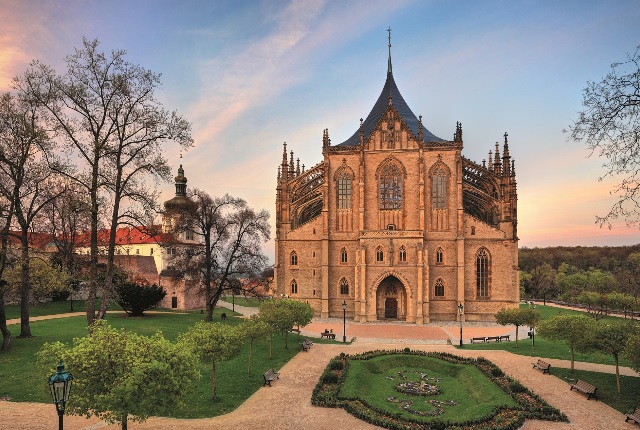 4. Enjoy The Curative Thermal Waters Of The Hot Springs At Karlovy Vary

The west Bohemia spa town of Karlovy Vary is named after the Holy Roman emperor, King Charles IV. Karlovy Vary enjoys the unique distinction of having the largest number of curative hot springs in the whole world. At the very heart of this spa town is located the biggest, warmest and mineral rich spring ‘The Hot Spring’. ‘The Hot Spring’ is covered by a modern glass and reinforced concrete structure. 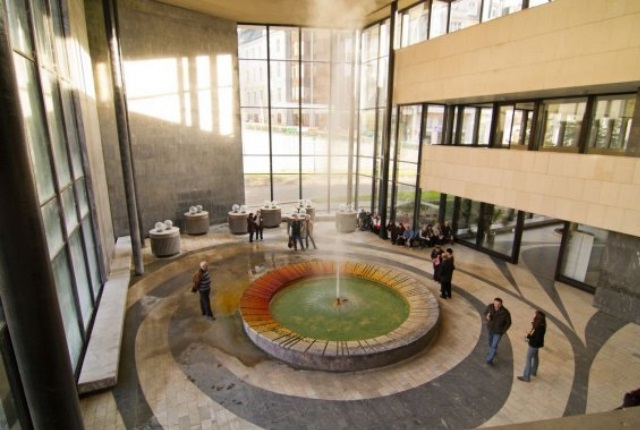 5. Marvel At The Natural Beauty Of Bohemian Paradise

The fairy tale like Bohemian Paradise is a protected landscape located in North Bohemia.

One of the first nature reserves in the Czech Republic, the stunningly beautiful Bohemian Paradise has attracted scores of writers, artists and painters from across the world.

This 180 sq km nature reserve is located just 100 kms North East of the capital city of Prague. This gorgeous geo reserve enchants tourists with its rich natural beauty, its lordly castles and its brooding chateaus. Visitors to the Bohemian Paradise can also hike or cycle along the numerous well laid out trails which snake their way around the base of the massive sandstone rocks. 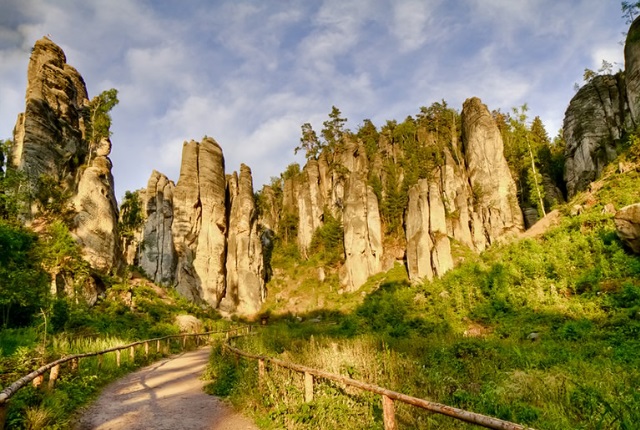 6. Delve Deep Into The Moravian Karst

Moravian Karst a protected nature reserve is located in the Eastern part of the Czech Republic just north of Brno. This nature reserve is home to a network of 1100 caverns and gorges. However, only four of these cave systems are open to the general public.

Steeped in terrifying legends and myths the 138 deep Macocha Abyss is the most famous tourist attraction is the beautiful karst area.

The best way to peer into the inky black darkness of the abyss is aboard a cruise ship which plies the underground river of the Punkva cave system. 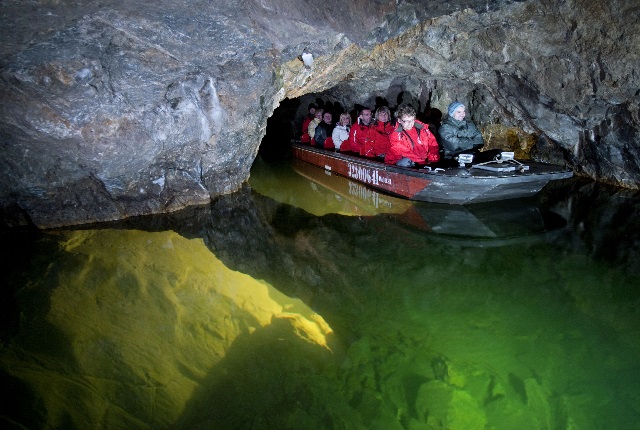 7. Examine Ancient Tomes At The Magnificent Libraries At Clementinum And Strahov Monastery

The grand Baroque Library Hall at Prague’s Clementinum is adorned with beautiful frescoes and has numerous historically valuable globes.

This library which was part of the Jesuit University was opened in 1722.

One of the grandest libraries in the world, the Clementinum library houses a whopping 20,000 precious books. The massive Strahov monastery was founded in 1143 by Bishop John of Prague. The beautiful library at Strahov Monastery played a pivotal role in Czech history. This library has nearly two lakh priceless prints, most of which date back to the period between the 16th and 18th century. 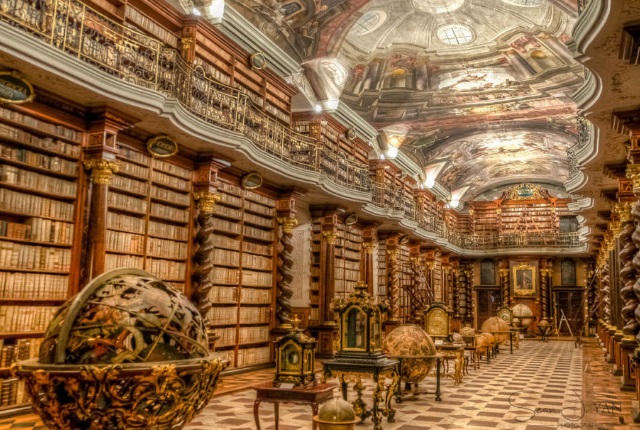 8. Spend Some Quiet Time At The Cathedral Of St. Peter And Paul

The massive cathedral of Saints Peter and Paul, one of the most important showplaces in Czech Republic, is perched atop the Petrov hill in the city of Brno. The architecture of the exterior of this building is in the distinctive Gothic style. The interior however is decorated in the Baroque style. To get a bird’s eye view of the city, tourists are encouraged to climb to the top of either of the two, 84 meters high Petrov Towers. 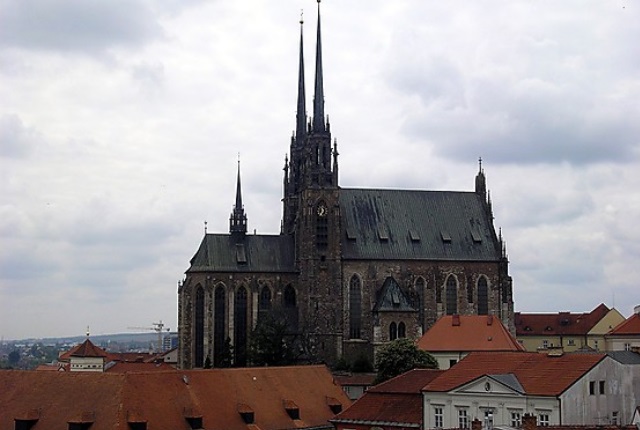 9. Enjoy A Classical Concert At The State Opera

The State Opera with its illustrious history is one of the most important music scenes in Europe. The grand opera house was built in 1888. The State Opera was originally known as the German Theater. This magical neo-Renaissance building is the glorious venue for operas, ballets and classic concerts throughout the year. 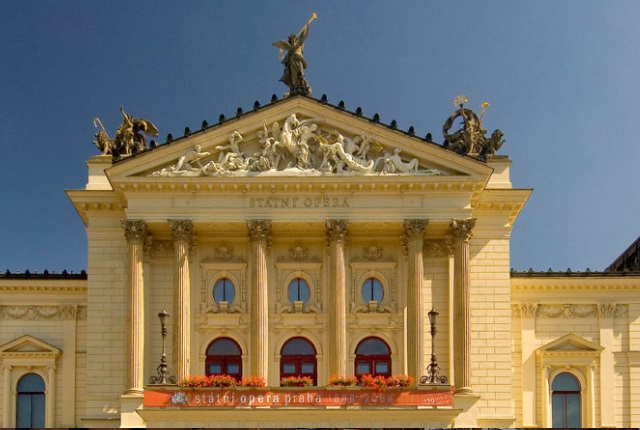 The Prague zoo, one of the most beautiful zoo’s in the whole world is the best place to keep your kids engaged for the whole day. This zoo was opened to the general public in 1931. The pleasant green environs of the Prague zoo is the best place to see exotic animals like elephants, zebras, lions, tigers and giraffes. The best way to get around this massive zoo is aboard the viewing train. The zoo also has several fun play areas for smaller kids and even a petting zoo. 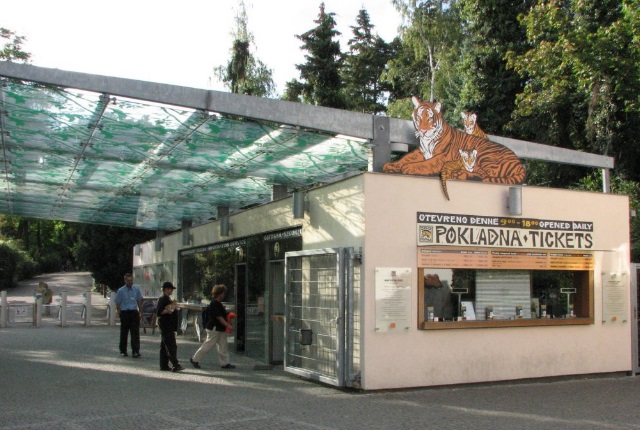