Greenland, which is known as the Scandinavian country is an autonomous nation situated in the Kingdom of Denmark. It is almost the last part of the world and 80% of the land area is covered with ice almost throughout the year and the population of the country lives along the rest of the 20% of its land area which is ice free. This country is famous for its summer midnight sun. The population of Greenland is less than a lakh which is around 60-70,000 and it is also the largest island in the world and one of the most frequently visited spot in the world. This island country is surrounded by icebergs and glaciers making the island one of the most beautiful parts of the world. So plan your next holiday destination to this amazing place.

Here Are Some Tips About Some Ideal Places You Must Visit During Your Greenland Tour:

This place is the most visited places of Greenland and is recognized as the UNESCO World Heritage Site since 2004 and this place is famous for the beautiful site where one can see the natural view of the icebergs breaking off from the glacier and is beautifully floating on the coastal water.

This is the place where you could see the beautiful scene of the formation of an iceberg if you are lucky enough to visit this place at the right time.

The famous glacier of Greenland Sermeq Kujalleq which is one of the thickest and widest glaciers of Greenland feeds into the bay slowly and smoothly and this view is amazing to watch. 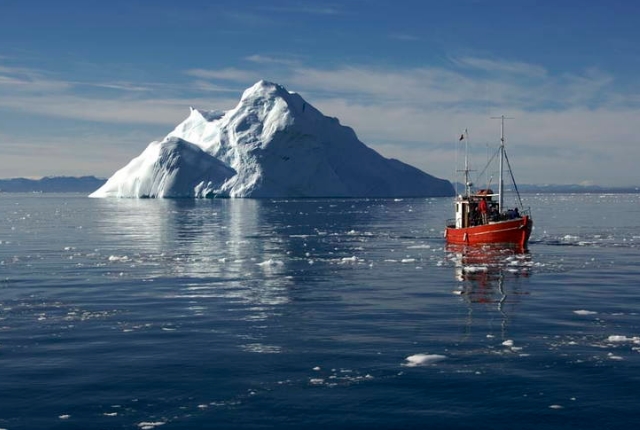 The view of that giant aquatic creature is a marvelous attraction of Greenland which is a treat to your eyes to watch the diving of those whales over the ocean. This is a lifetime experience to watch and confronting the whales so closely and the ideal time of getting a chance to see those whales is during the month of May-July as at this time the fjords melt at this time increasing your chance to watch the whales while cruising over the ocean. The whales watching tour usually depart from Qeqertarsuaq and Nuuk, tourists get a chance to see humpback, fin whales and minke whales and if they are lucky enough, they could also get a chance to see blue whale and killer whale which is a lifetime experience. But make sure you have enough patience to wait for the creatures to arrive. 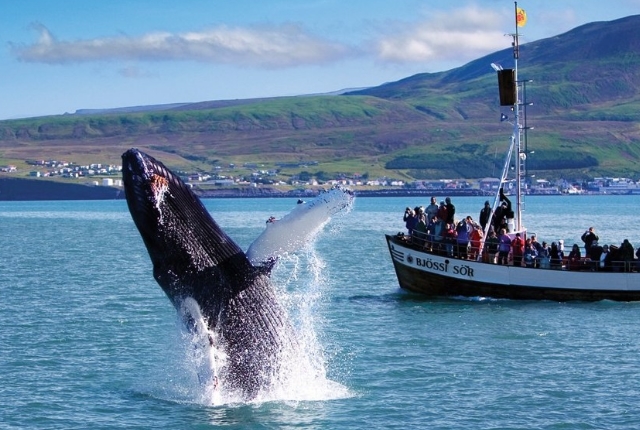 Hot springs are a very common feature of Greenland as it is found in many parts of the island, but the hot spring of the uninhabited island called Unnartoq is of perfect temperature and the water here is suitable for bathing.

Here altogether three hot springs are merged into a small pool where the tourists enjoy taking a hot bath and getting relaxed in the chilling cold of Greenland.

You can also go for a small boat ride along the pool the boats which depart from the town of Illulissat. There are more than thousand hot springs in Greenland and apart from Unnartoq many hot springs are present in the Disko Island which is also a place of tourist attraction. 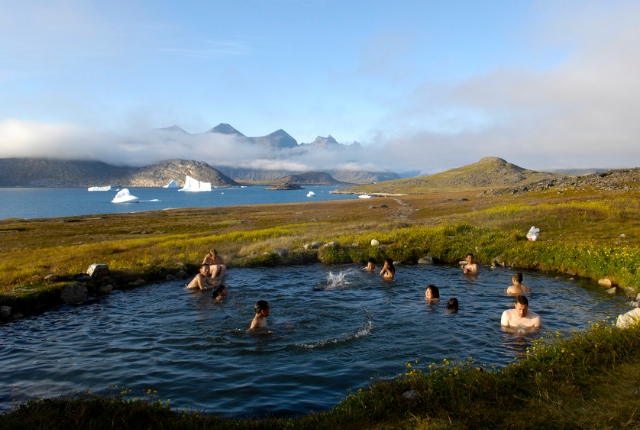 This amazing natural view of northern lights which is also known as Aurora Borealis and it is one of the greatest and biggest light shows of the world and one should never miss the chance of watching this natural light show and if you desperately wants to visit Greenland to watch this amazing view then you must plan your visit during the winter season as during the winter season the chance of watching the northern lights gets increased and it is more clearer. The aurora borealis is visible from the towns called Qaqortoq, Ittoqqortoormiit and Kangerlussuaq of Greenland as these palces gives you the best view of the famous northern lights. 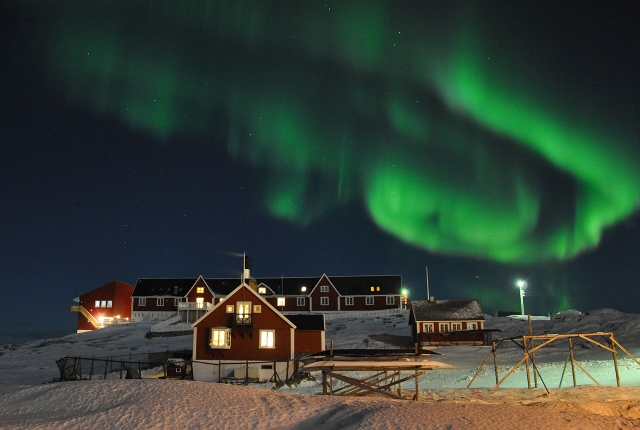 The city of Nuuk which is also the capital of Greenland and the population of this place is around 16,000 and a place of tourist attraction, the most visible spot of this place is the Greenland National Museum for its awesome collection of hunting kits, kayaks, Viking and carvings and also regular exhibitions takes place in this museum and the most popular tourist attraction is the 500 year old mummified figurines of women and children which are highly well preserved in this place which makes this place worth watching. 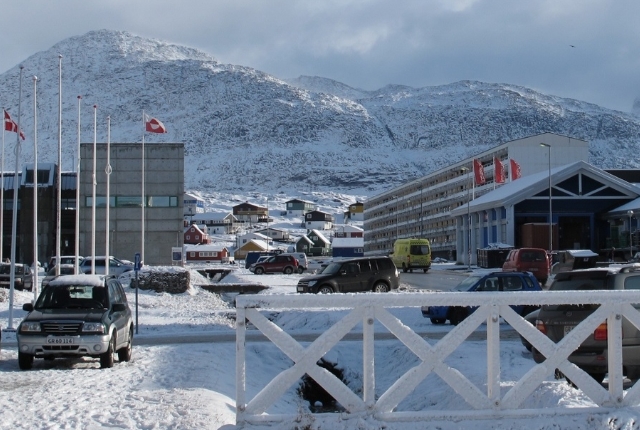 6. The Ruins Of Vikings

This is one of the most popular tourist destinations of Greenland famous for its historical importance as one could find the thousand years old remnants of Eric the Red’s old colonies making this place a must visit.

It is believed that during the peak time the population of around 5,000 Norsemen lived all over the Greenland but the cause for the decrease of their population is still a mystery to be unfolded.

A journey through this place takes us back to the age old history of those hunter gatherer tribes. The Viking ruins are found in the region of Hvalsey Fjord Church and Brattahlid near Qassiarsuk. 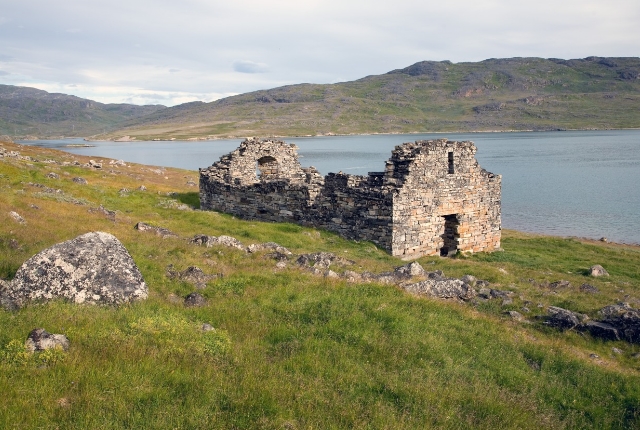 7. The Eskimo Settlement Of Greenland

This region is located just two to three kilometres away from the town of Ilulissat and here you will find one of the rarest tribes called the Eskimos. The settlement of Eskimo began around 20th century ,though the main ancient village of the Eskimo is missing from here but still you will be able to find the artifacts used by the Eskimo tribe who lived here around 2000 years ago, you can reach this place by walking from Illulissat to reach the southern shore of the fjord. 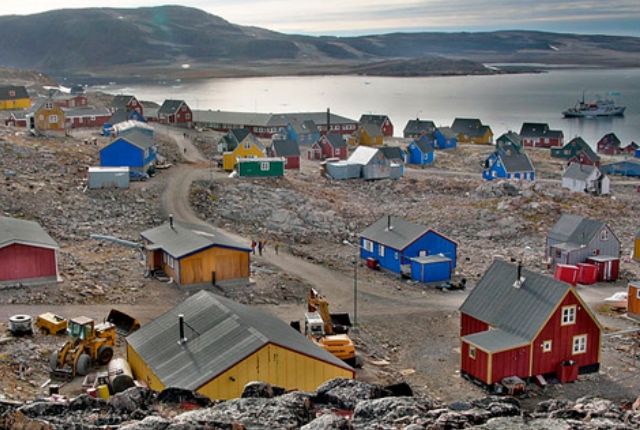 This is a favourit of many tourists around Greenland and no doubt exploring wildlife through it is an amazing experience and to feel the perfect serene beauty of Greenland nothing is better than sledding and animals like polar bears, Reindeers and white tailed eagles are a great attraction for the tourists. Sledding through the ice caps of Greenland is an awesome experience to explore the island. Popular sledding centres are Disko Bay, Qaanaaq and Thule. 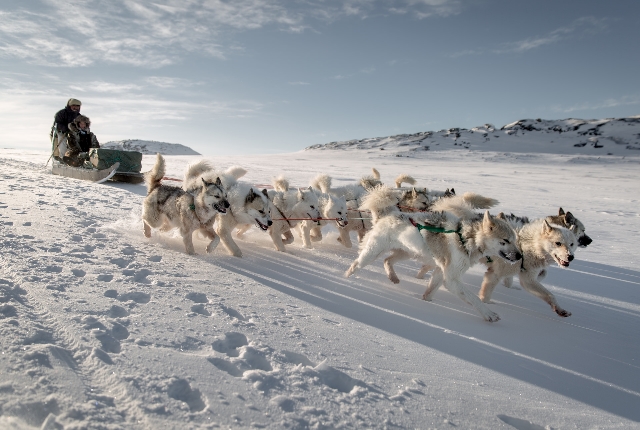 In Tassilaq there are 2,000 people inhabits in the Island and it is situated on the island of Ammassalik which is around 100 kilometres from the southern side of the Arctic Circle famous for its fjord beauty and the flower valley which is just behind the town making it more beautiful for short trip many activities like hiking, climbing and helicopter rides are also very popular here. 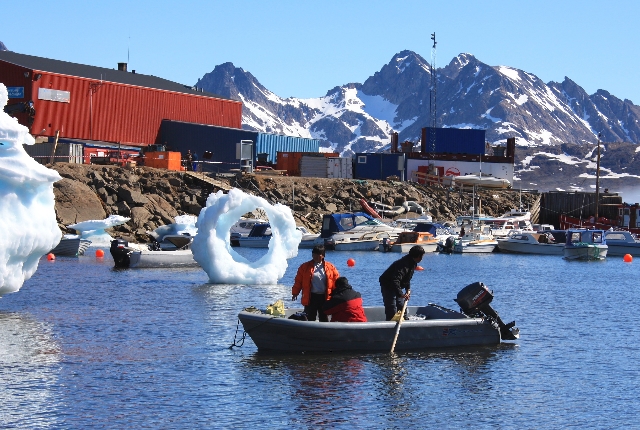 In the year 1910 a Dnish explorer Knud Rasmussen and his friendPeter Freuchen founded a trade post in the further northwest point of Greenland and name it Island of Thule, and Rasmussen himself took many voyages from this place making it more famous and popular tourist attraction. People goes there to see one of the ancient trading port of Greenland. 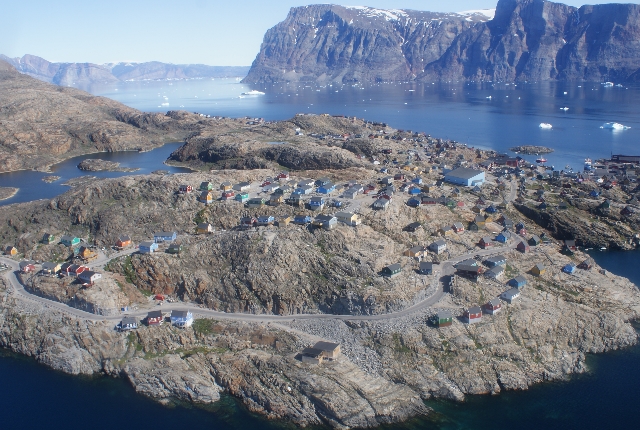