Seoul – the capital of South Korea is an amazing city that has a lot to offer to its visitors. Alongside the plethora of tourist spots to see, the city has some magnificent eating joints that offer some lip-smacking local cuisine, popular attractions full of natural beauty and some unforgettable shopping areas. If you’re a first timer to the wonderful city of Seoul, you’re up for one-of-a-kind adventure that would easily stay in your mind for the rest of your life. Ready for the thrill, but not sure from where to begin? We’re here to guide you. Just follow our guide to the most popular tourist attractions in Seoul.

Gyeongbokgung Palace or Gyeongbok Palace located in northern Seoul was built in 1395 and was the main palace of the Joseon Dynasty. The Gyeongbokgung Palace was the largest of the five palaces built by the Joseon dynasty and was used as the home of the kings, the King’s households and for the government of the Joseon. The Palace was destroyed by the Japanese in the early 20th century and has been gradually re-constructed into its original form since then. Today, the palace is considered as the grandest and most beautiful of all Five Grand Palaces. 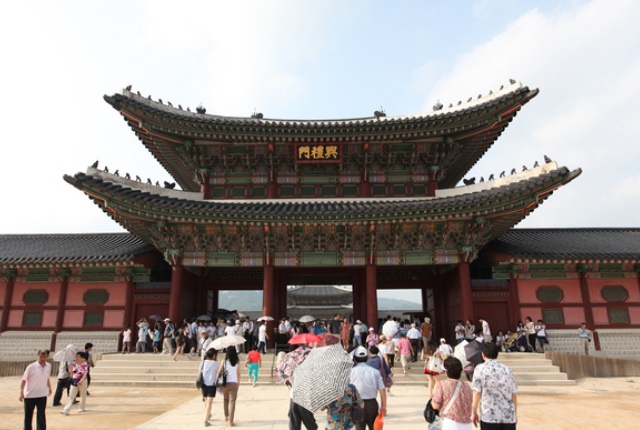 Myeng-dong which literally means ‘bright cave’ is a dong in Jung-gu, between Chungmu-ro, Namdaemun-ro and Eulji-ro in Seoul. Covering an area of 0.99 km2 with a population of 3,409, it is mainly a commercial area and boasts as one of Seoul’s main shopping and tourism hub. The Myeong-dong for three years in a row since 2011 was listed as the ninth most expensive shopping alley in the entire world. This area is also famous for two significant historic sites, the Myeongdong Cathedral and the Myeondong Nanta Theatre. 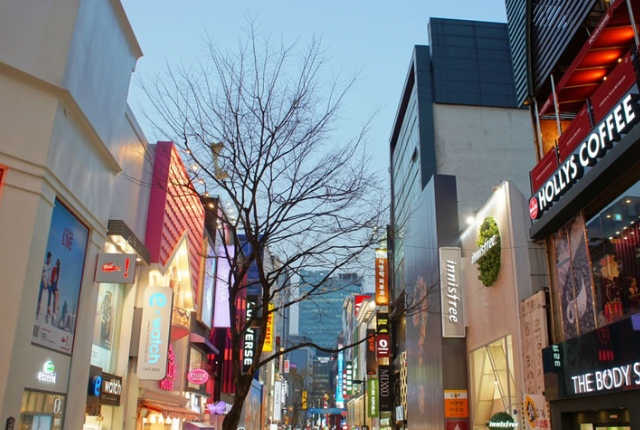 The N Seoul Tower or ‘YTN Seoul Tower’ known officially, or popularly known as just ‘Seoul Tower’, is a communication and surveillance tower in central Seoul that is situated on the Namsan Mountain. The tower at a height of 236m was built in 1971 and is Korea’s first general radio wave tower that provides radio and TV broadcasts in Seoul. The N Seoul Tower at present, broadcasts signals from Korean media outlets such as SBS, MBC and KBS. 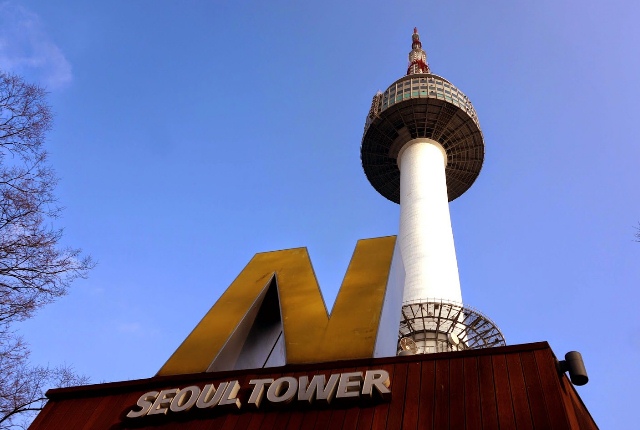 Changdeokgung or Changdeok Palace meaning ‘Prospering Virtue Palace’ in English is situated in a huge park area in Jongno-gu in Seoul. The palace is one of the Five Grand Palaces built by the rulers of the Joseon dynasty. The Changdeokgung Palace is situated to the east of the Gyeongdok Palace, and thus along with the Changgeonggung is also sometimes referred to as the “East Palace”. 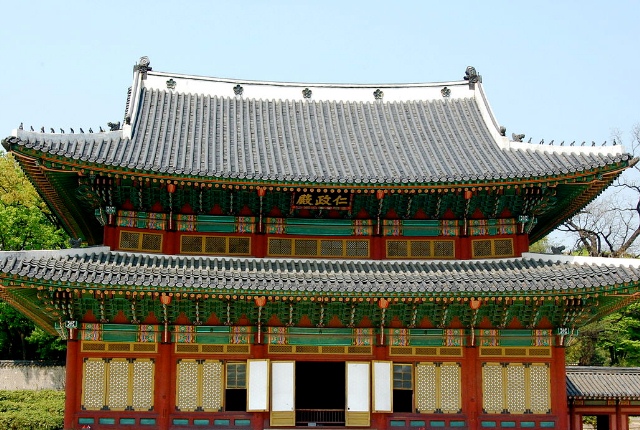 Cheonggyecheon is a modern state-of-the-art recreation space, with an approx. area of 10.9 km in downtown Seoul, South Korea. The motive behind the construction of this enormous urban renewal project built on the site of a flowing stream was the swift post-war economic development of the region. The estimated cost of building the entire structure was a hefty $900m and drew much criticism in the beginning, but since the opening in 2005 it became a hugely popular tourist attraction that enchanted the locals as well. 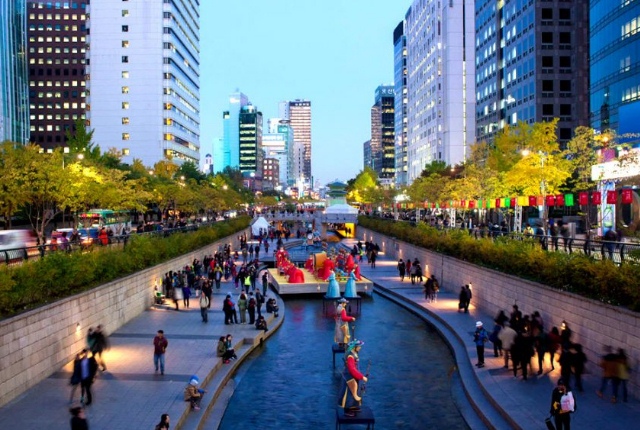 Lotte World is a huge recreational complex consisting of world’s largest theme park, an outdoor amusement park known as ‘Magic island’, shopping malls, a luxury hotels, an artificial island inside a lake linked by monorail, sports facilities, Korean folk museum and movie theatres. This enormously popular structure was opened on July 12, 1989 and an approximate 7.3 million visitors flock to it each year. Located in Sincheon-dong, Songpa-gu in Seoul, the complex is open all year round without any holidays. 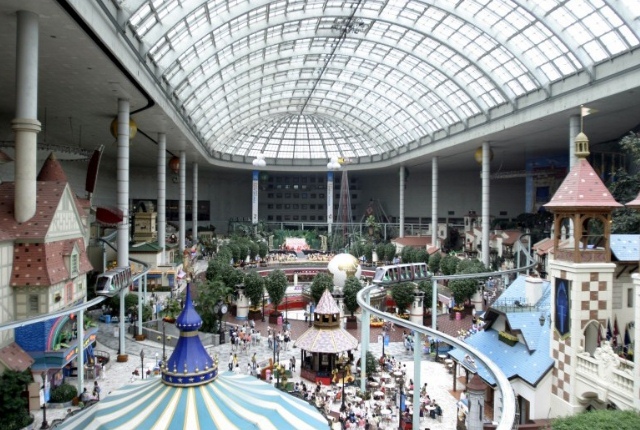 The War Memorial of Korea was opened in 1994 and is located in Yongsan-dong, Yongsan-gu in Seoul. It was built on the former site of the army headquarters to portray and honor the rich military history of Korea. The monument complex has in total six indoor display rooms and one outdoor display centre that show military apparatus and war memorabilia. The main objective of building the War Memorial of Korea was to commemorate the victims and actors of the wars leading to the present day Nation State. 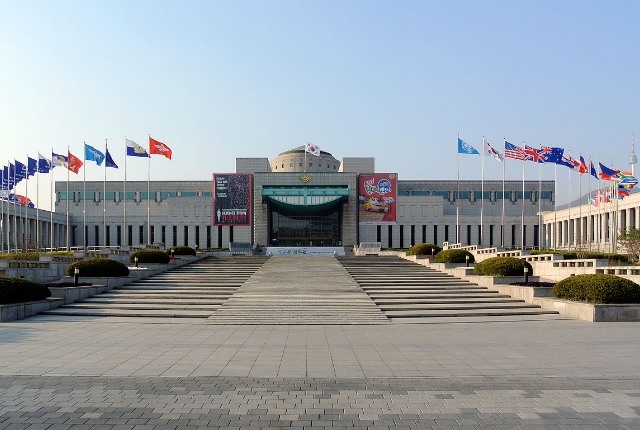 Namsan Mountain or Nam Mountain or Mount Namsan all refer to the peak which is 262m (860 f) high and is located in the Jung-gu district of south-central Seoul. The peak was earlier known as Mongmyeoksan but is now popularly referred to as Mt. Namsan. It attracts thousands of visitors that come here for picnic, hiking, and views of downtown Seoul. The famous N Seoul Tower is located atop the Mt. Namsan. The surrounding region is called as Namsan Park and offers magnificent panoramic views of the skyline of the city of Seoul. 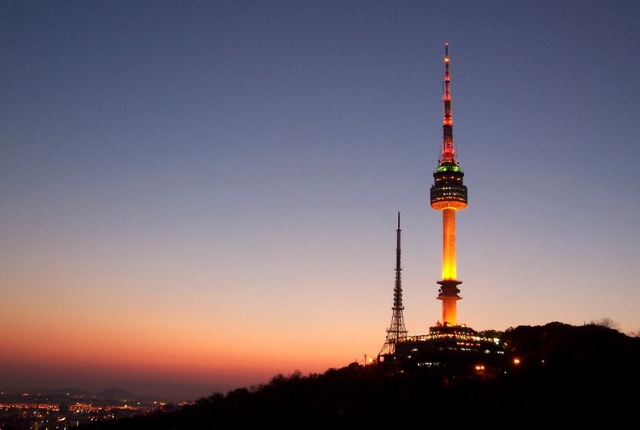 Gwanghwamun is the largest and the main entry gate to the Palace of Gyeongbokgung in Jongno-gu in Seoul. Located at a three-way intersection at the northern end of Sejongno, it is an important landmark and a symbol of the long history of Seoul during the Joseon Dynasty. Although, the gate has witnessed multiple sessions of demolition and disrepair, the restoration work got finished on August 15, 2010 when the gate was finally opened for public viewing. 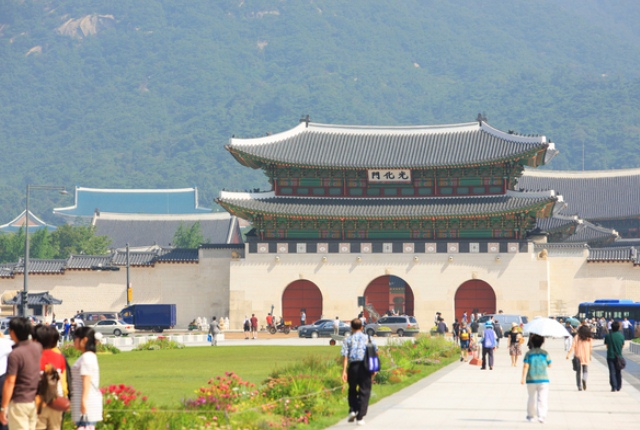 Jongmyo is a commemorative Confucian shrine devoted to the memorial services for the late kings and their families of the Joseon Dynasty of Korea. As per UNESCO, it is the oldest royal Confucian shrine still preserved and the rituals here endure a tradition that was established in the 14th century. Although, more of such shrines existed during the ‘Three Kingdoms of Korea’ (A.D. 57-668) reign, Jongmyo is the only one that’s actually present today. The Jongmyo shrine was added to the World Heritage Site’s list in 1995 by UNESCO. 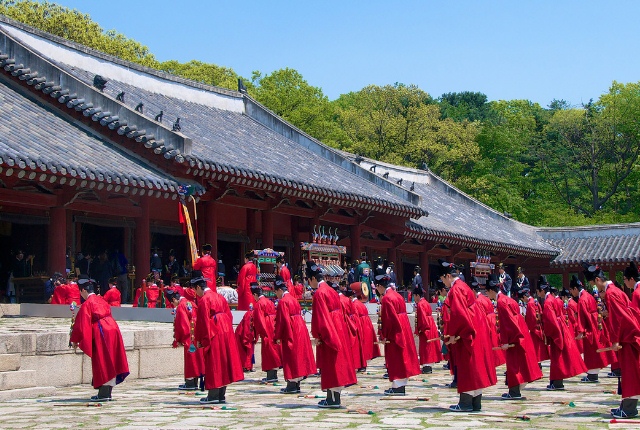 Seoul is a beautiful big metropolitan consisting of newly constructed high-rise buildings, latest-design subways and is a city where both new and old traditions are followed. In addition to the 10 most popular tourist places we showed above, some other notable attractions include the high-tech Dongdaemun Design Plaza and the Jogyesa Temple which is a magnificent sight of prehistoric locust and lovely pine trees.

Now that you’ve got to know about the most attractive tourist sights of Seoul, please do care to let us know what you think about them via the comments section below!