Colombia, an effervescent city in South America, is throbbing with cultural attractions and historic monuments. In recent years Colombia has managed to shed the tiresome cliché of being a dangerous destination due to incessant drug wars and civil unrest. Today this bright spot of South America has become a tourist magnet and one of the must visit places on earth.

With its adventure filled surreal landscape and interesting colonial towns, Colombia has captured the imagination of the intrepid traveler. Bogota Botanical Garden, Walled City of Cartagena, Colombian National Coffee Park are few of the top notch tourist attractions of this country. If you want to know more about the interesting places to visit in Colombia, read on.

Here Are 10 Exciting Places To Visit In Colombia:

The walled city of Cartagena, which is located on the northern coast of Colombia, is one of the principal attractions of this South American country.

The history of this fortification can be traced back to 1586, when Italian engineer Bautista Antonelli commenced work on this mammoth project.

The final phase of the construction of these walls ended in 1796. The 20 meter thick walls were constructed with the specific intention of protecting the town of Cartagena from hordes of rampaging pirates. Today, the walled city of Cartagena, encompasses the neighborhoods of Getsemani, La Matuna, San Diego and Centra. 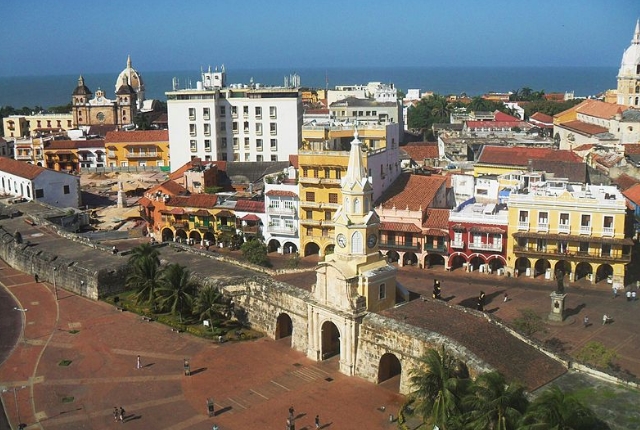 Tayrona National Natural Park enjoys the unique distinction of being one of the most popular natural reserves not just in Colombia but in the whole of South America. This park stretches out from the foothills of the rugged Sierra Nevada de Santa Marta range all the way to the Caribbean coast.

The huge natural reserve which covers a whopping 12,000 hectares of land and 3000 hectares of sea is home to numerous species of exotic birds, rare amphibians, endangered reptiles, unusual species of fish and hundreds of types of coral.

Tayrona National Natural Park also abounds in unique cultural treasures, which include the important archaeological site of Ciudad Perdida and the ancient 16th century city of Santa Marta. This park offers the ideal environment to enjoy adventure activities like hiking and swimming. 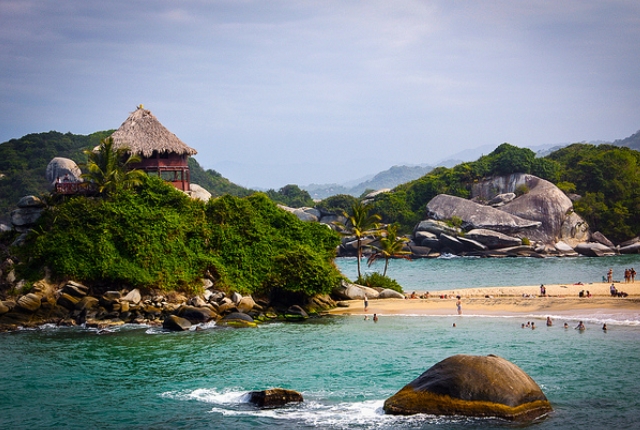 The Bogota Botanical Garden which covers almost 19 hectares of land enjoys the unique distinction of being the biggest botanical garden in Colombia.

The main attraction of this park is the spectacularly landscaped themed gardens. This park houses nearly six hundred palm trees, seventy varieties of vibrant roses, hundreds of species of rare orchids as well as numerous unusual varieties of aromatic and medicinal plants. Visitors to this park can grab a quick bite at the onsite cafe. To enjoy a live musical concert, guests can head to the large auditorium which is located within the precincts of this massive park. 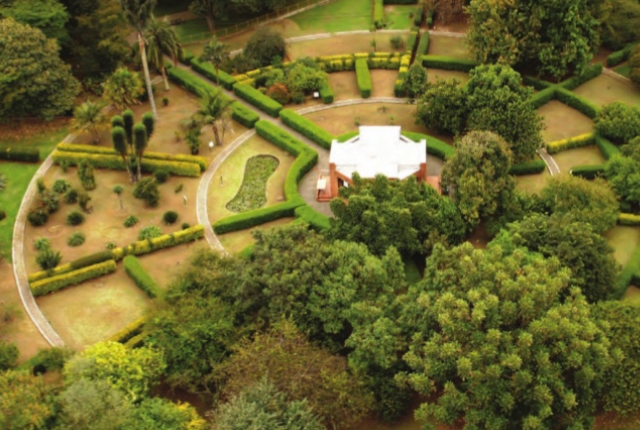 The Salt Cathedral of Zipaquira is a Catholic church which is located almost 200 meters below ground inside the bowels of a disused salt mine. This one of a kind place of worship attracts hordes of tourists from around the world.

The church is famous for its outstanding architectural and artistic achievements.

Another unique aspect of this church is the beautiful carved sculptures which were created out from salt deposits and marble. After praying at this cathedral, visitors are encouraged to sign up for a guided tour to explore the labyrinthine tunnels of the disused salt mine. 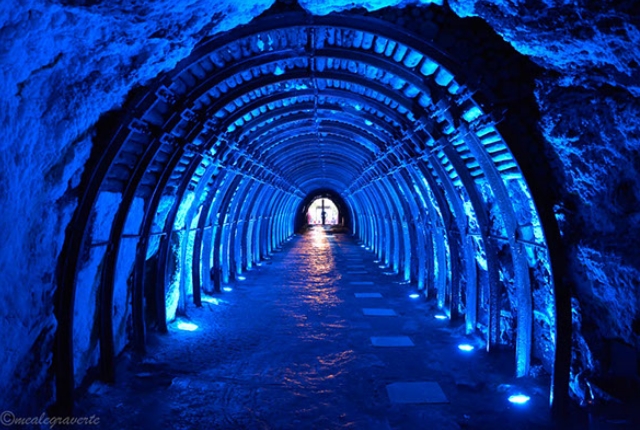 The square is bordered by numerous magnificent neo classical buildings which includes the Primate Cathedral, Comuneros House and the National Capital.

At the center of the square is the stunning statue of Simon Bolivar, a Venezuelan military leader. This statue was created by Pietro Tenerani an Italian in 1846. Besides studying the squares eclectic architectural sites, visitors can enjoy the numerous free cultural activities which takes place here on a daily basis. 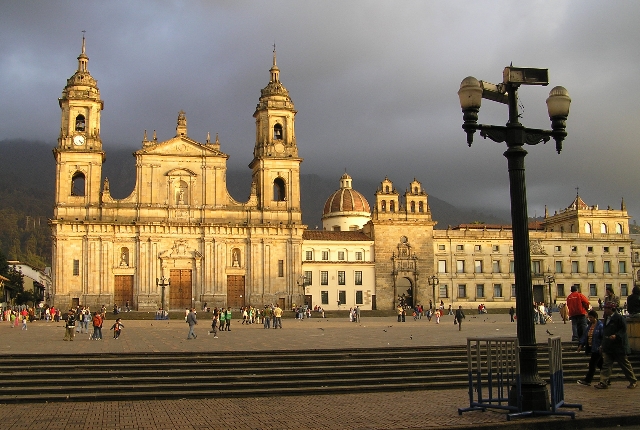 Mount Monserrate looms high over the city center of Bogota. The best way to see the architectural splendor of Bogota is from atop the Monserrate Mountain. The 3,152 meter high mountain is located in the eastern part of the city.

Besides hiking up the steps which are carved into the side of the mountain, visitors can also take a cable car or the mountain railway to reach its summit.

At the very apex of the mountain is a beautiful white washed shrine devoted to the Fallen Lord. Tourists trek this mountain to soak up its tranquil and surreal environment. To enjoy a memorable and authentic Colombian meal after all the physical exertion, guests can dine  either at San Isdro House or Santa Clara House, which are located atop this mountain. 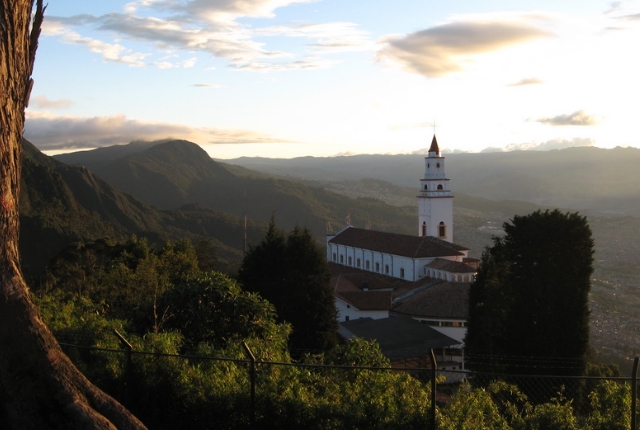 The pristine beauty of the Rosario islands, which is heightened by the crystal clear waters that surround it, offers the ideal locale to enjoy various water sports. Rosario Islands is a picturesque archipelago that is located just off the Colombian mainland.

Considered a marvel of nature, the Rosario Islands offers a host of adventure activities like snorkeling, surfing, parasailing and swimming.

A visit to these islands affords visitors the unique chance to study the colorful aquatic plants and exotic marine life. Additionally, these islands are ringed by spectacular coral reefs. A visit to the Rosario islands is incomplete without visiting the oceanary. 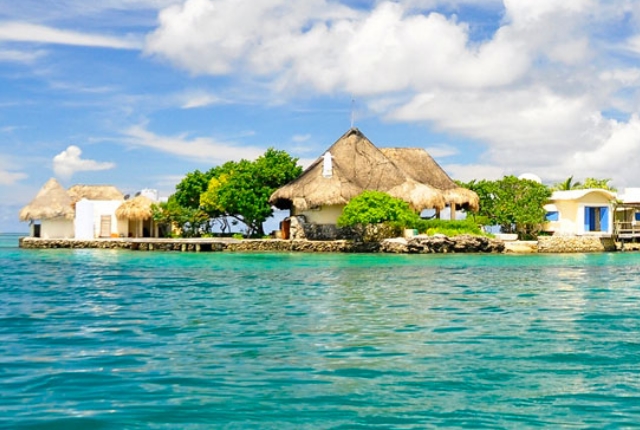 The Lost City of Teyuna or Ciudad Perdida is a ruined city hidden inside the dense jungles of the Sierra Nevada de Santa Marta National Park. Hikers have to make an arduous journey and climb more than 1200 steps to reach the lost city.

Extensive archaeological studies have revealed the fact that this once thriving city ( founded in 660 AD ) was mysteriously abandoned sometime between mid 16th century and early 17th century AD.

Once visitors reach the lost city they can observe the numerous abandoned homes, marvelous ceremonial sites, complex road network and a series of terraces. 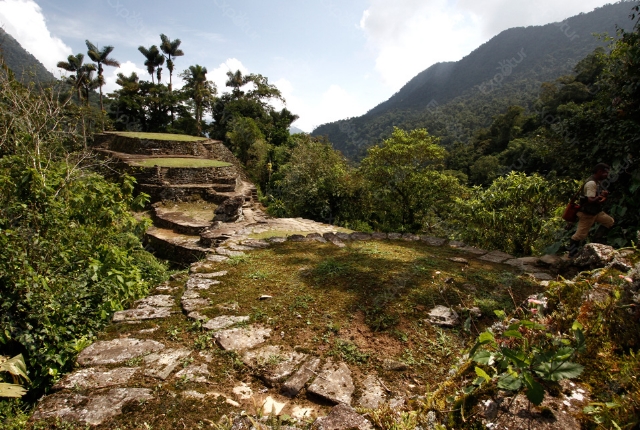 The National Federation of Coffee Growers of Colombia created the National Coffee Park in 1995. This park is located at the heart of Colombia’s coffee triangle in the department of Quindio.

The key aim of this park is to educate the general public about the different steps involved in the coffee making process.

Besides imbibing the history of coffee making visitors can also enjoy a variety of theme attractions (all related to coffee in some way or the other) like ferris wheel, roller coaster ride, free fall ride and chair lift rides. Addtionally, the park also puts up numerous educational shows. Visitors are also encouraged to visit the well appointed coffee museum at the park. 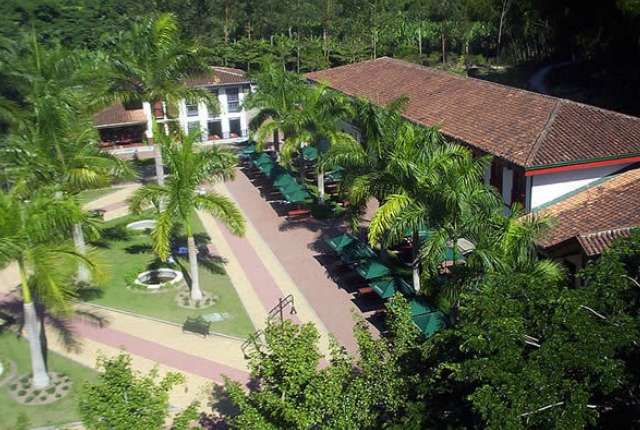 Castillo De San Felipe de Barajas one of the most impressive fortifications in Colombia is located in the city of Cartagena.

This massive fortification commands an impressive view from atop the hill of San Lazaro.

This castle is named in honor of the great king Philip IV of Spain. The construction of this massive castle began in 1657. Today visitors can tour the interiors, as well as part of the tunnel system, of this stunning castle complex. 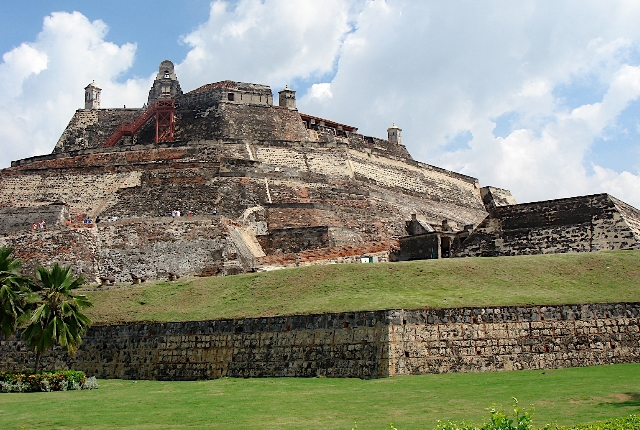