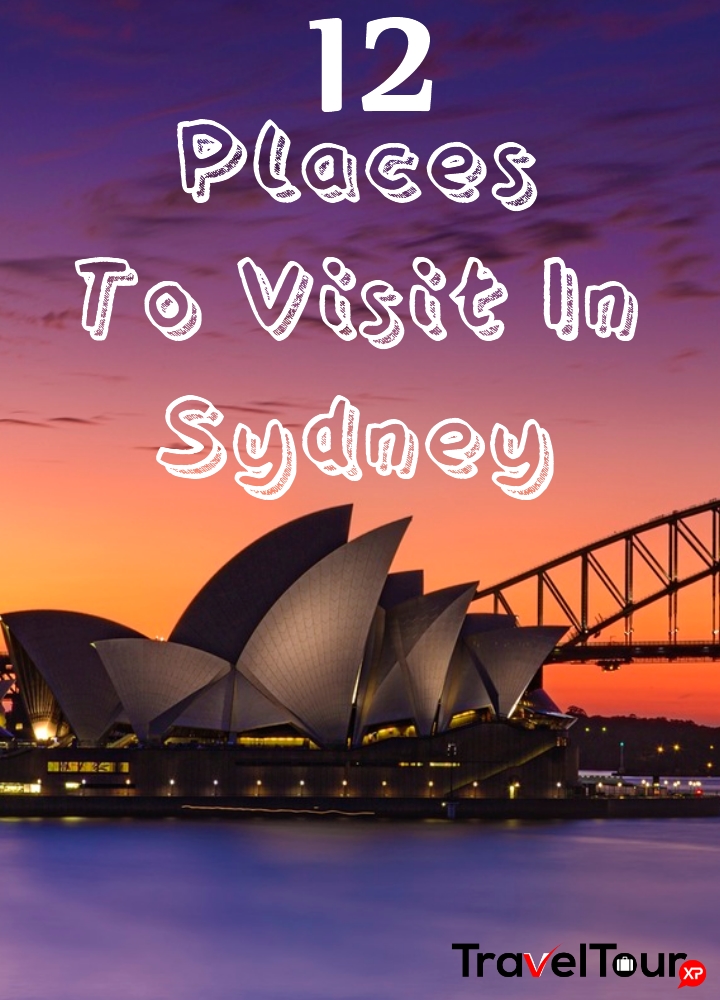 Sydney is the heart of Australia and one of the most popular cities in the world.  Sydney is a lively and vibrant city making it one of the most visited tourist destinations. It is sophisticated, classy, charming and a city bustling with tourist from all over the world throughout the year. Picturesque sightseeing, Panoramic beaches, historical monuments you have all of it in this capital city of the southern continent.

The Top Attractions Of Sydney You Shouldn’t Be Missing:

It is a multi venue performing arts centre of Sydney. It is the most distinctive building and an architectural masterpiece of Australia. Since it was opened in 1973, it has attracted people from all over the world due to its iconic structure and excellent location at the harbor. It is a huge structure with giant white granite roofs of the shape of shells making it an unforgettable view from any angle. It hosts around 1500 shows annually which comprises of Ballet, Theater and Orchestra.

The only connecting bridge between Sydney and the north shore, the Sydney Harbour Bridge was one of the greatest engineering masterpieces of its time. Basically built to avoid the need to travel by ferry between Sydney and north shore, it  became an impressive landmark in the following years. Famous as the ‘CoatHanger’ among the people of Sydney, the best way to explore the bridge is by walking. There are stairs on both side of the bridge that connect the foot path. You will surely get to see some of the amazing views of the city from the bridge. 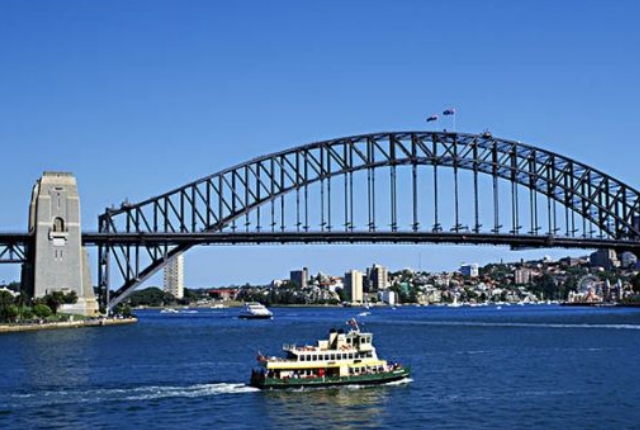 The Rocks is the history of Sydney in a modern dress code. This small town will let you explore the historic Sydney through the cobbled lane ways, cosy cafes and some of the oldest pubs of the city. Museums and Galleries of The Rocks have always attracted the visitors. See the Sandstone cottages, shop at weekend markets having variety of arts and crafts, eat , drink and live a lively life of The Rocks. 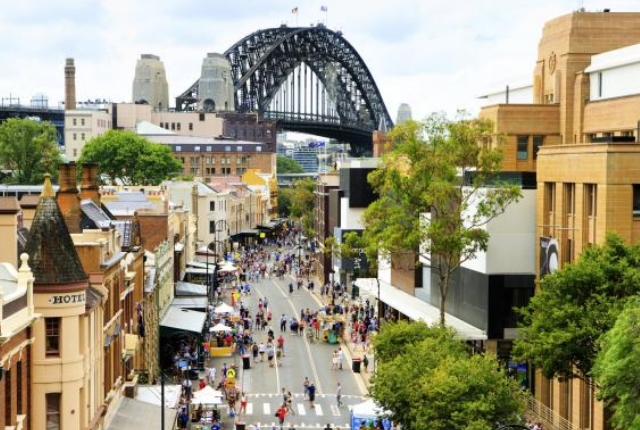 Darling Harbour is a large recreational and pedestrian precinct that is situated on the western outskirts of Sydney Central Business District (CBD). It is the city’s largest shopping , dining and entertainment zone. The King Street Wharf, Cockle Bay have some of the best night clubs and restaurants. Drop at the Cargo Bar, Bungalow 8 or The Loft and watch the setting sun with a drink. The fireworks at the cockle bay every Saturday night is a never to miss sight. You have Sea Life Sydney Aquarium, Wild Life Sydney Zoo, Darling Garden Playground, Madame Tussaud’s  that will have you hooked at the Harbour. 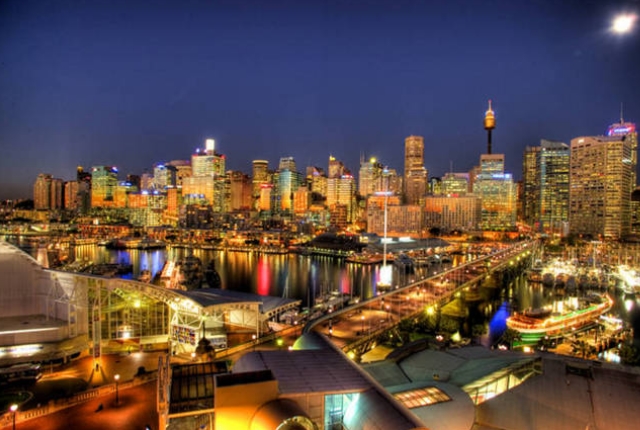 The QVB was built is a late 19th century building is the only survival of the Victorian era in Sydney. The building has four main shopping floor. The two Mechanical clocks are major attractions. The are called – The Royal Clock and The Australian Clock and are unique in their own way due to their aboriginal importance. On the top level of the building, there is an unsealed letter kept for display, written by Queen Elizabeth II and is to opened in 2085 by the future mayor 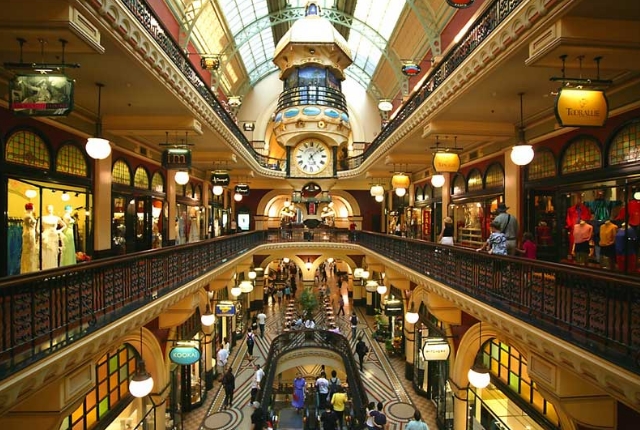 How can you visit Sydney and miss the beaches here. The city is blessed with some of the best beaches-Bondi, Coogee, Manly, Palm, Cronulla Sydney has them all. White sandy beaches with spectacular view, where you can just relax watching the waves rocking the beach and tan yourself under the sun. Beaches are always an heart warming destination and Sydney will surely give you some of the best of them. 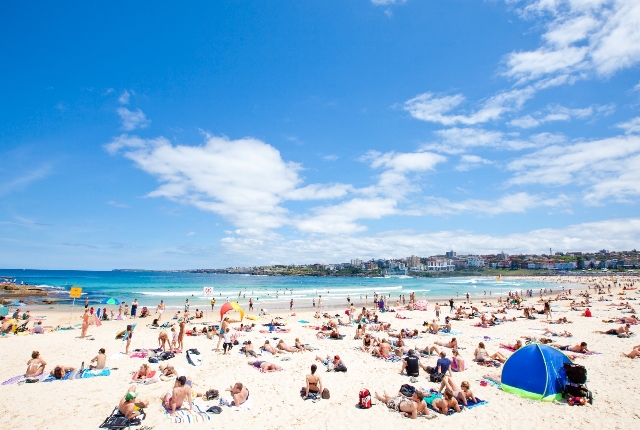 The Oldest park of Sydney, located in the CBD, is a green oasis in the middle of the city. The pathway in the centre is covered by a canopy of fig trees. There is an Archibald fountain in  the centre of the park which marks the collaboration of France and Australia during the World War I. Another attraction of the park is the War Memorial, a tribute to the Anzac soldiers who sacrificed their life during the War. 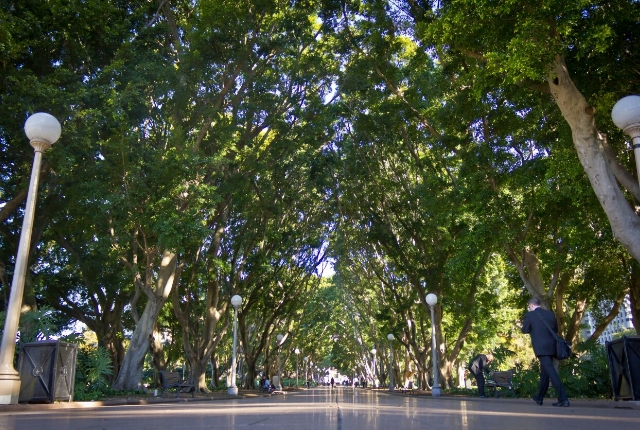 The Taronga zoo is a home to 4000 animals belonging to 360 species. It is also a home to many conservative species too. The zoo offers various tours to its 8 zoological zones. The keeper led wild Australian experience to the gold tour of native animals. The daily bird and seal show is also popular among the visitors. You can also spend the night at the zoo on the Roar and Snore tour. 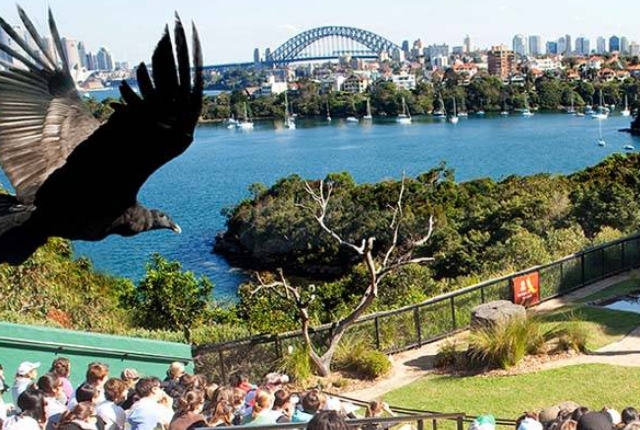 It is the one of the largest galleries of Australia. The gallery showcases Australian, Asian and European art. Modern and contemporary works are displayed in expansive, light filled spaces, whereas the colonial era is placed at the Grand Court. There are also dedicated permanent galleries celebrating the Aboriginal, Asian and Torres Strait Islander Art. 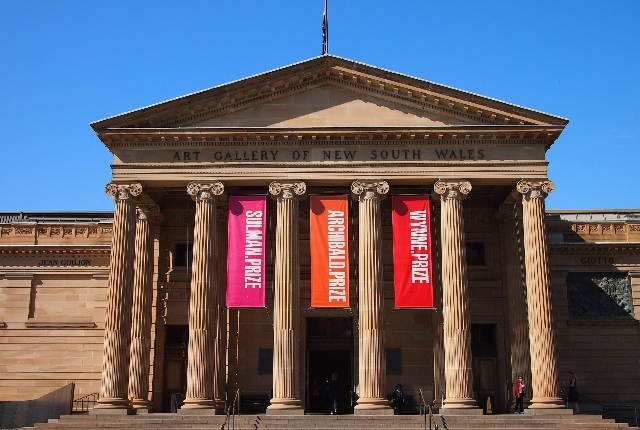 China town is an exiting place where you will find a wide variety from Cantonese, Malaysian, Thai to Vietnamese you will find it all. Some of the best Chinese food is found here in spite of being outside Asia. You will never get tired exploring Chinatown. There are numerous shops with clothing, souvenirs and many more. The night is full of life with bars, theaters, cinema’s pulsating at night. Good Food month is Australia’s largest food festival is celebrated every year. 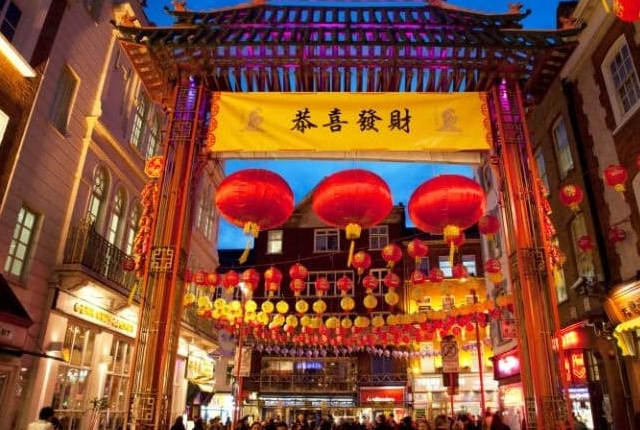 It is one of the largest of the several Islands of Australia. Only a ferry ride from the Sydney harbour leads to the Island. The Island was a former shipbuilding site. It can be best explored by foot with the help of autoguide or audio tour to discover the best attractions. It is also a great site for over night camp. Though it is not the best it terms of site seeing, you will surely have a relaxing time at the Island. 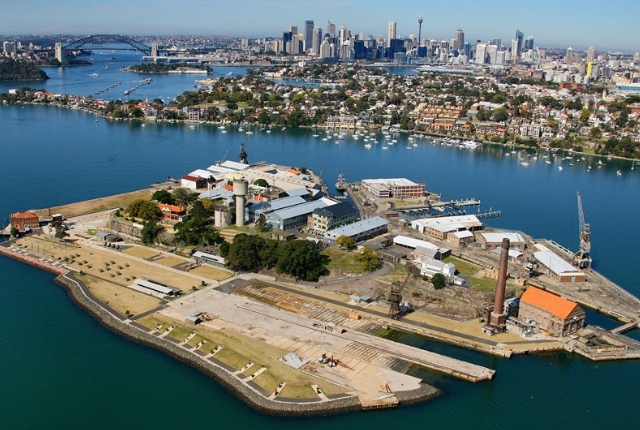 After all the sight seeing, how can we miss the casino when in Australia. The Star, is the second largest casino in Australia, There are two gaming floors, eight bar’s and seven restaurants. It is a vibrant place with all the latest games and amenities. All the traditional as well as the latest casino games are available here. There are variety of restaurants with five star dining. Note that the bar do not have access to under 18 crowd.  There are various live ballet, musical , performance shows too. 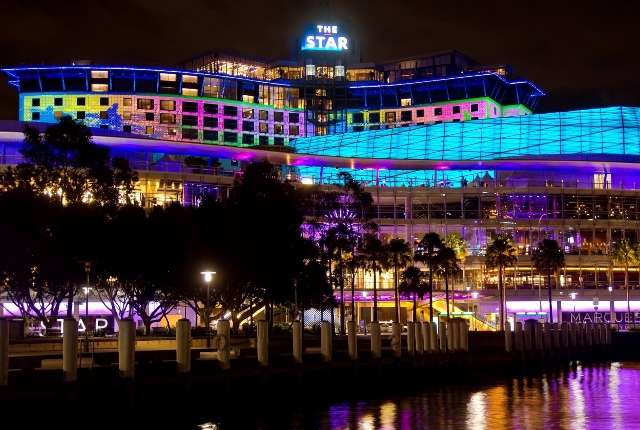