Holidays are a time to let go of all the stress that you’ve got piled up in your head and do whatever you want to. While some of us want to do nothing but curl up on the couch and grab some popcorn and binge watch TV shows, there are others who just want to travel! Travelling is such an exciting experience that nothing can substitute the thrill and rush that it gives us. One can never have enough of it. Why don’t you try out something different this time? Instead of touring the well-known, “oh-so-famous” sites, go for something that is just as beautiful as those popular places, but not visited much. The world has so many beautiful abandoned places that you can have fun exploring.

So, If You Are A Travel Junkie, Just Sit Back And Read Through Some Of The Most Wonderful Abandoned Places Which Are Definitely Worth A Visit:

This is a beautiful castle situated in Belgium, built in the 19th century. It was owned by the Liedekerke-Beaufort family. But, after the second World War, it was converted into an orphanage. It got the nickname “Noisy Castle” because of the children there.

Anyway, a few years later, the castle was abandoned as the expenses were too much and maintenance became a hard job.

A couple more years after that, there was a fire which ate up some parts of the roof and a storm caved the building too. The owners refused the offers made to buy the place and turn it into a hotel. They ripped the building of all the expensive marble and floor, and completely abandoned it. Although the building has been greatly damaged, you can still see the elegance that it holds. 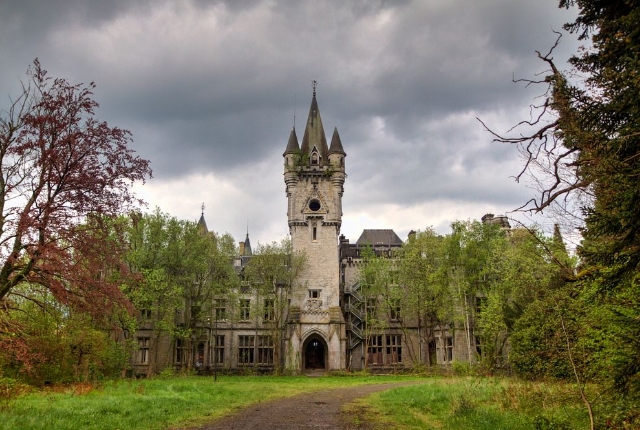 Wouldn’t it be wonderful if you and your loved one had some alone time with nature closing in on you? The Tunnel of Love in Ukraine is one such striking place where you could totally have that. It is located in the forests of Ukraine and was created so that wood could be delivered to a local factory there.

A private train makes three trips every day to deliver the wood. Apart from that, this spectacular place remains empty, with only a handful of tourists at times.

It makes a romantic walkway for all couples. According to the local legend, if lovers walk through the entire tunnel, they could make a sincere wish and it would come true! Covered with leaves and branches and an aura of love, the Tunnel of Love makes a great place to visit. 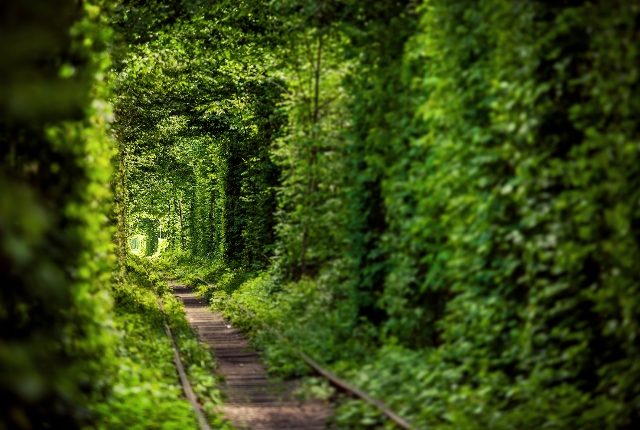 The Temple of Santiago was a church built in the year 1564, in Mexico. Some years later, around 1773, it was abandoned due to the spread of plague in the area. It is said that, even before that, the church did not have a proper priest.

Later, a dam was constructed in the year 1966 and the temple was totally flooded and water covered the whole ground for about a 100 feet, totally submerging the temple.

But recently, about a decade ago, a drought hit the place and the water level receded for about 80 feet, revealing the ruins of this ancient 16th century building. The water level was low that the visitors could walk inside the church. If you are in for an adventure, you could visit this place, explore the ruins and even climb the walls! 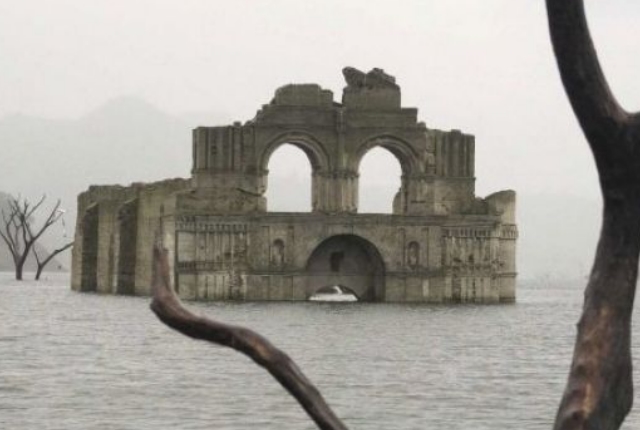 Well, who doesn’t like a nice refreshing view of the sunrise from a height? There is this amazing place with beautiful scenery where you can witness it. It’s the Buzludzha monument, located in Bulgaria. It was built in the year 1891 in celebration to the Bulgarian freedom.

But currently, it is not looked after by the Bulgarian government and it has been abandoned for quite a while.

It is situated 1,4441 meters high and shows an amazing view all around. The building’s main entrance has been closed due to safety purposes. However, there’s a side panel open through which you can squeeze in at your own risk. It has a beautiful huge room and mosaic walls which are simply remarkable. Even if you can’t make it to the inside, it’s a privilege just to see the building on the outside. 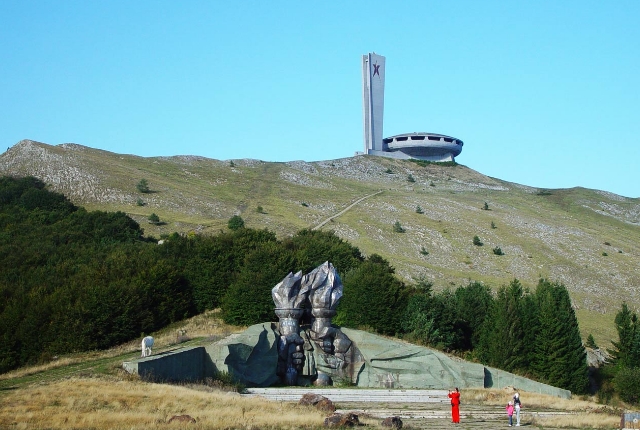 It is an abandoned temple in Cambodia, and legend has it that it was built by the son of the Hindu God, Indra. Ta Prohm is part of the Angkor, which has a number of other beautiful temples. The temple has huge trees growing on it and the sight is truly magical.

It is baffling how the trees are not only simply growing on the building but also holding it together.

The roots are just spreading over the monument, getting their water from the stone walls. The temple was abandoned around the 15th century. In the 21st century, not much was done to restore it since it had already merged with the jungle. Some renovations were done to the building to prevent it from too much deterioration. The movie Lara Croft:Tomb Raider was shot at this place and you could have a lot of fun exploring this vast temple with the jungle scenario to give you the thrill. 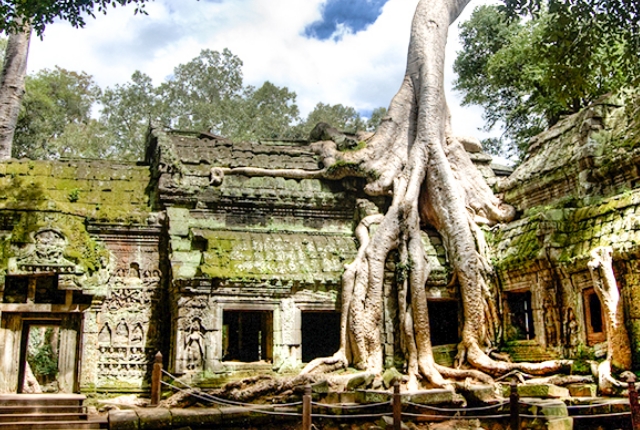