Cameroon is located in the Bight of Bonny around the Gulf of Guinea. The country is situated in the Central-Western part of the African continent. The country being in the equatorial regions is endowed with dense rain-forests, nurture diverse flora and fauna. The Atlantic coastline provides for beautiful beaches and other geographical features (volcanoes and waterfalls) making Cameroon a viable and interesting tourist location. Cameroon has been the home of Sao civilization till advent of the Portuguese in 1472, German colonisation of Cameroon in 1884 and the division of power between the French and the British till its independence in 1960, providing for a rich history and diverse heritage of the country which also promotes archaeological and historical tourism.

The main centres of tourism are Yaounde, the land-locked capital city with various museums providing an insight into the heritage and cultural tourism. The southern sea-port city of Douala is the centre of commerce, which is also the connection to various eco-tourism spots. Kribi forms the hub of most geographical tourist locations. Limbe provides abundant choices of wildlife and botanical tourism, along with Mt. Cameroon volcano, Korup National Park, Ekom-Nkam Waterfalls etc. forming the main attractions of tourism in Cameroon.

popularly known as the ‘waterfall by the sea’, is one of the largest waterfalls in the equatorial region and among the favourite tourist attractions. This location is of immense scenic beauty and also facilitates boat rides arranged by private companies across the river, highly recommended for tourists travelling to this spot. 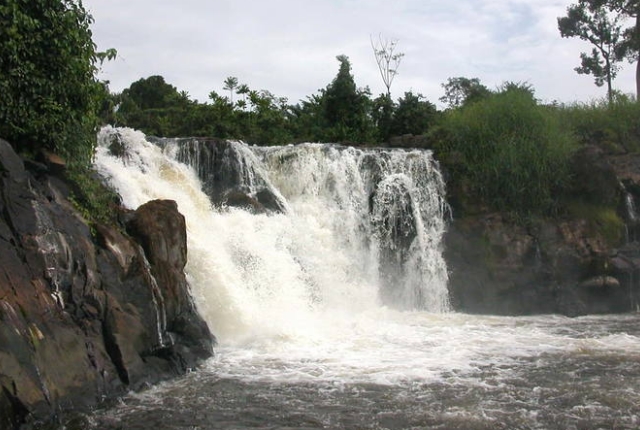 Limbe, formerly known as Victoria is a port city, reminding the people of its British and German colonial past, and in turn responsible for the diverse flora and fauna of this region, extending from exotic crops to plantations of coffee, rubber and cocoa, which puts the Botanical Centre on the recommended sightseeing list. The Limbe Wildlife Centre is an exception to the zoos in Africa and is one of the most santurized park providing almost natural habitat to its residents and provides a close-to-nature experience. This centre is proactive in rescuing ill treated and endangered animals. 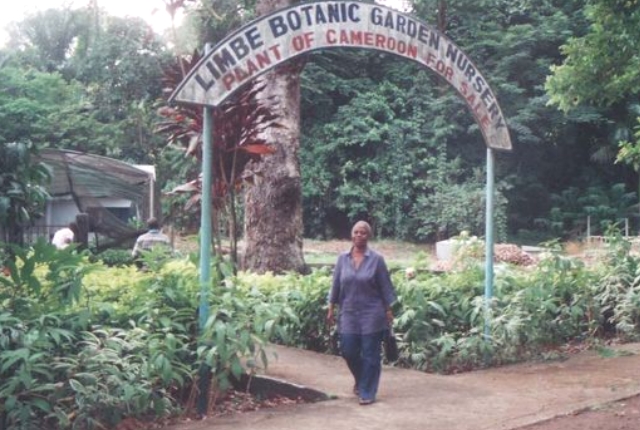 This attraction of the Limbe city serves as the culinary center. The place is a must visit for all the connoisseurs of sea-food, food tourism being prevalent in this area. The Bimbia Rain-forest in the adjacent area is recommended for its mangrove trails. 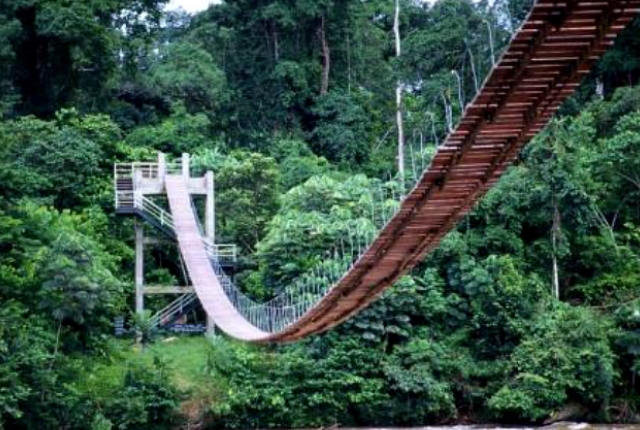 The highest active volcano peak (13,435 ft.) in West Africa, situated on the south-western part of Cameroon, Mt.Cameroon is one of the favourite trekking trails of adventure tourism. A four day long trek from the base at colonial town of Buea, which also has the history of being the first post office in West Africa. 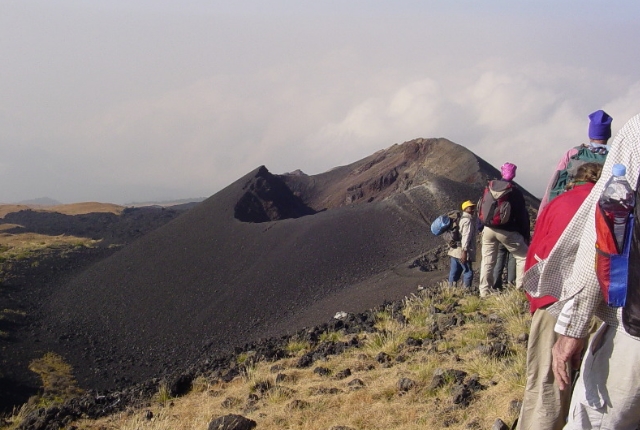 In the South-west district close to the Nigerian border, this National park is a primary forest with the oldest and richest flora and fauna. The National park 1,260 sq. Kms. wide provides diverse trails for trekking, bird watching and animal study with infrastructure for habitation. 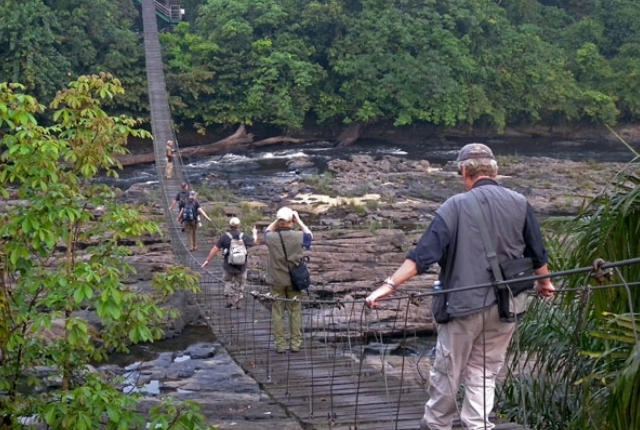 The mountainous terrain amidst the rainforest, cause many waterfalls but the Chutes d’Ekom is particularly recommended for its picturesque view. The literal name of waterfall is ‘falling from Ekom’, the local village is close to the city of Melong. 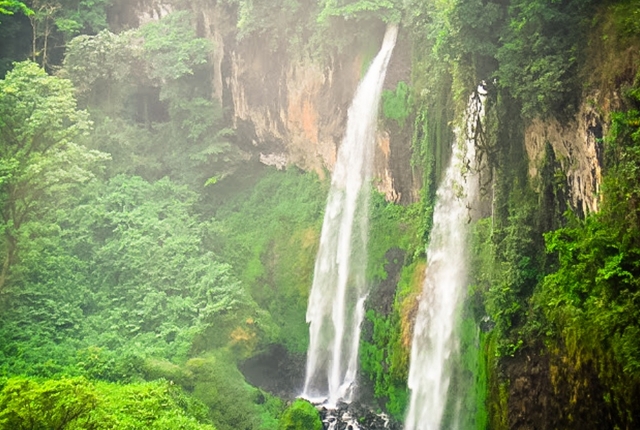 This wildlife reserve is on the banks of the river Dja, protected by UNESCO World Heritage Site. However, this place is not fully equipped for tourism, the objective being to protect the natural habitat of wildlife. 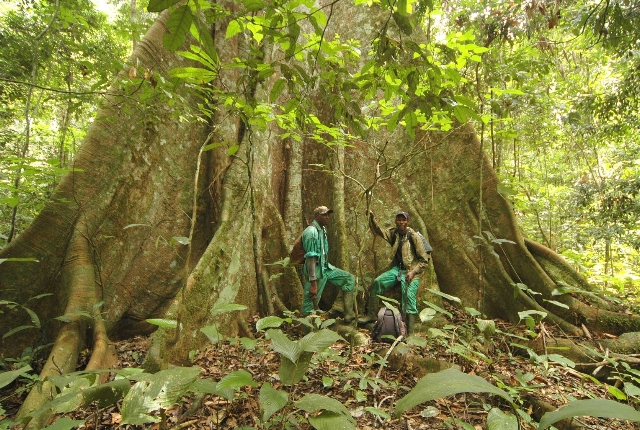 This is the capital city which holds historic and political references. In addition to the Mefou National Park, the National Museum of Yaounde reflects upon the history and culture of the country. Another private endeavour by the name of Blackitude Museum is an ethnographic museum for the purpose of protection and preservation of artistic heritage. 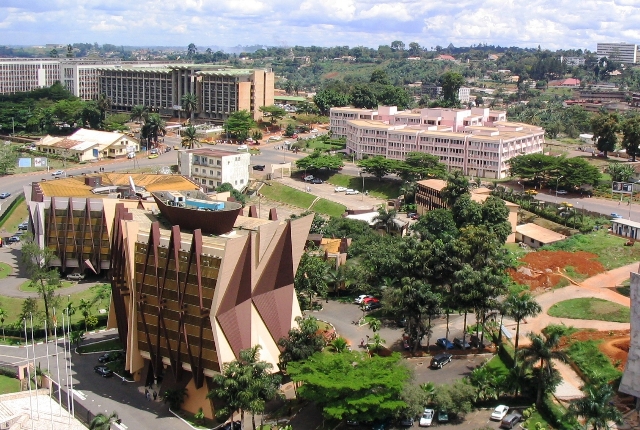 This sea-port city has vital geographic and commercial interest, housing Museum of Maritime, Doul’Art and Cathedrale Saint Pierre et Saint Paul as centres of local culture. This city is important to transit across Cameroon and houses only certain cultural centres. 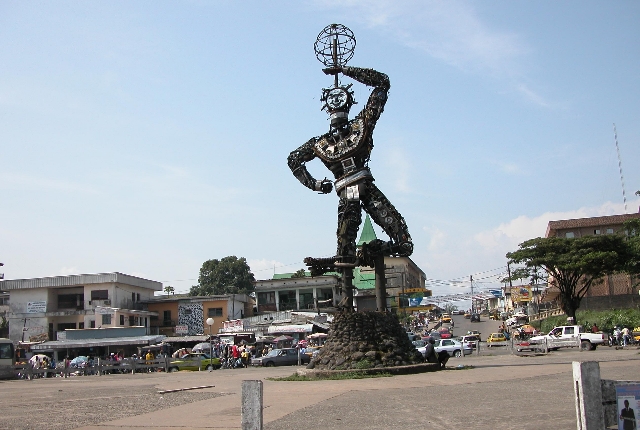 An additional recommendation would be to drive through the Central Highlands from Douala to Nkongsamba (close to Melong). This four-hour drive is enjoyable for the diverse scenic beauties such as valleys, waterfalls and travelling under a vibrant skyline (ideal to witness the dusk sky).