Morocco which comprises of desert, mountains, plains and beaches, is a one-stop destination for its visitors. The place has more to offer than just its historical creations. Apart from visiting its scenic beauties, tourists engage themselves in hiking, riding camels, stargazing and spice shopping. Here is the list of not-to-miss places when on a trip to this wonderful paradise which transports one to the ancient African days.

5 Not To Miss Places In Marvellous Morocco:

This car-free town is a calm mountain city in northeastern Morocco. It is the place where one will find varied shades of azure – everywhere, making it famous as “The Blue Pearl”.

Chefchaouen provides the rejuvenating mountain air mixed with the scent of spices. Owing to the pollution free atmosphere and the cloudless sky, one can see the ocean of stars at night. Lacking many sightseeing points, people visit this place to relax and lose themselves in its appeasing ambience. The place is also known for its marijuana plantations, hence one must be attentive while hiking towards the mountains of Rif. 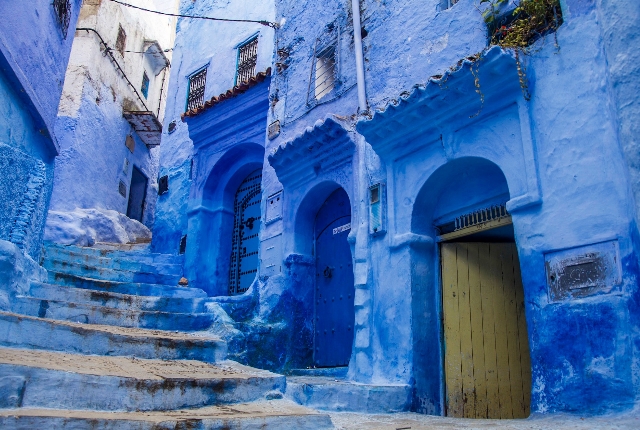 This traditional Mud Brick City of a world from the past, is presently recognised as the Television star of Morocco. Apart from being featured as Yunkai, a city in Slaver’s Bay in the famous TV series- Game of Thrones, the place has witnessed many Hollywood legends walking on its streets.

Located on the edge of the High Atlas Mountains, it demonstrates a traditional pre-Saharan habitat surrounded by high walls. It contains a group of earthen buildings – Ksar. The peculiarity of Ksar is that it is in adaption with the climatic conditions. The place is at its best during the dusk where the clay architecture makes the city glow, making it one of the best destinations for photographers.

Marrakech which means “Land of God” is one of the most important cities of Morocco. It is a blend of conventional and modern Morocco. It has a close proximity to the foothills of the snow capped Atlas Mountains as well as the great Sahara desert.

Djemma El Fna Square stands at the entrance of the city and is its not to be missed destination. Previously used for execution, it is now a maze like aisle filled with shopkeepers, snake-charmers, musicians, theatre artists and cons. Overall, it provides a colorful and noisy experience to the tourists, antithetical to the one in Chefchaouen. 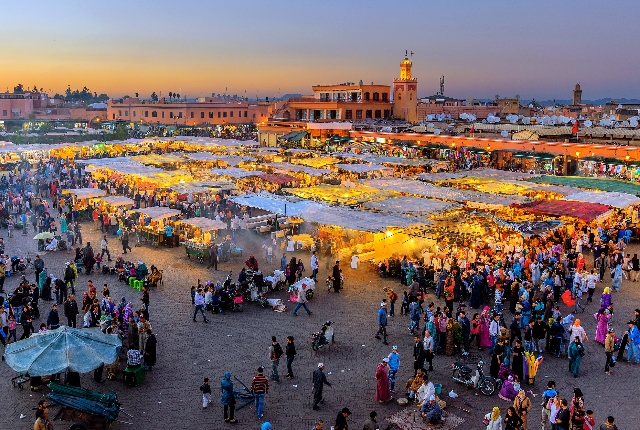 This largest city in Morocco is located in the central-western direction of the nation. It is not only one of the most important cities in Morocco but also in Africa. It is the economic capital of the country, the place where young minds migrate to pursue their dreams.

A relatively fresher construction – The King Hassan II Mosque consists of the world’s tallest minaret and is the third largest mosque in the world. This beautiful religious place made of lively mosaic and marbles, is open to non-Muslims. This finest architectures of traditional Islamic architecture has become Casablanca’s as well as Morocco’s symbolic building. Apart from it, the city contains Mauresque edifices which represents an amazing mixture of French design and old Moroccan style. 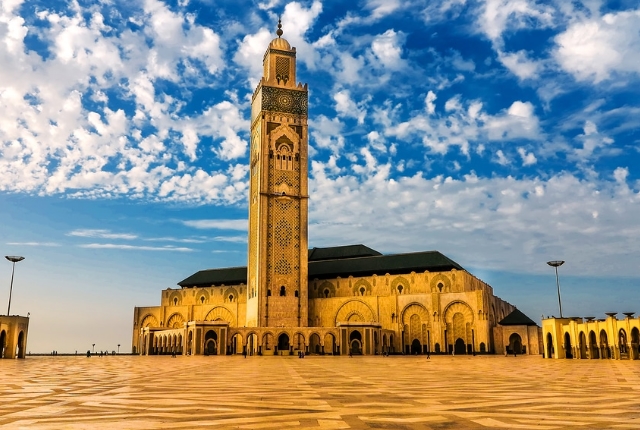 Erg Chebbi is one of the two Saharan ergs- an ocean of dunes created due to the blown wind over the desert. Its adventure activities and its easy accessibility from Merzouga along with many amazing sight-seeing places on the way has made Erg Chebbi a must visit place for explorers in Morocco.

This is the place where one can do dune-surfing, camel trekking and four-wheel-drive dune-bashing. Even though there is not much to do for the non-adventure lovers in these large dunes, the place offers a serenity to them. Moreover, being away from the hustle and bustle of the city, this soothing place provides an mesmerizing view of the sky at night. 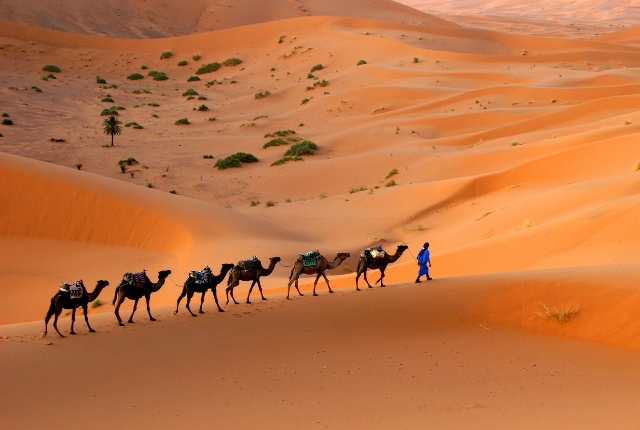