Spain one of the largest and beautiful countries of Europe is always a favorite destination to great number of tourists from all over the world. Spain is a place that has very soothing atmosphere along with great sea and hill related beauty. The history of this country is very rich too. In past it was a Roman colony. Later in medieval time many Christians kingdoms ruled the land. Moorish rulers also invaded the land prior to it. Rich history has resulted in several exquisitely beautiful castles all around the country.  Visitors who like to visit beautiful places with touch of history can always visit these sites. Here are 5 such beautiful castles of Spain.

Here Are 5 Breathtaking Beautiful Castles That Will Mesmerize You In Spain:

This castle is not only one of the best castles of Spain but it is one of the main tourists attractions of the country too. Alhambra means the Red One. This castle was small in size at the beginning and was founded on a former Roman relic in late 9th century. It got bigger and was expanded in the hands of local Moorish rulers in 14th century. Later Christian king occupied it in 14th century. Renaissance style of architecture merged with the Moorish one during that time. It is said that Christopher Columbus received permission from King and queen of Spain for his expedition in this castle. For unique mixture of architecture and history this is a favorite destination of tourists in Spain. It is located in Granada. 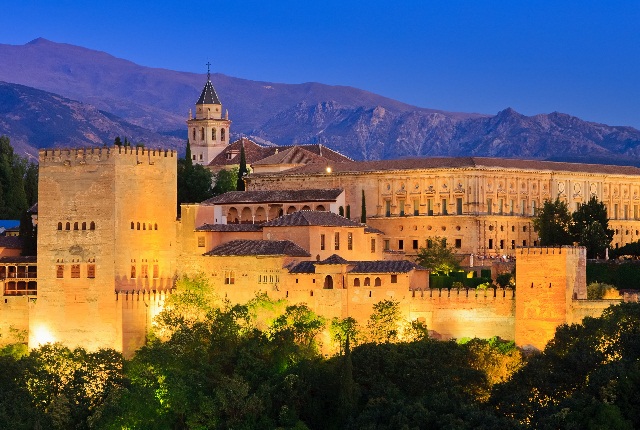 This castle is located in Segovia of Sopain. It is one of the beautiful looking castles of the country that also has Moorish influence in architecture. It is younger than Alhambra and was built in 15th century. It was built in the era of Christian rule in Spain. Coca castle was left in ruins for long time. Now it has been fully and excellently renovated. it looks like a perfect storybook castle from outside with spectacular towers and turrets. 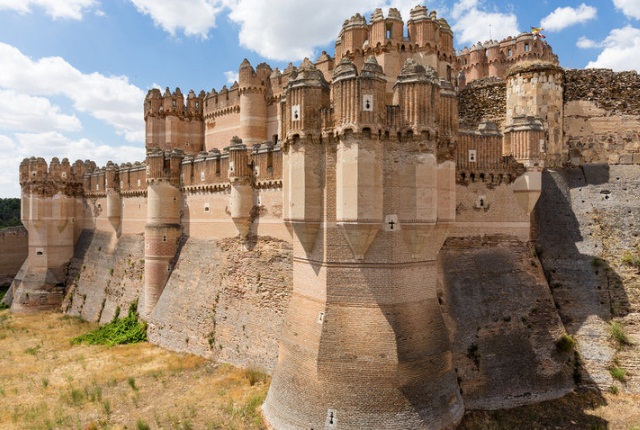 If you want to visit a castle that has a perfect vantage point setting with drawbridge and interesting history then you should visit this La Mota castle near the town of Medina del Campo of Spain. This castle with massive spectacular tower once had facility of a drawbridge through which people used to enter or exit the castle. It is located on a local hill. Constructed in 11th century it once served as prison for famous prisoners likeHernando Pizarro who came back from Peru.; 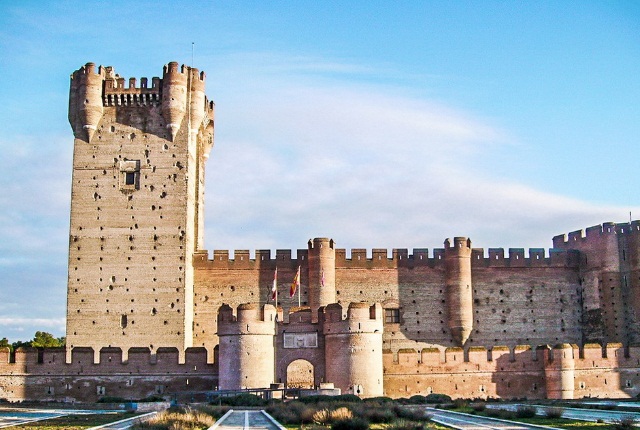 This castle is located in the island of Majorca, Spain. You should visit this medieval castle for it has a unique construction related variety. This castle was built in 14th century by king James 2. The uniqueness is that the castle is circular in shape instead of rectangular or square. If yoy enter this site you will be amazed how everything inside the castle  was built in circular or round shape meticulously. Once used as a prison the castle has a museum for tourists at present. This site is not to be missed. 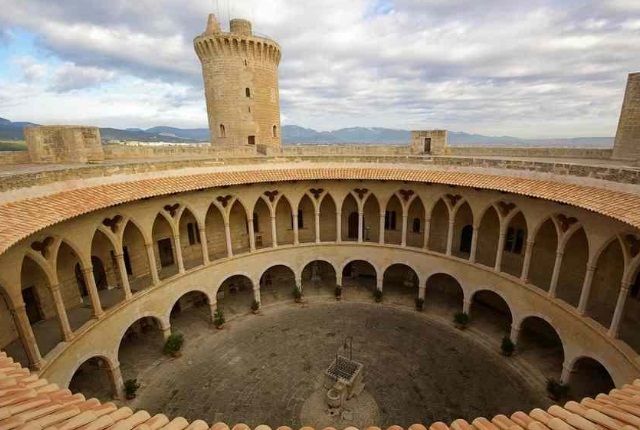 If you have children with you in this castle trip then you have to visit this Alcazar of Segovia in Spain. This castle looks like a perfect fairy tale castle that has emerged from a children’s book. It is said that Walt Disney Corp has used the idea of this castle when they did the movie Cinderella. This castle is pretty old. The foundation can be dated back to Roman time. The present structure was founded in 12th century. Surrounded by stunning looking forest the castle was residence of famous queen of Sapin Isabella of Spain. 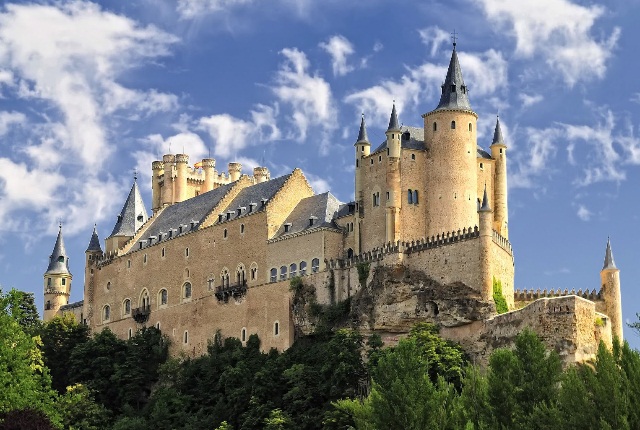