Tasmania, situated off the Australian shore is regarded as one of the most enthralling tourist place to visit for travel enthusiasts from neighbouring as well as distant countries. Tasmania’s 3.4 million acres of uniquely protected wilderness simply is the reason behind the magnetism that attracts worldwide travellers to exploit the spectacular destinations of the place with immense ecstasy.

It is said about Tasmania that if you happen to visit Tasmania and tour all relevant destination missing the Museum Of Old and New Art (MONA), then your trip is to be counted incomplete. It is counted one of the most prestigious museums among the entire Australian continent for it depicts 300 art works of controversial private assortment including the contemporary art along with the exquisite antiquities in the world. 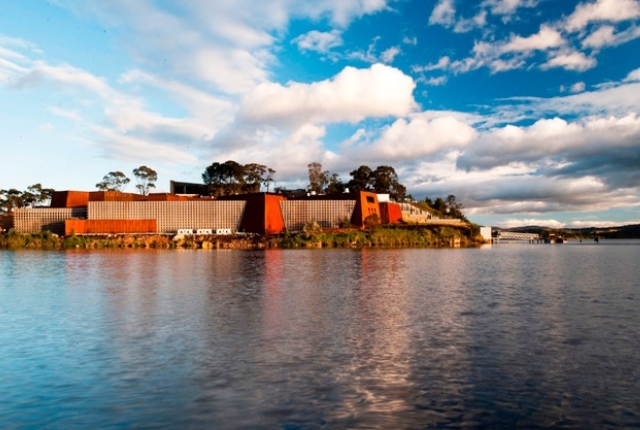 Hobart, being the capital city of Tasmania houses many significant picturesque locations situated by its vibrant waterfront which is still intact with British colonial era settings. A visit to Eucalyptus Mountains in distance, a stroll along the Salamanca peak places and a 19th centuryprisoner built buildings in Georgian era are the activities to carry out in the Sullivan’s Cove.

Set in the heart of the Salamanca place in Hobart, the prominent Salamanca market draws thousands of tourists and locals on every Saturday of the year. You would find nearly 300 stallholders selling the products like glassware, jewellery, handcrafted handloom items, fruits and vegetable grown in their own farms etc. the speciality of this market is that any product that is displayed to sell is grown, made or crafted by the vendor itself. 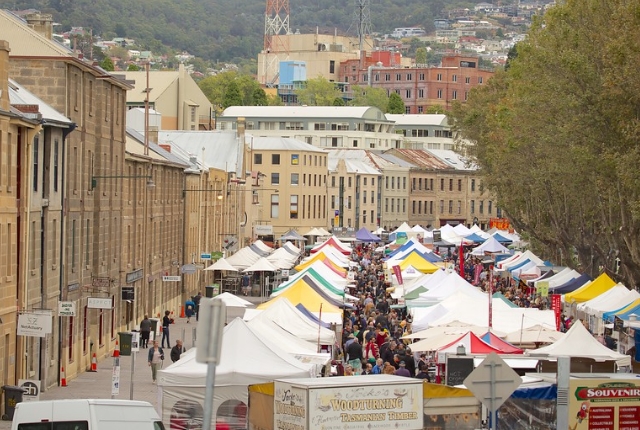 When it comes to the ambient temperature, Tasmania’s climate is way cooler and more impulsive than that of the mainland Australia’s. In Cole’s bay, an eco-lodge named Sapphire has been established since 2010 whose speciality is the vista of breath-taking sceneries from brilliantly built sky galleries or designer cabins. To reach the splendid Wineglass bay, the tourists need to hike for an hour over the mountain saddle to relish the spectacular bay in sight. 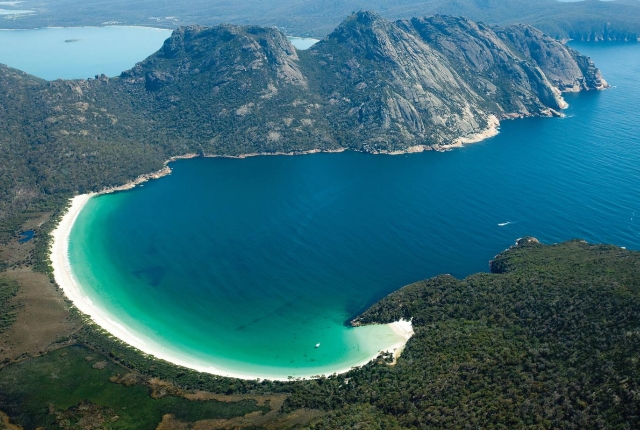 Situated not more than a 20-minute ride from the capital city Hobart, the Mount Wallington stands steadfast as a silent guardian easily approachable from the city roads. You can drive straight to the summit passing densely thick rainforests, alpine-flora and some ancient freezing rock formulations in your way up. At the zeniths of the mountain peak, you are blessed with panoramic views of the city over Bruny Island, Tasman peninsula and the entire Hobart. 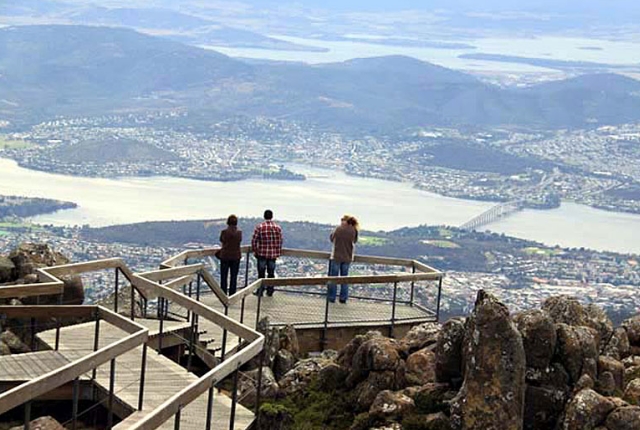 Visit the Cradle Mountain to discover the treasure of wilderness Heritage whose considerations are not only of domestic but of international importance. An internationally acclaimed Overland Track, a six day foot journey through enchanting mountain terrains has the starting point at the foothills of the Cradle Mountain. Book a hotel in advance when visiting the place for it is one wise decision to make rather than facingthe difficulty of searching a lodging place for overnight stay.

The place renowned as the ‘Living hell’ by the nearly 12,000 convicts who served sentences in the 19th century is none other than the Port Arthur Historic Site. Having positioned on the Tasman Plateau, the site occupies more than 30 buildings of prison establishments either in ruined or restored conditions. 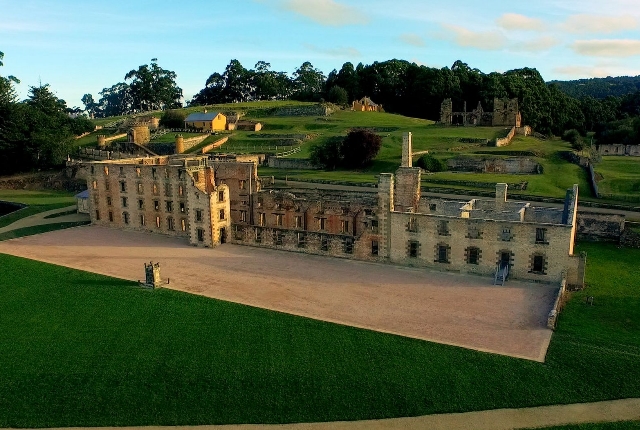 The preservation of the past Gothic structural remains in the times of Port Arthur i.e. 1833 to 1853 is evident from these tranquilrustic setting stationed on the Tasman plateau of Tasmania. The visit to such an historic imprisonment setting leaves your mind with all the sorrowful images of enduring prisoners. 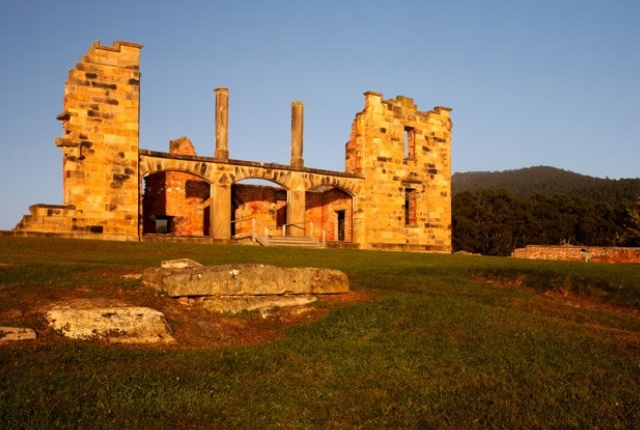 The second last destination in the list of 10 best travel destinations in Tasmania is the Cataract George Reserve. Strolling on the Cataract George Reserve of the ‘Gorge’ as called by the locals, you come across a decent café and Launceston’s Beach. If you are plant and vegetation enthusiast, the best place to quench your thirst is the Victoria garden on the northern side of the Reserve. 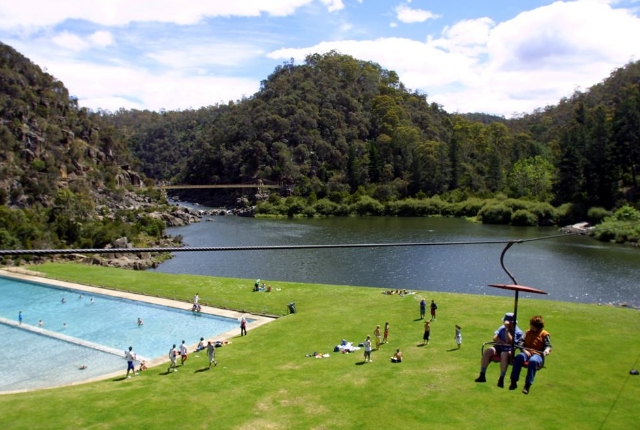 Such evocative name of the place was given in the 18th century on finding a prospect of burning Tasmanian campfires in the bush. Lodging facilities are available in the vicinity from where you happen to see dolphins and whales on the resilient bay waters. Visit the Bay of fires and relish a stupendous experience dipped with adventure. 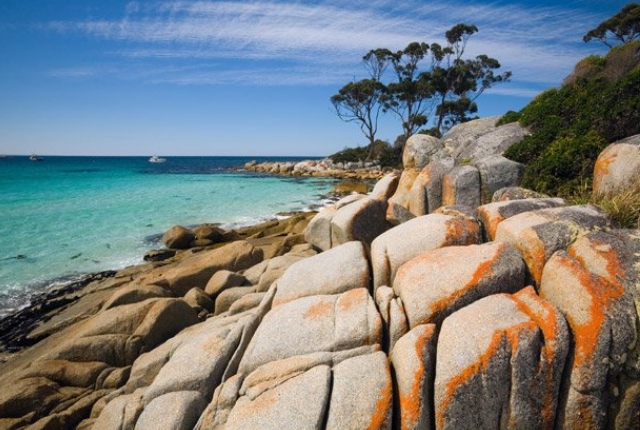 The above mentioned travel destinations are the must visit during your trip to Tasmania. So, check them out!