Culturally abundantly rich Canberra lies between Melbourne and Sydney. A city designed by Ms Marion Mahony Griffin and her husband Walter Burley Griffin, the American architects, and Lake Burley Griffin glitters at the middles of the city. The city’s design is planned in such a manner that it has vast green belts the geometric shapes are adorable. The main attractions being built in a direct triangle shape with the Parliament of Canberra shows the architectural splendor and the meticulous planning involved in building this beautiful city. Known as ‘Bush Capital’ the lush, Canberra is a mesmerizing city surrounded on all sides of farmlands, nature reserves and forests. Capital of Australia, Canberra gets its name from the word Kambera meaning ‘meeting place’.

Here Are Some Of The Best Travel Destinations In Canberra:

The Australian War memorial is a huge structure built in Byzantine-style in the memory of Australia’s soldiers who died in the war and this is one of Canberra’s distressing attaraction. The Memorial yard that welcomes us is a very haunting welcome. The memorial provides a spine chilling lengthy list of soldiers who died in wars since 1885 that is inscribed on the colonnades walls in bronze. 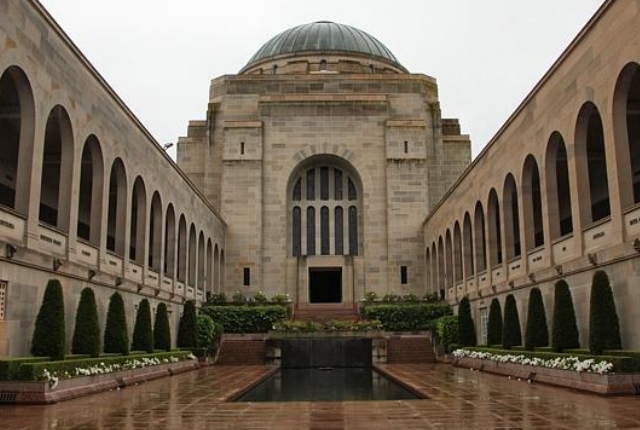 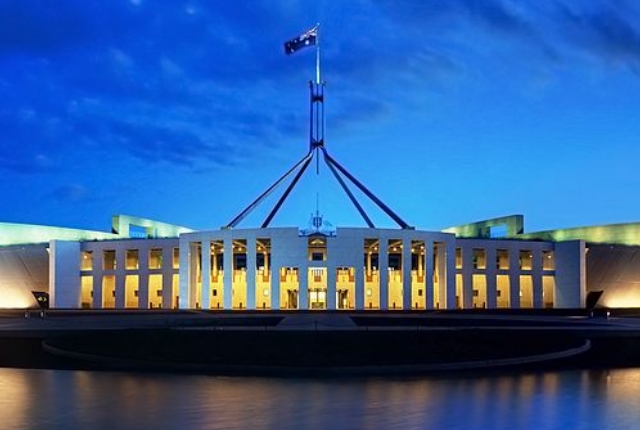 Old Parliament house is located at the base of the Capital Hill. It is at a walking distance from the New Parliament House and built is built in a ‘stripped classical’ design. It was earlier known as the Provincial Parliament House. 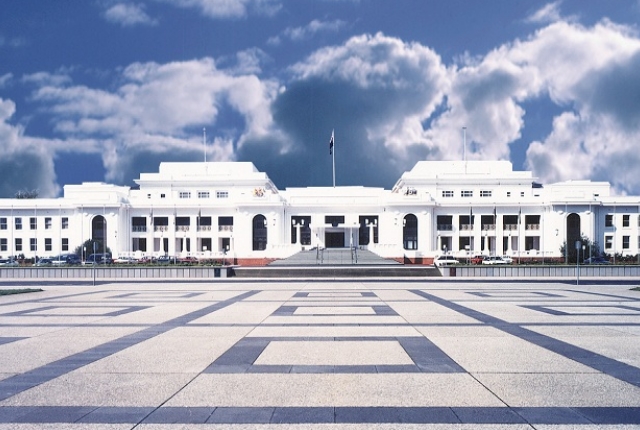 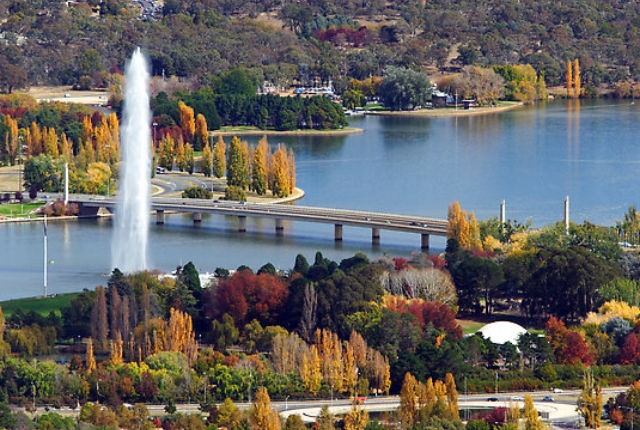 The National Gallery of Australia lies on the shores of the famous Lake Burley Griffin and houses a huge collection of art. The concrete structure in cube shape was inaugurated in October 1982 by Queen Elizabeth II. There are 11 galleries across three levels of the building and the vast collection of arts that started in 1968 comprises of beautiful collections from many continents like Asia Pacific, America, Europe, Asia and Australia. 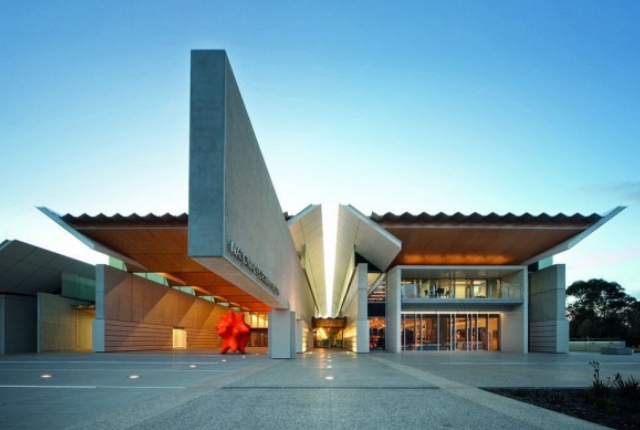 Containing in it around 400 portraits of people who were of huge influence on the nation’s growth, this Museum is located very near to the High Court of Australia. The images of the most influential people of Australia are depicted through sculptures, paintings and photographs.

Inaugurated in the year 1968, the National Library of Australia has thousands of valuable pictures, oral history, music, historic documents, newspapers, manuscripts and books pertaining to Australia. Captain Cook’s Journal is one of the precious possessions it houses. The magnificent stained glass windows in the Foyer are designed by Leonard French. 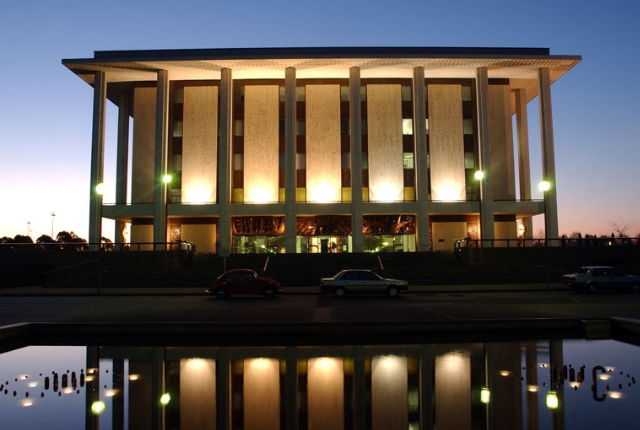 The Questacon National Science and Technology Centre lies in the middle of Lake Burley Griffin sandwiched between the High Court of Australia and National Library of Australia. Inaugurated in 1988, the do-it-yourself science activities and communicative Science displays never fails to inspire and delight adults as well as children who are the future innovators. 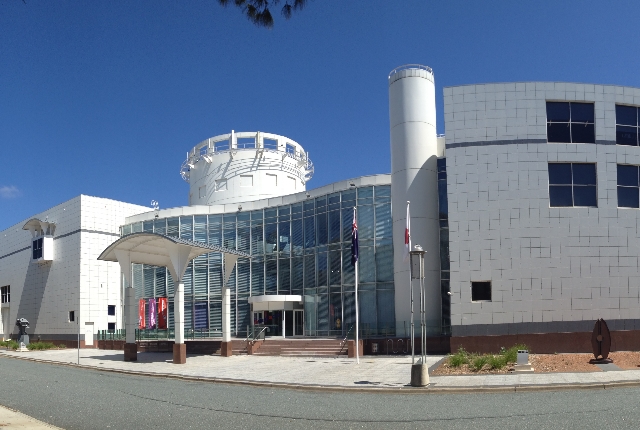 Apart from the popular Red Hills points in the South and Black Hill in the West, the main lookout point in Canberra is the Mount Ainslie which lies in a 2 kilometer distance from the Australian War memorial. The top point gives a panoramic view of the New Parliament House, Lake Burley Griffin, Anzac Parade and Old parliament House. 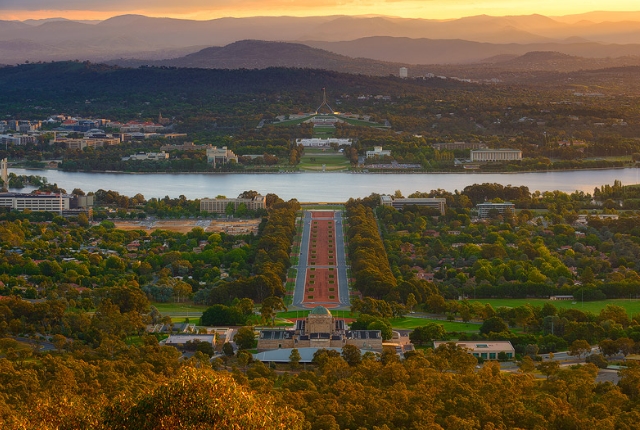 The National Botanic Gardens is 50 hectare greenery underneath the Black Mountain just one kilometer from the centre of the city. The Rain Forest Gully and the Australian Flora never fail to impress the onlooker and visitors. The Red soiled Red Center Garden and Children’s Discovery Walk amuses people of all ages. 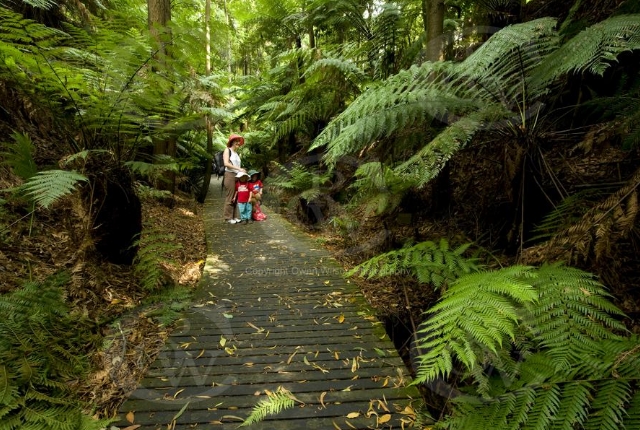